Lily Collins may often be applauded for her impeccable style on the red carpet, but that’s not the only thing earning the actress recognition when it comes to clothes.

The Costume Designers Guild on Monday announced that Collins will receive the Lacoste Spotlight Award, which “honors an actor whose talent and career personify an enduring commitment to excellence, including a special awareness of the role and importance of costume design,” according to a release. 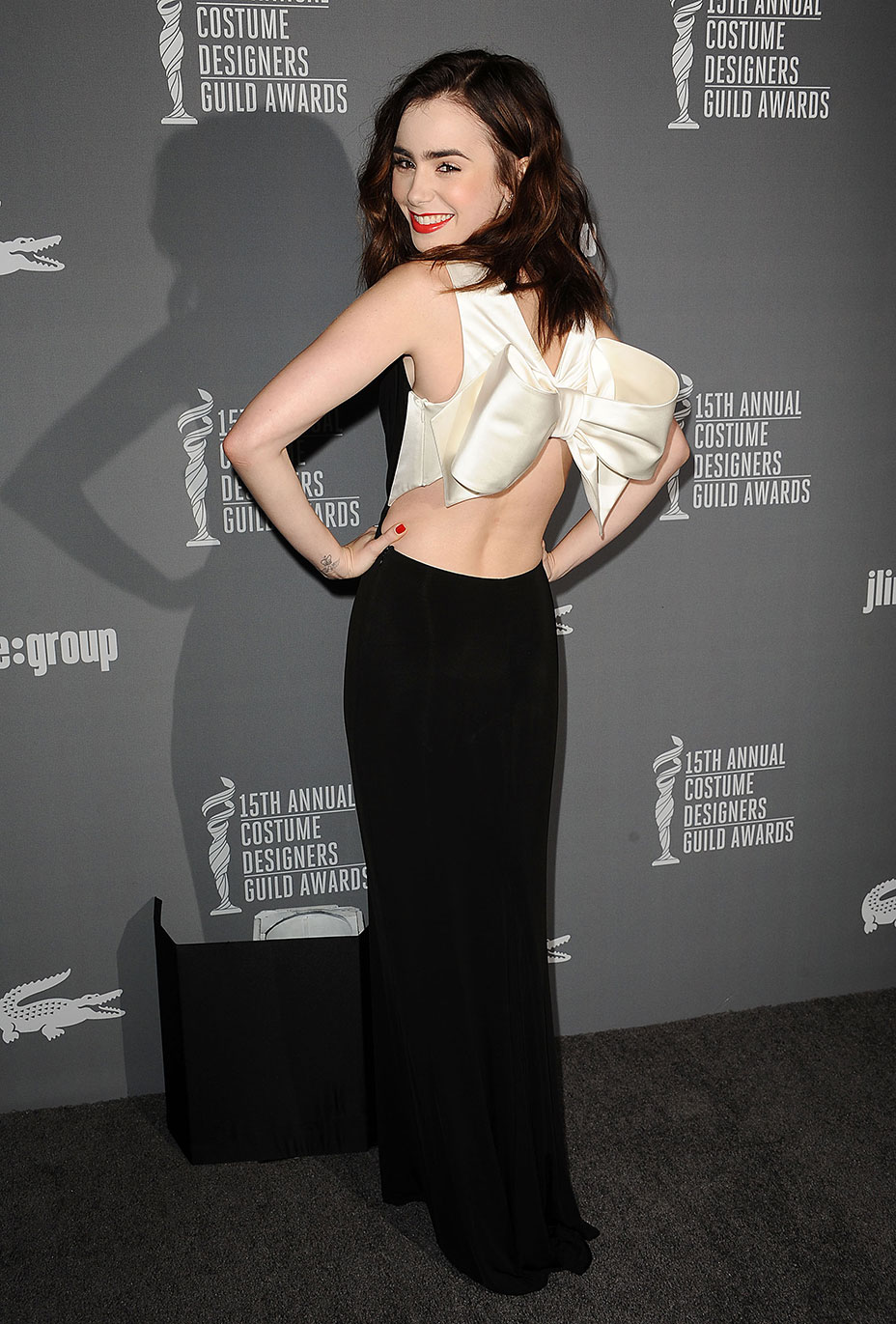 Collins last attended the Costume Designers Guild Awards in 2013, when she stepped out in a Paule Ka gown with an oversize bow in the back that was a tribute to the late Mirror Mirror costume designer Eiko Ishioka, who died of pancreatic cancer at age 73 the year before. Ishioka, who won an Oscar for best costume design for Francis Ford Coppola’s Bram Stoker’s Dracula (1992), won a CDGA for excellence in fantasy film the year that Collins attended the ceremony.

Collins most recently starred in Warren Beatty’s Rules Don’t Apply, which earned her a Golden Globe nomination — her first — for best actress in a musical or comedy. The 27-year-old star’s upcoming projects include To the Bone (which just premiered at Sundance), The Last Tycoon and Okja. In addition to film and TV, Collins also has penned her first memoir, Unfiltered: No Shame, No Regrets, Just Me (HarperCollins), which is due out March 7.

The 19th annual Costume Designers Guild Awards will be held Feb. 21 at the Beverly Hilton Hotel.