Lin-Manuel Miranda, nominated for his best original song “How Far I’ll Go” from Disney’s Moana, hit the red carpet with a special lady on his arm: his mom.

With a little help from stylist Stacy London, Luz Towns-Miranda was radiant in a black Escada gown that she rented from L.A. eveningwear pop-up shop and mobile site Armarium, which she paired with Gemfields earrings and black evening gloves. Lin-Manuel rocked a black tuxedo from San Markos Formals in Yonkers, New York, which the songwriter/playwright noted was the same location from which he rented his prom tux in 1998.

Both mom and son accessorized their Oscars looks with blue ACLU ribbons, which are part of the Stand With ACLU program in support of the nonprofit organization. Stars including Ruth Negga, Karlie Kloss and Casey Affleck have also worn the ribbons in support of the cause.

Mother-son dates are quite common on the red-carpet, but Lin-Manuel’s choice to bring his mother was one that has been in the works for years. Upon hearing about his nomination for the first time, the actor told THR: “My mom called dibs when I was a little kid.” 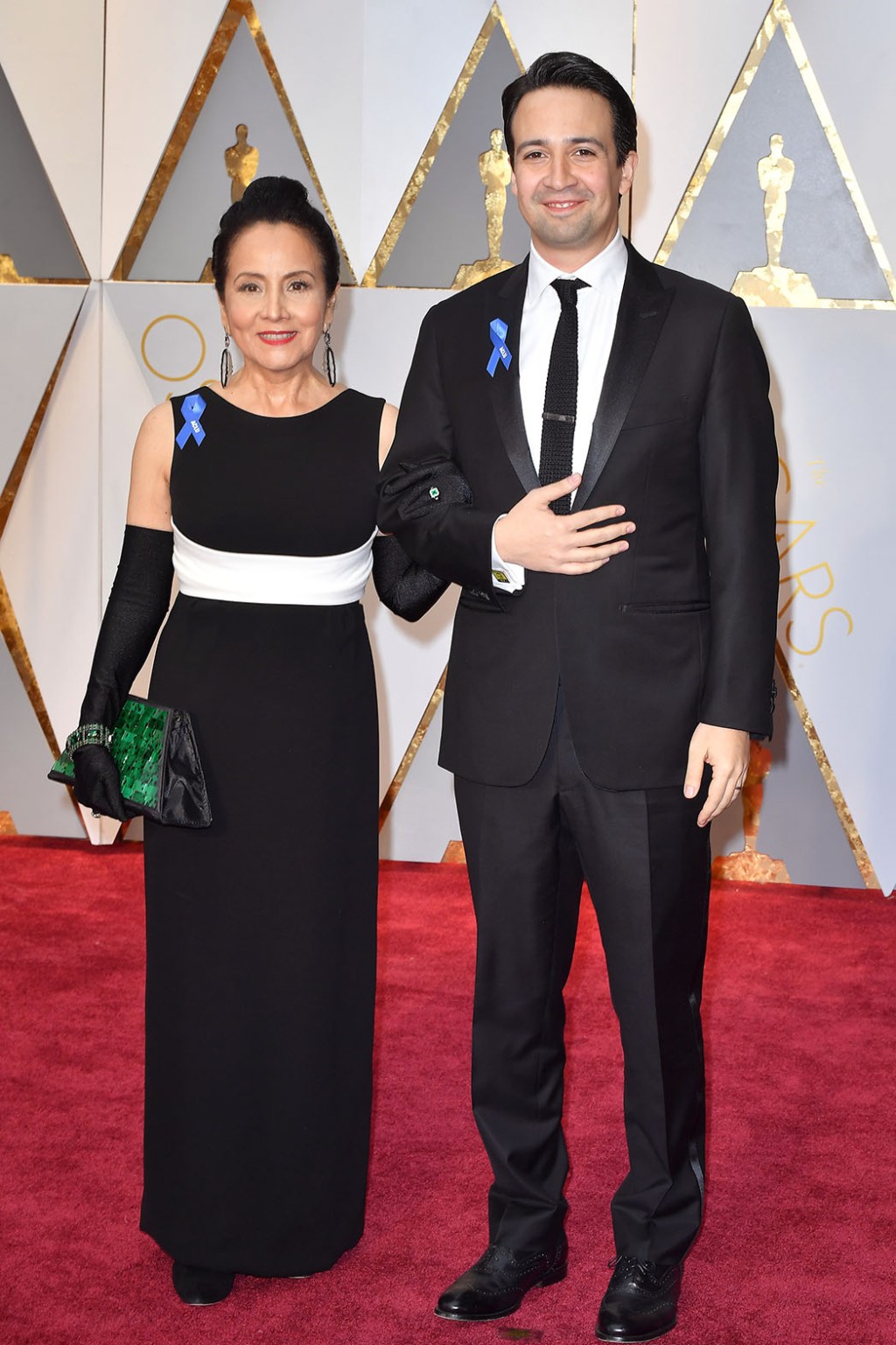