After 10 seasons playing Phoebe Buffay on NBC’s Friends, Lisa Kudrow wasn’t ready to dive back in to another series. “It’s like after you are married for a long time and it ended, and even if it ended well, [another one] is still a big commitment.”

While she created and starred in the popular digital show Web Therapy, starred in two seasons (nine years apart) of HBO’s The Comeback and produces the unscripted series Who Do You Think You Are?, Kudrow, 54, mostly has preferred her screen time in smaller increments. Guest roles include spots on Scandal and Unbreakable Kimmy Schmidt, and her latest arc was on the fourth season of Grace and Frankie, the half-hour Netflix comedy from Friends creator Marta Kauffman. Kudrow plays Sheree, the longtime manicurist turned roommate to Jane Fonda’s Grace who loves rhinestones and a good tracksuit.

Kudrow, an Emmy winner and 11-time nominee, talked to THR about reuniting with Kauffman and Rolo muffins.

How did you get involved?

Marta called me up and said, “Would you do three episodes?” I agreed to it before I knew the role. When I saw the very first episode, I stopped in the middle of it and had to email Marta and Lily [Tomlin] to say thank you. It’s only right that we all have to cheer that men, after so many years, are finally free to express their love to each other, but what about the people that got left behind? I am so happy that there is a show about women over 50, 60, 70 — I’m getting older, and I am really interested in what life is like and what happens.

What was it like working with Jane and Lily?

What I love about iconic movie stars like Jane and Lily is that they make you feel incredibly welcome. It was the end of the day when we started filming and they were messing up their lines, and I suspect that they were doing it on purpose to make sure I felt comfortable. They were apologetic, like, “I’m so sorry. I guess I’m just tired.” And I can’t remember a line to save my life. 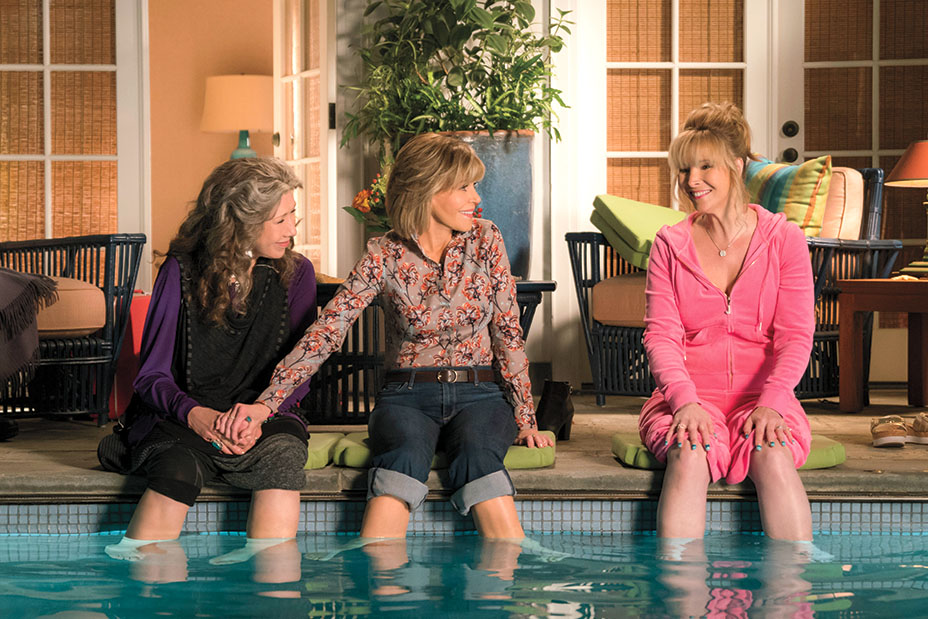 Did you have a favorite scene?

The one with Rolo muffins. Because I got to save one and I was very excited to taste it.

I mean, they were fantastic. They are such a good idea. And the props person baked them for real. That’s always the perk to me — it’s like cookies. Someone asks, “What’s your business here?” “I think I am supposed to be eating cookies in this scene. I think that is what my business is.”

Yeah, I like to guest star. I am kind of being told, “Maybe that’s enough guest stars, Lisa.” And I am like, “Well, I either do that or I do a series,” but that’s such a commitment. I’m so lazy! I did Cougar Town once and we did a lot on the first day. They go, “OK, great. We will see you tomorrow.” And I go, “Tomorrow? There’s more?” And in my head I just go, “Oh, I’m kind of done.” What’s the job that is just one day, I have a good time and then I get to leave?

What makes for a great guest-starring character?

Someone that is a force of some kind, in their own way.