Lisa Paulsen, one of Hollywood’s highest-profile and longest-serving philanthropy executives, is exiting her post as president and CEO of the Entertainment Industry Foundation after a 27-year run. Paulsen, 61, has elected to step down and segue to a more specific role that will free her from the day-to-day churn of executive and administrative demands of the job while allowing her to focus on her “true passions” — EIF development, fundraising and talent relations.

During Paulsen’s tenure, EIF raised over $1 billion for its initiatives addressing important health, educational and social causes. Paulsen announced her decision to step down Wednesday afternoon to EIF staff, which includes 51 full-time employees, most of whom work out of the organization’s headquarters in Los Angeles. (There’s also a small staff in New York City.)

So why now? In a phone interview leading up to the announcement, Paulsen told The Hollywood Reporter that it’s time for a change after 33 years with EIF, 27 of which were spent as president and CEO.

How Lisa Paulsen Gets Hollywood to Open Its Wallet (Q&A)

“It’s been an extraordinary journey for me, filled with so many incredible accomplishments thanks to the industry and our board,” explained Paulsen, who was offered the top EIF job during lunch with Universal’s Lew Wasserman and Dan Slusser. “I want to focus my time and skill set on fundraising, development and managing our major initiatives and all of our fantastic relations with talent. … It’s what I love doing. [Working] on development and being creative by building new programs — it’s the exciting part of the job.”

A press release announcing the change in leadership provided additional details about Paulsen’s work, noting that the creative and fundraising initiatives she will be involved in include EIF’s flagship program, Stand Up to Cancer, work in the education arena and identifying new revenue-generating initiatives for the board’s consideration. Further, Paulsen will remain an executive producer on future SU2C telecasts. Paulsen teamed with eight other co-founders — Katie Couric, Sherry Lansing, Kathleen Lobb, Rusty Robertson, Sue Schwartz, Ellen Ziffren, the late Laura Ziskin and the late Noreen Fraser — to launch SU2C in 2008. Since that time, funding has been doled out to more than 1,200 scientists across more than 140 institutions. 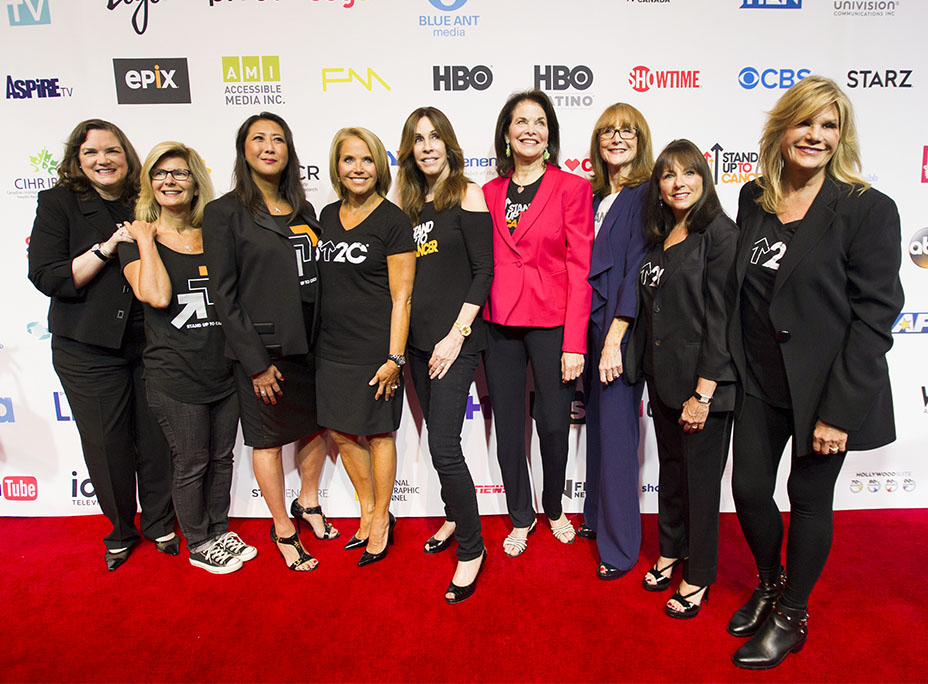 But before she digs into the new role, Paulsen added that she’s “excited” to work with the board to bring in a new president and CEO who will build on the “incredibly rich legacy of this foundation.” EIF board chair Chris Silbermann, a veteran agent and founding partner of ICM Partners, will help oversee the search along with the EIF board.

“Lisa is irreplaceable,” gushed Silbermann, who added that the search will start for a top executive with the help of a sub-committee and likely a search firm to identify top candidates to bring to the EIF board for interviews and final approval. He expects that EIF will fill the role sometime in the summer. “We’re in no rush,” he said. “We have a good team already there making sure the trains are running. This is about the future growth of EIF, so it’s most important that we get it right.”

Silbermann continued, “What Lisa has done is nothing short of incredible. She’s a very uniquely gifted person and she’s done a great job. I have a lot of praise for her.”

How Hollywood Insiders Hatched ‘Think It Up’ Roadblock Telecast

Silbermann has served as chair of EIF’s board for less than six months, after having taken the post over from longtime chair and SU2C co-founder Lansing, whose affiliation with the organization dates back 30 years. “Raising funds to tackle big problems and engaging celebrities to persuade the public to act — that’s the heart and soul of EIF, and Lisa does both superbly,” Lansing said in a statement. “We’re unbelievably fortunate to now have Lisa devote all her time and attention to EIF’s key initiative, Stand Up to Cancer, as well as our work in education. The future for EIF is bright with Lisa focused on these areas.”

Said Couric, “Lisa is the ultimate go-to person when you want to get something done. She has an uncanny ability to take ambitious ideas and turn them into reality by putting together the team needed to make that happen. Quite simply, Stand Up to Cancer would never have come to be without Lisa’s commitment and leadership, and I’m thrilled she will have more time to focus on growing our lifesaving movement.” 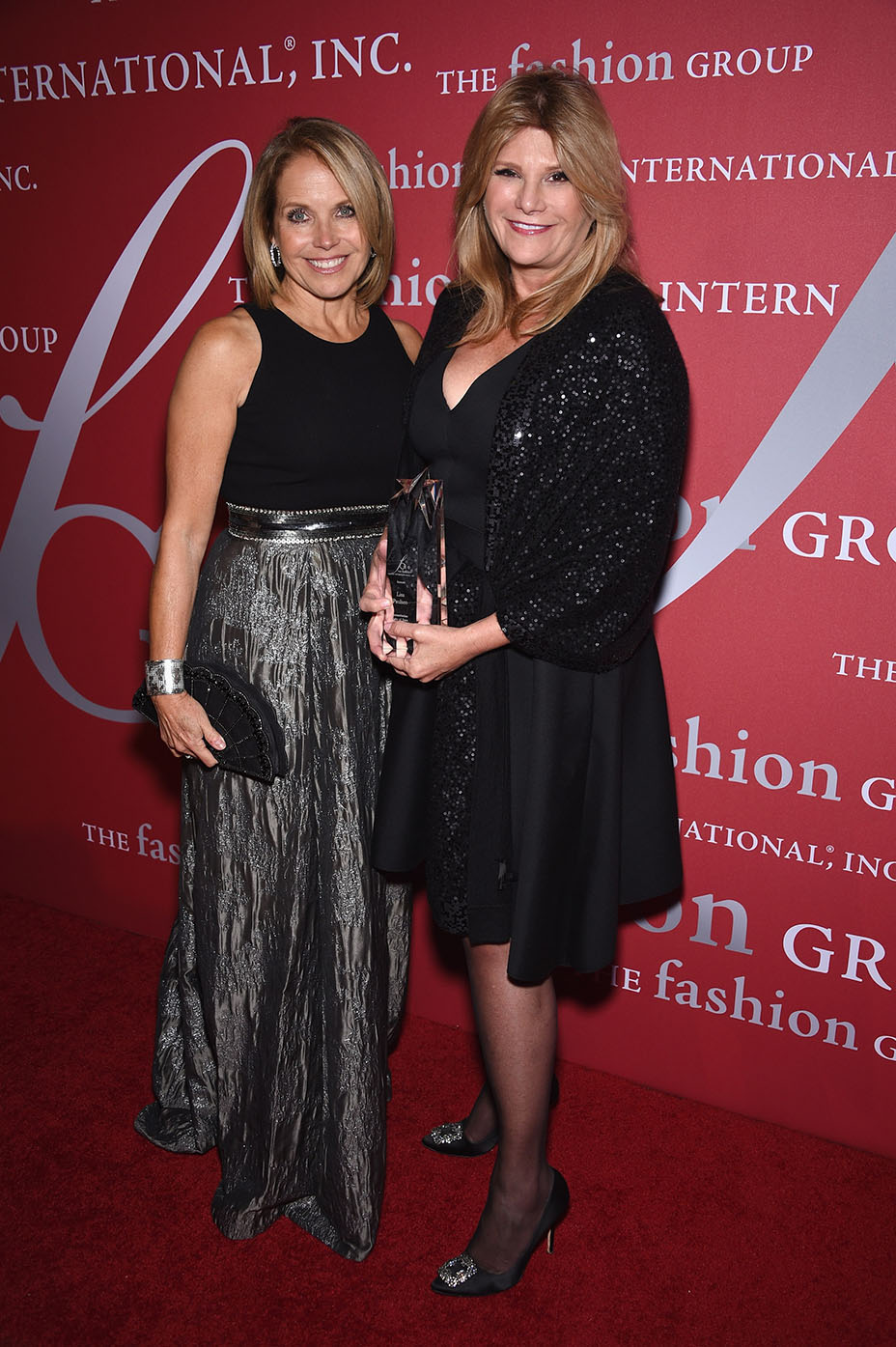 But SU2C isn’t all that Paulsen has done there. Other highlights of her long tenure include:

• Hunger Is, a collaboration Paulsen and the EIF team developed with Albertsons Companies Foundation. Launched in 2014, the program, which is partnered with Oscar winner Viola Davis, raises awareness and funds to end childhood hunger in America. To date, Hunger Is has raised more than $18 million and funded 273 programs.

• Not long after losing her first husband, Jay Monahan, to colon cancer, Couric approached Paulsen about partnering with EIF in the fight against the disease, the country’s second-leading cancer killer. Paulsen led the effort to develop the architecture for EIF’s National Colorectal Cancer Research Alliance, which launched in 2000 and has seen considerable success. From 2000 to 2014, the rate at which people are diagnosed with colorectal cancer, and the rate at which people die from it, have both dropped more than 30% among Americans over age 50, according to the American Cancer Society.

• Under Paulsen’s leadership, for the past 21 years EIF and People have co-hosted the official SAG Awards post-awards gala, held immediately after the annual ceremony, to honor the charitable efforts of actors in their communities and support the work of the SAG-AFTRA Foundation.

Asked to pick her proudest moment during her three decades of work, Paulsen said it’s a challenge to pick just one. She is pleased with so much of the organization’s work, from SU2C to the recently launched education initiative Think It Up, but it’s the life-saving programs that touch her heart most. “Any time that we can look a life we’ve saved or to be able to meet a patient and connect them with a clinician — it’s the most heart-warming thing in the world,” Paulsen explained. “Being able to say that we’ve saved that person’s life makes me most proud because it’s the centerpiece of what we’ve been doing.”

When it comes to her own life, Paulsen shrugs off the question of how people should refer to her moving forward in a newly created position. “I won’t have a title,” she answered. “I don’t need one. I will be Lisa Paulsen with the Entertainment Industry Foundation.” 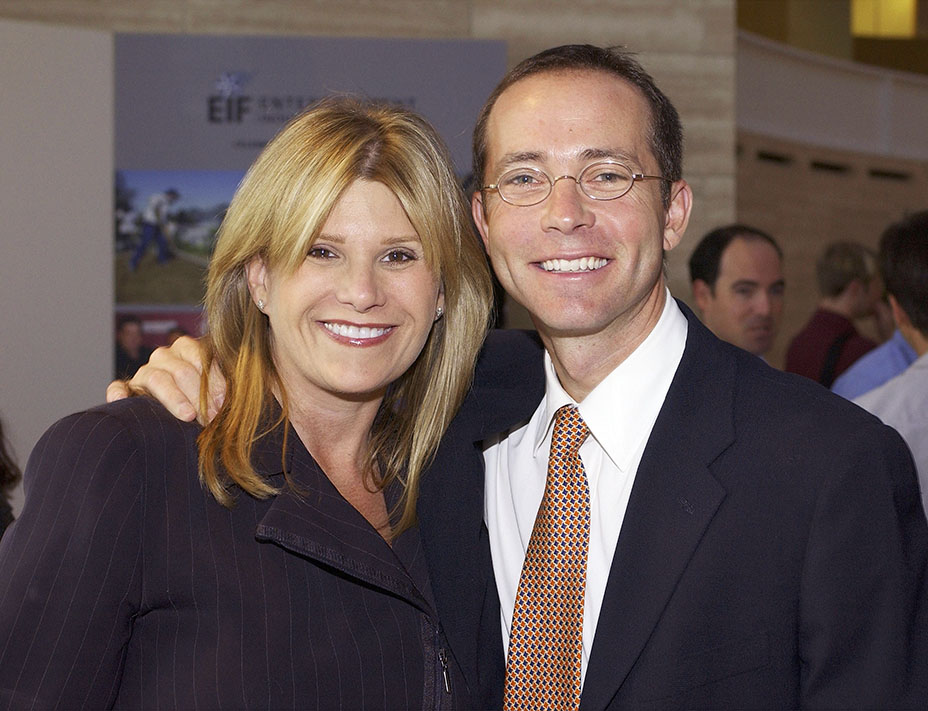