For the past two months, protests have provoked difficult conversations around social justice, race and inequality, discussions that have often been aided or informed by storytelling in its many forms.

One story in particular that has risen to the challenge, both as a novel and a limited series: Little Fires Everywhere. A New York Times best-seller, the sophomore novel by Celeste Ng debuted to national acclaim in 2017, with the Times‘ review calling it “an utterly engrossing, often heartbreaking, deeply empathetic experience.” The story follows the collision between two families and the mothers who lead them: Elena Richardson, the matriarch of a seemingly perfect suburban family, and Mia Warren, a single mother and artist who raises her daughter wherever her art happens to take her.

The eight-part Hulu adaptation, which premiered March 18 and is nominated for five Emmys, including outstanding limited series, drew heavily from the book, bringing Ng on as a producer.

Though the novel and show differ slightly, both center on the relationship between race and class, themes that could not resonate more at this moment. “I hope that this show helps continue conversations,” says Ng. “We’re at a point where we’re realizing how badly we need to have these conversations about race and class and inequalities of all kinds.”

Ng, who is Chinese American, grew up in Pittsburgh and Shaker Heights, Ohio (the setting of Little Fires Everywhere) — areas with little Asian representation — and says her story comes from a personal place. “I’ve felt like I’m an outsider for most of my life, so I think a lot about that power imbalance, what it means to feel like you aren’t being seen or heard or that people see you differently than you know yourself to be,” she says. 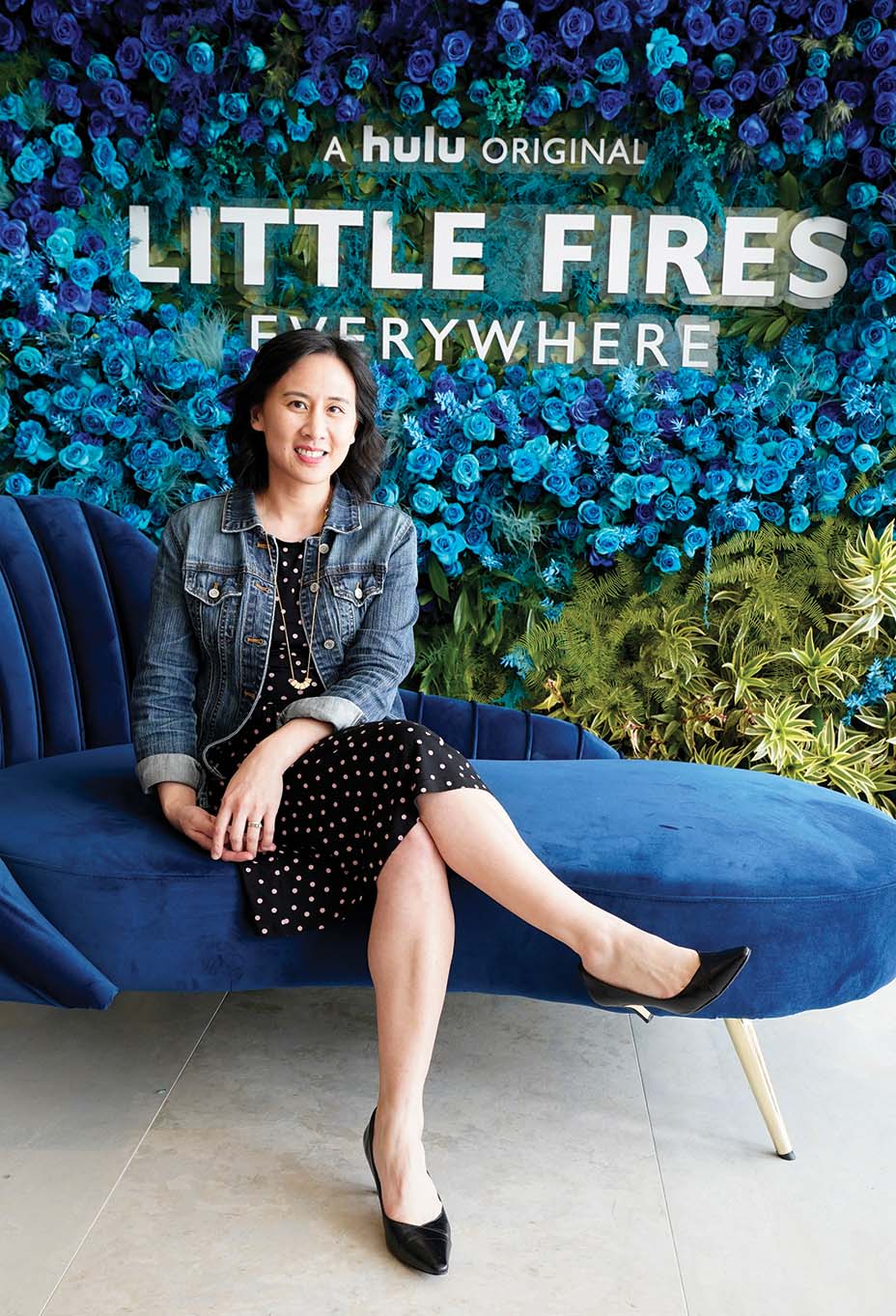 Though Little Fires Everywhere focuses on two non-Asian mothers and their families, the crux of the plot is their differing views on the contested adoption of a Chinese American baby by white parents. None of the other central characters in the book, however, are explicitly people of color — which may come as a surprise to fans of the show. Mia Warren, the character that earned Kerry Washington an Emmy nomination, is not attributed racial indicators or descriptions.

“I thought about making Mia and Pearl [her daughter] characters of color,” Ng elaborates. “It felt like it matched up with the idea of them being outsiders because class and race are so closely tied together.”

With the Chinese American adoption at the center of the story, Ng felt that another Asian American character would simplify the complex dynamic at hand. “I didn’t feel like I was the right person to try to imagine a Black woman’s experience in America or a Latinx woman’s experience in America, because I know that some things I might be able to imagine, but other things I know that I don’t know about.”

Ng continued to write the book as though the Warrens were working-class white characters. But when the idea of casting Washington came up, Ng was thrilled. “I loved that because to me it said that [producer and star Reese Witherspoon and Hello Sunshine’s Lauren Neustadter] were looking at the book in the way that I wanted it to be looked at: They were thinking about how race and class connect, they were leaning into having those discussions,” Ng says. “I knew that Kerry and the many Black writers in the writers room would be able to portray a Black woman’s experience in a way that I wasn’t able to in the book.”

Izzy Richardson, the youngest daughter and black sheep of the Richardson family played by Megan Stott, was a similar case. “When I conceived this character,” says Ng, “she felt so isolated in so many ways, and it felt to me like she might be questioning her sexuality.” Though that character development was not made clear in the book, showrunner Liz Tigelaar and the writers quickly proposed it, again to a positive response from Ng. “It matched the themes,” she continues, “those ideas about who you appear to be on the outside, who people think you should be, versus how you know yourself to be on the inside. It fit really well with the time period, too. I think we forget how even just 20 years ago there was so much less support for queer people.” 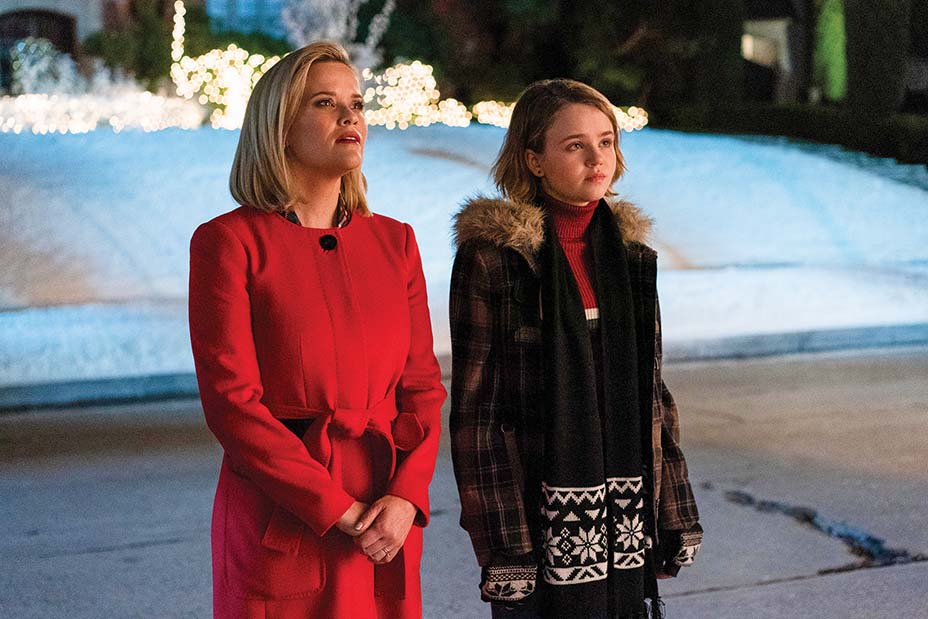 On its own, the novel is a fascinating look at class and race and how much and how little society has changed since the story’s late-’90s setting. The nuances in the adaptation can be attributed to Tigelaar’s determination to build a diverse writers room. “An incredibly diverse group of people,” Ng says, “not just your token Black person, your token Asian person, but really different backgrounds and experiences. Liz says it well: ‘There wasn’t one aspect that was each person’s go-to; each person spoke to many aspects of the characters.’ There were so many people there to talk about [each experience] that we never forgot that nobody’s experience is the experience.”

The series ends where the novel does, with a surprise twist to keep fans of the book guessing, but there are no plans to continue the show. “Liz and I are on the same page in that, if there were to be a season two, we would want there to be a really compelling reason to continue this story,” Ng says. “Both of us are fans of ending the story at the right moment.”

“[The series] reached people who were fans of the book,” Ng continues, “but it also reached people who hadn’t seen the book before, and it got them talking and thinking about the issues and themes in the show, which I think is the nicest thing that a writer could possibly hope for.”