This December, Amanda McKee gets her due, finally. After years as the backbone of the Valiant Universe, McKee — aka the technopath better known as Livewire — will finally be the star of her own comic book series, written by rising star Vita Ayala with art by Raul Allen and Patricia Martin.

The monthly Livewire series picks up from the end of the recent Harbinger Wars 2 storyline, which saw McKee go rogue in an attempt to protect “psiots” — people with natural superhuman abilities, like her — from the U.S. government, leading to a confrontation with heroes she once considered friends, as well as a blackout of the entire continental United States.

Now an outlaw, hunted by the very people she once proudly worked alongside, McKee is forced to re-evaluate herself — and the new series gives Ayala a chance to newly evaluate who the character has become. Heat Vision spoke to Ayala about the upcoming series.

Amanda McKee has been a character who has been central to the Valiant Universe for years now, whether in titles like Harbinger or Unity, or as one of the leads of more recent series like Secret Weapons or Harbinger Wars 2. Why is now the time for her to step up for a solo series?

Amanda has always been such a strong, complex, compelling character, and I personally have been waiting for a long time for her to get her own solo title. I think that one of the reasons that right now is such a ripe time for it is that, the other keystone series are firmly underway. The Valiant Beyond initiative is an amazing way to highlight characters who should be at the center of the conversation. Amanda deserves to shine, and the folks over at Valiant are determined that her first solo book be impactful!

And honestly, we need a hero like Amanda right now.

How does Amanda work as a solo character? She’s always been placed in group or social settings prior to this, and as a fan of the character, one of the things I’ve enjoyed about her is that she comes across, to me, as someone who operates well with others.

Amanda has trained to be a team player since she was a child. She was an acolyte of [Harbinger founder and fellow psiot] Toyo Harada, she was a member of Unity and she was the guardian of the Secret Weapons kids. She is a community-oriented person, for sure.

Her deep-rooted emotional connection to who she perceives as her people — psiots in general, and the Secret Weapons in particular — doesn’t go away just because she isn’t in their presence. Rather, she uses her loyalties as a motivation always. She is a protector and a problem solver at her core, and so in the absence of her people around her, she finds ways to help others.

Spinning out of that, to an extent: Amanda’s MO has evolved — if not downright shifted almost entirely — in the time readers have been following her in the current Valiant continuity; she’s become much more proactive and self-assured, which arguably reached its peak in Harbinger Wars 2. Where is she when the series opens, and how has her growth and evolution impacted your approach to her as a character? She feels like that rarity in superhero comics: someone who can, and has, grown without being rebooted on a regular basis.

She’s in a rough place, but she doesn’t quite know it until she is forced to confront some of the negative consequences of her actions up close and personal. The purpose of a reboot is to get a fresh start not necessarily dependent on history, but with the start of this series, we were much more interested in exploring the process of character change and growth.

Her external journey is a redemptive arc — atoning for what she must, and taking full responsibility for her actions in a way that leads to her doing more good.

Her internal journey is about reassessing herself — not just coming off of the events in Harbinger Wars 2, but also from her associations with Harada. This is not to say she doesn’t know who she is, but rather that she has operated up until now based on principles and practices that she developed during her time with Harbinger. That has served her well in the past, but things have changed, and she has to figure out if they are right for her as a person and as a hero.

What can you do with Livewire as a series that you can’t do with your other work?

In my own writing, I try to tell small stories and explore problems and questions I have in an intimate and smaller way. I wouldn’t say they are quieter stories, but I would say that they are smaller.

To me, Amanda/Livewire is special in that she invites empathy and understanding even as she is someone larger than life. She is epic in that way that archetypal heroes like Hercules and Odysseus are epic. And her world — the Valiant Universe — is big and full, having so much history that even a brand-new series that doesn’t rely on referencing back to it at all still gets the benefits of that context.

With Livewire, I can tell close, intimate stories, or big bombastic tales. With Livewire, we see the universal in the particular.

Finally, how can you tease what you’re planning with the first arc of the series?

Nothing specific, but what I can say is that in the first arc, the challenges that face Amanda will be very up close and personal. There will be plenty of big action, but the stakes are very intimate. It is exciting and dynamic, but also has some very intense, quiet moments. We get to see an antagonist that is on the other side of the coin. I tried to give her an adversary that was a challenge for her in every way. It’s gonna be a blast! 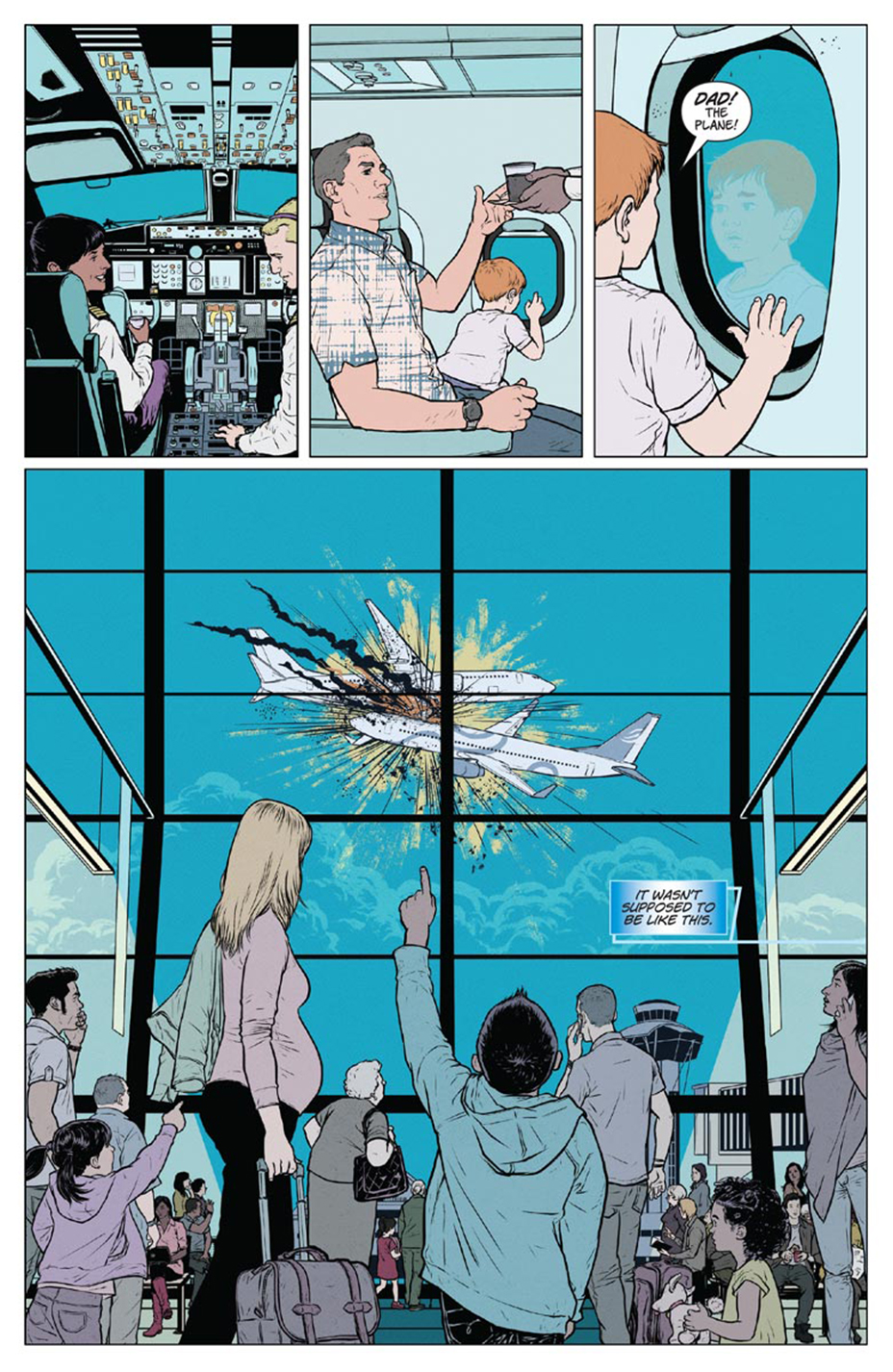 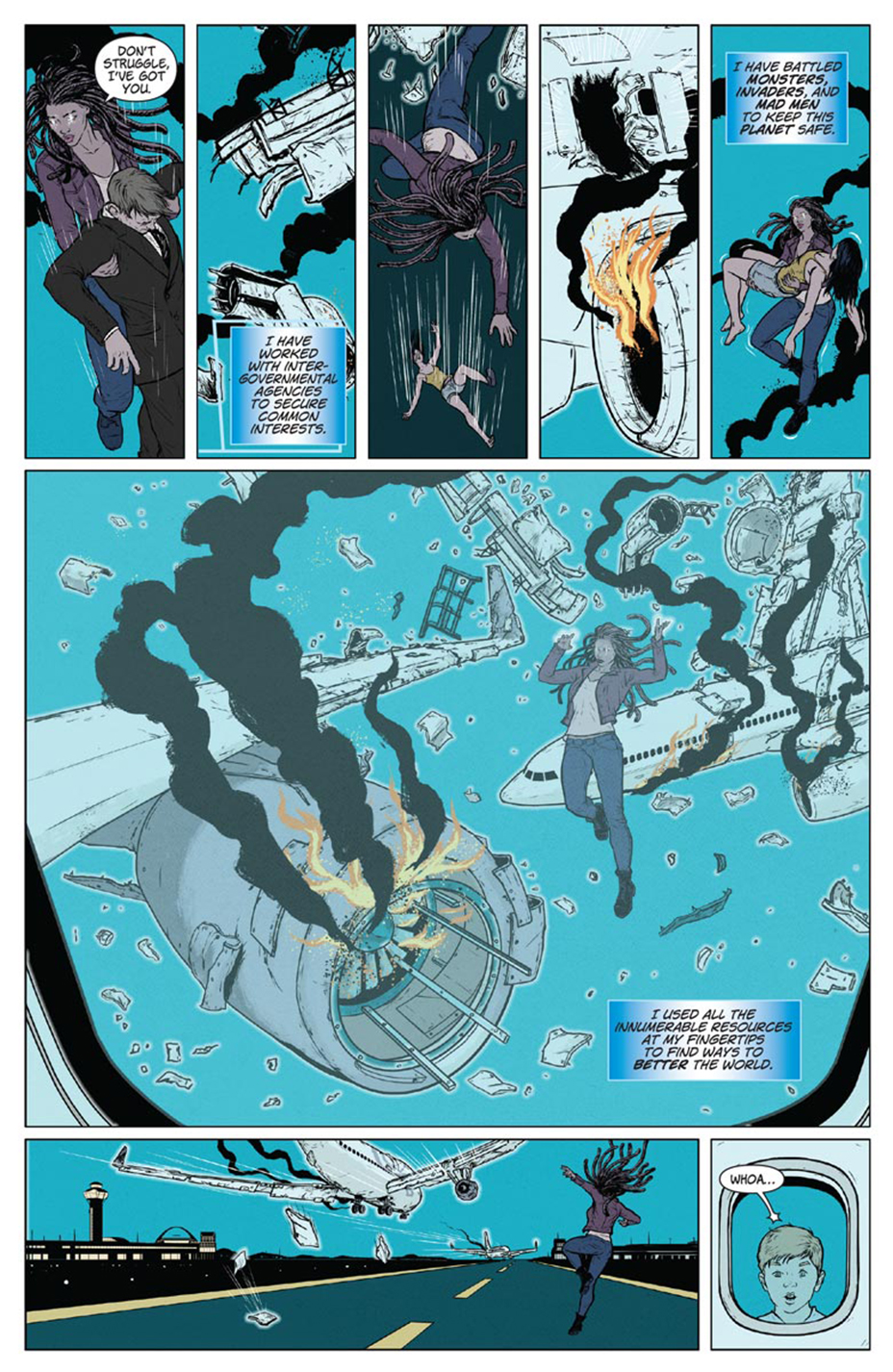 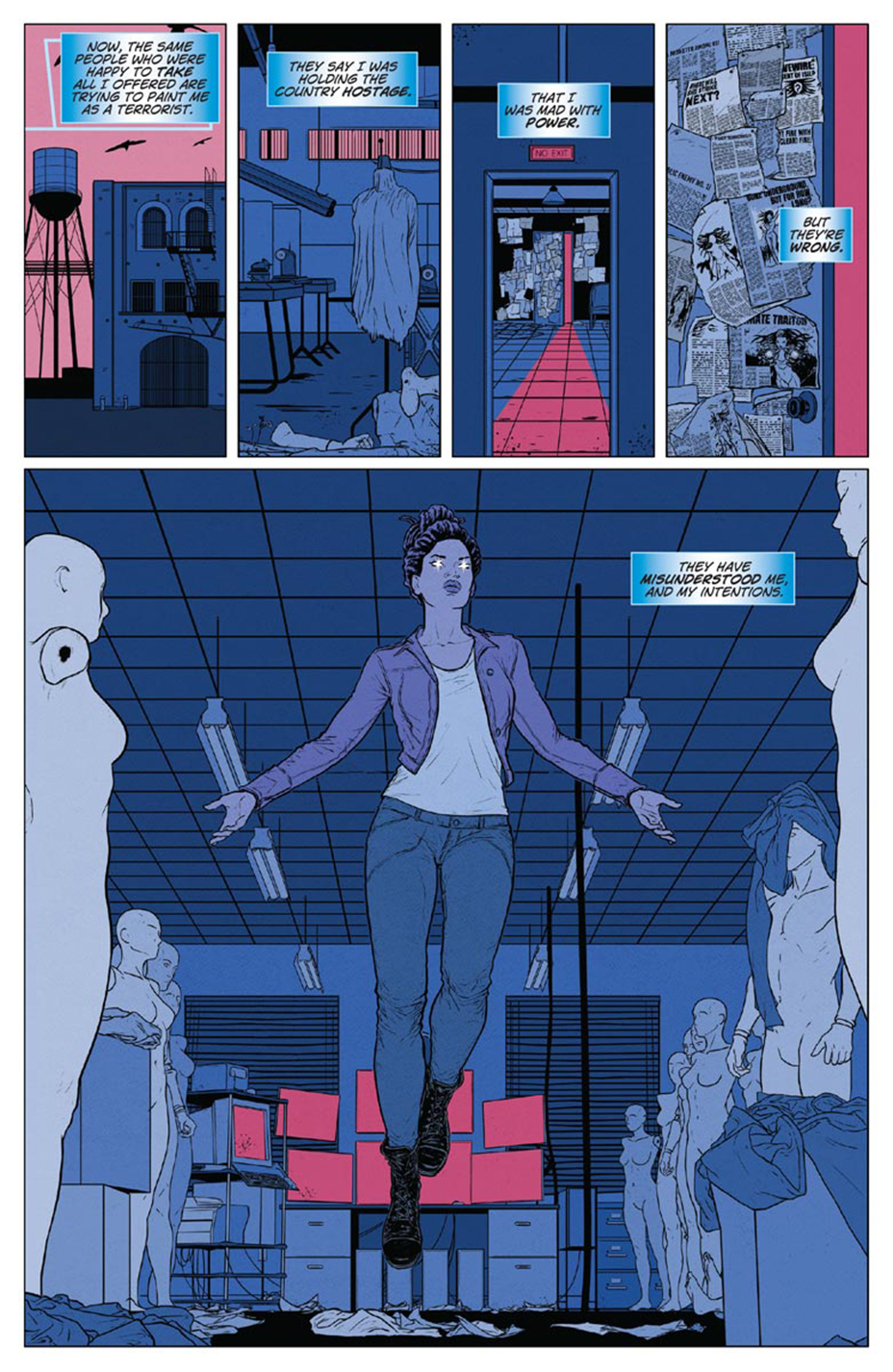 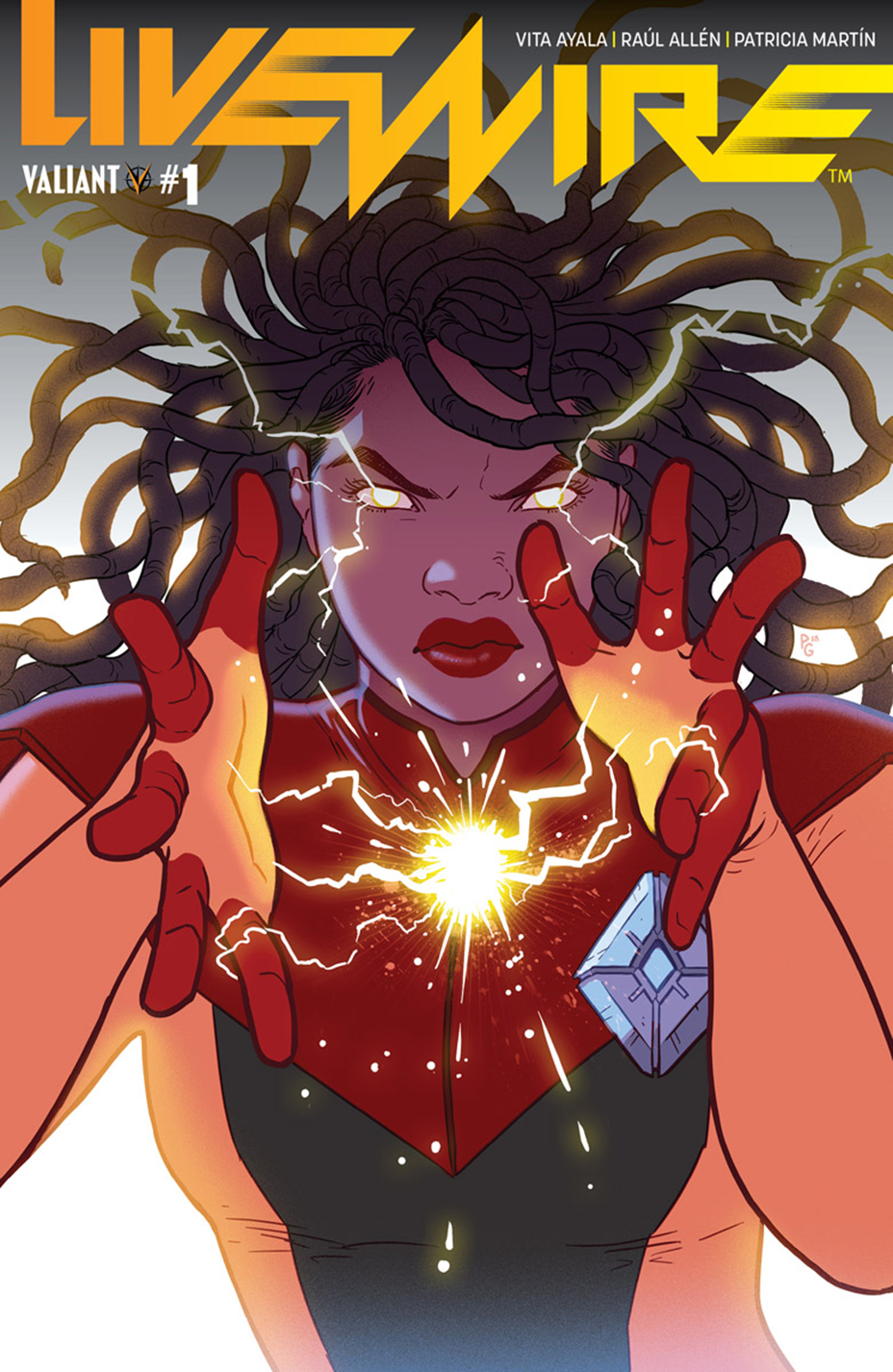 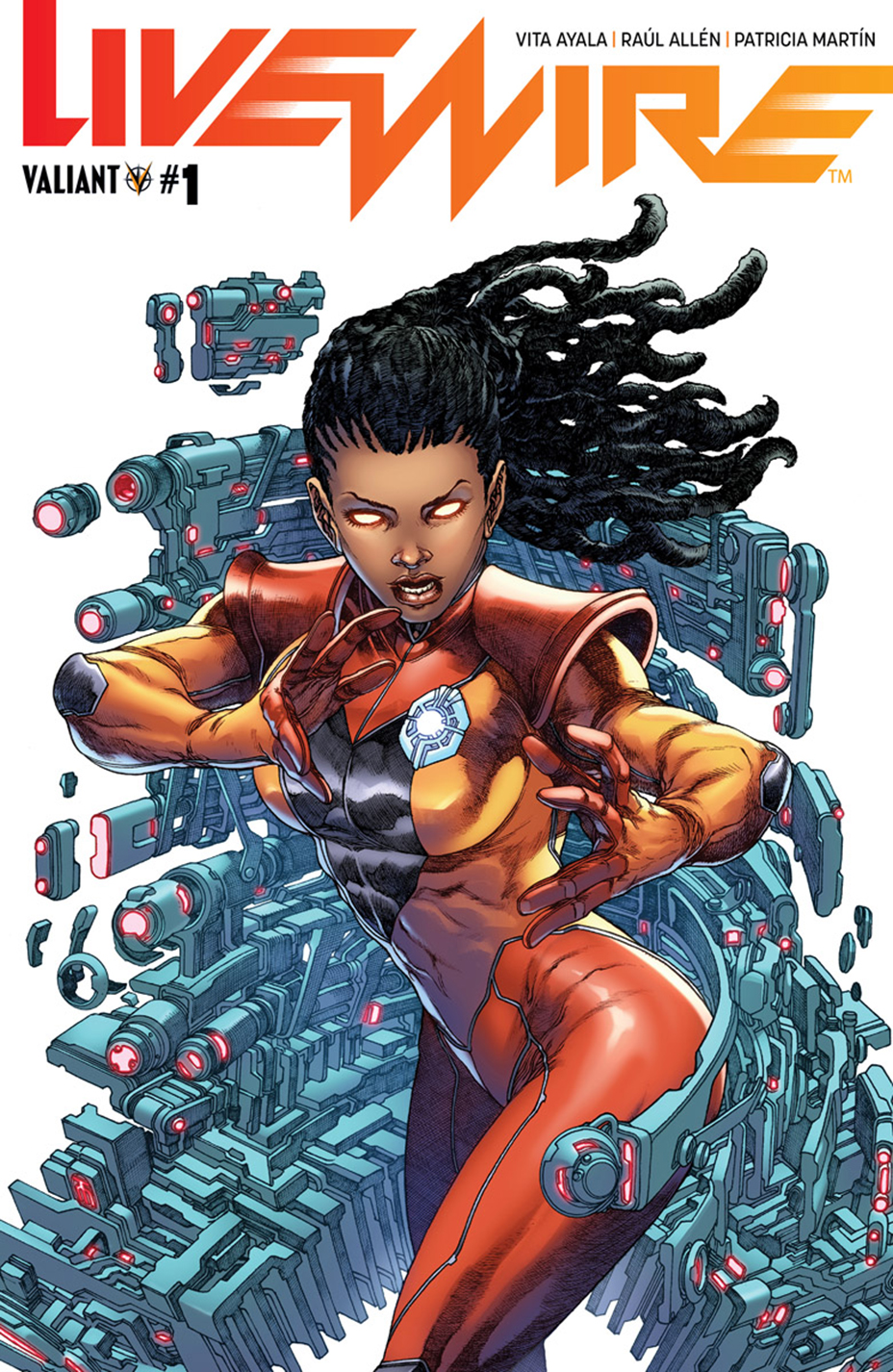 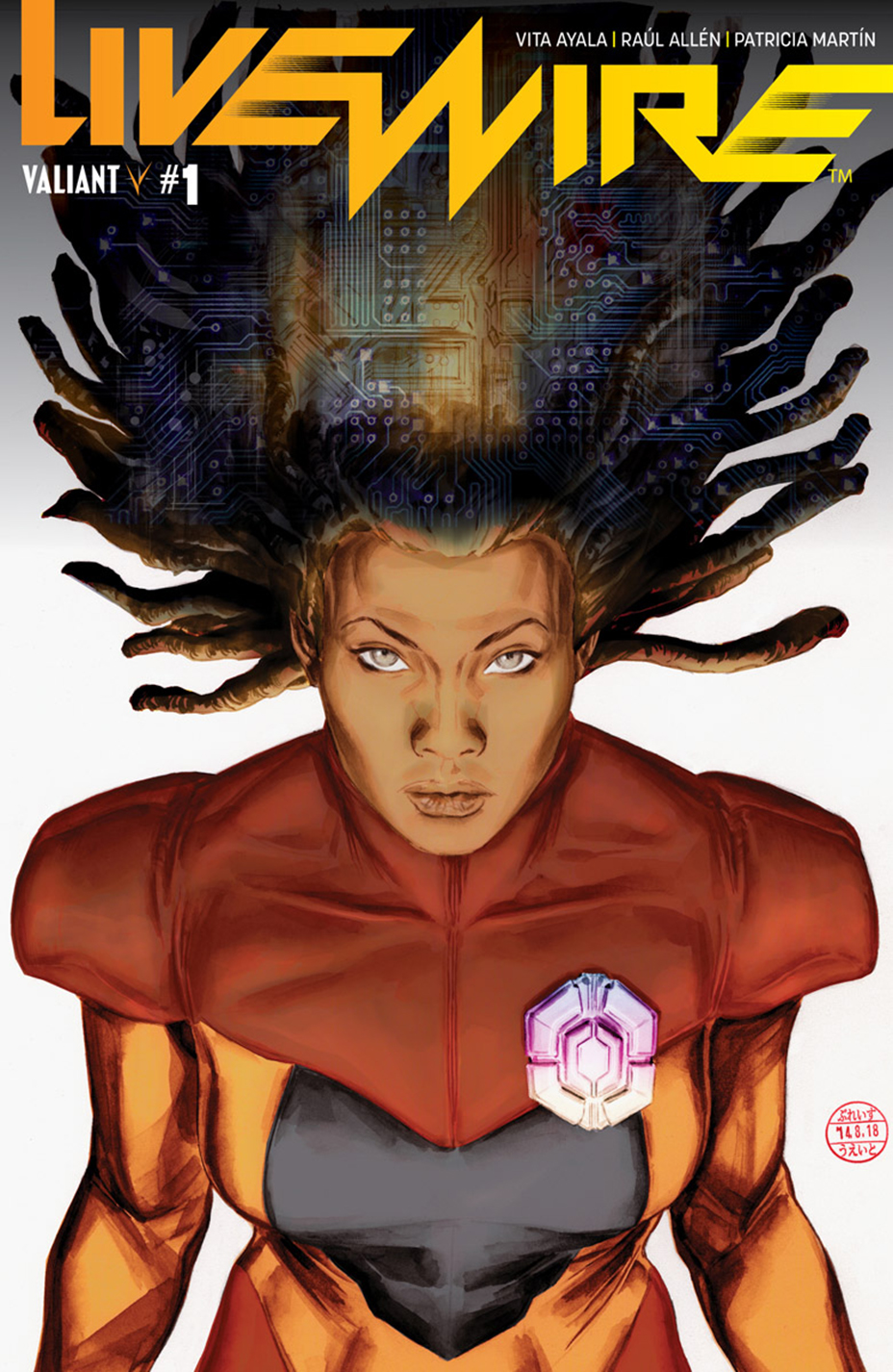 Livewire launches in December, with the first issue available for preorder soon.