During the 2019 MTV Video Music Awards, Lizzo turned the Prudential Center stage into a butt-filled hot spot when she performed a medley of her hits.

The singer, wearing a trench coat, and her dancers strutted in front of a giant inflatable rear end and sang the first lines of her Billboard-topping hit “Truth Hurts.”

The singer, nominated for four awards, belted her high notes. Her dancers, with leggings complete with rear end cut-outs, shook their behinds and swayed their hips in the background.

She transitioned from “Truth Hurts” to “Good as Hell” while she stripped off the trench coat to reveal a yellow leotard, which matched her equally bright eye shadow.

She took a break from the performance to talk about loving yourself and finding self-confidence, saying her fans should know that no one’s opinions should matter when it comes to happiness.

“I’m tired of the bullshit,” she told the audience. “We deserve to feel good as hell.”

She continued singing as her dancers, clad in cloud-patterned costumes, moved around her. At the end of the song, they threw their wigs into the air. 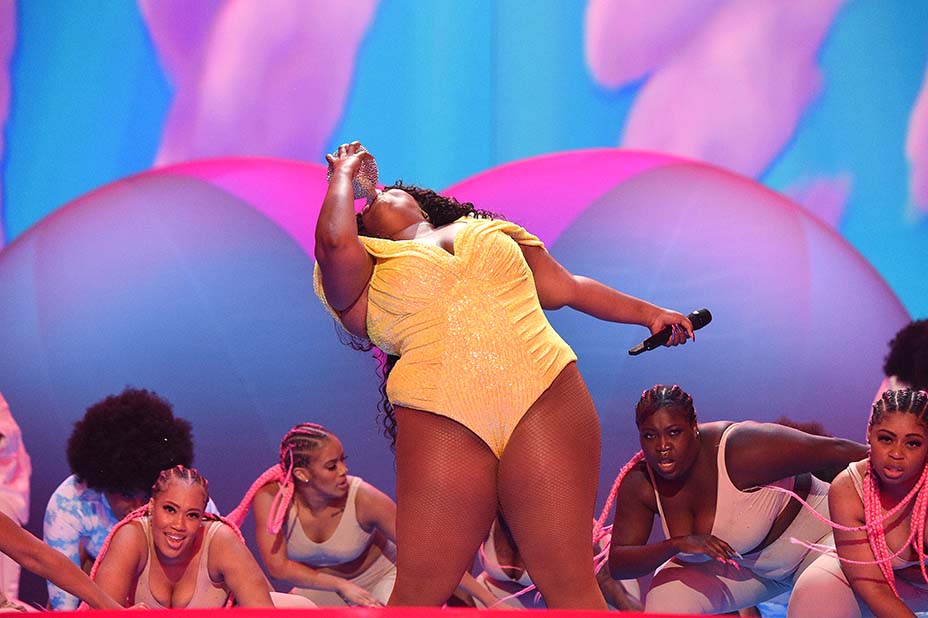