Sunday night at the 62nd Grammy Awards, the self-proclaimed risk-taking “bad bitch” walked the Grammys red carpet for the first time, a vision in white.

“I was thinking of the powerful, iconic women who have come before her, and the image they’ve relayed when it’s come to glamour,” Monroe said ahead of the show. For her part, Lizzo called the look an homage to Diana Ross on the red carpet. 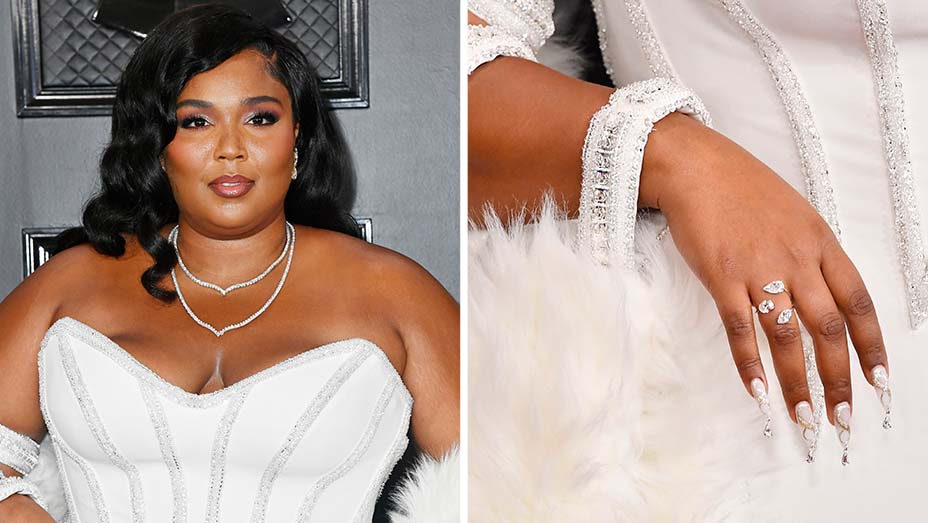 The 31-year-old singer scored the most Grammy nominations this year, a total of eight including all four general categories — record of the year, album of the year, song of the year and best new artist — where she’s competing with Billie Eilish, who also scored nominations for the major four. She already won best pop solo performance.

And it was her trend-setting tin Valentino handbag that made headlines at the 2019 American Music Awards, which she paired with a ruffled orange Valentino minidress and white patent leather Stuart Weitzman mules.

At the 2019 BET Awards, Lizzo donned a wood grain motif from head to toe, including a hair piece created by stylist Shelby Swain, a wood-grain manicure executed by nail artist Eri Ishizu, and a puffy-sleeved minidress from House of Holland with matching booties. The “Juice” singer loves a solid monochromatic ensemble.