Continue to The Hollywood Reporter SKIP AD
You will be redirected back to your article in seconds
Skip to main content
July 10, 2018 5:00am
Logo text

There’s something very scary inside Central Park, and it’s about to run rampant across New York City — unless the hidden defenders of the secret at the heart of the city can stop it in time in a new comic book miniseries from AfterShock Comics, Lollipop Kids.

“Lollipop Kids plays with the idea that the immigrants who have poured into this country for over 400 years didn’t just come here in search of the American Dream, they came here to get rid of their monsters so that their home countries would never again have to suffer,” writer Adam Glass tells Heat Vision. “Which means America is the secret prison to all the monsters throughout history, everything from Dragons, the Big Bad Wolf, Medusa, Vlad the Impaler, Frankenstein, etc…and they have all been locked up for hundreds of years in the Greensward Forest — better known today as Central Park.”

'RuPaul's Drag Race' Winner Willow Pill on Historic Win: "This Is My Future and Reign, and It Goes How I Want It to Go"

But who protects Central Park? The titular Lollipop Kids, of course. “They have a long history that has been handed down from generation to generation, so if you are a legacy, you too may be called to serve and protect the world from the things that go bump in the night. And when there is a sudden jailbreak in modern times, and monsters are going to escape the park and attack the city, Nick Motley, 14, from Harlem, gets the call and is pulled into a world that he and most New Yorkers have no idea exists just beyond the trees and bushes of the park. It’s Harry Potter for inner-city kids and my love letter to Central Park.”

Not only Glass’ love letter, as it turns out, as he’s just one of the creators of the central concept behind the series.

“I’m writing it, but my son and I came up with the story and broke the series out,” Glass says. “Aidan, now 14, and I have always had a very creative relationship. In fact, our whole family has. Storytelling, music and comedy have always been a big part of our dinnertime discussions and activities. The joke is my kids knew how to pitch before they could walk because Daddy was always trying his TV, movie and comic book pitches out on his family. But one of the things Aidan, my wife, Mia, and I used to do with our kids is make up bedtime stories, and Lollipop Kids is one of those stories. And throughout the years it’s evolved.”

Aidan notes that it’s “cool” working with someone he looks up to.

“We think alike, so we always seem to be on the same page creatively,” Aidan says. “I know how lucky I am to get this chance, and I’m very thankful for it. I mean, come on, how many 14-year-old kids get to see a book come to life based off an idea they have? I have known Mike, Lee and Joe of AfterShock for most of my life, so I really appreciate them taking a chance on me, and I won’t let them down.”

This isn’t the first time Aidan’s ideas have made it to print, however. “I have created a couple of characters with my dad in the past,” he explains. “First, Iceberg — I just saw Titanic — who was on my dad’s run of DC’s New 52 Suicide Squad. Then, more recently, I helped my dad create Roundhouse for his most recent run on DC’s Teen Titans.” (If he could come up with his own superhero, he says, “I love the Flash and the Speed Force and would like to create something like that but with a very different take.”)

Lollipop Kids — a series he describes as “a labor of love between a father and son making our dreams come true as we write this story together and share it with the world” — continues Adam Glass’ relationship with AfterShock Comics. He previously wrote and created Rough Riders and The Normals for the publisher.

“AfterShock Comics is like home, a place that allows me to spread my creative wings and soar,” the writer says. “I’ve had and continue to have the pleasure of playing with some of comics’ greatest intellectual properties, which I’m very thankful for, but creating something that might live on beyond me and make a real impact on a reader’s mind — well, that’s priceless, and it’s why I love building new worlds and working with AfterShock.”

The series, which will be illustrated by Diego Yapur — whose art, Glass said, is “out of this world. This book will make him a lot of new fans” — launches on Oct. 2 with a first issue available with two covers, both of which are below. The first features art by Robert Hack; the second, by David Lopez. 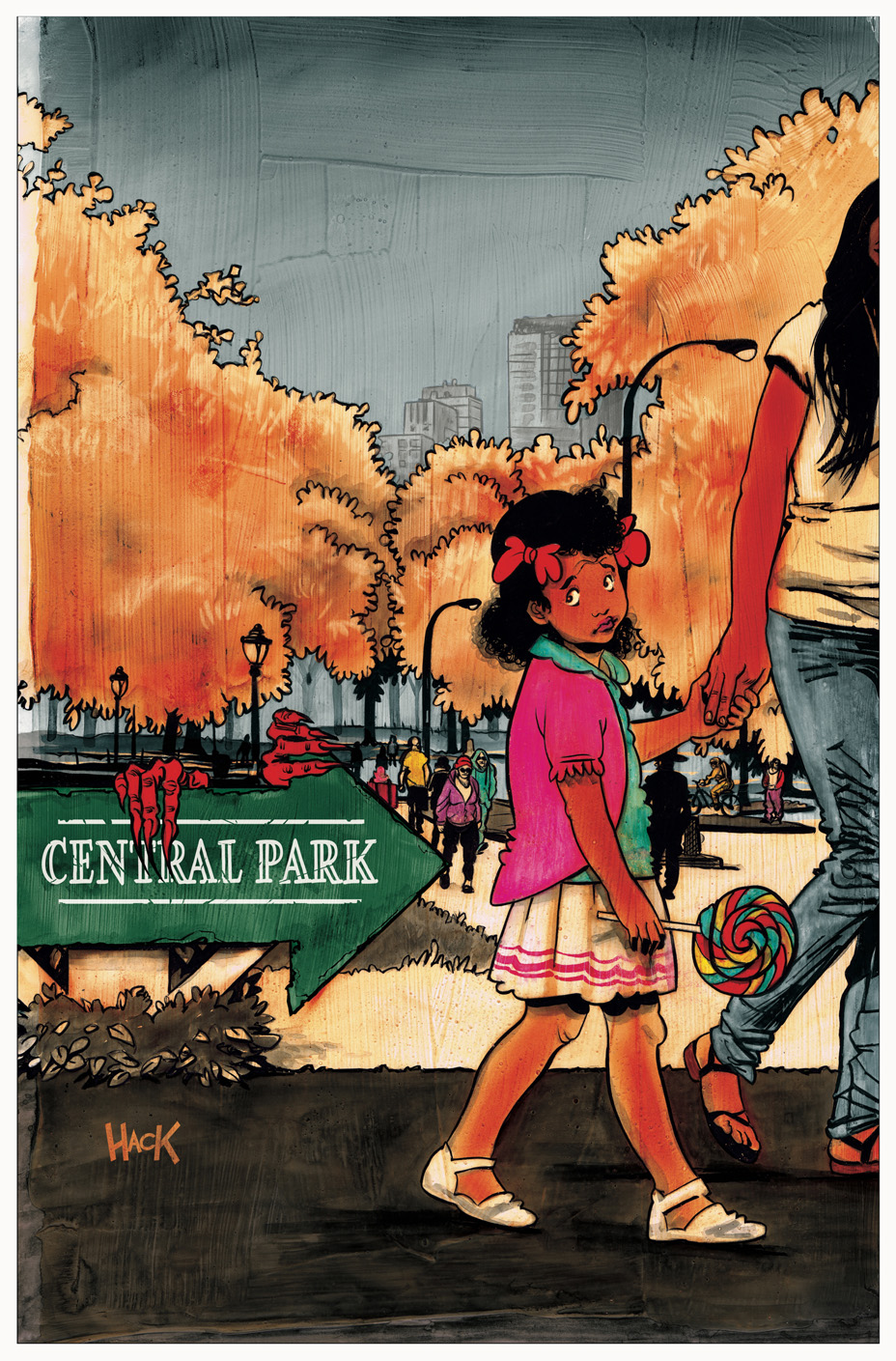 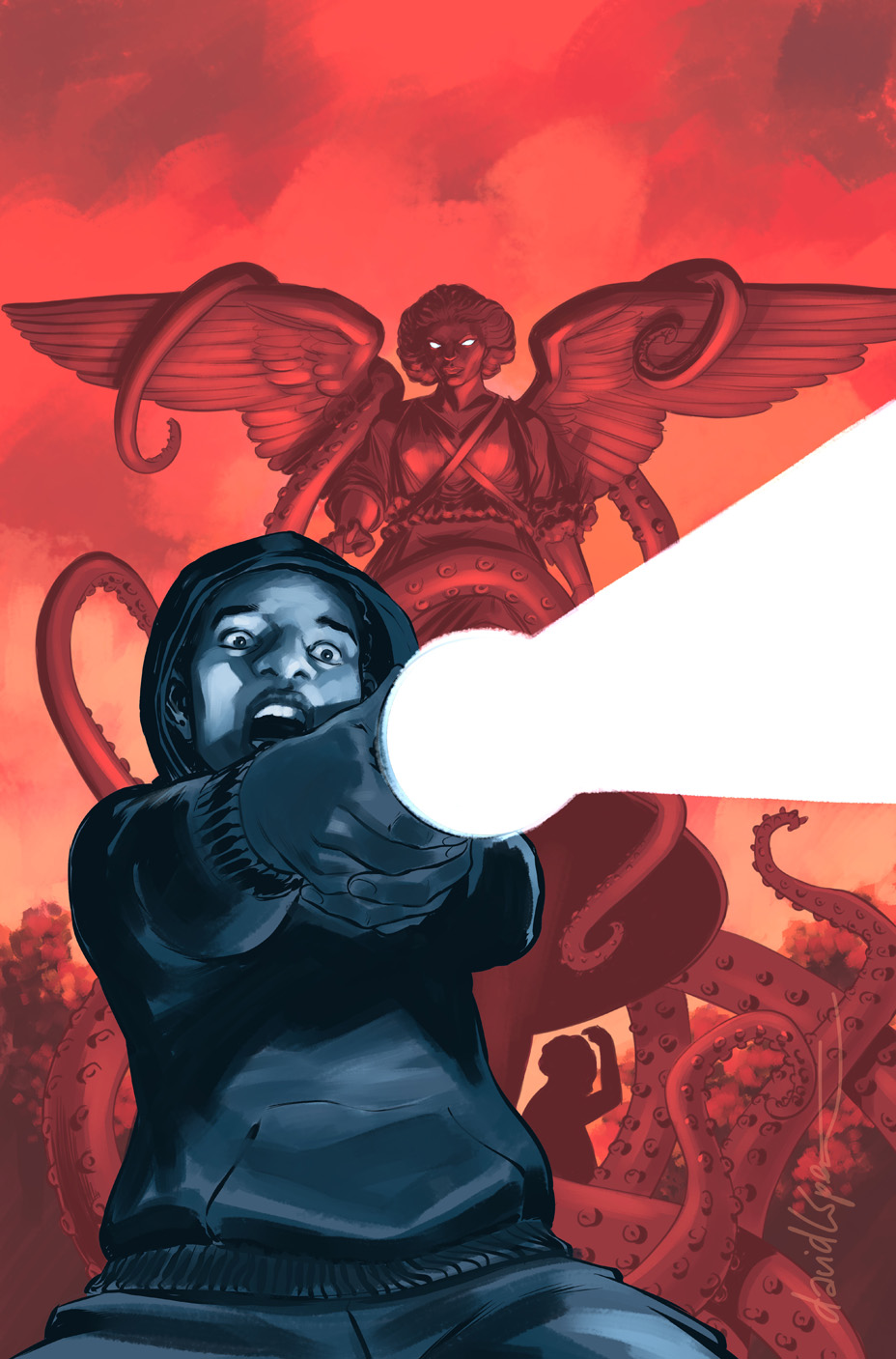