At London Fashion Week, Emilia Wickstead was wearing her heart on her sleeve, or rather her chest, showing an unabashedly romantic collection infused with embroidered hearts on bibs and collars.

Was the designer, a royal favorite who is rumored to be in the running to be making Meghan Markle’s wedding dress (British bookmakers give her 20-1 odds), trying to tell us something Monday night?

Guests walked in to Elvis’ I Can’t Help Falling in Love with You and Wickstead gave every guest a poem instead of show notes. “Our love story. A dedicated romance, perfectly powerful. An all encompassing fantasy, consuming hearts, collegiate and young. A devotion, intelligent and uncompromised.”

Her floral motif gowns came with tight bodices, unbuttoned beaded vests, dropped full sleeves and ladylike gloves. Most looks had schoolgirlish high buttoned-up collars or turtlenecks, and several looks were in pale pinks or corals, or red tartans and stripes. 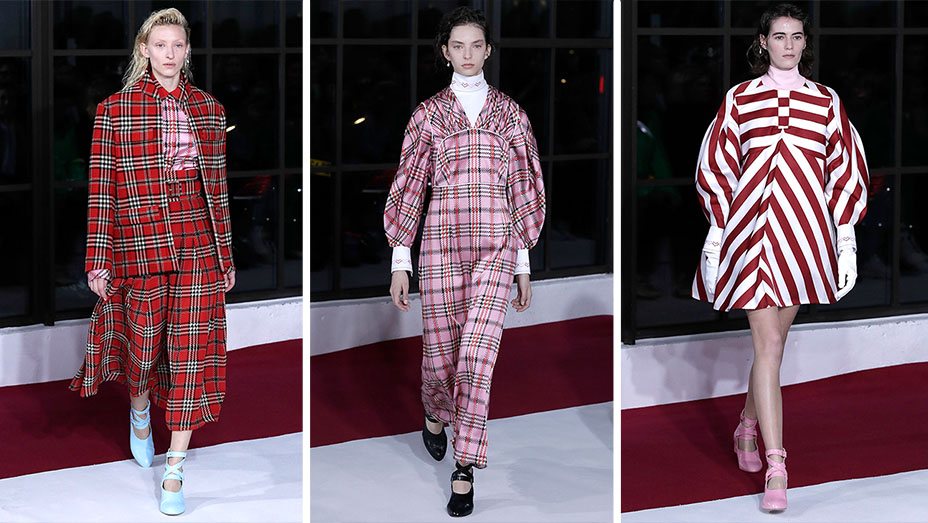 To be sure, the chatter about Markle and Prince Harry’s upcoming nuptials has been the talk of the week. The British PRs are “obsessed” with the American and “her smart trousers,” while show guests have also been singing her sartorial praises.

“She hasn’t gone down the very prim route like Kate,” said one British editor. “She still looks like a girl that just happened to meet a prince.”

Many said they are impressed by how she has immediately impacted sales. “I like her because she supports smaller and sustainable designers, and she’s made some unexpected choices,” said a buyer for a high-end British department store, surely hoping that Markle magic rubs off on some other labels. 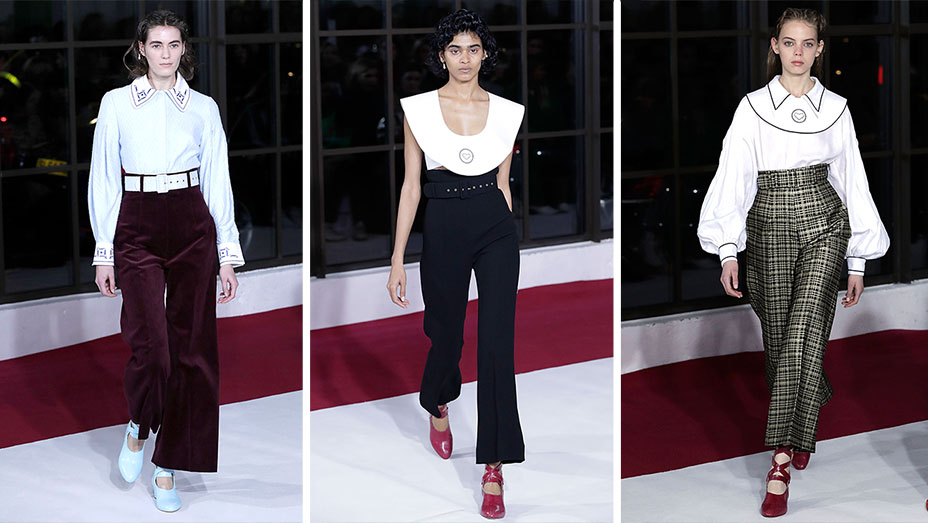 And one brand consultant guiltily admitted: “I live for what she wears. I am that person,” she joked. But the soon-to-be royal hasn’t made an appearance so far this week.

Wickstead closed the show with the Zombies’ Time of the Season — “the season for love.” This was a fall collection, but maybe this spring (or, say, May 19) is the season of love?