London Fashion Week kicked off Friday, but Britain’s new fashion sweetheart was nowhere to be seen.

Since announcing her engagement, former Suits star and soon-to-be royal Meghan Markle has certainly made her fashion mark. She has toured the U.K. in a series of black outfits topped with serious coats from stalwart British brands (Stella McCartney, Burberry) and immediately sold out items from leading Brit retailer Marks & Spencer and Scottish bag maker Strathberry, with what has been dubbed “the Markle Sparkle.”

Still, the crowd at London Fashion Week seems uncertain about how the American will impact British fashion or if she will add any Hollywood glamour. “What’s ‘American’ style? Cowboy hats? She seems to have played it pretty safe so far,” says one attendee.

While Markle used to sit front-row at New York Fashion Week, it’s highly unlikely she’ll make an appearance this week to see any of the smaller brands that make up the bulk of the schedule.

The first day saw Mulberry return to the runway, while Fyodor Golan teamed with MTV for a dash of nostalgia (and served donuts to his guests). Anya Hindmarch, who exited the schedule last year, dotted the city with giant heart-shaped balloons. The rest of the collections were eclectic, which is what the fashion industry has come to rely on from the city of up-and-coming creators.

London-based Turkish designer Bora Aksu showed a romantic yet powerful collection. Looks alternated between masculine and feminine; a light dress then a dark velvet jacket, a frilly pink frock then a pinstriped suit, a Georgian schoolboy uniform then a demure dress. The contrast played well, with masterful strokes to both styles. The designer kept the looks from being too conservative by working with several layers of sheer fabrics and a focus on fit. 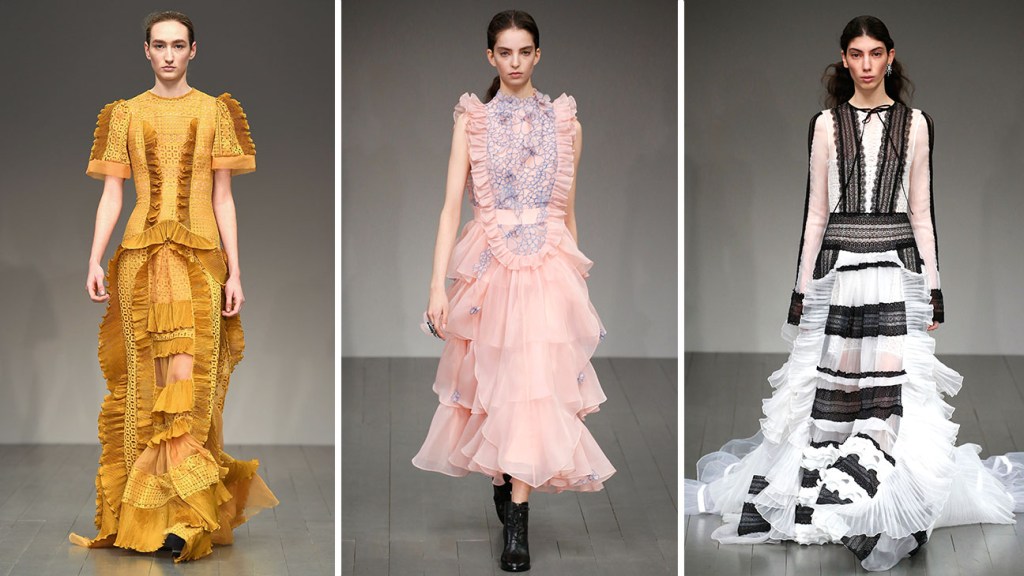 Aksu was inspired by the story of Margaret Ann Bulkley, a British girl in the early 1800s who disguised herself as a man to become a surgeon that championed the poor, and models walked to Leslie Gore’s 1963 hit “You Don’t Own Me.” Aksu’s message was as clear as Gore’s lyrics: “Don’t tell me what to do, don’t tell me what to say, and please when I go out with you, don’t put me on display.”

And it couldn’t have been more in contrast with Marta Jakubowski’s show later in the afternoon, which walked to Whitney Houston’s version of “I’m Every Woman.” 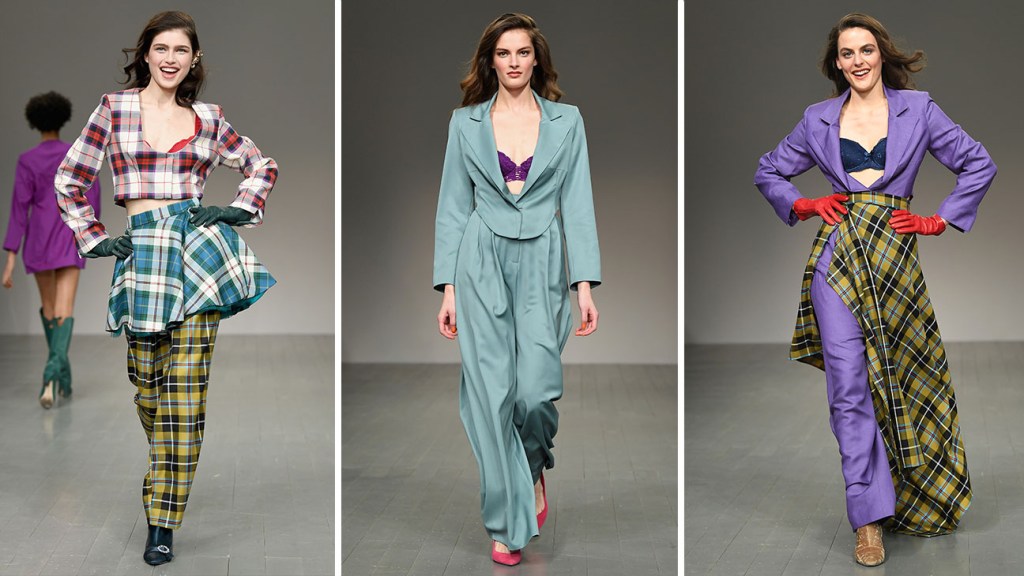 Jakubowski called the collection “celebratory of womanhood and reflective,” a callback to 1990s supermodels Christy Turlington and Cindy Crawford and “the days of shoulders and waists.”

But it read more like one long Wonderbra ad, with brightly colored breasts fully on display. The models were flipping and turning, with full smiles on their faces and playing to the cameras. It was supposed to be f-u-n, but it felt a bit forced when the song started its second play. Being every woman is exhausting, especially without a shirt.

The high-waisted, looser trousers felt of-the-moment, but some had strategic cutouts at the top of the thigh in the rear — yes, they had ass vents. There is nothing super about that, and certainly nothing for a would-be royal.

BAFTAs Fashion Preview: The Time's Up Dress Code, the Royals and Will Kate Middleton Wear Black?