All week the buzz has been not to miss Richard Quinn’s Tuesday show. Word was that a royal might make an appearance. Some even speculated that Meghan Markle might break protocol and sit front row.

But no one — and I mean not even brand insiders — was expecting the Queen, with a capital Q.

The royal was there to present the inaugural Queen Elizabeth II Award for British Design, which she gave to Quinn after his show.

Seated in the front row next to Anna Wintour, the Queen took in the show of Quinn’s signature florals, bold prints and face masks. 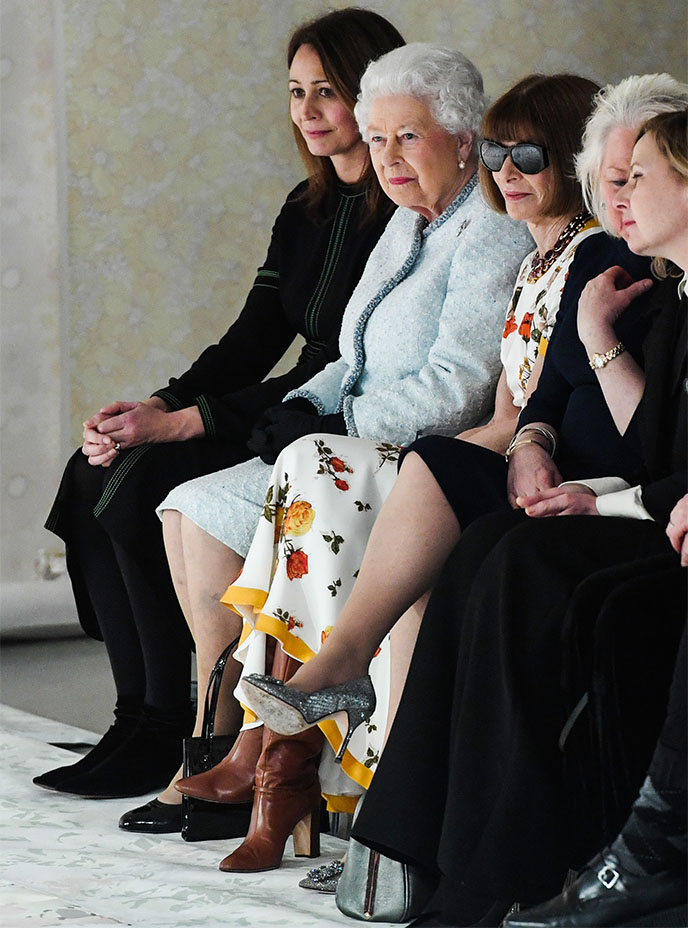 Following the show, she presented Quinn with the award dedicated to new young talent.

She praised Quinn for “his outstanding craftsmanship” and thanked him for his contribution to British fashion. She acknowledged the British Fashion Council for selecting Quinn as the first winner of the award.

Quinn exchanged a few words off mic with the Queen, who handed him the trophy designed by her personal dresser, Angela Kelly. Quinn, clad in a T-shirt, flannel shirt and baseball cap, looked a bit overwhelmed, as his proud parents beamed from the front row. 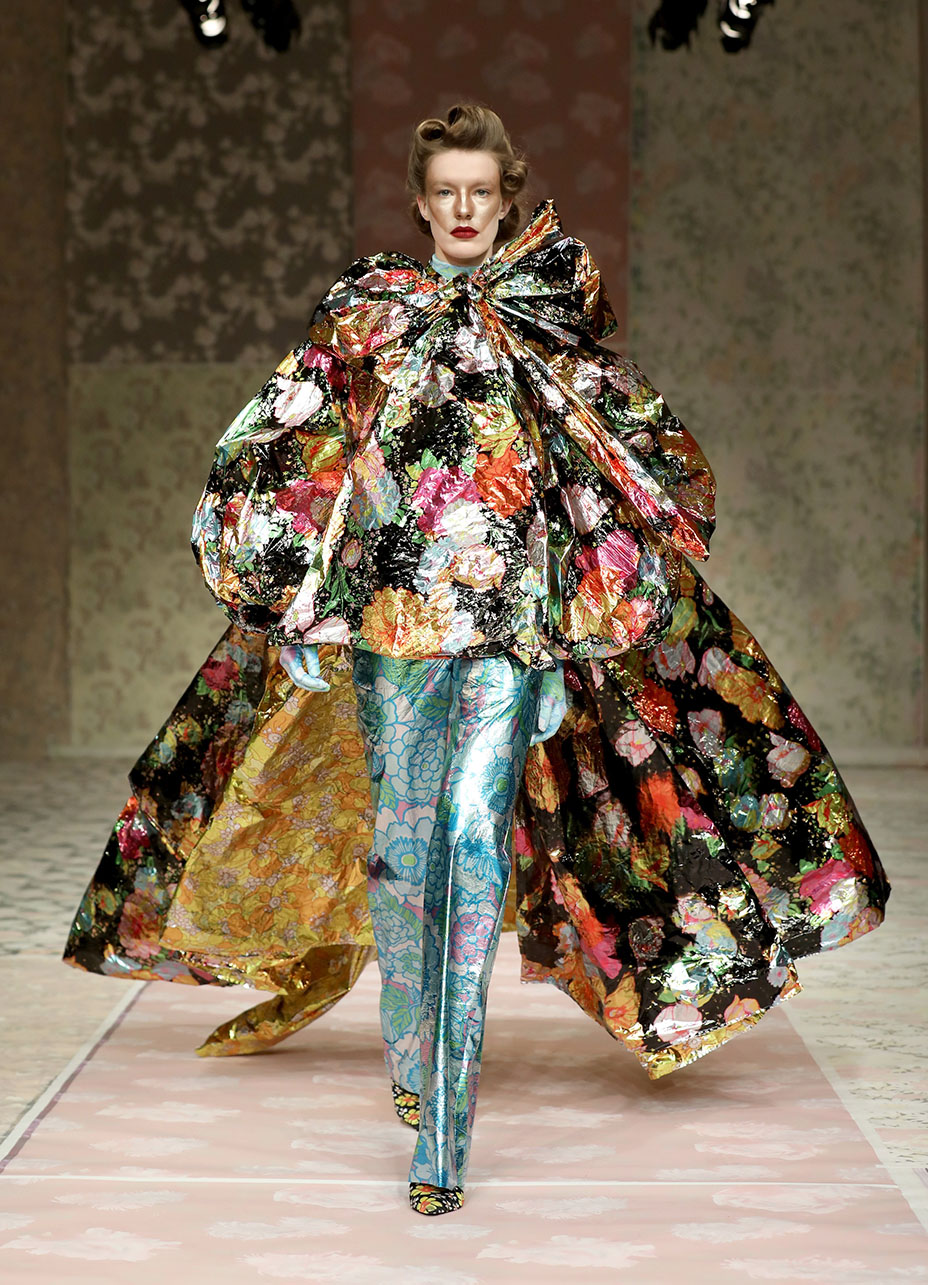 Introducing the Queen, BFC head Caroline Rush praised her style through the ages, saying she had challenged dress codes that had been historically masculine.

“I know that you do not wish to be known as a fashion icon, but for all of us in this room who have the utmost respect for you, and also for the hard work, diligence and cultural impact on the industry, we know that you invariably are,” she said.

The young designer has made his mark combining bright florals and patterns, often covering models head-to-toe with print, including  patterned face masks. Here the masks were minimal, but several walked with floral motorcycle helmets to match his flowing dresses or sparkly molded head wraps.

He showed some billowing capes made out of mylar, like emergency heating blankets gone glam.

British model Adwoa Aboah has worn his designs, and she walked here, but he has yet to be a big red carpet presence. You can bet this royal endorsement will change that.

It was the Queen’s first visit to London Fashion Week, and people were in disbelief. There was no word beforehand that she would be making an appearance at the 4 pm show, one of the last of the week. Just minutes before, designers were overheard noting that it had notably slowed down as many editors left earlier in the day. But the quiet soon became a buzz as news spread through the building that the Queen had arrived.

Security swept through about 10 minutes before and shut down the building as the Queen entered the BFC headquarters from a side elevator. She then moved into the accessories showroom space where she met with jewelry designers as well as milliners. A known fan of hats, it remains to be seen if she will soon don one of the creations.