“It’s great to be back, I have family who have never been to a show of mine or seen what I’ve done,” said Victoria Beckham, who came home to celebrate the 10th anniversary of her brand with her first London runway show.

There has been a lot of discussion among the fashion crowd this season about who will be the new standard bearer for interesting-looking, modern, feminine clothing, shoes and bags, now that Phoebe Philo has departed Celine. On Sunday, Beckham showed her most confident and mature collection yet, proving she is a strong contender alongside Jonathan Anderson. 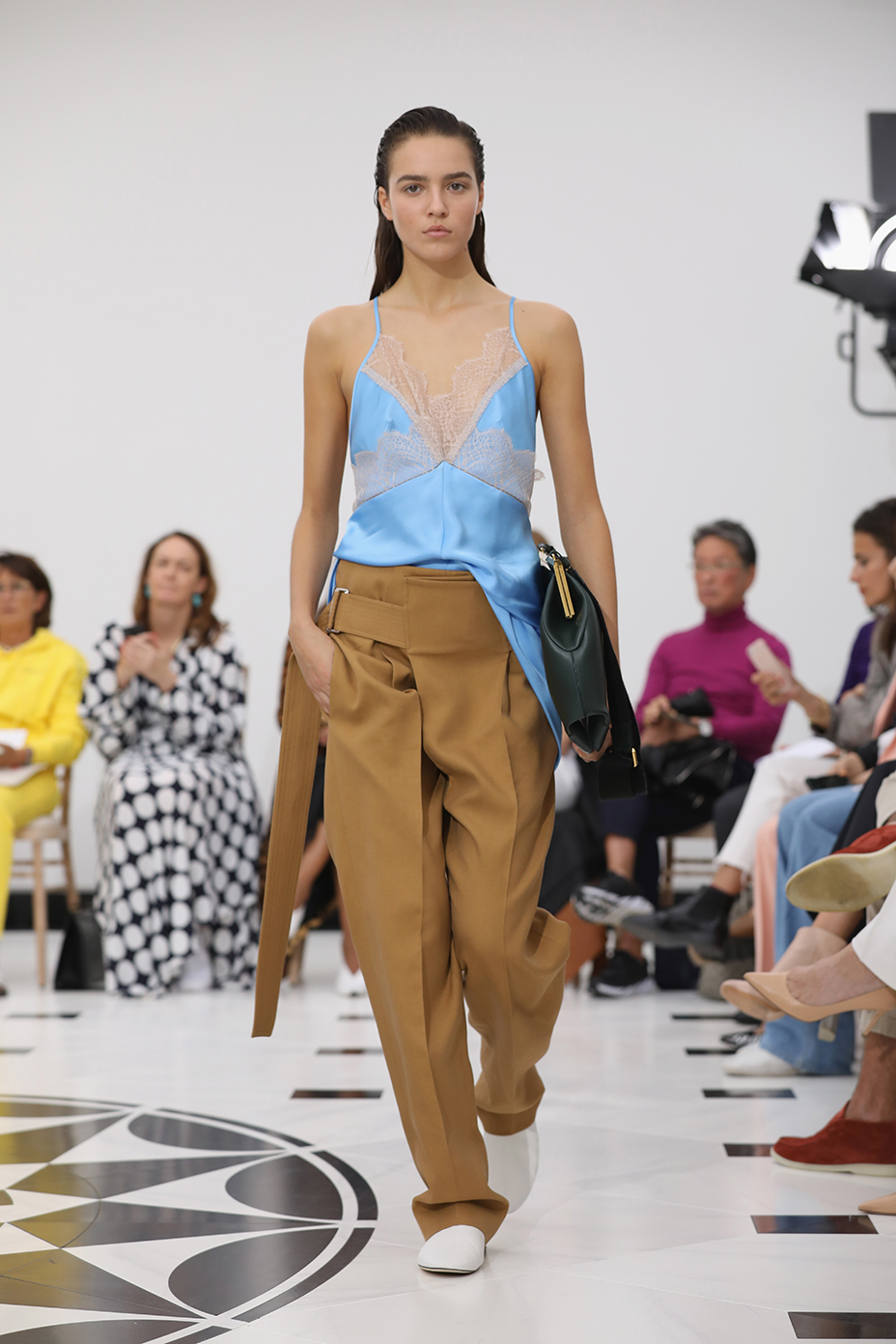 The choice to use seasoned models was a signal that this is no longer simply a fashion brand in Beckham’s own mold, but one that’s focused on a broader range of women, at least in terms of age if not size (London has yet to embrace body inclusivity on the runway in the same way that New York has). 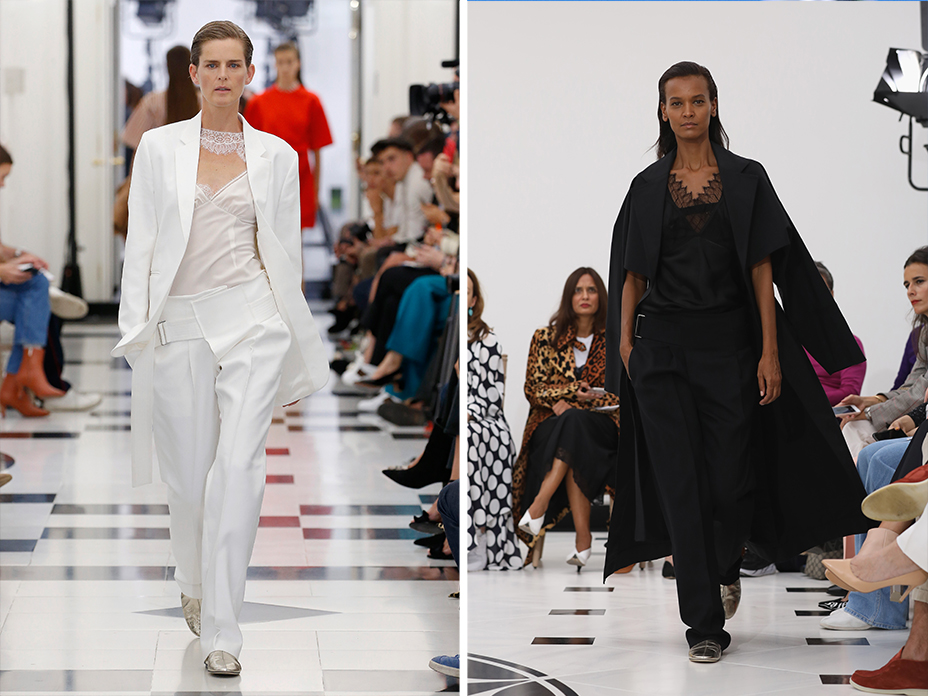 Fluid tailoring with lingerie-like accents was a key component, from Stella Tennant opening the show in a white suit with a lacy camisole and utilitarian trousers with D-ring closure, to Liya Kebede closing it in a killer black convertible trench coat (able to be worn as a vest, or the traditional way, arms in). 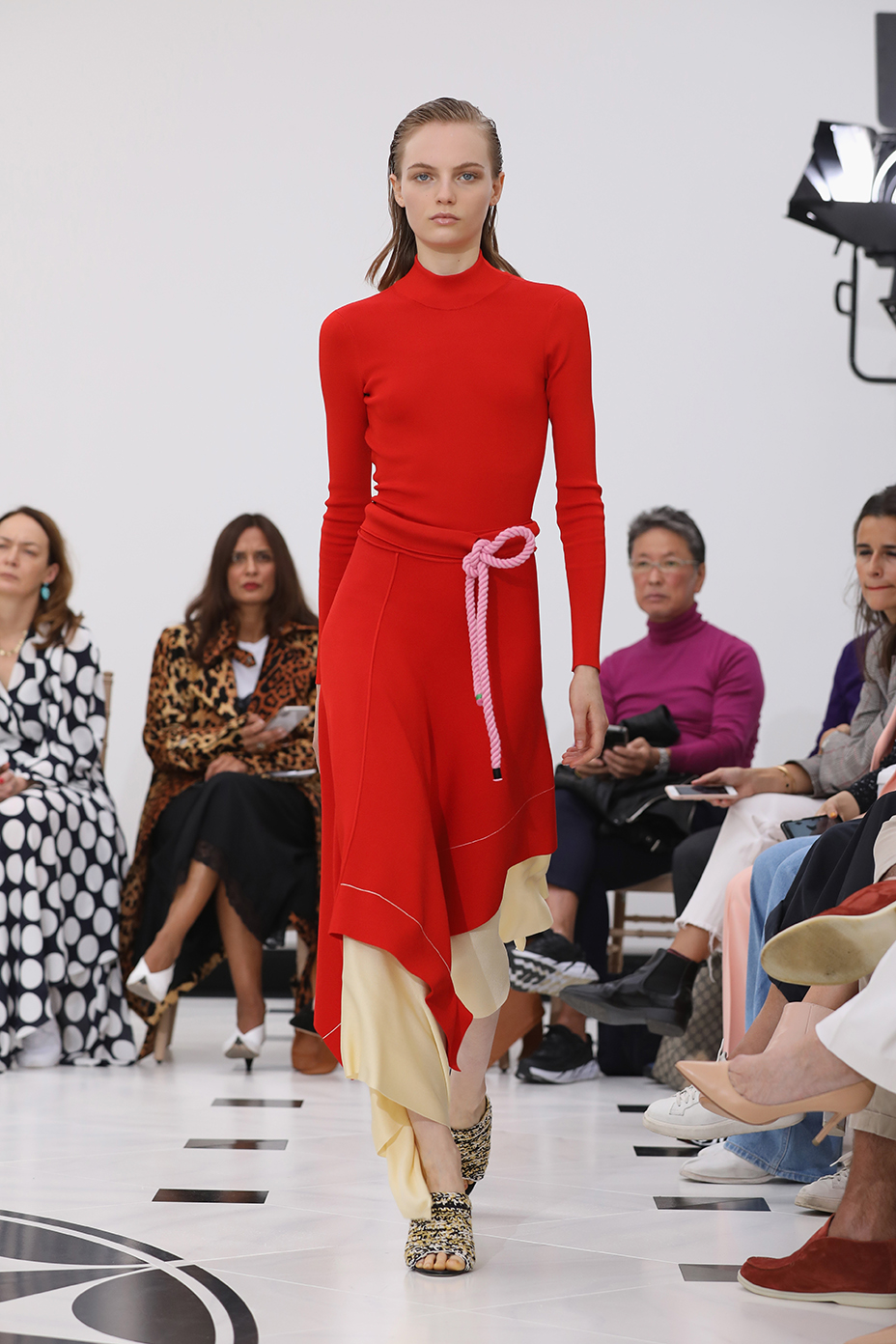 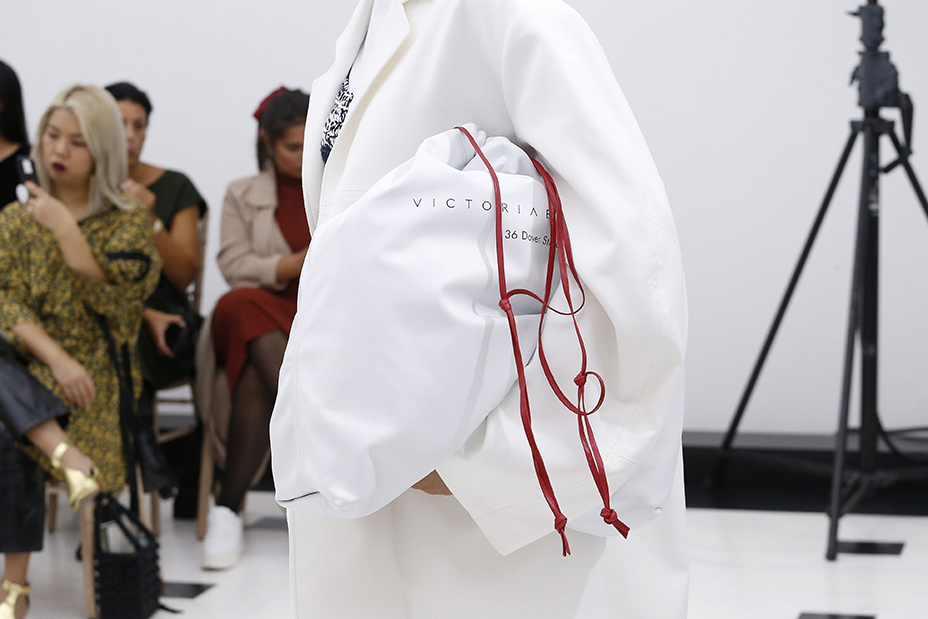 For all of Beckham’s steely determination, one of the designer’s greatest personal qualities is being able to laugh at herself. So, it was great to see a bit of humor injected into the collection. “Victoria Beckham” labeled dust bags were fashioned into handbags for a clever twist on the logo trend, and anniversary T-shirts (on sale now) remake the iconic 10-year-old advertising campaign she did for Marc Jacobs, only featuring her own branding on the bag this time instead of his. 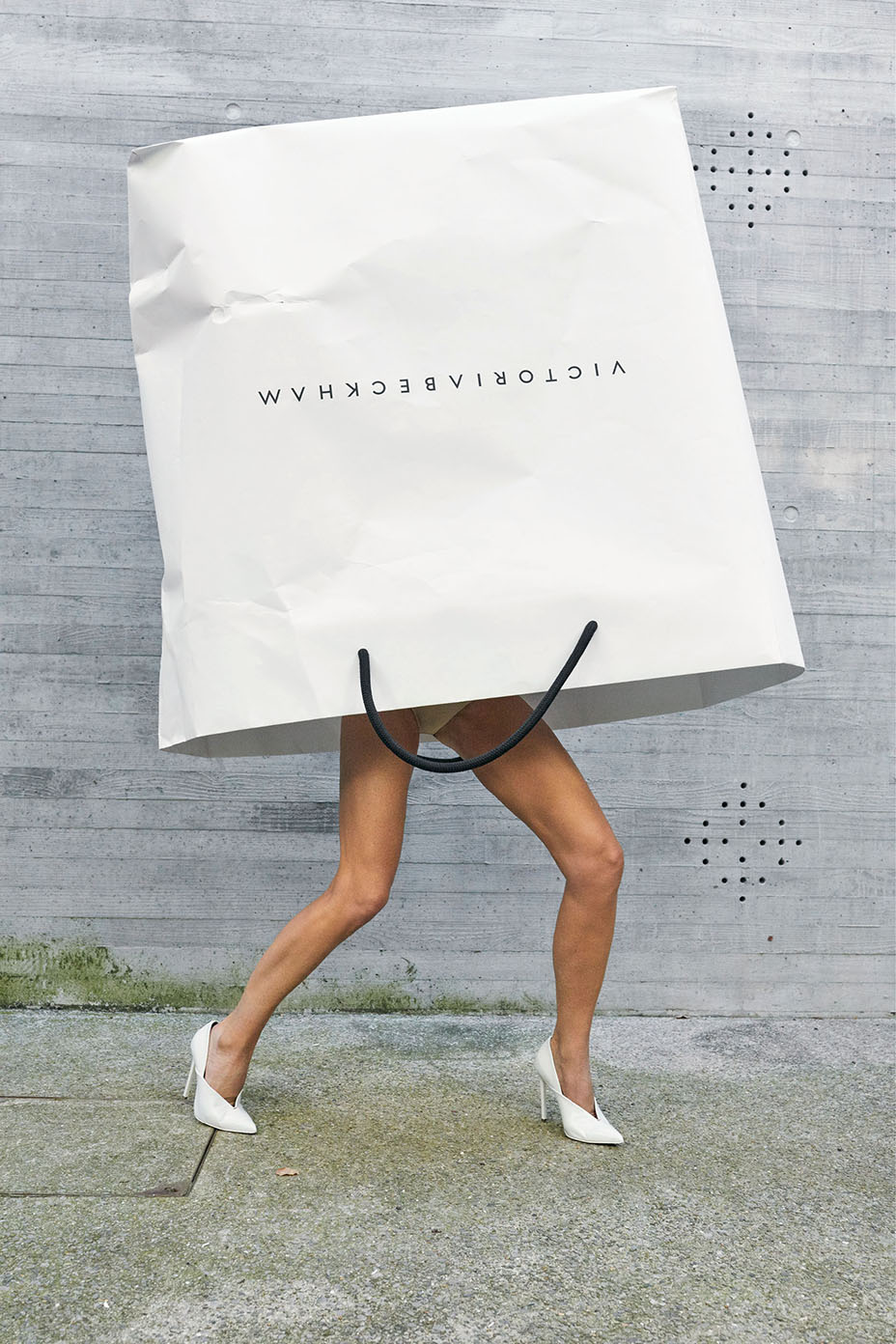 Whether Beckham stays at London Fashion Week for the long haul remains to be seen, but she added some much-needed star power to the week, as did her photogenic family who came to cheer her on.

“I feel proud of me and proud of my team,” she said of her decade in the business. “I’m excited for a new chapter, I have new investors, a new CEO who literally started two weeks ago, there is so much more I can do, more categories, more retail.”

The covertible trench last look is everything @victoriabeckham #lfw pic.twitter.com/kaIv5it6j2

Also on a modem clothing mission, Roland Mouret stayed true to his superb cutting skills, but, in a sign of the times, retreated from his overtly sexual, signature body-con style. 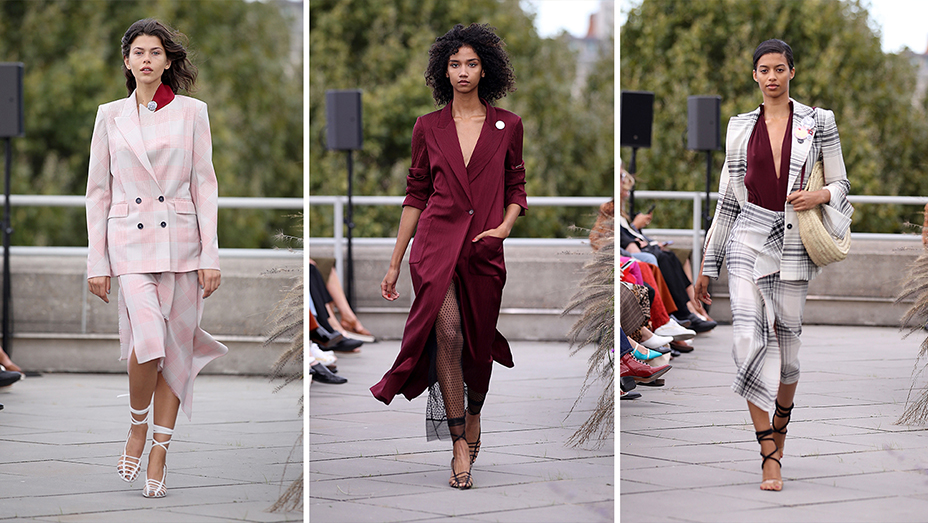 Inspired by the Me Too and Time’s Up movements, according to the show notes, he worked to redefine eroticism, showing tunics and loose trousers with fold-over waist bands; draped shirts and sweaters cut to reveal the shoulders; and relaxed “power suits” of button-up pencil skirts and blazers sliced and diced to vent the backs or sides.

If Beckham and Mouret played mostly within the Western fashion vernacular, Simone Rocha brought to the runway some inspiration from the Far East, a nod to her Chinese heritage. (Raised in Ireland, she is the daughter of the enormously successful, self-made designer John Rocha, an immigrant from Hong Kong.) 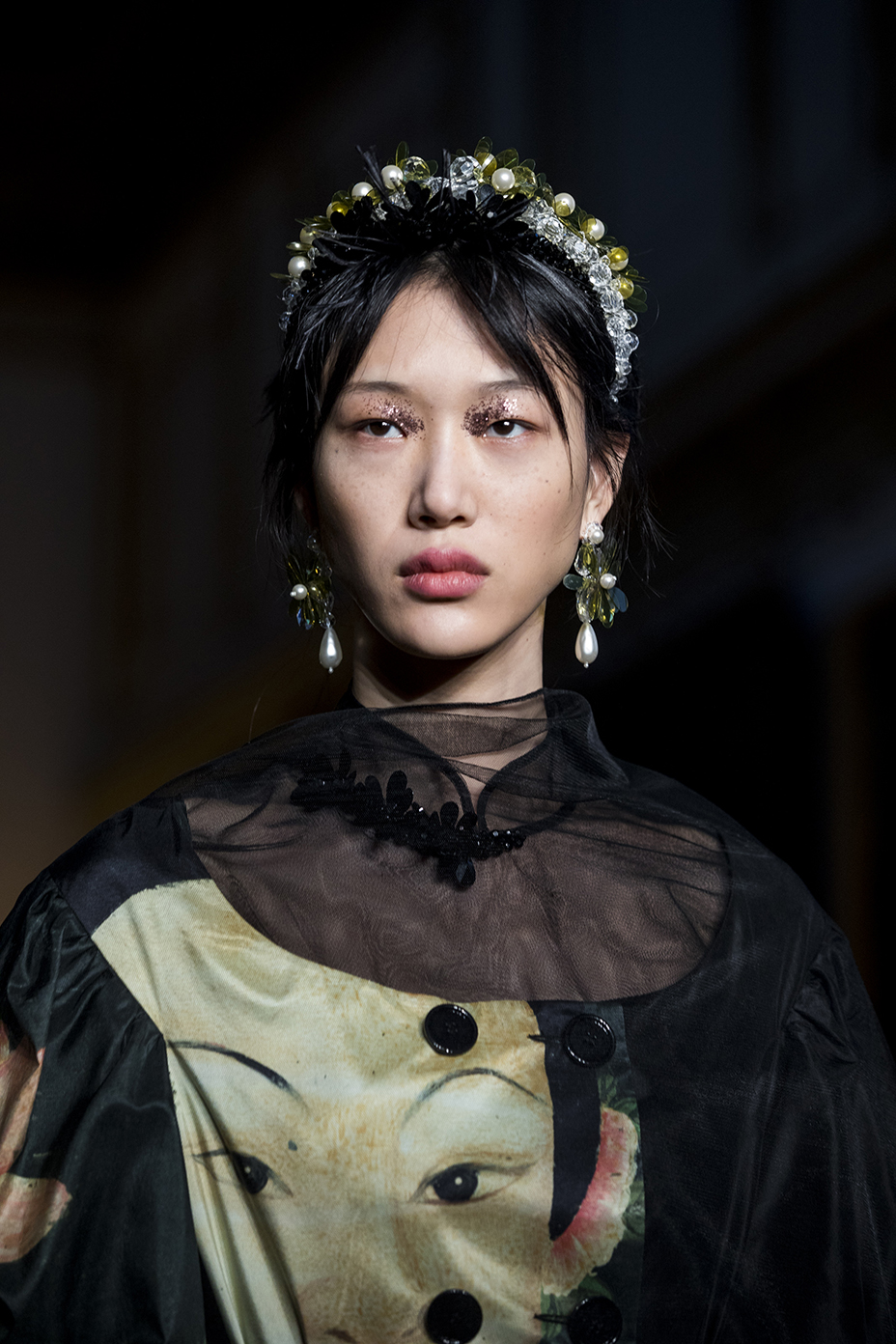 Until now, her distinct brand of fashion romanticism has been a cool Edwardian punk. But on the runway Sunday at Lancaster House, a mansion in St. James that’s been used for filming The Crown, she gave traditional Han Chinese wedding costumes and headpieces, silk brocades and Mao imagery the royal treatment in the form of tulle veils, tiaras and crystal embroidered overlays. 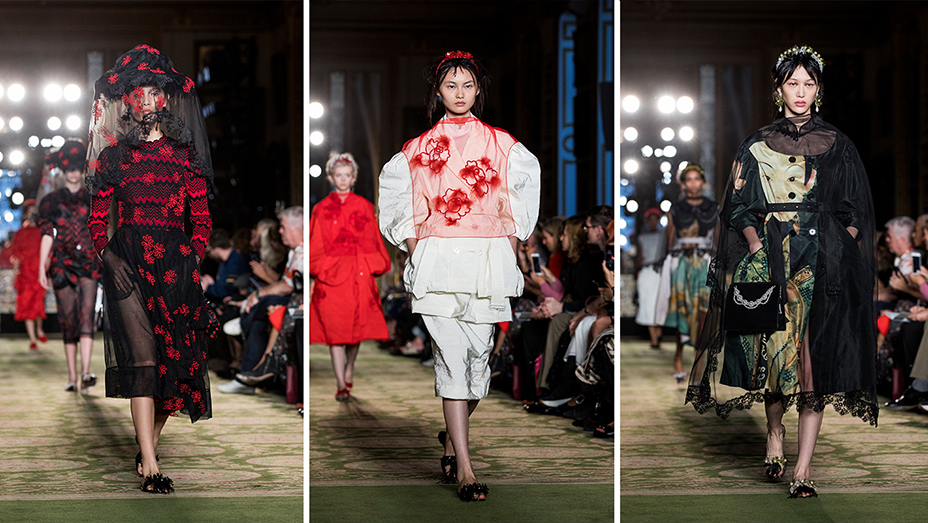 The result could easily have been gimmicky but was altogether glorious, from richly embroidered red floral dresses with an avant-garde feel, to the red silk cheongsam and shorts sets offering a compelling twist on the pajama trend, to the sandals that had everyone ‘gramming: bordered in feathers, they gave the illusion of walking on air. 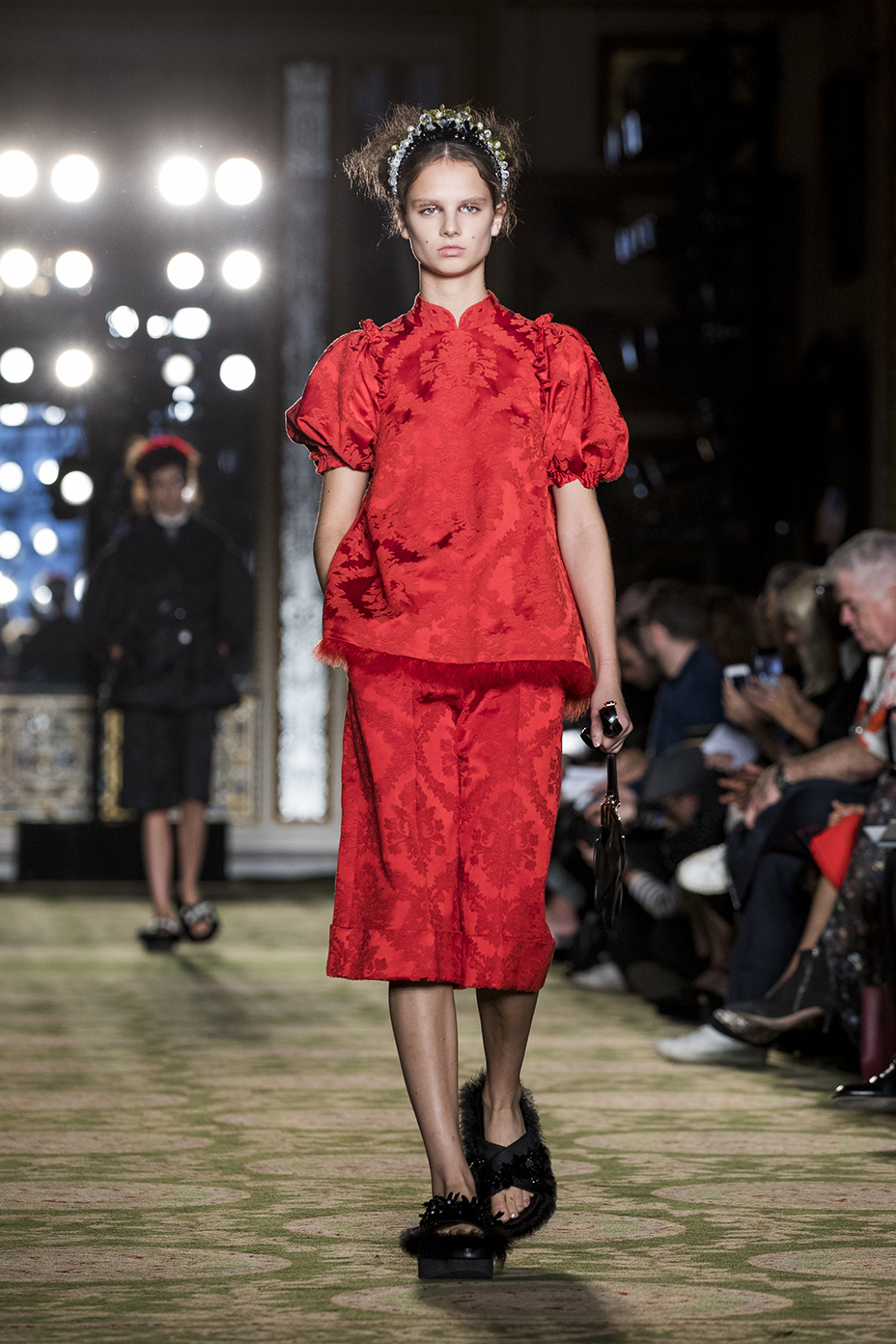 It was a welcome expression of multiculturalism during a season when Asian representation was a hot topic at New York Fashion Week, on the heels of the success of Crazy Rich Asians, the first Hollywood studio film in 25 years to feature an all-Asian cast. The film opened Friday in the U.K., and whether or not British audiences respond in the same way (the film led the box office for three straight weekends in the U.S.) remains to be seen. 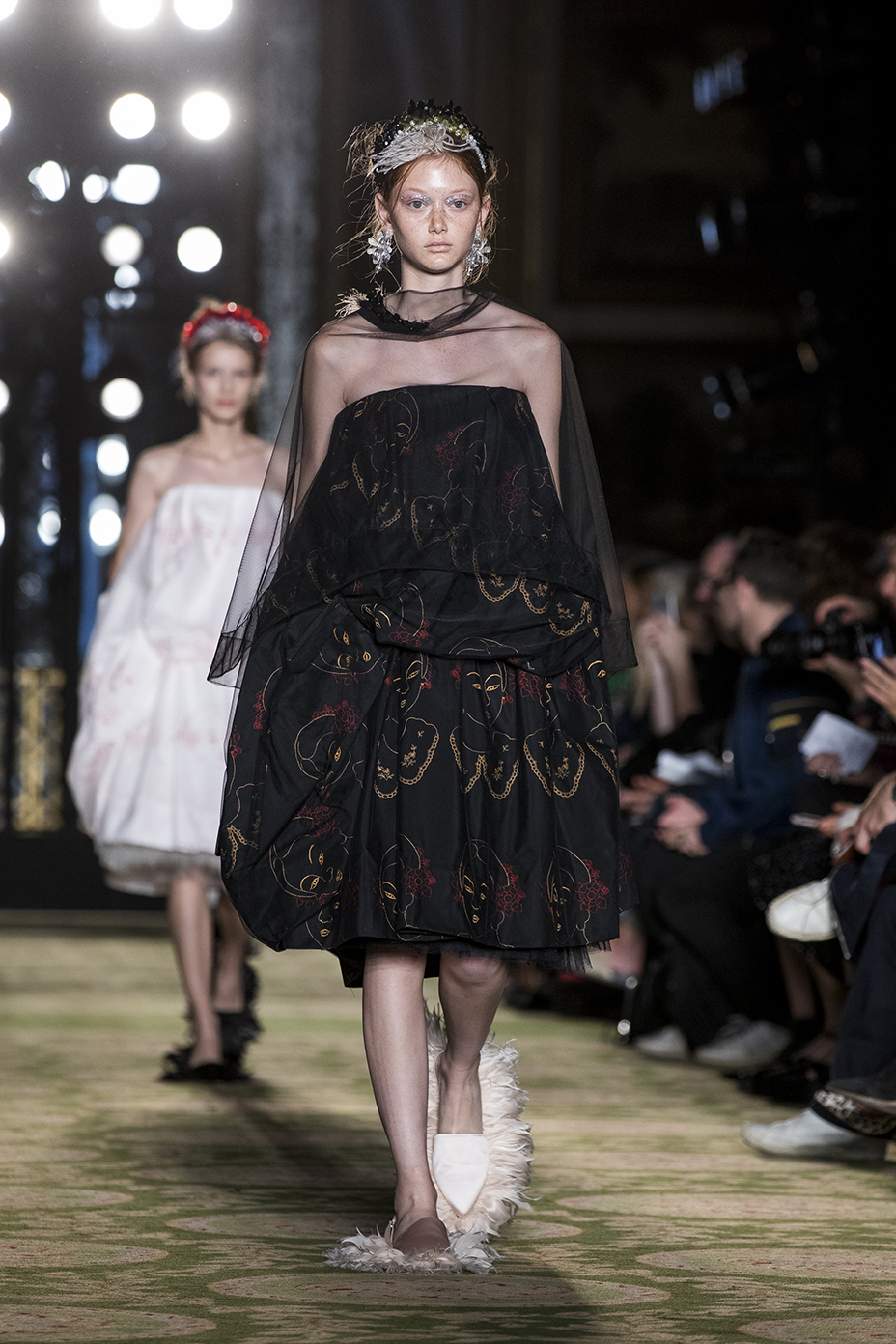