Last year, when Set It Up star Glen Powell expressed interest in I Want to F*** Your Sister, Melissa Stack’s 2007 Black Listed screenplay, the writer-director had concerns that the premise had become outdated. The film features a finance bro’s transformation into a better man when his attractive younger sister interns (and gets hit on) at his company. Stack thought a comedy depicting the sexual harassment of a woman in the workplace was “problematic” in the #MeToo era. But over a coffee at a Pain Quotidien in Larchmont Village, when Powell asked, “What if we swapped the genders?” she says “it was like dominoes falling.” She could address the harassment men can face and the female attention men are supposed to desire in a laugh-out-loud, cathartic story (Stack, still working on the script, is seeking to avoid any “cougar” archetypes with the gender swap). I Wanna F*** Your Brother was picked up in June by STXfilms with Powell attached.

Pushy men, stolen kisses, the rating of women: This is the stuff of ’80s and ’90s romantic comedies, and with the recent run of Netflix hits like Powell’s Set It Up, creators looking to fill a renewed appetite at studios and production companies are sorting out which genre tropes to keep and which to trash.

Creators are particularly careful not to repeat the mistakes of past installments, which some attribute to a dip in interest in the genre in the late aughts. In 2007, 35 theatrically released films — a slate including Knocked Up and the Hilary Swank-Gerard Butler film P.S. I Love You — made nearly $972 million worldwide, adjusted for inflation, according to movie industry data firm The Numbers. By 2018, 15 such films made $241 million. “I don’t think audiences ever stopped wanting rom-coms — they got tired of the traditional conventions, and the struggles of those theatrical films scared people away from the genre,” says Matt Kaplan, producer of To All the Boys I’ve Loved Before and The Perfect Date. Though theatrically the genre is still struggling, a few streaming figures suggest it’s back in a big way: In October 2018, Netflix reported in a shareholder letter that more than 80 million accounts globally had watched one or more of the summer’s rom-coms. (By contrast, 2008 saw fewer than 80,000 tickets sold for all films in the genre.) 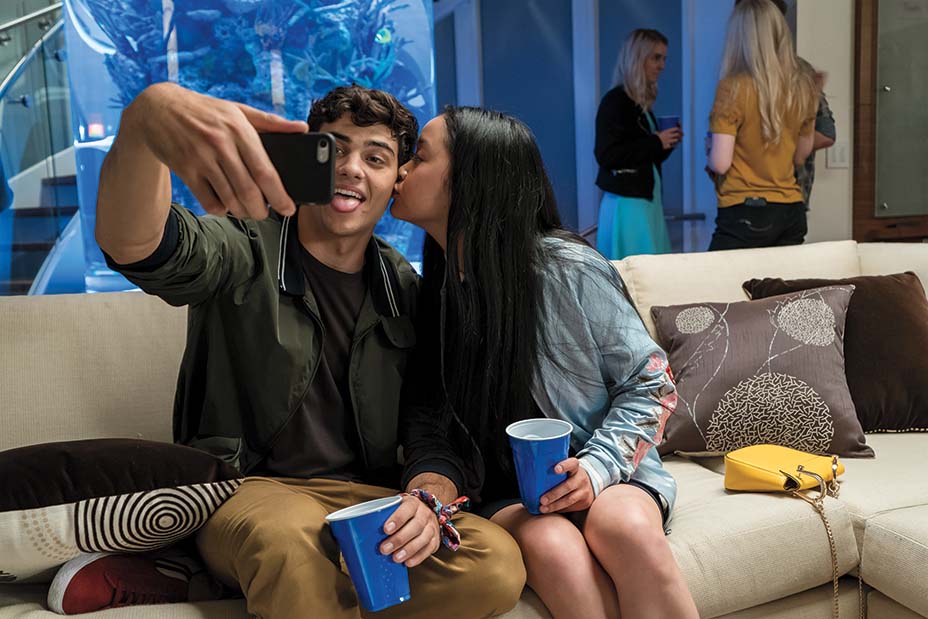 Gender-swapping isn’t the only way writers are rethinking rom-coms and rom-com adjacent comedies for audiences now. Donald Diego, scribe of the upcoming Sarah Hyland movie The Wedding Year from Byron Allen’s Entertainment Studios, crafted an interracial romance, which he hadn’t seen much of in the genre. “Black and brown people … can have goals that aren’t ‘safety,’ ” he says. “They can be trying to find love in movies and self-actualize.”

Kaplan, Set It Up writer Katie Silberman and Paul Feig (director of this fall’s Last Christmas starring Emilia Clarke and Henry Golding) all say they make films that push back against heroines who “don’t have lives outside that relationship … their career is not a real priority,” as Silberman puts it.

Bridesmaids helmer Feig says that he chose the Emma Thompson-penned Last Christmas script because “it’s not necessarily about, ‘I’ve gotta find a husband, I’ve gotta find someone to complete my life,'” he says. “I much more like movies about people who have to straighten their own lives out, and then once they do, then the real prize at the end of the film is that you’ve actually fixed your life and put yourself in a better place.”

Jeff Chan and Andrew Rhymer, writer-directors of the June 14 release Plus One, about two friends who fall in love over a summer of wedding dates, have dropped the meet-cute that kicks off a destined romance. “What Andrew and I wanted to do is start the movie in the midst of these characters’ friendship, right in the middle of their dynamic,” says Chan. 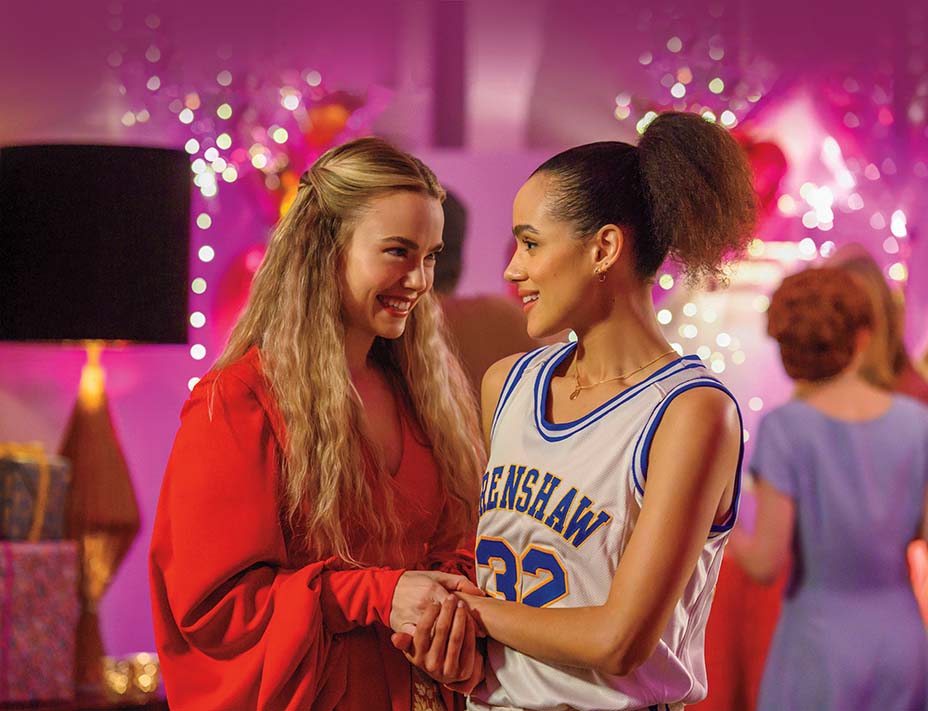 Also changing up the wedding-date concept is Tracey Wigfield, showrunner of Hulu’s Four Weddings and a Funeral miniseries (out July 31), based on the 1994 Hugh Grant-Andie MacDowell film. Wigfield played with the trope of the gay best friend who isn’t given much else to do except gossip with the heroine, offer style advice or come out (Clueless). “You meet the gay interior design assistant as a go-to for Rebecca Rittenhouse’s character, but in the next couple of episodes, he has his own love story that is part of the series,” says Wigfield.

What else telegraphs as retrograde today? Creators list the makeover that helps a female protagonist land her crush (Miss Congeniality); what Feig calls the “insulting” trope of the “ice-queen” businesswoman who chooses between her career and her happiness (The Proposal); and the rich man who falls for an employee with significantly less power (Maid in Manhattan). When Amazon Studios dropped auteur Woody Allen after resurfaced sexual-abuse accusations, it also ditched his A Rainy Day in New York (which will have a European release), which centers on a student journalist (Elle Fanning) who’s romantically entangled with a middle-aged man (Jude Law). 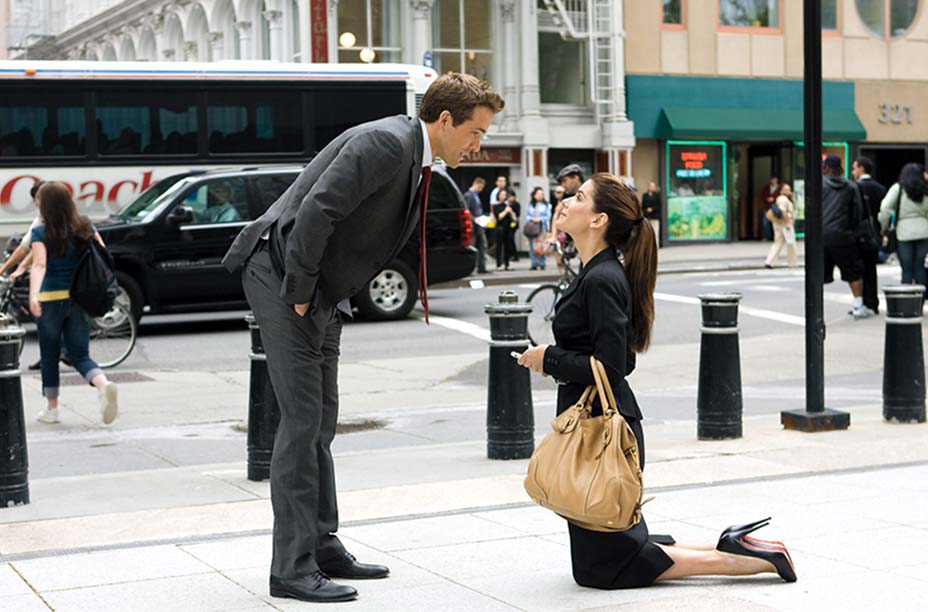 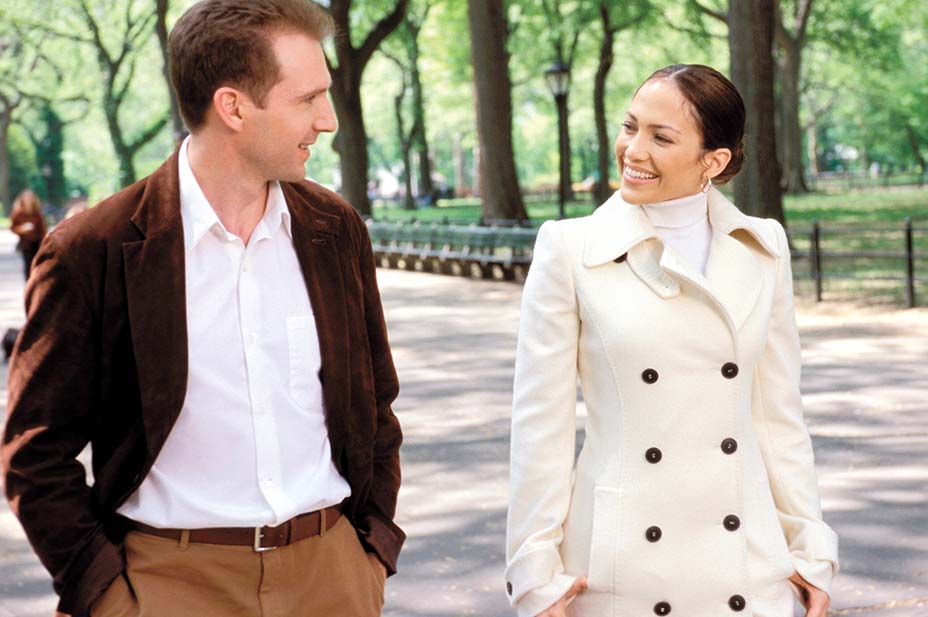 The writing team behind 1999’s 10 Things I Hate About You, Karen McCullah and Kirsten “Kiwi” Smith, panelists at last week’s inaugural Rom Com Fest in L.A., say the one thing they would change if the movie came out today is the moment when Julia Stiles’ high school student character flashes a detention proctor to help her love interest, played by Heath Ledger, escape. “We envisioned her standing in the doorway and flashing the teacher from across the room,” McCullah says. “But the way it was shot, she was standing 6 inches from the teacher, and it feels very creepy.”

Romantic comedies have always shape-shifted to suit the times. The 1930s screwball comedies featuring female professionals (Bringing Up Baby) gave way to the 1950s-1970s’ “sex comedies” (Some Like It Hot, Pillow Talk) that acknowledged women’s sex drives, followed by the 1970s “radical” rom-coms (Harold and Maude). The 1990s and aughts’ “neotraditional” rom-coms (You’ve Got Mail) added gay relationships (Chasing Amy), bromances (I Love You, Man) and female friendships (Bridesmaids) to the mix. One of the more cutting-edge neotraditional rom-coms, Diego says, is Judd Apatow’s 2007 film Knocked Up, even though it holds a torch for the archetype of an ice queen, played by Katherine Heigl, falling for a man-child (as embodied by Seth Rogen).

But the grand gesture (think Tom Cruise’s speech to Renée Zellweger in Jerry Maguire) will last forever, Silberman says, along with the plot device of a massive fight between the central couple. Feig and McCullah both cite the enduring appeal of the opposites-attract trope, which brings conflict and comedy to the romance. Feig adds that external pressure (illness in 2018’s The Big Sick, family disapproval in Crazy Rich Asians) will always be important.

Baking critiques of past films into screenplays is another update. Silberman’s Isn’t It Romantic, about a heroine who hits her head and ends up in a rom-com, spoofs such tropes as waking up perfectly made up, living in a New York City that smells of lavender and constantly tripping (because heroines are often clumsy). But “everybody likes a big kiss, running through the airport,” says Diego. “If you can do it in the right way, it won’t feel creepy or cliche.” Jokes Four Weddings‘ Wigfield: “I hope some tropes are timeless, because a lot of them are in our program.”