Every morning, Ron Bass, the Oscar-winning screenwriter of Rain Man and My Best Friend’s Wedding, drags two tables and six chairs over to the corner of the Montage Beverly Hills’ Garden Bar patio. That’s his office.

Bass, 75, had a space on the Fox lot when he started out in film, but he craved a less restrictive environment, especially after 17 years as a lawyer before becoming a screenwriter.

“It was horrible because you’re indoors and you can hear everyone’s calls and you can’t concentrate,” he says. So he started to write in parks, but “that was too lonely.”

Then he worked in Hotel Bel-Air’s restaurant for 20 years — until its concierge moved to the Montage, bringing Bass with her. He has spent the past eight years on the patio, five days a week, from 6:30 a.m. to 4 p.m. “I like people around and some kind of background noise without people right in my face, yelling at me,” says Bass, who often brings his development team (Jessica Amento, 30; Sonia Kifferstein, 31; and Beth Triffon, 31) with him.

As deals for offices on studio lots dwindle, Bass isn’t the only talent gravitating to offbeat work settings that boost creativity. Justin Lin had a space on the Universal lot, “which as a kid was my dream, but after a couple years, you were part of the attraction,” says the director, who five years ago landed his production company, Perfect Storm, at Biscuit Company Lofts in downtown L.A., a residential building Nicolas Cage once called home. “We’re independent filmmakers at heart and we wanted a space that reflects that.” 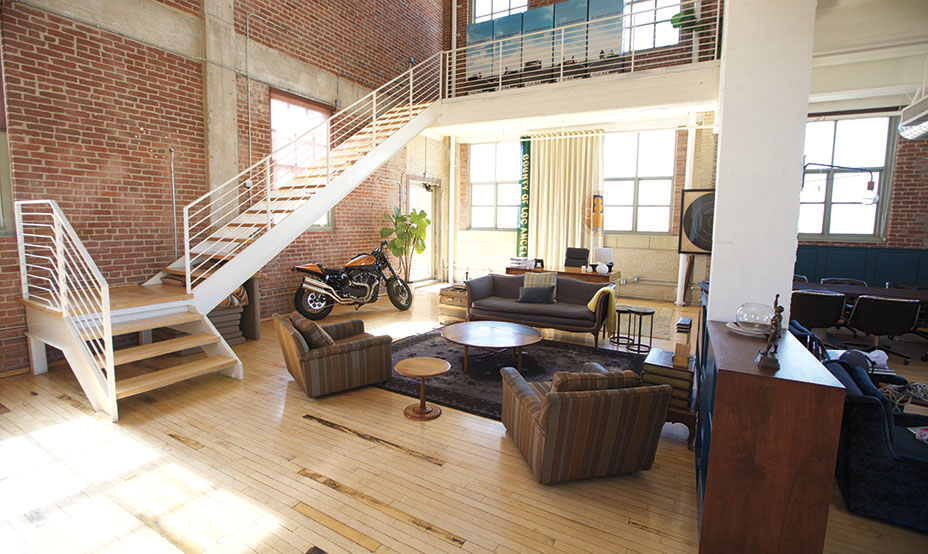 For the past year, Lin also has had a satellite office in Pasadena (which he calls his “man cave”) where he cuts movies and writes — and, since he lives in Pasadena, he can save up to two hours of commuting time per day.

“When I was in film school, one of the places I loved to write was laundromats,” he says. “I’d do my laundry and have a great two-hour writing session. I couldn’t get the space to have a literal laundromat but that’s my ultimate goal with that office.”

This Means War scribe Timothy Dowling writes out of wine bars like Sherman Oaks’ Augustine and San Juan Capistrano’s Five Vines in the evenings. “I think that atmosphere at wine bars is more mellow than a sports bar, and being around people is always creatively engaging,” he says. “You can only be alone for so long, and there’s something about the energy of being out at a public place that I find helpful.”

And avoiding the time suck of commuting has led to the rise of offices-on-wheels, with the Mercedes Sprinter Van a top choice for actor-producers Kevin Hart and Tyrese Gibson. Producer Jason Blum was known for his tricked-out Chevy Astro van until he upgraded to a 2016 Ford Transit with leather chairs, internet and Apple TV; producer Andrew Panay (CHIPS) converted an SUV five years ago to optimize his time between offices in Santa Monica and Burbank.

Such offbeat outlets may present logistical challenges when it comes to dealmaking, but they also offer unique benefits. Says Bass of his patio HQ, “With this space, everybody likes to come to us for meetings.”