Quick: Name one of the 11 candidates vying to unseat Los Angeles Mayor Eric Garcetti in the mayoral primary March 7.

Stumped? You’re probably not the only one. Not one of the challengers, who range from political strategist Mitchell Schwartz to 64-year-old stunt candidate Diane “Pinky” Harman, is polling in double digits. If Garcetti fails to capture more than 50 percent of the vote — triggering a runoff ahead of the general election May 16 — it would be a shock of Trumpian proportions to the city and Hollywood, with Steven Spielberg, Jeffrey Katzenberg and J.J. Abrams among those who’ve donated to his campaign.

“I really feel like Hollywood has been a central part of this administration,” says the 46-year-old Garcetti, who considers both Jenji Kohan and Jill Soloway close friends. He spoke to THR in a wide-ranging Feb. 14 interview at a Koreatown coffee shop, where he touted a number of his accomplishments, not least of which was convincing state lawmakers to triple annual funding for California film and TV tax credits to $330 million. The result has been a 12 percent bump in filming in 2016, a record year since the incentive program was introduced in 2009, according to FilmL.A. 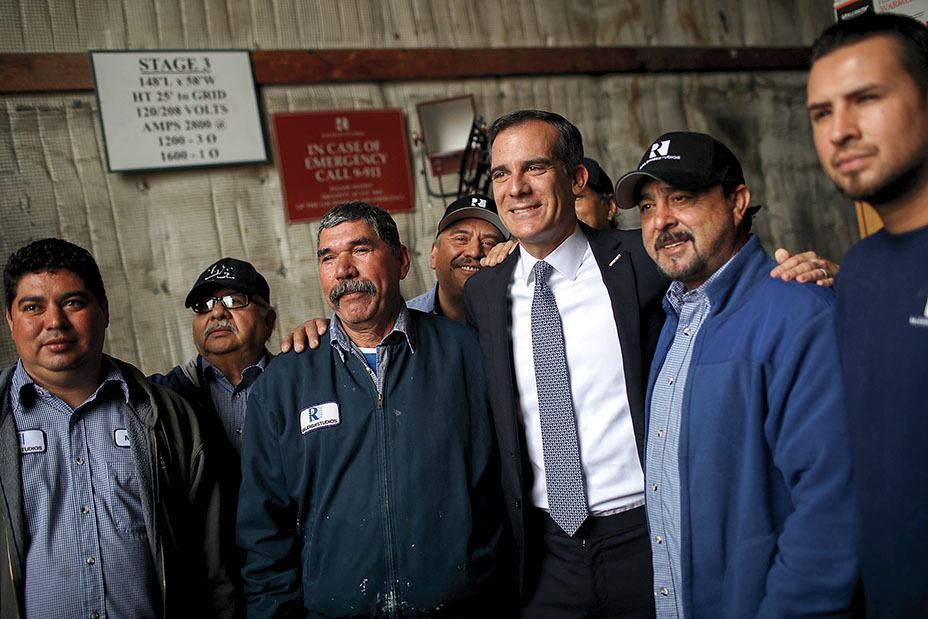 In January, Garcetti pulled off another coup when his administration announced that George Lucas has opted to locate his new billion-dollar Museum of Narrative Art in L.A., which edged out San Francisco as the host city. And with Venice-based Snap set for the largest IPO in L.A. history in March, Garcetti can make the case that Silicon Beach has transformed from a catchy moniker to a bona fide economic engine on his watch.

But should Garcetti win and serve another full term (there’s speculation he’s eyeing either the governor’s race in 2018 or a Senate bid if Dianne Feinstein retires), it won’t be such smooth sailing. On the same ballot that likely will propel him back to City Hall is a box for local Measure S, which aims to suspend for two years any development that requires a modification to the city’s planning rules. Currently, such modifications are routine for new developments — a two-year suspension of the current M.O. could impact several industry-related projects, including 20th Century Fox’s studio lot redevelopment plan in West L.A. Garcetti concedes that reforms to the development approval process are needed, but says Measure S would be “disastrous.”

L.A. Mayor Backs Casting Workshop Crackdown: “Everybody Else Better Be Looking Over Their Shoulders”

In some ways, the ghost candidate challenging Garcetti is Michael Weinstein, president of the AIDS Healthcare Foundation and the architect of Measure S, who has spent about $2.5 million on an aggressive, if at times fumbling, campaign for the initiative. Weinstein tells THR his efforts have tapped into the populist sentiments that drove the Brexit vote and helped propel Donald Trump to the White House. “There is a City Hall bubble, and they are not listening,” says Weinstein. “Extreme corruption demands a strong response, and it will not be the end of civilization as we know it if they have to wait two years and obey the law in the meantime.”

Then there is the growing discord between California and D.C. In late 2016, 16 members of Congress took aim at some of the business practices in entertainment, notably the growing role of Chinese companies. The congressmen sent a letter to the Government Accountability Office, which warned of “growing concerns” about Chinese investment in U.S. entertainment and media, citing Wang Jianlin’s Dalian Wanda Group, which has been on a buying spree. And on Feb. 23, China’s Recon Group announced an agreement to acquire a 51 percent stake in Millennium Films for $100 million (though the deal could be at risk). 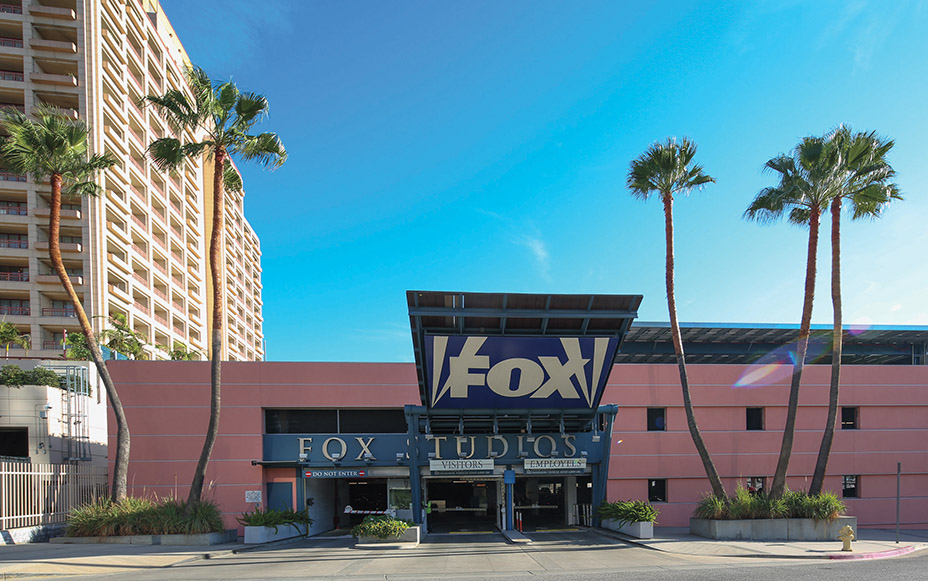 When pressed on his position regarding foreign investment in Hollywood and Southern California, Garcetti says he remains an unabashed internationalist. He would not oppose the acquisition of a major studio by a Chinese buyer, like the Wanda Group or Jack Ma’s Alibaba, both of which have signaled their interest if the opportunity arises. “I absolutely welcome that investment,” says the mayor. “I think it’s a good thing, and I don’t see a downside to it. I think that Americans will always be the storytellers of the world.”

The issue speaks to a larger challenge Garcetti will face in a second term: how he plans to negotiate L.A.’s role in the era of Trump. “He’s a racist. He’s a bigot. He’s sexist,” said the mayor of the then-candidate last May, and he isn’t backing down now. “Look, what I said was in response to things that I think a second-grader could recognize, what we learn as racist comments or bigoted comments. This is a campaign that started with an attack on people of my heritage.” (Garcetti is of Mexican-American, Italian and Jewish descent.) But eight weeks into the Trump administration, and with the president having threatened to cut off federal funds to states he sees as disobedient to his agenda (especially those with cities unwilling to relinquish their sanctuary status), Garcetti runs the risk of igniting an open siege. If federal funds to California are targeted, that could have state legislators second-guessing the film and TV tax credit when it comes up for renewal in 2019.

“It’s my responsibility to do both,” says Garcetti. “To never back down and at the same time to look for every opportunity to make life better for people here.” An accomplished jazz pianist who used to write musicals, he was pulling for La La Land at the Oscars — not least because of its artful use of city locations (it won six awards). “If the mayor of L.A. isn’t rooting for La La Land, no one is. And when I think about the greatest, most beautiful public works project in Los Angeles, I’ve always said this — the 110-105 interchange is like our Roman aqueduct. That they danced up there was just freakin‘ amazing.”