A science fiction utopia sounds like a great idea in concept, but what happens to those who just don’t fit in with the utopian vision the powers that be have decided on? That’s the question at the heart of upcoming digital comic series Lost on Planet Earth.

The series, which launches this week, centers around Basil Miranda, a young woman whose well-planned career path of upholding family tradition and joining the Interplanetary Union Fleet is complicated by the fact that, instead of completing her final exams, she decides to be happy and falls in love with an alien. Rather than making her parents happy as an officer in a Star Trek-esque space force, she finds herself part of the “no-service community” of outcasts, trying to work out just who she is.

Lost on Planet Earth is the first outing for Death Rattle, a collective name for creators Magdalene Visaggio, Claudia Aguirre, Zakk Saam and Joe Corallo. Visaggio and Aguirre are long-term collaborators, having worked on the series Kim & Kim for Black Mask Studios and co-created Morning in America for Oni Press; Visaggio is also the creator and writer for Vagrant Queen, recently adapted for television by Syfy.

“This is a series about the ones who stay behind, the ones who don’t like what they see. It is an examination of choice and self-determination and self-knowledge,” Visaggio said in a statement. “At its heart, Lost on Planet Earth is a sci-fi slice-of-life comic about a burgeoning group of friends making their own way in a world that has no place for them.”

Part of the ComiXology Originals imprint, the five-part series debuts April 15 on ComiXology and will be available for purchase, as well as readable for free to Amazon Prime, Kindle Unlimited and ComiXology Unlimited subscribers. 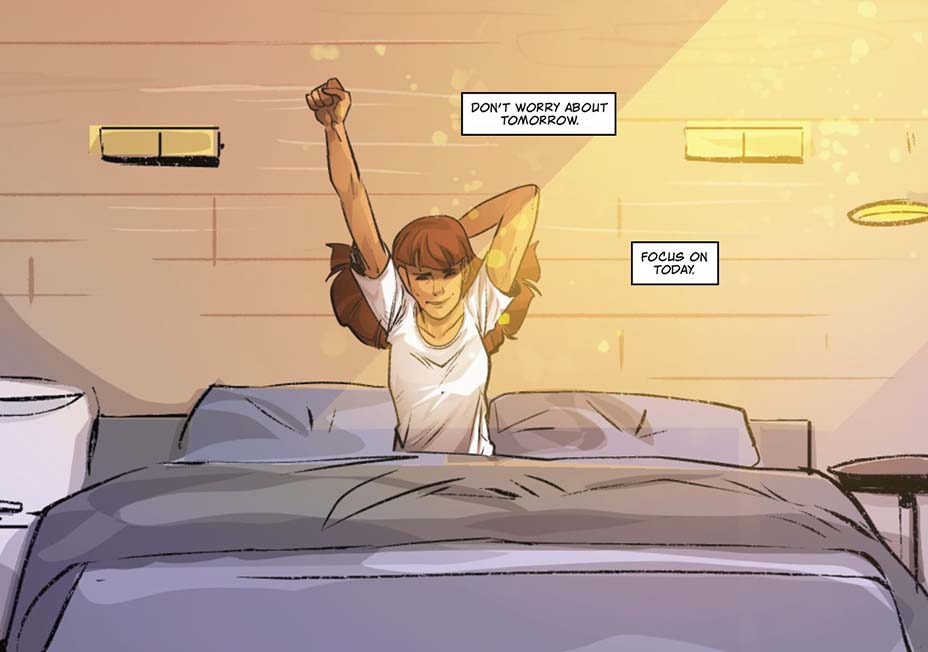 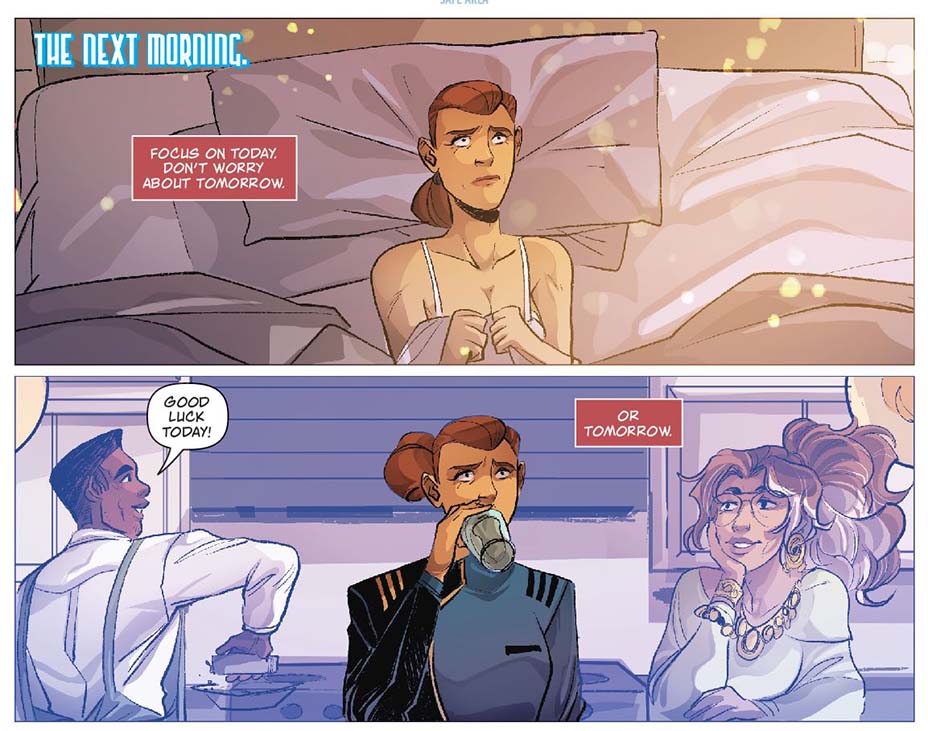 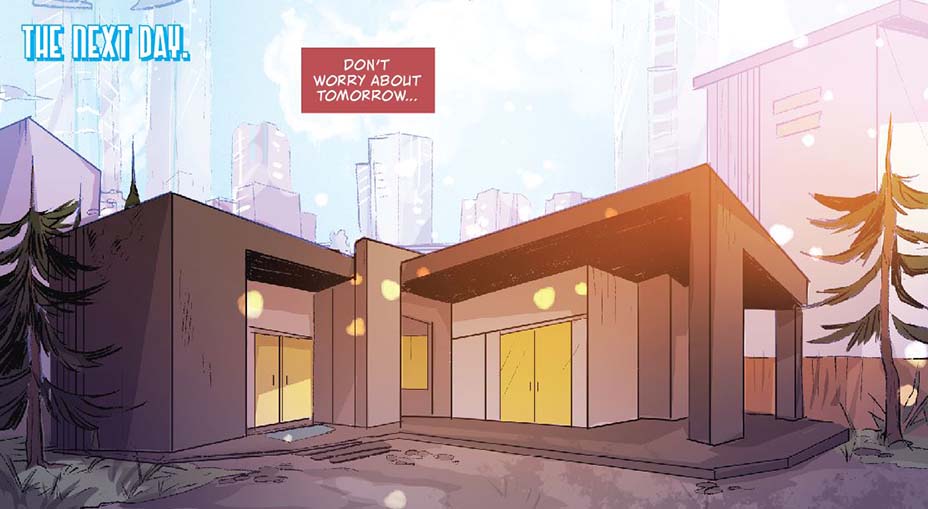 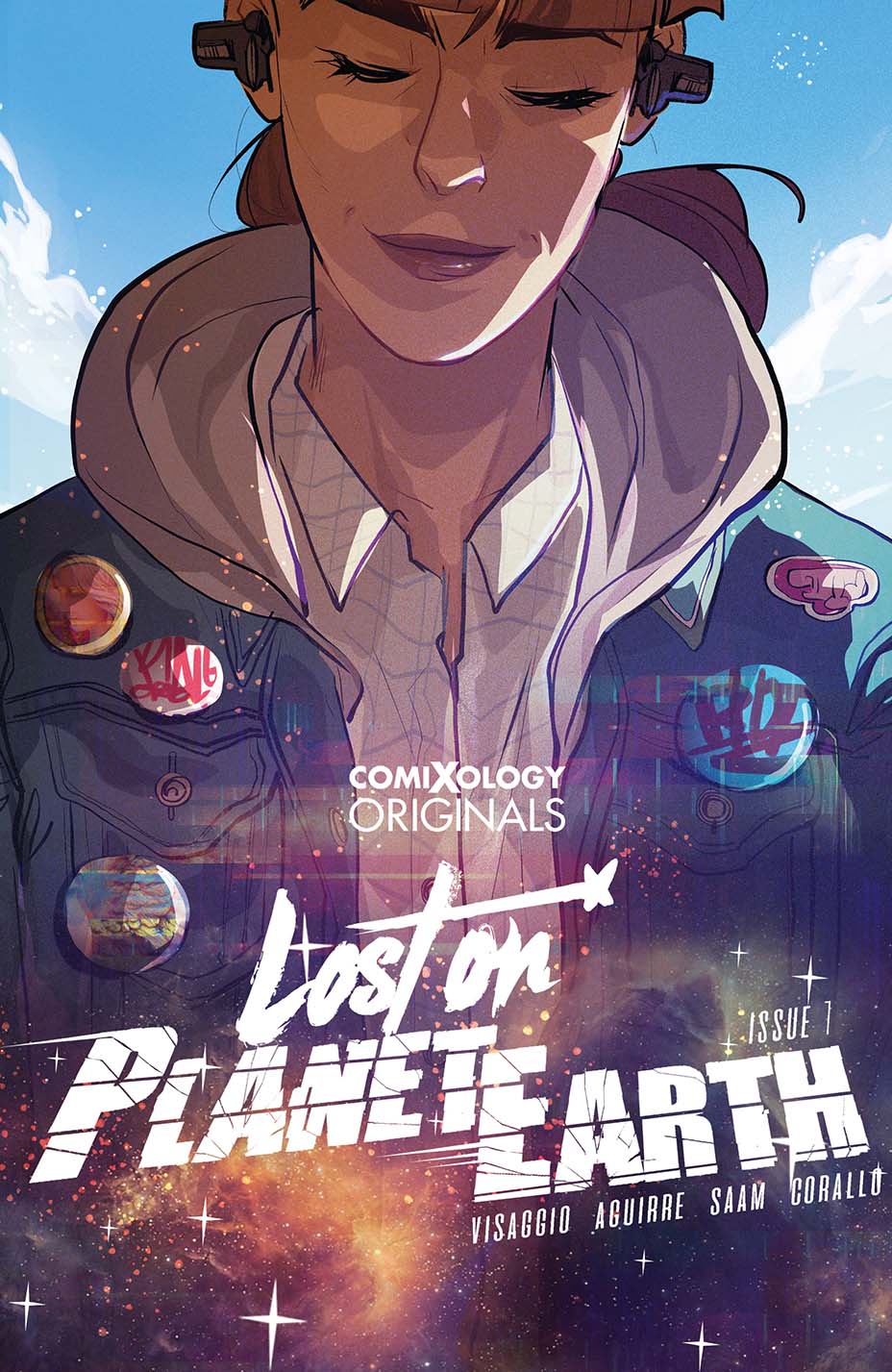