In a photo shared on social media August 4, C.K. is called the “surprise guest in the cornfield” as he poses front and center on stage next to Chappelle and fellow performers Michelle Wolf, Mo Amer and DJ Trauma at Wirrig Pavilion in Yellow Springs, Ohio. That’s where Chappelle has been hosting a series of shows called Dave Chappelle & Friends: An Intimate Socially Distanced Affair, or as its been tagged online “Chappelle’s Summer Camp.” Photographer Mathieu Bitton posted the pic on Instagram, where it was also shared by DJ Trauma who wrote, “Louis CK came thru and rocked with us!!!”

C.K. saw his career sidelined in 2017 due to numerous sexual misconduct allegations, incidents he later acknowledged and confirmed. While he has been moving forward with a comeback for some time — performing at New York clubs in 2018, launching a tour in 2019, and self-releasing a special, Sincerely C.K., in April — the Summer Camp cameo marks his biggest outing yet by sharing the stage with A-list comedy names. Though the photo is dated August 4, that’s also the same day photos surfaced of C.K. vacationing in St. Barts with his French girlfriend Blanche Gardin. 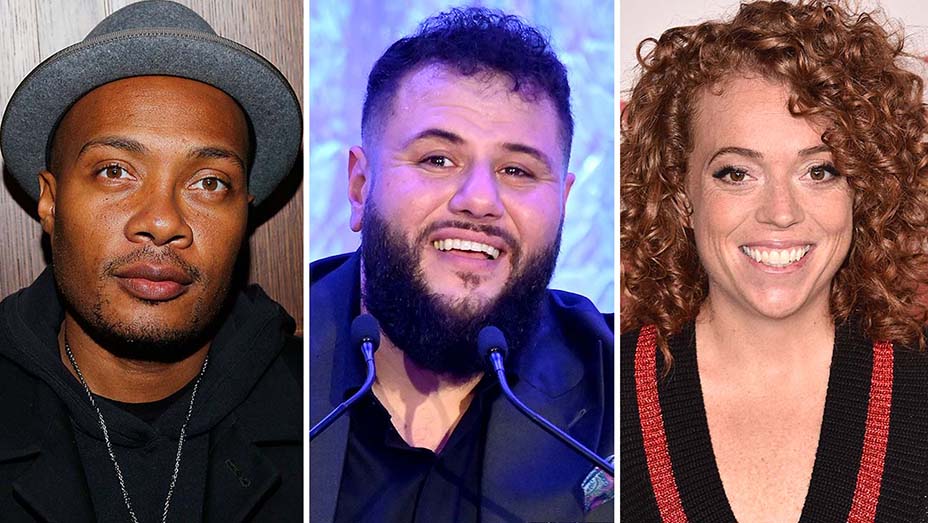 Dave Chappelle & Friends has received a lot of attention as it’s been one of the few breakouts of a COVID-19 ravaged summer that has seen large-scale gatherings like comedy shows, sporting events and concerts largely non-existent. The guest list has also been major: David Letterman, Jon Stewart, Tiffany Haddish, Common, Erykah Badu, Michael Che, Jon Hamm, Talib Kweli, Questlove, and dozens of others. According to local reports, Chappelle and his team have continued to pull off the shows thanks to approval from the Ohio governor and a Greene County zoning board for adhering to safety protocols like temperature checks, socially-distant seating and other measures, as well as agreeing to work with neighbors on noise complaints.

To fans of Chappelle, C.K.’s appearance won’t be a surprise. The two comedians are longtime friends and Chappelle made a point of both defending him and criticizing his accusers in multiple comedy specials. “Louis C.K. was a very good friend of mine before he died in that terrible masturbation accident. … He didn’t do anything you can call the police for. I dare you to try,” Chappelle said in Netflix’s Sticks & Stones. “Now he’s coming back playing comedy clubs and they’re acting like if he’s able to do that that’s going to hurt women. What the f— is your agenda, ladies?”

As for if or when the world will see the Chappelle Summer Camp sets, that remains unclear. Chappelle surprised-dropped the special 8:46 on YouTube in June for free. The Hollywood Reporter reached out to Chappelle’s rep for additional comment. Per Ticketmaster, Chappelle continues the series tonight at 9 p.m. followed by a special outing tomorrow night titled Controlled Danger that is being advertised with a photo of the comedian and friend and frequent collaborator John Mayer. It’s the same title as their previous comedy/music variety show-style event that made stops in Las Vegas, Los Angeles and San Francisco. It’s already sold out.

Louis C.K. Unveils New Stand-Up Special for Those "Who Need to Laugh"

Keanu Reeves Had One Goal for John Wick in 'Chapter 4': Make Him Suffer