Attendees at Lincoln Center’s fifth annual Fashion Gala on Thursday night were effusive in their praise for the night’s honoree, Louis Vuitton creative director Nicolas Ghesquiere: Jennifer Connelly and Paul Bettany playfully bantered over which one of them loved him more, while Nicole Kidman offered up her thoughts on the designer as a good-luck charm. “He did my wedding dress, which blessed my marriage, so I’m devoted to him for life,” she said.

Ghesquiere is only too happy to return that affection, especially in the current climate of seemingly nonstop revelations of sexual abuse and harassment in the workplace. “I design to please women, to make them happy. Tonight I want to express my full support against abuse of any kind,” he said on the stage of Alice Tully Hall. “I want every woman to know that I’m standing by her side to support her freedom and her dignity.” 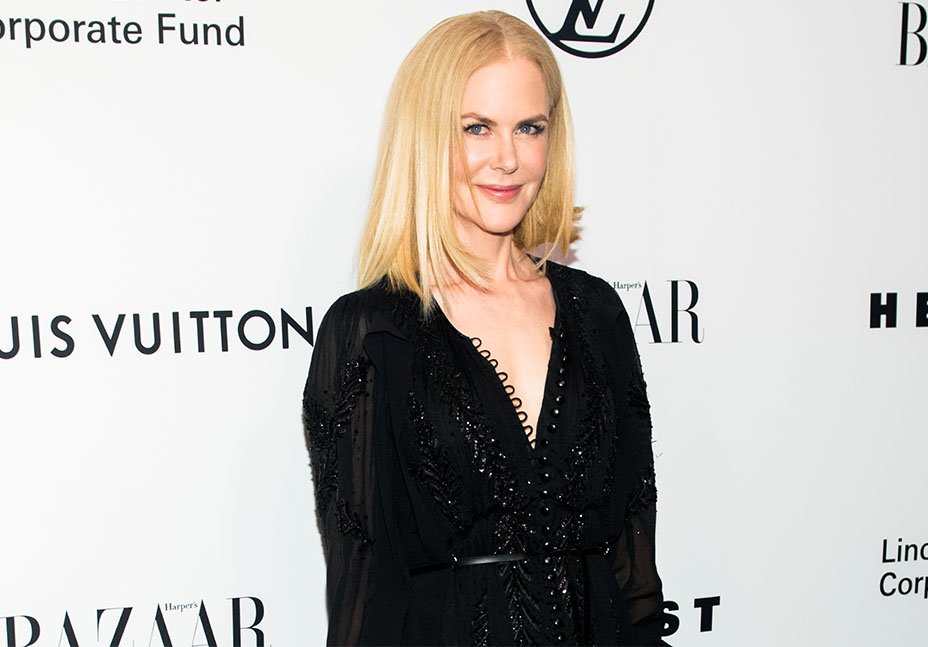 Earlier on the red carpet, Ghesquiere discussed the intersection of his work with some of the most famous women in the world, many of whom were in attendance: In addition to Connelly and Kidman, guests included Michelle Williams, Lea Seydoux, Sophie Turner, Ruth Negga, Riley Keough and Catherine Deneuve. “It’s a bit overwhelming sometimes, but it’s a great compliment, of course,” Ghesquiere said with a laugh when that roster of A-listers was mentioned. “It’s a love story, really. They fall in love with the dress, and it’s why I do my job. And when you design, there’s a lot of psychology involved as well: They are actresses, and you want to fit the character they want to be that night.”

Turner suited that idea perfectly, wearing one of the metallic looks Ghesquiere had based on 18th-century frock coats for his spring 2018 collection. “It’s probably the coolest outfit I’ve ever worn,” the Game of Thrones actress said. “What I love about Nicolas is the running theme throughout every one of his collections: His women are warriors, but with femininity. There’s always strength to these beautiful, ethereal designs. I choose roles that balance vulnerability and strength as well, so finding Nicolas was like finding a fashion match made in heaven.” Turner’s look definitely had one fan: Harper’s Bazaar’s Glenda Bailey stopped herself mid-sentence when she spied the actress on the red carpet. “Oh my gosh, will you look at her? She looks just amazing,” the editor in chief said. 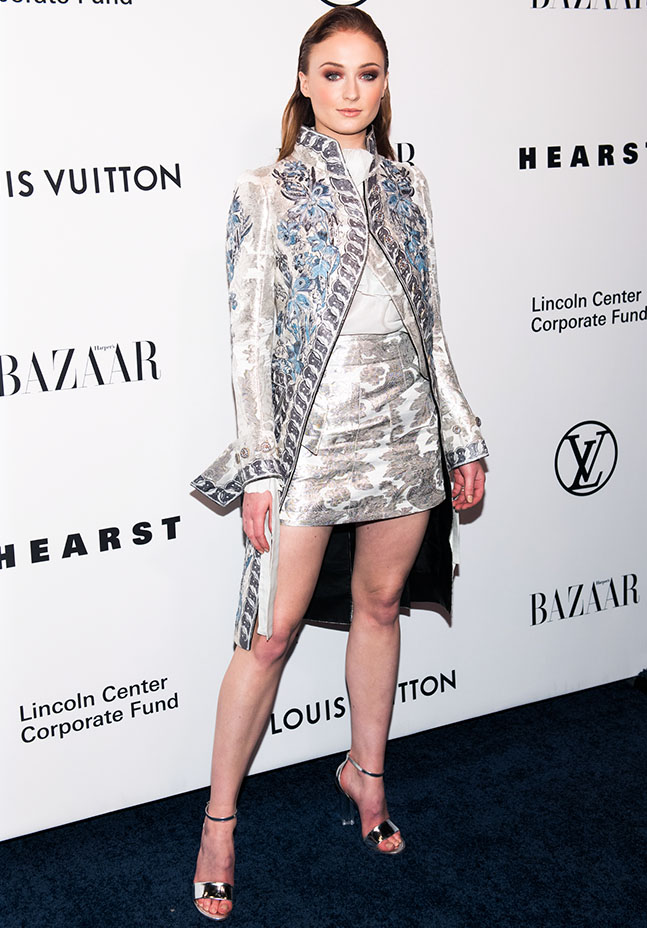 Why was Ghesquiere and the house he oversees the ideal choice for this year’s Lincoln Center honor? “It’s because Nicolas is a true genius; he’s one of the people who really pushes fashion forward,” explained Bailey, who with Hearst president and CEO Steven R. Swartz was among the evening’s co-chairs. “He understands art, he understands fashion, and what he creates is something that’s timely and yet timeless.”

Prior to a seated dinner, Ghesquiere introduced Yoann Lemoine, aka Woodkid, whom he had chosen for the evening’s performance. The singer-songwriter and video director partnered with a Lincoln Center ensemble group (complete with choir and grand pipe organ) to perform a quintet of his songs that he said he had “reinvented” exclusively for the evening, including “Otto,” originally recorded for Louis Vuitton’s spring 2018 runway show. But his final number offered the night’s genuine surprise: Deneuve joined him onstage for an updated version of “Central Park”; Woodkid performed the song — already based on a poem — in English, which he fused with a French poem read by the legendary actress. 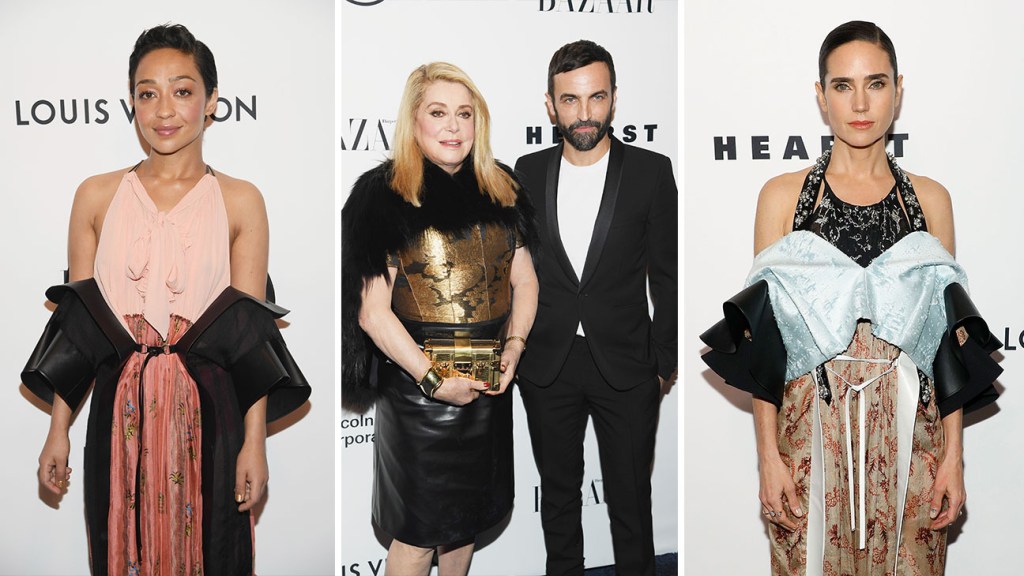 The evening raised $1.7 million for the Lincoln Center Corporate Fund, which is used for resident arts organizations on the performing-arts campus. Noted Swartz, who is also chairman of the fund, “Tonight is the intersection of two powerful forms of creative expression, fashion and the performing arts, both so essential to vibrant and free society.”

Indeed, while Thursday night was far from the first time fashion and performing arts have come together at Lincoln Center — the ongoing partnership between New York City Ballet and Humberto Leon of Opening Ceremony springs to mind — the meaning of those partnerships was not lost on anyone who lands on the affirmative side of the question, “Is fashion art?” “I think fashion is the crossroads of many arts,” Ghesquiere said. “Of course, you also have to find the balance between art and commercial. What is important for me is to find and explore those crossroads. That’s what makes fashion special.”