Lucas Hedges says he can speak more openly about his sexuality, in large part because of his work on Joel Edgerton’s Boy Erased.

“It’s exciting that I have the opportunity, through this film, to speak more truthfully about my own sexuality and to not be ashamed of it,” Hedges told The Hollywood Reporter at a Monday screening of the film at the Director’s Guild of America. “The more honest I am, the more openly I speak, the more support I get. It reminds me of the kind of people I actually want to spend my life with and the people who reach out — I really feel the love.”

In the months leading up to the release of Boy Erased, a film about a homosexual teen who is forced into conversion therapy, star Lucas Hedges has opened up about his own sexuality. He admitted he was “self-conscious” talking about past crushes of different genders in a September interview with Vulture, in which he identified himself as “not totally straight, but also not gay and not necessarily bisexual.” Despite the negativity toward queer youth in the film, Hedges’ personal evolution during production was positive.

“The only reason I’ll ever take a part is if I feel like it can heal something in me and give me an opportunity to really explore and take a look at the darkest corners of my own psychology and life and history and trauma,” Hedges said. “It didn’t feel like a project that hurt me. It felt like something that was like, ‘OK, the gift of this is that I get to really look at my own shame and express it,’ for a camera, for Joel, for this movie, and let it dissolve a little.”

Hiring LGBTQ talent was important to writer, director and star Edgerton, who was hesitant at first to helm the adaptation of the memoir by Garrard Conley. “I very quickly got rid of my fears as to whether I should stand front and center as a director on this because I just felt so compelled to tell Garrard’s story, and I had his support,” Edgerton told THR. “I felt safe knowing that he was my partner in helping to transform his story into a film rather than to presume to run away with it.”

The cast and crew are aware of potential backlash stemming from an LGBTQ film created by a straight man. But Edgerton’s passion and respect for conversion therapy survivors’ experiences outweighed any skepticism, according to Troye Sivan, who plays another participant in the conversion therapy camp.

For Conley, Edgerton was undoubtedly the right man to translate his personal bildungsroman to the screen. But he won’t discredit naysayers advocating for more LGBTQ representation. He says he sent a four-page list of LGBTQ talent to Edgerton for reference ahead of production.

“People are right to say that we need more queer directors,” Conley told THR. “Joel, from the very beginning, made sure that people behind the camera and in front of the camera were LGBTQ. Also, Joel is very strategic, so he knew how to get Nicole and Russell on board to make this a mainstream story. I hope we get to a place where there’s an abundance of queer stories and an abundance of directors dealing with this material. We’re not there yet, so I want to validate that criticism. It’s an OK criticism. It’s a conversation we need to have.”

Lucas Hedges, Russell Crowe on Political Significance of 'Boy Erased': "It Was More Than an Artistic Endeavor" 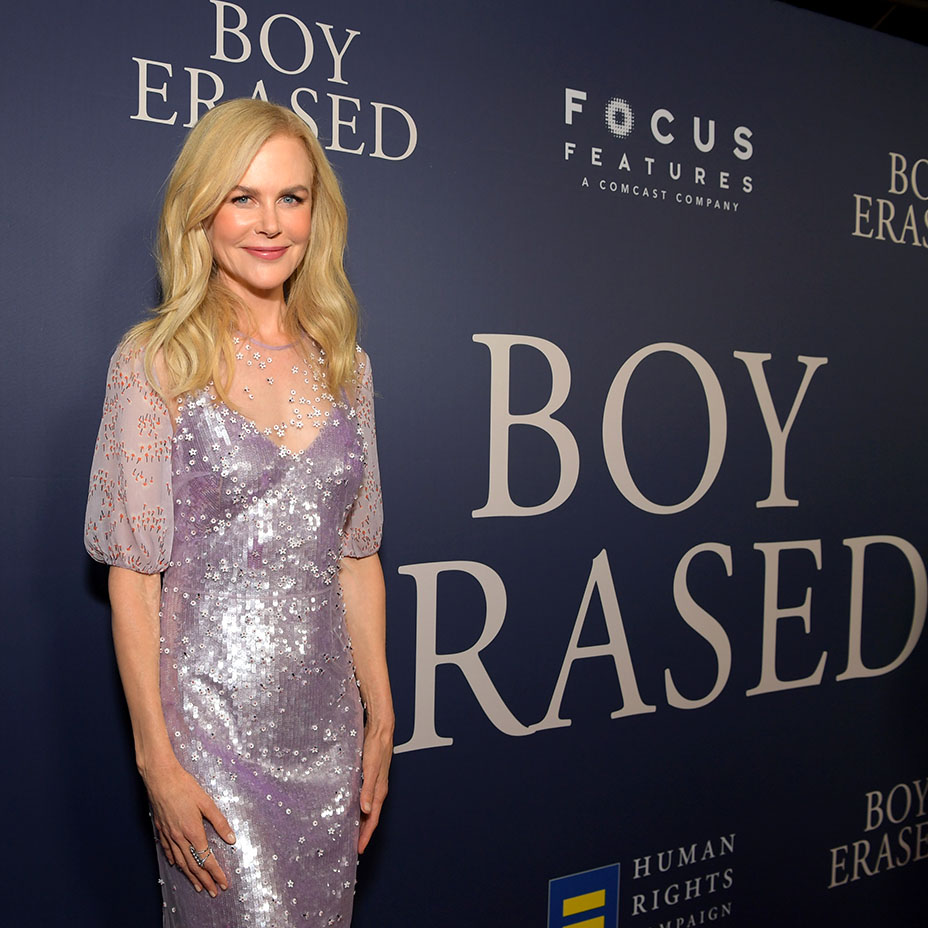