“I’ve never been to the Hamptons before, so this is my very, very romantic introduction to it,” British-born actress Lucy Boynton told The Hollywood Reporter Thursday night, as she surveyed the lush green expanse of a private estate on tony Hedges Lane. After a last-minute downpour delayed guests who were motoring to the event, the grey skies held and the light turned misty as she co-hosted an al fresco toast to summer along with Saks Fifth Avenue president Marc Metrick and Vogue magazine.

Boynton has just started making the rounds in New York to promote the upcoming Ryan Murphy Netflix series The Politician, becoming this summer’s fashion “it girl” in the process with her saucy offbeat style (aided by her fashion stylist Leith Clark.) She did not disappoint on Thursday in a poppy-print, floor-length dress ringed with ostrich feathers at the hem by Milanese fashion label La DoubleJ. “I do like a good feather moment,” she laughed and nodded, referring to her appearance a couple nights earlier at a series’ screening in a shocking pink Patou mini dress with feather-trimmed Roger Vivier pumps (with beau Rami Malek by her side). 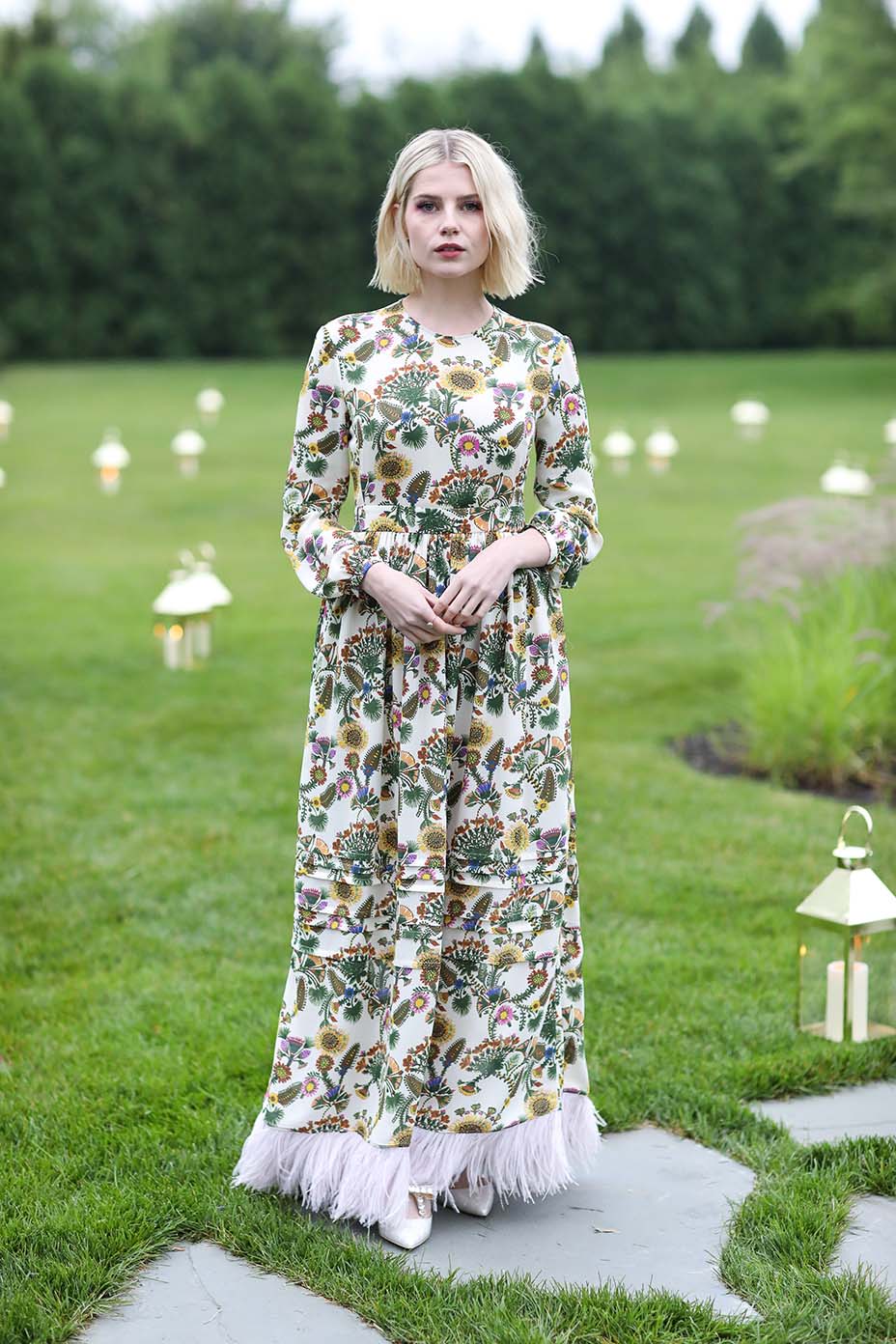 Though The Politician stars heavyweights Gwyneth Paltrow, Jessica Lange and Bette Midler, Boynton said filming parallel story lines meant most of the time that the cast spent together was off set, before filming wrapped in Los Angeles in December.

“We got to hang out at Ben’s house in Malibu [that would be co-star Ben Platt’s place] and at Disneyland, and it was kind of one big long adventure,” she said. “And all the little dark bars lit with fairy lights were one of my favorite things to find in L.A.”

The “adventure” will continue this fall when The Politician starts filming again on the East Coast in October right after the series debuts in September. “My home is pretty much two suitcases at the moment,” laughed Boynton, who incidentally comes from a family of travel writers.

She says she’s looking forward to spending autumn in New York. “One thing I have to say was that I missed the turn of seasons when I was filming in Los Angeles,” she said. “I didn’t realize how psychologically I lean on that feeling of change in time passing. Time doesn’t seem to pass in L.A.” 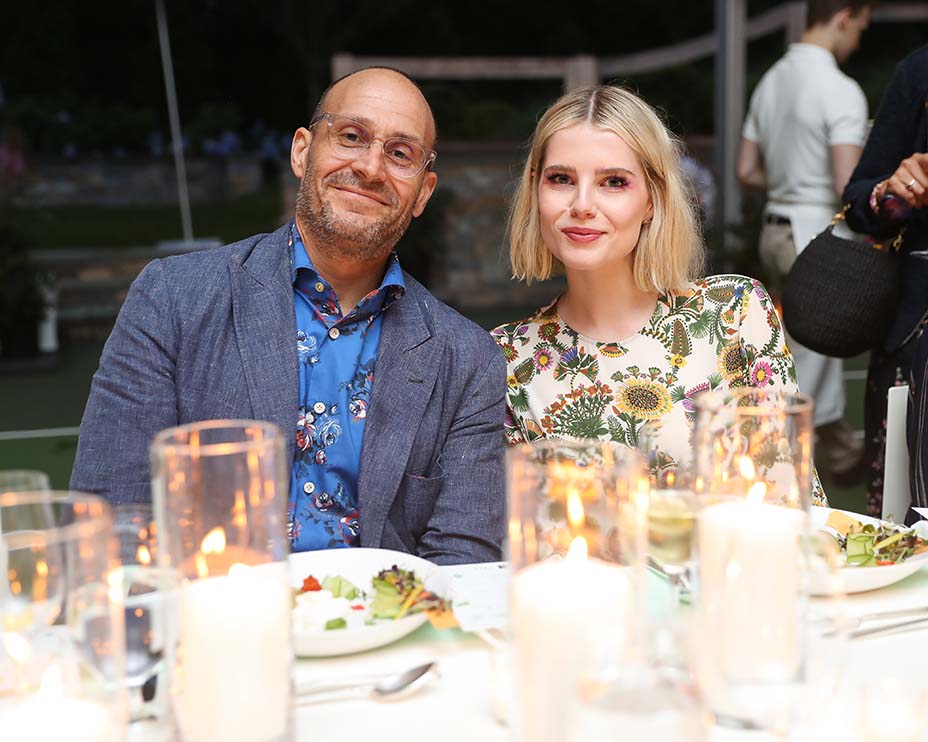 Boynton started her career at age 12 as the young Beatrix Potter in 2006’s Miss Potter and said her career has turned out much differently than what she envisioned as her younger self:“I guess I didn’t know what to expect at such a young age. I think I was just thrilled to start working before I was a grownup. [Now] I like that it feels like work. When I was a kid, it felt like such a dream fantasy. But it’s nice to feel like I’m grinding.”

With a spate of recent film credits including Murder on the Orient Express and last year’s mega-hit Bohemian Rhapsody (in which she starred with Malek), she said that most of her travel these days is for work. “I did go to Ischia last summer for one of my best holidays since I was a kid,” she said, and added she hopes to make her way back to Italy sometime soon. “It has all that really beautiful old architecture, that’s the thing that I’m gravitating towards.”

Later, the court was transformed for dinner with a long candlelit table and Metrick welcomed the guests in a mercifully short speech, humorously saying any complaints about the food could be taken up with the bemused Boynton. (For the record, there weren’t any takers; the menu — from gazpacho with edible flowers to lemon honeycomb tart — was a definite hit).

Earlier in the evening, Boynton said that even though she felt like she had blown into town on a “‘Franken-storm’ from the U.K.,” she was keen to come back to Long Island’s East End. “Hell yes, it’s so beautiful,” she mused. “It’s just my own laziness that’s not taken me here before.” 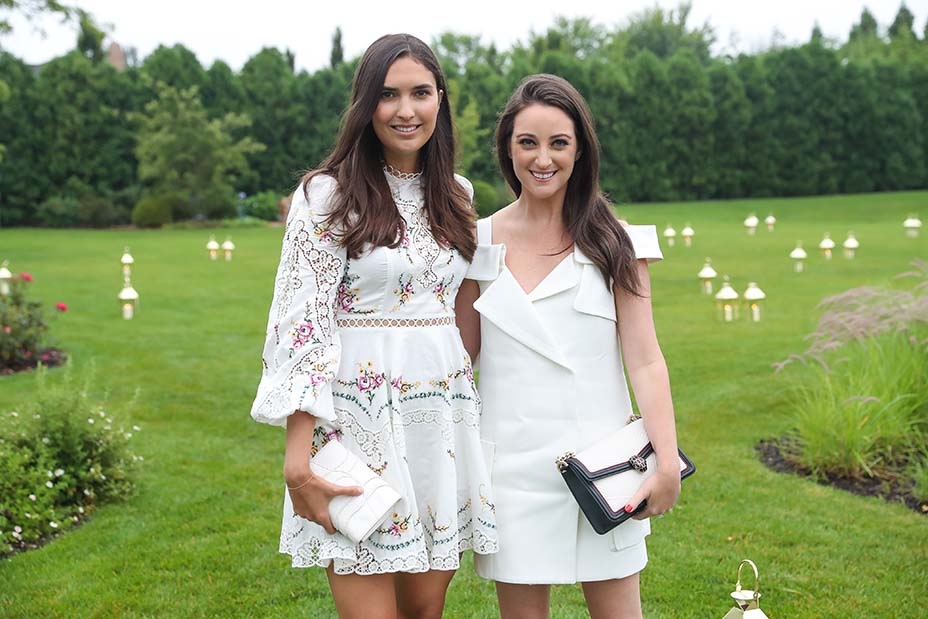 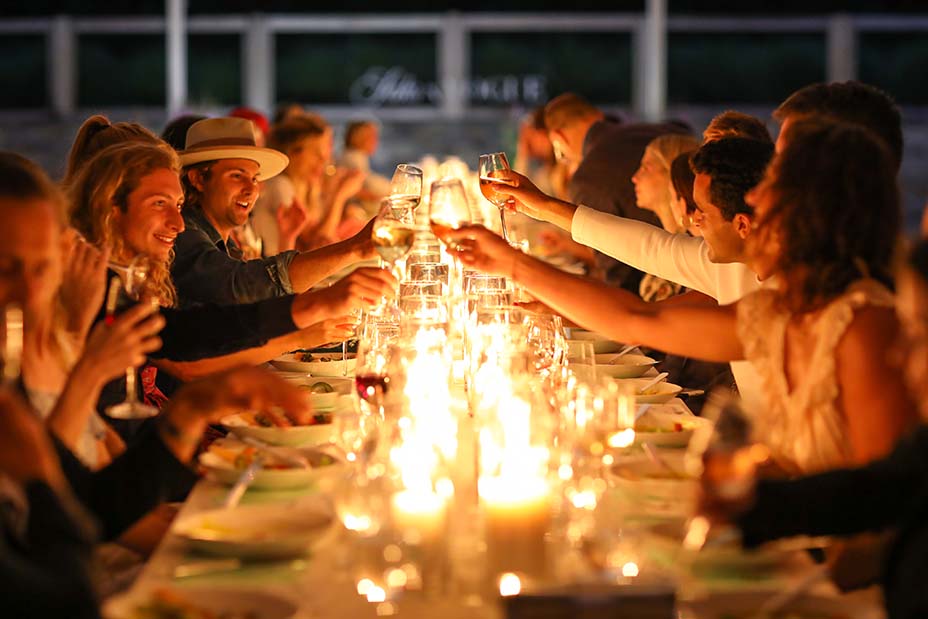