When a New York Times brief about the 1986 trial of French diplomat Bernard Boursicot gave David Henry Hwang the spark to write his breakthrough play M. Butterfly, he made a conscious decision to refrain from further research, instead envisioning the drama as a deconstructivist version of Puccini’s Madama Butterfly. That resulted in a 1988 Broadway premiere that trafficked bewitchingly in mystery and ambiguity, at a time before non-binary gender roles, sexual fluidity and intersectionality had entered the cultural discourse in any significant way. Cut to the radically altered landscape of 2017, and a major revival of this celebrated hit becomes a tricky proposition.

The playwright’s points about the sexist and racist stereotype of the submissive, slender “Oriental” lotus blossom craved by Western males as a reaffirmation of their manhood becomes less a part of the dramatic fabric than a too-literal thesis on gender and geopolitics. Rigid perceptions of male-over-female and West-over-East dominance are underlined with heavy-handed insistence.

It’s essential for us to believe that Rene, with his plain, older wife and distinct lack of game around women, might have been oblivious to the fact that his longtime mistress was actually a man — even if only because he needs to fool himself into believing he’s fallen in love with “the Perfect Woman.” That becomes more difficult in Hwang’s update, in which Song is given such a twisty introduction that gender pronouns are shuffled like playing cards. 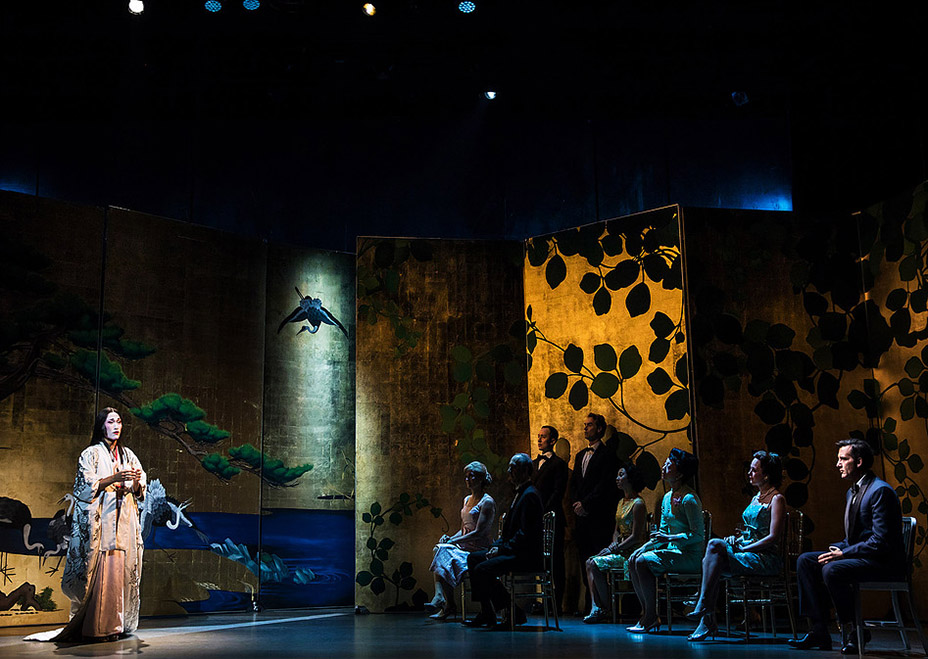 Part of what deadened David Cronenberg’s limp 1993 screen version was the shortage of beguiling artifice in the central performance of John Lone as Song. Hardly a review at the time failed to mention the actor’s visible five o’clock shadow or the masculine contours of his handsome face. Gallimard had to be blind or stupid not to notice. Awkward timing didn’t help, with the movie coming on the heels of The Crying Game, a psychologically nuanced drama that more successfully kept the audience guessing about its shifting terrain of love, politics and sexual identity.

The bluntness and lack of poetry in Taymor’s sluggish M. Butterfly revival are no fault of the talented Jin Ha, who plays Song with an enigmatic air that moves sinuously from a convincing affectation of graceful subservience to teasing manipulation and survivalist cunning as the story weaves in espionage and betrayal.

Perhaps it’s that Clive Owen seems a little too dashingly rugged to be so insecure around women, but his dour Gallimard is more hamstrung by the production’s approach. First seen in an arresting series of brief flashes, hunched over in a prison cell beneath a bare light bulb, the character generally seems more spent than gripped by intoxicating passion. There has always been the suggestion that Gallimard may simply have been a closet homosexual for whom the self-deception of a relationship with a man posing as a woman was a convenient fantasy. Whether intentionally or not, that rather flat reading gains traction here, leaving Owen little room for depth. Gallimard’s tragedy is that he’s a would-be Vietnam-era Pinkerton who ends up as a Butterfly, a bitter irony somewhat dulled in this production.

Taymor also drains much of the humor from the scenes in which Rene interacts with fellow Westerners — his wife Agnes (Clea Alsip), his womanizing school chum Marc (Murray Bartlett) and Toulon (Michael Countryman), the French ambassador to 1960s Peking, chief among them. 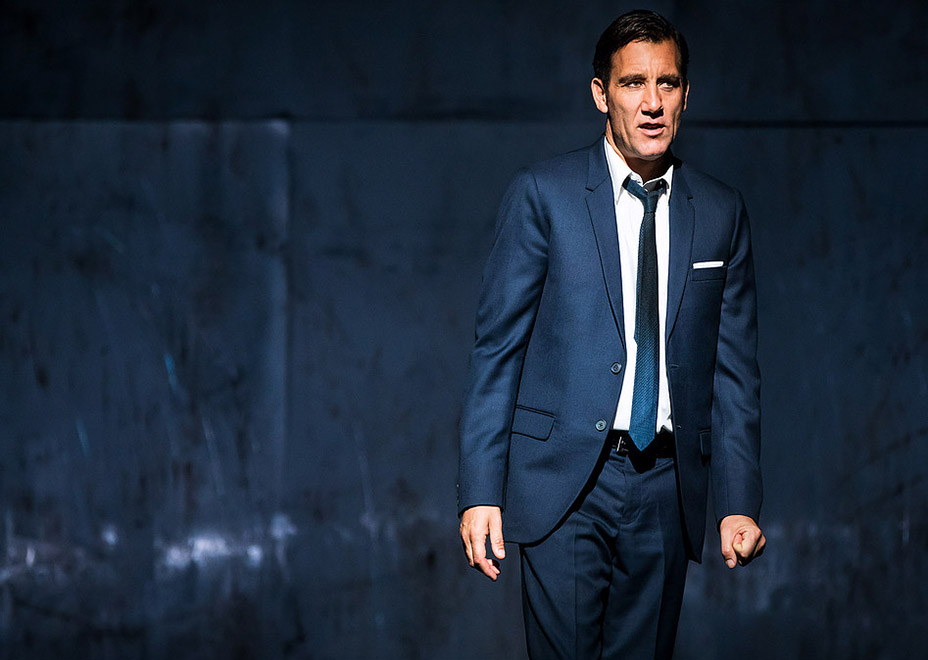 The director has a firmer grasp of the visual spectacle. Taymor and set designer Paul Steinberg, using mobile sectional panels as their principal element, create stunning transitions in the first act in particular, from the stark steel walls of Gallimard’s cell in Paris to the decorated golden screens of the Chinese embassy to poster-art representations of Beijing Opera masks and makeup. The production doesn’t erase memories of the brilliant late designer Eiko Ishioka’s incomparable work on the original, with its streamlined Eastern elegance. But there’s nonetheless much to please the eye here, especially in the opera scenes, elaborately costumed by Constance Hoffman and choreographed by Ma Cong.

One of the most notable textual additions is the insertion of The Butterfly Lovers, a popular Chinese opera about gender confusion, in which Song plays a girl who disguises herself as a boy in order to be educated, winning the heart of a male classmate with tragic results for both when she is promised instead to a wealthy merchant. As a less passive alternative to the Cio-Cio-San narrative of Puccini, it adds interesting layers to the central romance, and Taymor stages the performance interlude exquisitely, kissed by Donald Holder’s lighting as if by magic. But both here and in the personal history that Song subsequently recounts to Gallimard to persuade the Frenchman that his Chinese friend is a woman, Hwang continually falls into the trap of over-explaining.

Nowhere is this more the case than in the climactic courtroom scene in France. In place of the original direct-address monologue in which Song for the first time fully revealed himself to the audience while filling in the gaps of the couple’s years back in France, there’s now a lurching shift to the trial and a graphically detailed description of sexual trickery, both crude and clinical.

By virtue of its subject matter alone, M. Butterfly remains a provocative drama, not to mention an important milestone for an Asian-American playwright on Broadway. But in their counterintuitive attempt to make the play relevant for an audience more versed in the complexities of gender and racial politics, Taymor and Hwang have inadvertently undercut its pathos. 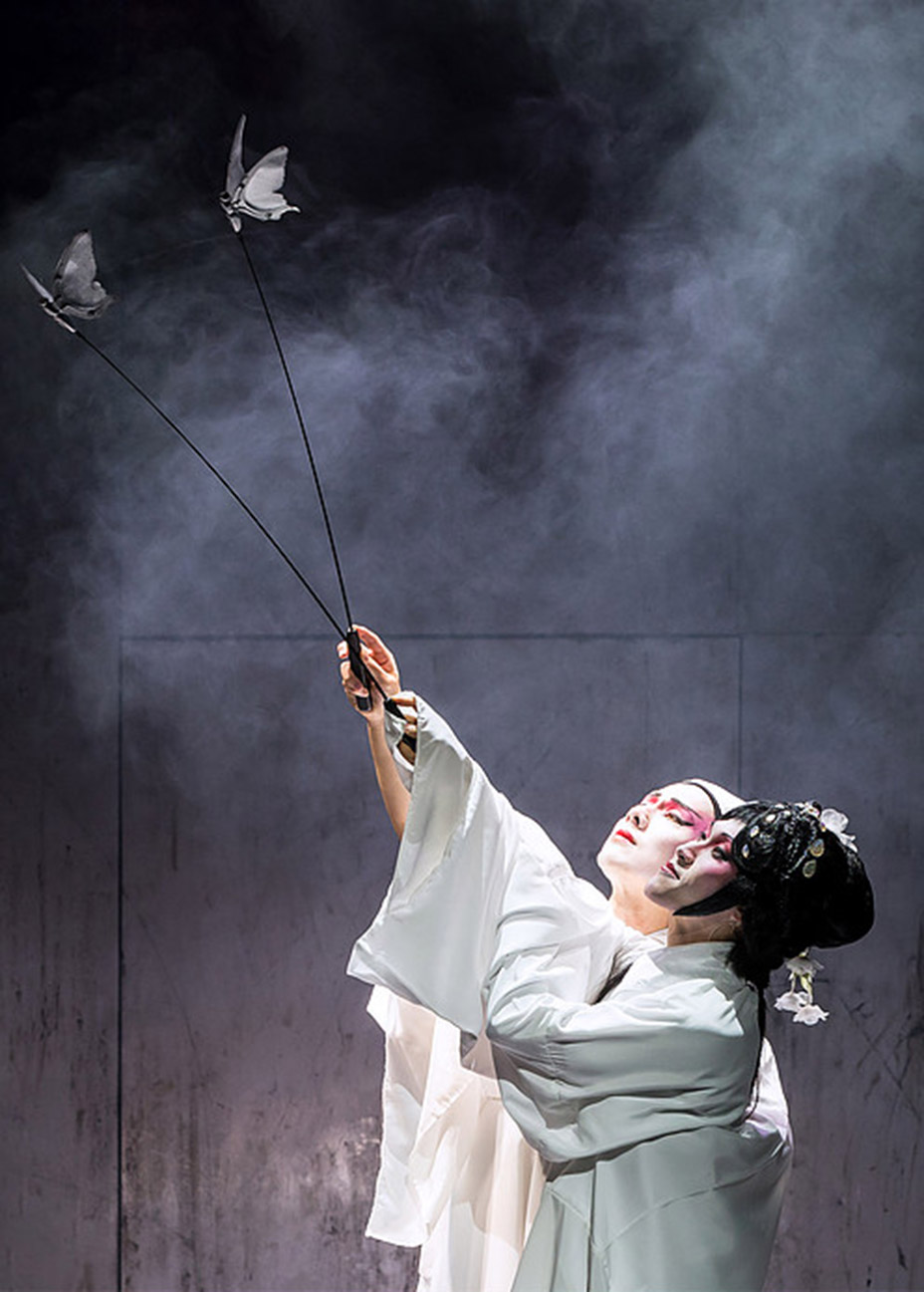