Continue to The Hollywood Reporter SKIP AD
You will be redirected back to your article in seconds
Skip to main content
May 20, 2018 8:08pm

“Pretty fearless, huh?” Hunt said before introducing Gyllenhaal to the stage at Milk Studios’ penthouse space in Manhattan. Gyllenhaal, in a white zippered dress and noticeably fighting a cough through the sit-down, and Hunt went on to deep dive into Gyllenhaal’s career choices and performances.

Together, they covered everything from the “lots of times” she’s been told she’s not pretty enough for certain roles (“They tell young actresses crazy shit.”) to how her Crazy Heart supporting actress Oscar nomination didn’t change much (“I still was fighting for the things that I wanted. It didn’t, like, all of a sudden open every door.”) to why she didn’t know how to truly “work” until hitting age 35 (“I learned [doing The Honourable Woman] how to use my mind and what I am as a person right now and [to] use the fiction of the piece that I’m doing to make my heart and my brain bigger.”). 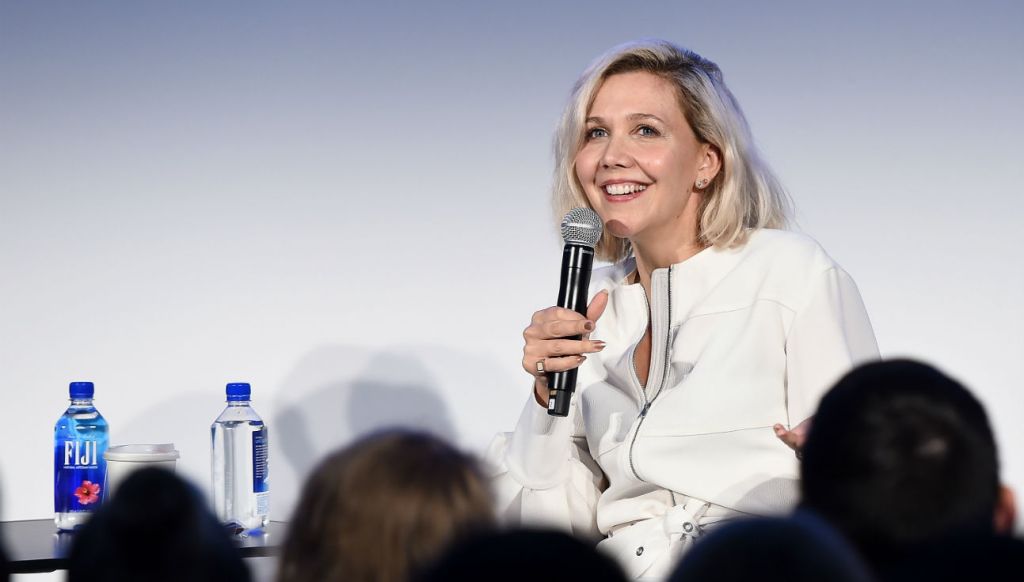 The afternoon’s most revealing moment, however, came when attention turned to The Deuce and her turn as Candy. She admitted that given the nature of the show, which focuses on sex work in 1970s New York City, she’s frequently filming sex scenes, and that midway through filming the first season, she’d reached a breaking point.

“There’s so much transactional sex,” she said. “I was a part of so many scenes where I would like, meet an actor who had one scene, we would have a sex scene together, and then they would leave and that would be it. And it felt very much like what Candy’s doing, it was like a transaction and then you’re on to the next thing…. I did get a little tired of it by the end of The Deuce to be completely honest. And I think part of that is how Candy felt. By the end of The Deuce, she was like, ‘I’m fucking over it.’”

Gyllenhaal clarified, though, that she still thinks sex onscreen “sometimes is a way of communicating things that can’t be communicated any other way.”

That aside, sex scenes are not the only work in her future on The Deuce or otherwise. She teased that “the circumstances are very different” in Season two, which she’s currently filming.

Gyllenhaal also announced that she and husband Peter Sarsgaard are developing a comedy together about Mary Matalin’s and James Carville’s unlikely romance. “Mary Matalin ran George Bush’s presidential campaign and James Carville ran Clinton’s campaign, and as they were campaigning against each other they had a love affair,” she explained. “[They] fell in love.”

While Gyllenhaal expressed ongoing frustration from the challenges of developing her own work (“Sometimes I think it’s gonna be easier than it is…. My taste, when I’m just left to my own devices, might be over on the side.”), to see her play Matalin alongside Sarsgaard’s Carville sounds like just the unexpected move we’ve come to expect from the multihyphenate star.