Los Angeles became the center of the basketball universe on Monday night as Hall of Fame legends such as Kareem Abdul-Jabbar, Bill Russell and Bill Walton joined today’s stars Giannis Antetokounmpo, Luka Doncic and Trae Young at the NBA Awards, which were held at Barker Hangar at the Santa Monica Airport.

While many great players were in attendance at the ceremony, lifetime achievement award recipients Larry Bird and Magic Johnson probably generated the most buzz among guests.

Former NBA great Bill Walton, who was a Boston Celtics teammate of Bird’s, explained to The Hollywood Reporter what made the two former rivals icons of the game: “Because of the way they played. They played to win. They did everything on the court. They were phenomenal leaders. They were able to bring teams together. They were able to ignite community spirit,” he said. “They did everything that anyone could ever ask of any player, and it was just absolutely spectacular to be able to witness their careers, to be opponents of theirs and teammates. They’re spectacular human beings.”

Many of the players in attendance used the event as an opportunity to catch up with fellow NBAers. Charles Barkley stopped by Young’s table to speak with the rookie of the year candidate, while Tiffany Haddish was one of the more popular stars of the night as guests including Niecy Nash and Issa Rae popped by her table.

The NBA has become a truly international league with Greece’s Antetokounmpo, Slovenia’s Doncic and Cameroon’s Pascal Siakam all taking home awards on the night.

Los Angeles Laker legend and THR contributor Kareem Abdul-Jabbar spoke about how the NBA has made basketball a global sport: “I think basketball is ascendant now. We’ve got players from all over the world, which means that great players from all over the world love the game and want to play it. That’s a good thing. That’s something that’s become a part of people’s cultures, and that’s awesome.”

One of the most emotional moments of the evening came when broadcaster Robin Roberts was honored with the Sager Strong Award; she also received a brightly patterned sports coat in honor of late beloved NBA reporter Craig Sager, who died of cancer in 2016.

Speaking of her own battle with breast cancer, Roberts told the audience how she found inspiration in Sager’s fight against the disease: “Make your mess your message, and although the outcome for Craig was not what we hoped for, not what we prayed for … Craig’s courage, the way he would focus on the fight and not the fright, his unwavering faith, his compassion and grace towards everyone he met are qualities that everyone should strive for in their lives.”

The final honor of the night was the coveted Most Valuable Player Award, which was given to Antetokounmpo. The Greek-born player of Nigerian descent became emotional when receiving his award and he honored his parents, Nigerian immigrants who moved to Greece with nothing before he was born so that he could have a better life.

Speaking to reporters after receiving the prize, Antetokounmpo explained why his parents served as his inspiration to become a great player. “There were times when we were poor, we didn’t have money, but we never did not have love,” he said. “There was no shortage in that, and we were always together. Those are the memories that I remember, and that’s why I always want to be better.”

Other winners included Los Angeles Clipper guard Lou Williams, who received the Sixth Man of the Year Award; the Dallas Mavericks’ Doncic, who was named Rookie of the Year; Utah Jazz center Rudy Gobert, who took home Defensive Player of the Year honors; Mike Budenholze of the Milwaukee Bucks, who was tapped as Coach of the Year; and Toronto Raptors forward Pascal Siakam, who won the award for most improved player. 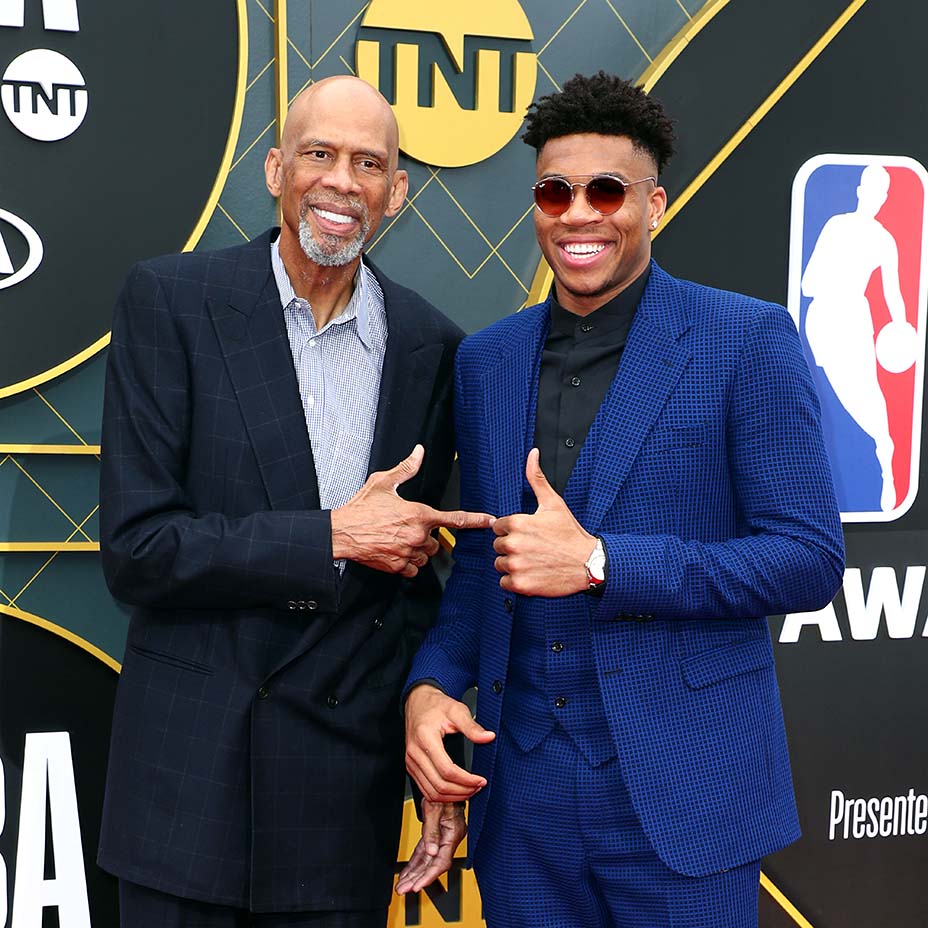