Sure, having a magic school bus that can travel anywhere in time or space certainly sounds like fun — as long as it works properly. In the new ComiXology Originals series Field Tripping, however, that’s not exactly the case — but that’s just the start of the story.

Set seven years after an accident leaves a class full of impressionable young minds stranded on a school bus that can travel anywhere except for back home, Field Tripping — a five-part digital comic book series by James Asmus, Jim Festante and José García — tells the story of a group of teenagers who didn’t have the chance to grow up properly faced with a situation where they have to act like adults for the first time…or else.

“Field Tripping is a candy-coated sugar-rush of innocent kids’ cartoons shoved into an adrenaline and anxiety-fueled life and death bender across everything your childhood self feared and fantasized about,” co-writer Asmus said in a statement, adding, “space, unicorns, alternate dimensions, labyrinths, pirates, ghosts, crushes — it’s a world where anything is possible and everything is terrifying. Just like actual middle school.”

The writing team of Asmus and Festante have collaborated on everything from comic books — The End Times of Bram & Ben, Rick and Morty Presents Mr. Meeseeks — to animated projects for Stoopid Buddy and Flying Rock Entertainment, and improv performances. Separately, they’ve worked in television, theater and online. Garcia’s previous illustration clients include Heavy Metal, First Second Books and Dreamworks TV.

The series launches Sept. 11, and will be available at no additional cost for ComiXology Unlimited members, Amazon Prime subscribers, and Kindle Unlimited users. For those wanting to see a glimpse of what things were like before everything went wrong, read on for an exclusive preview from the first issue…. 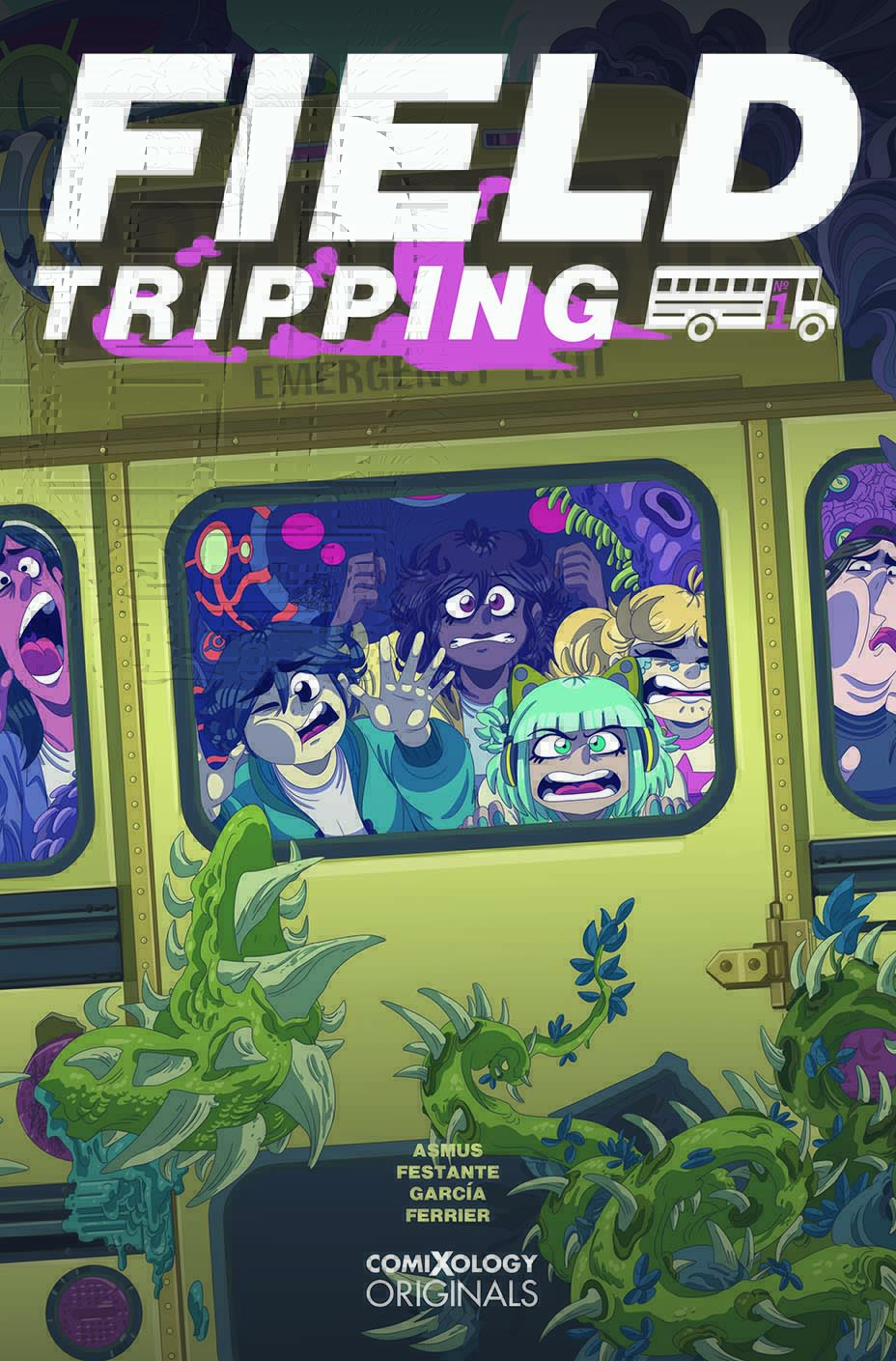 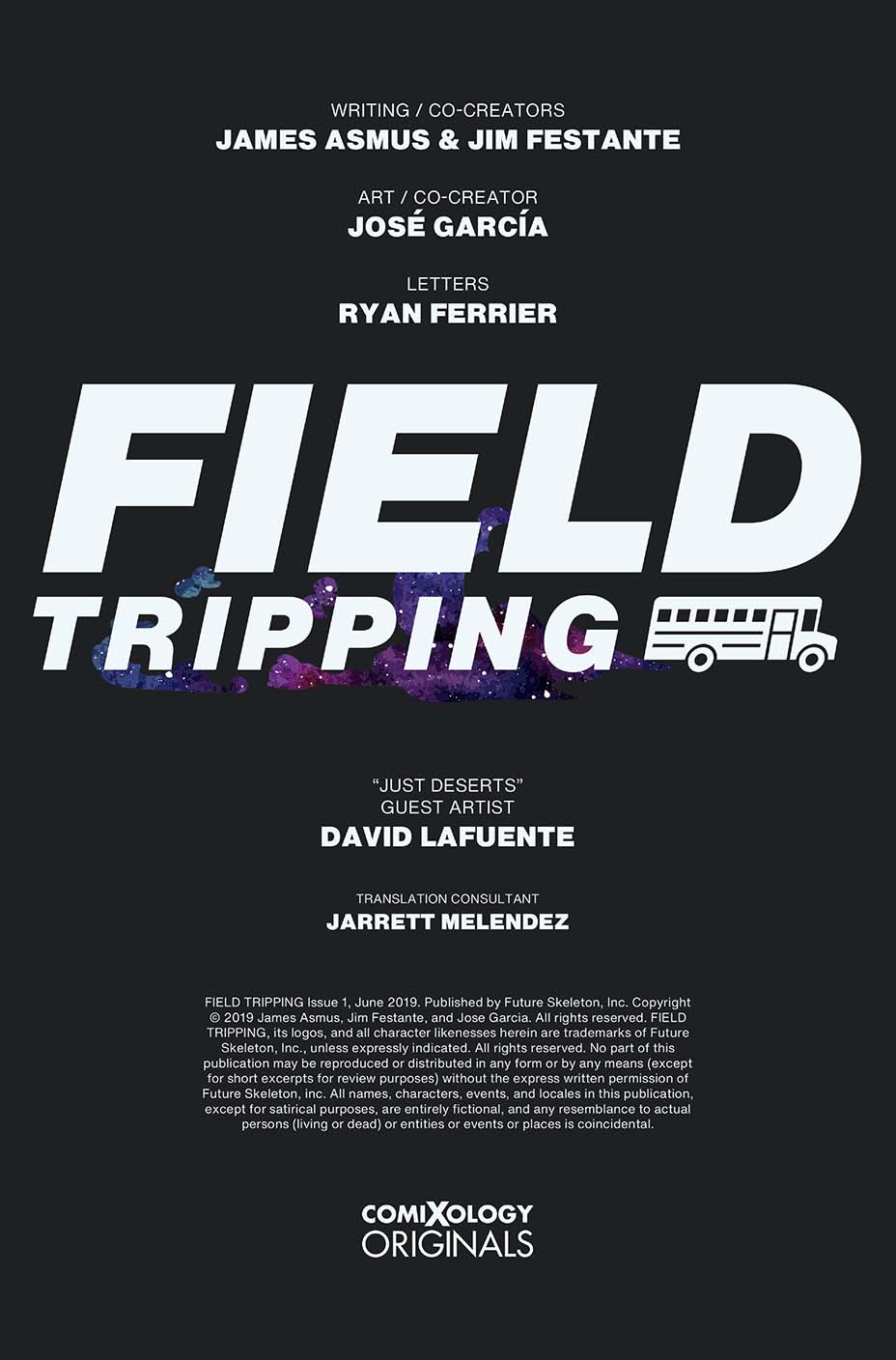 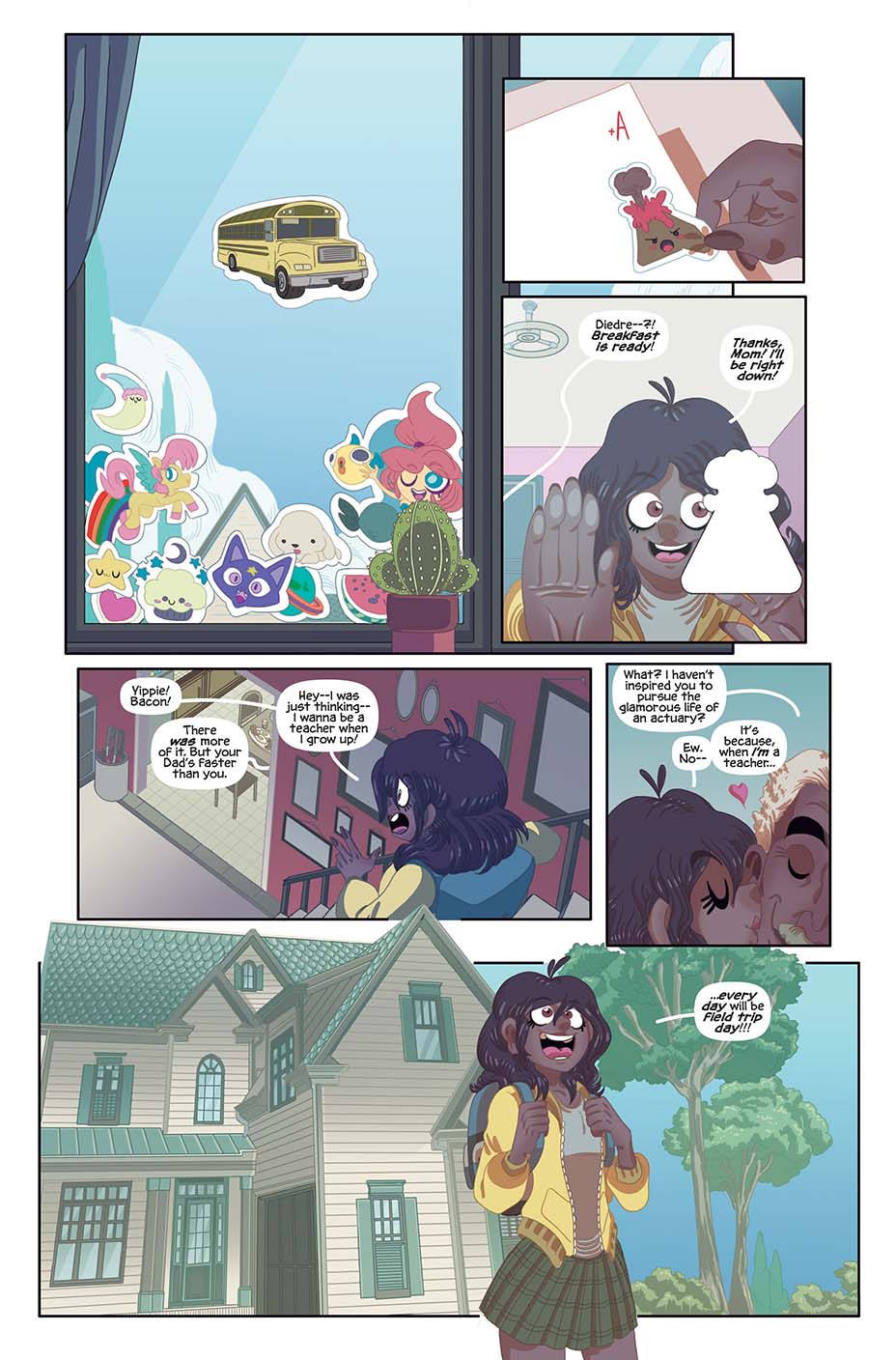 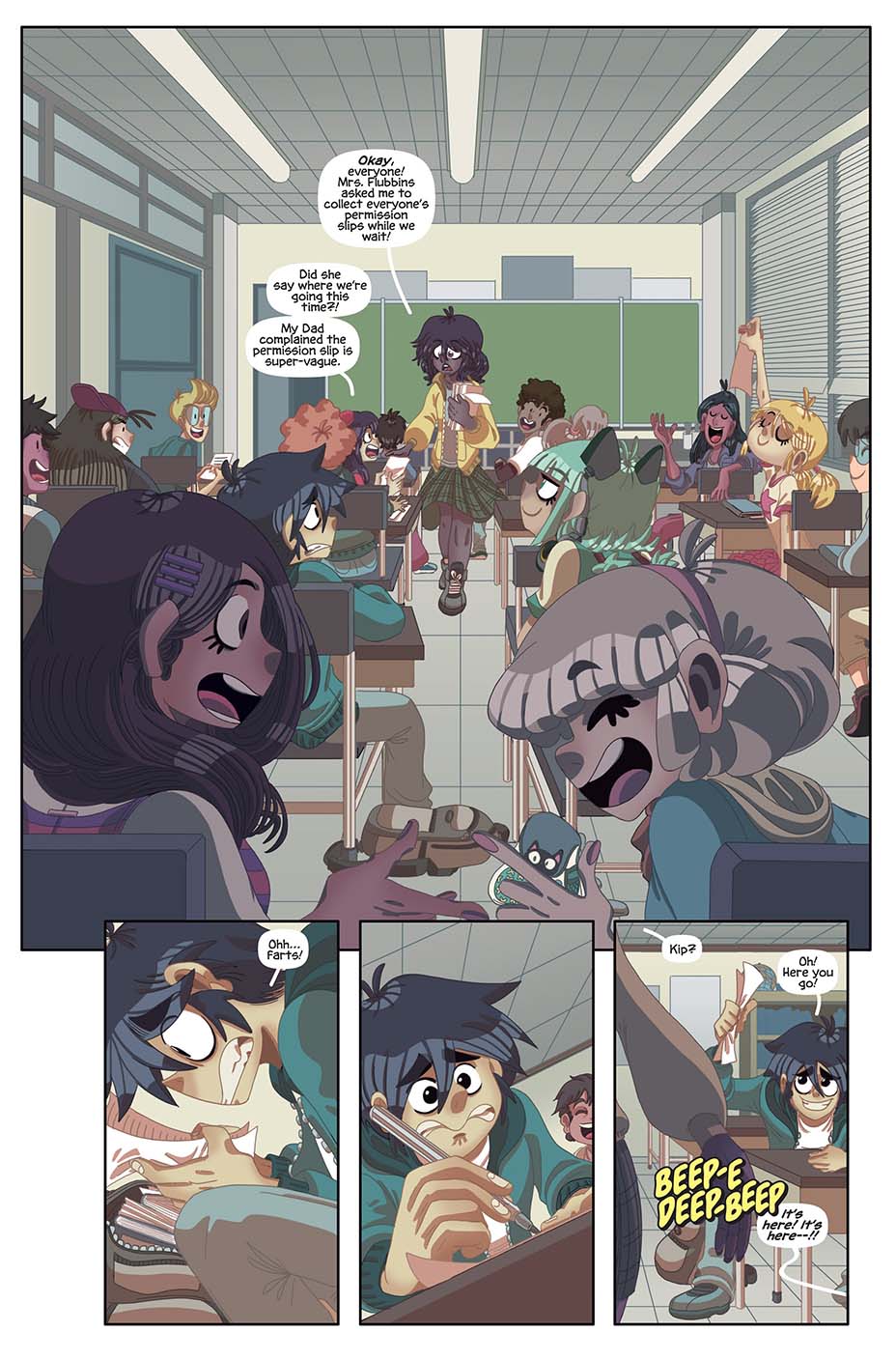 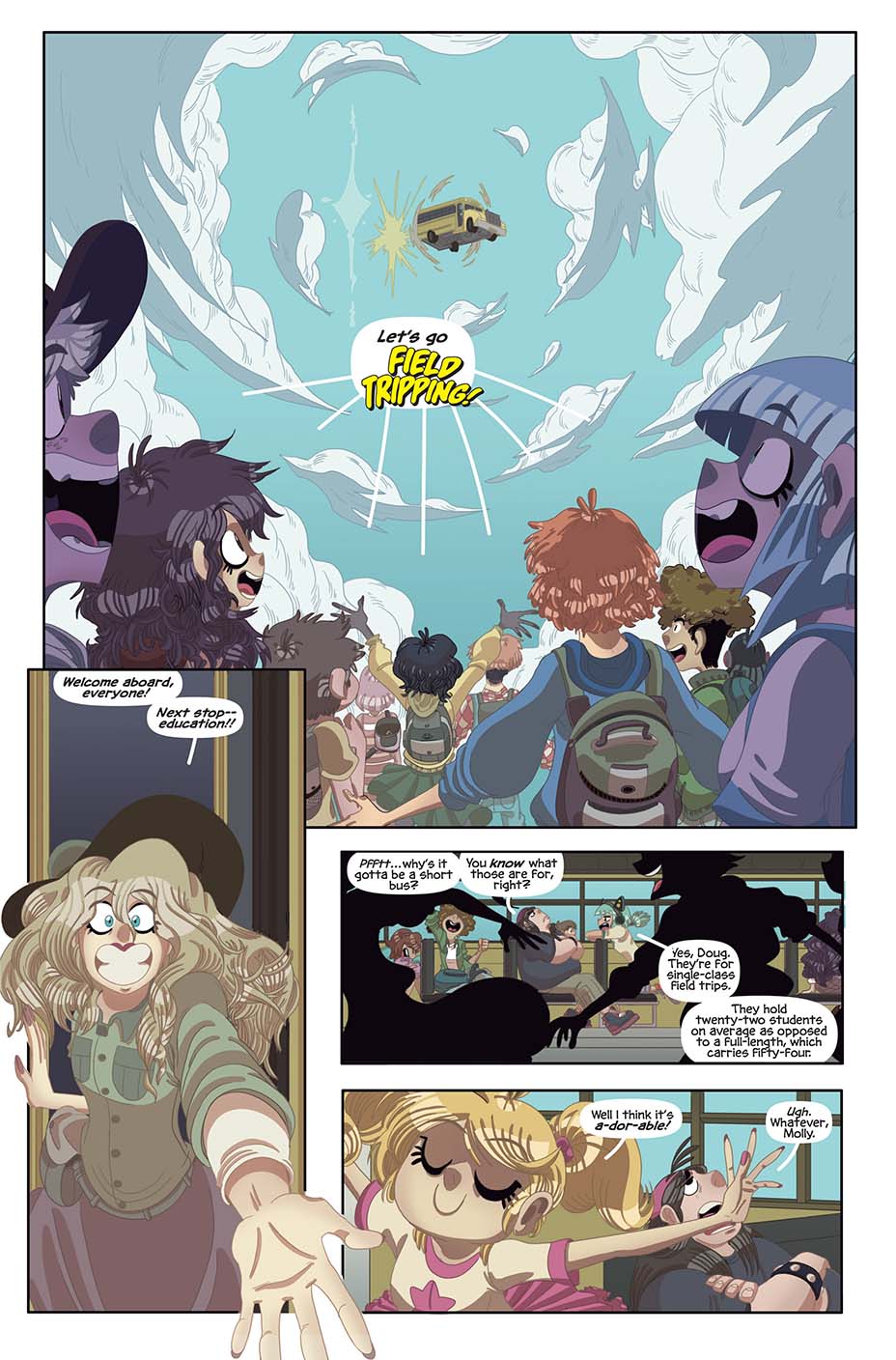 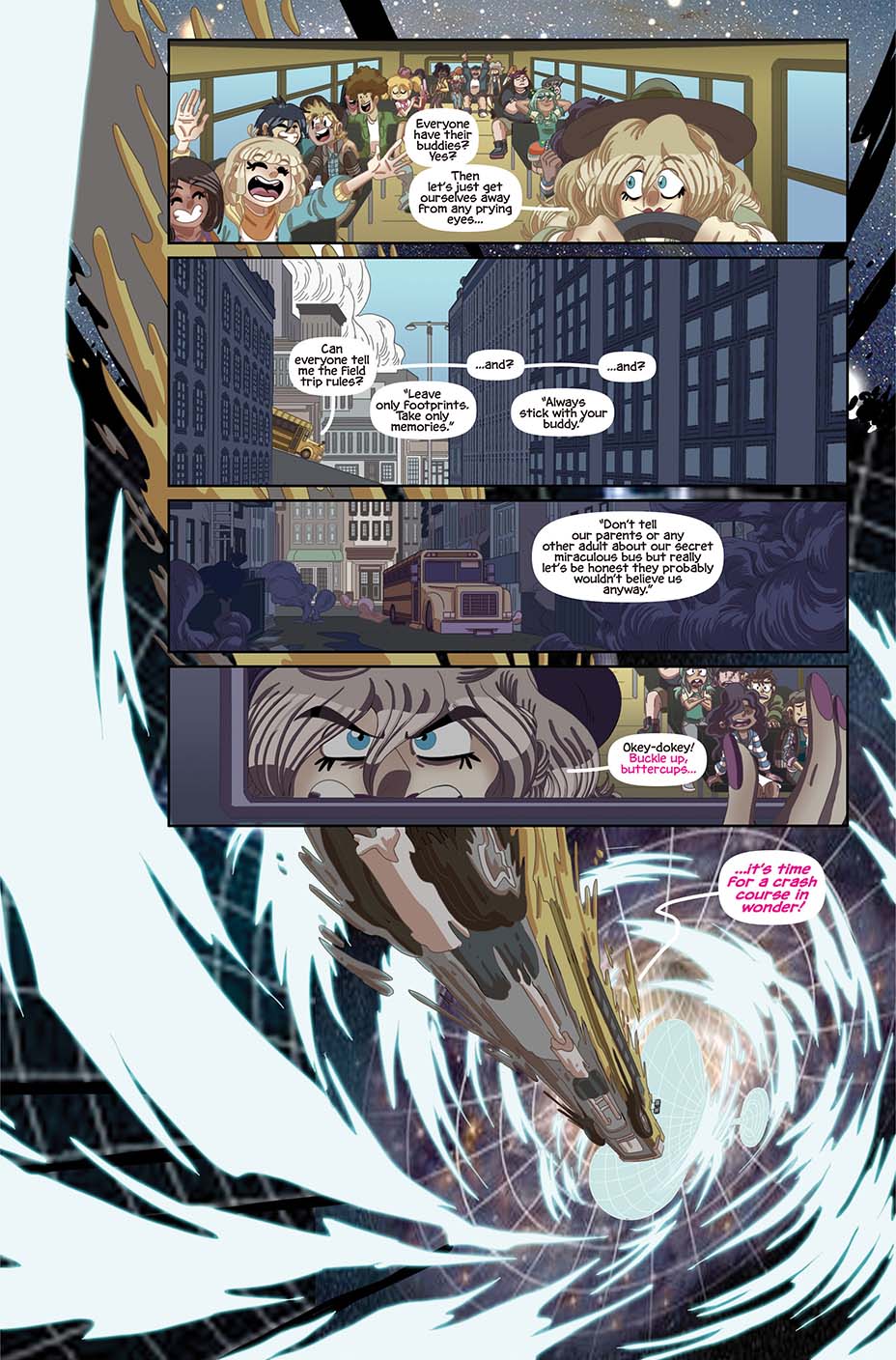 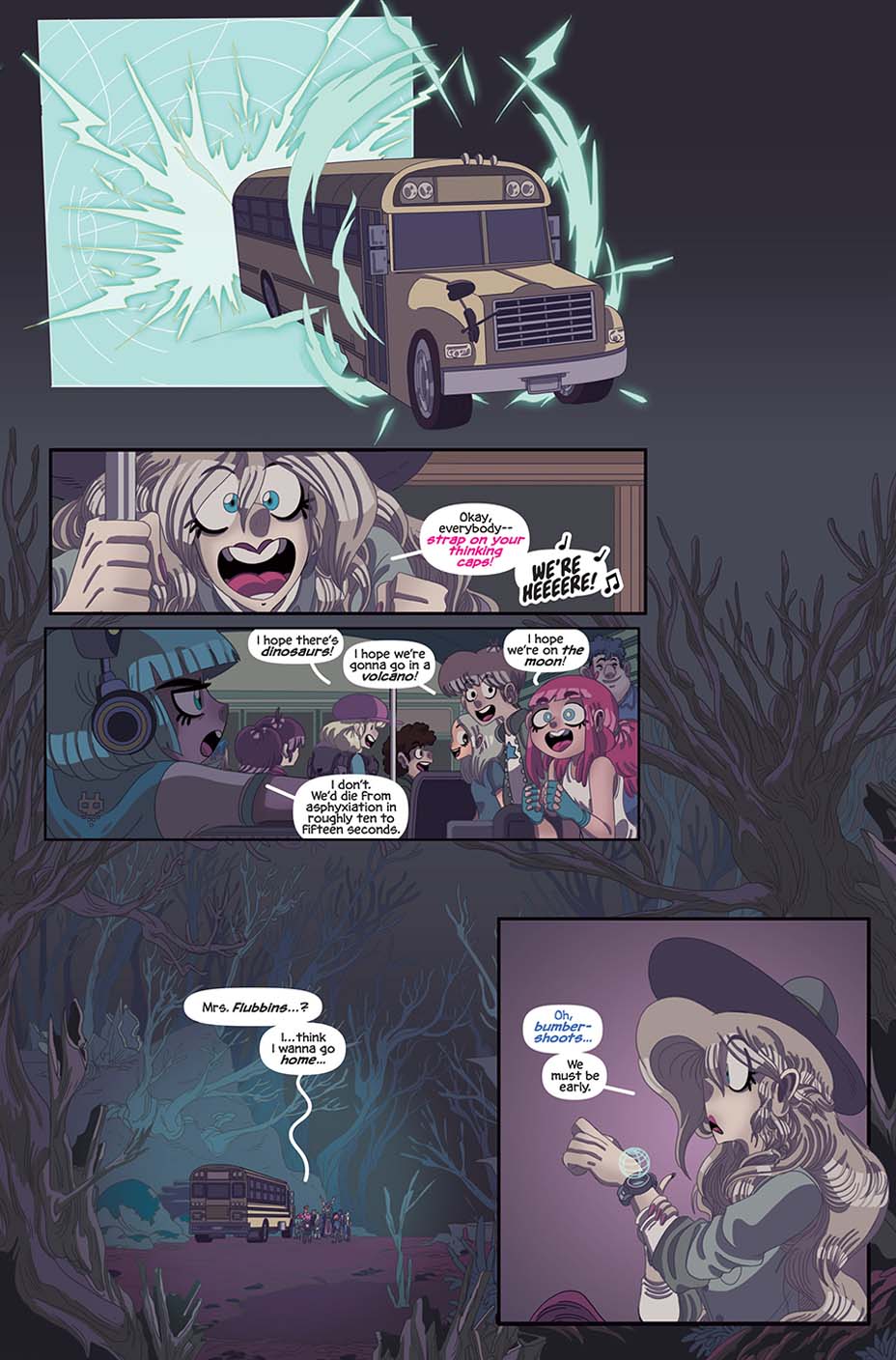