Some days at Paris Fashion Week you have showmanship, such as the Eiffel Tower glittering on cue on Tuesday at Saint Laurent. And some days you have subtlety, like on Wednesday, when Dries Van Noten and John Galliano, both fueled by boundless creativity, homed in on the details, bringing fresh problem-solving ideas to getting dressed.

Case in point? The most brilliant concept for a new handbag I’ve seen in some time. I mean, honestly, I need Maison Margiela’s Glam Slam — a cloud-like, quilted travel pillow-meets-tote — in my life. 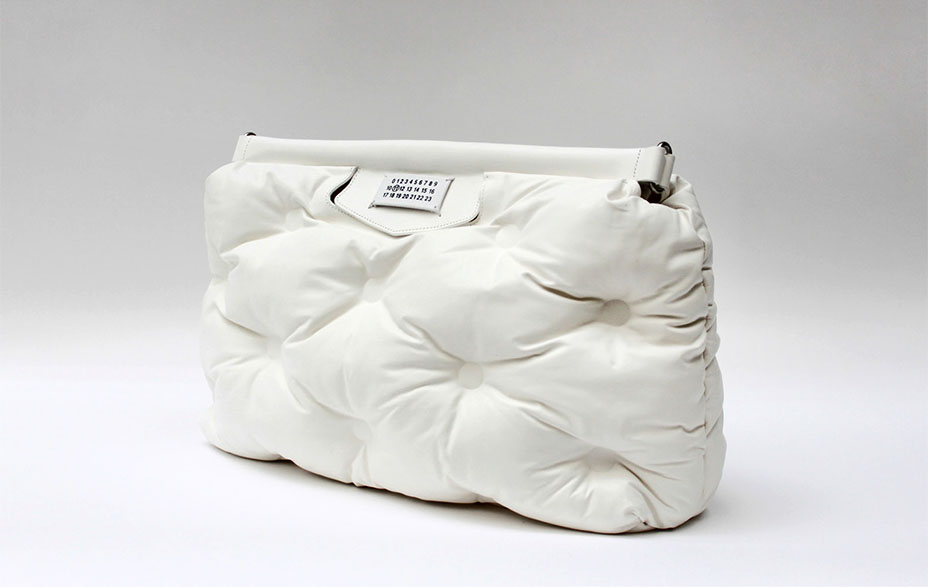 It was just one of several ingenious ideas in the spring 2018 Margiela collection by Galliano, who continued to build on his steady, 3-year track record for thoughtful design at the conceptual house. This season, he was inspired by the concept of “in-transit dressing” (who can’t relate to that?), including the kind of unexpected, last-minute glamour that can be achieved by wrapping a towel around one’s head, wearing a travel pillow around one’s neck at the airport, or jazzing up a simple T-shirt. 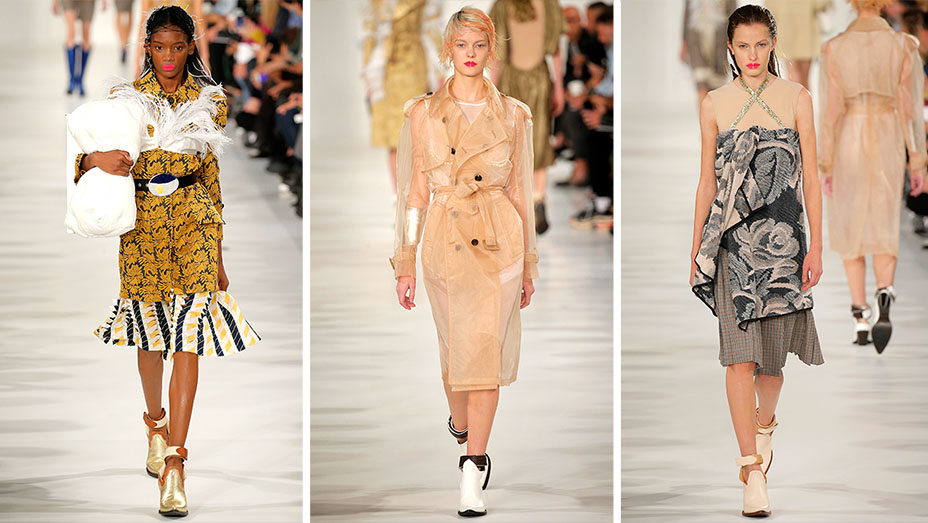 That amounted to riffs on life’s essentials, chief among them the trench coat, which he’s made a signature Margiela design. This season, they were elevated in silk crinoline for an boudoir-like effect. Speaking of the boudoir, Galliano showed bustiers made from cut up men’s suiting jackets, and bras embroidered with crystals and pearls, designed to be thrown casually on top of a sweater or dress. (Instead of keeping those high heel evening shoes under your desk at work, what if you could keep a funky corset or bra top to go from day to night?) The humble T-shirt was also elevated with a soft harness worn on top trimmed with feather plumes, another versatile piece that could work over any number of garments. 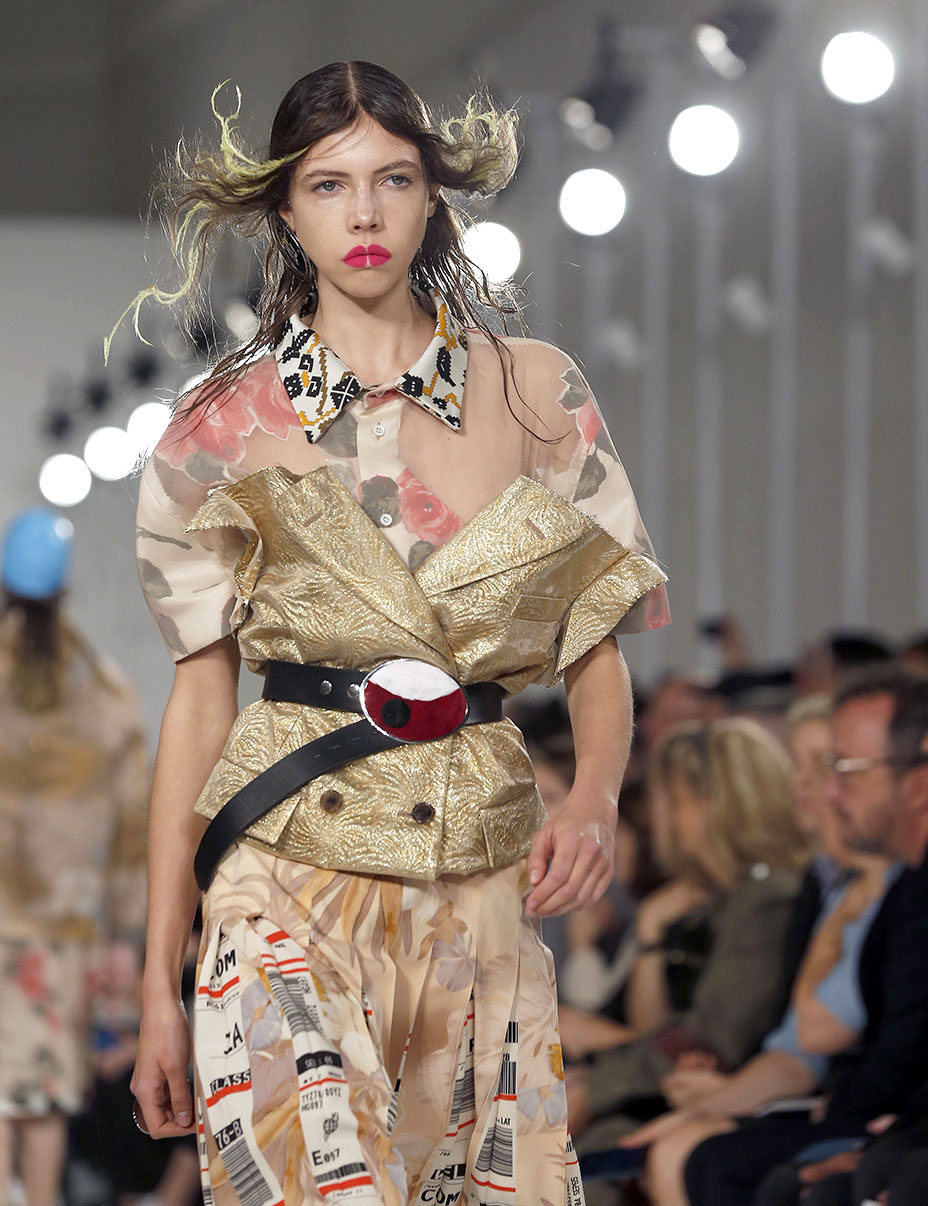 And in the spirit of mixing high and low, Galliano used rose patterned toweling fabric to make a chic wrap dress worn over a gold bikini top, while incorporating garment tags conspiciously (and humorously) onto other pieces. There was a lot to unpack, and to wear, if you’re up for Margiela’s quick-change-artist pieces.

Dries Van Noten was also thinking outside of the box — in this case, about the versatility of scarves. (We should have known from the white silk square that each show invitation was printed on.) Scarfy skirt hems; sheer scarf layers with delicate crystal or ostrich feather embroidery; multipanel, multiprint scarf tops; and dresses with scarf-sleeves, they were all part of the designer’s vision, which also happens to be a very practical and breathable way to dress as we face warmer climes. And how about those string-thin crystal belts, and the micro-fine crystal eyeliner? Small details that pack an oh-so-glamorous punch. 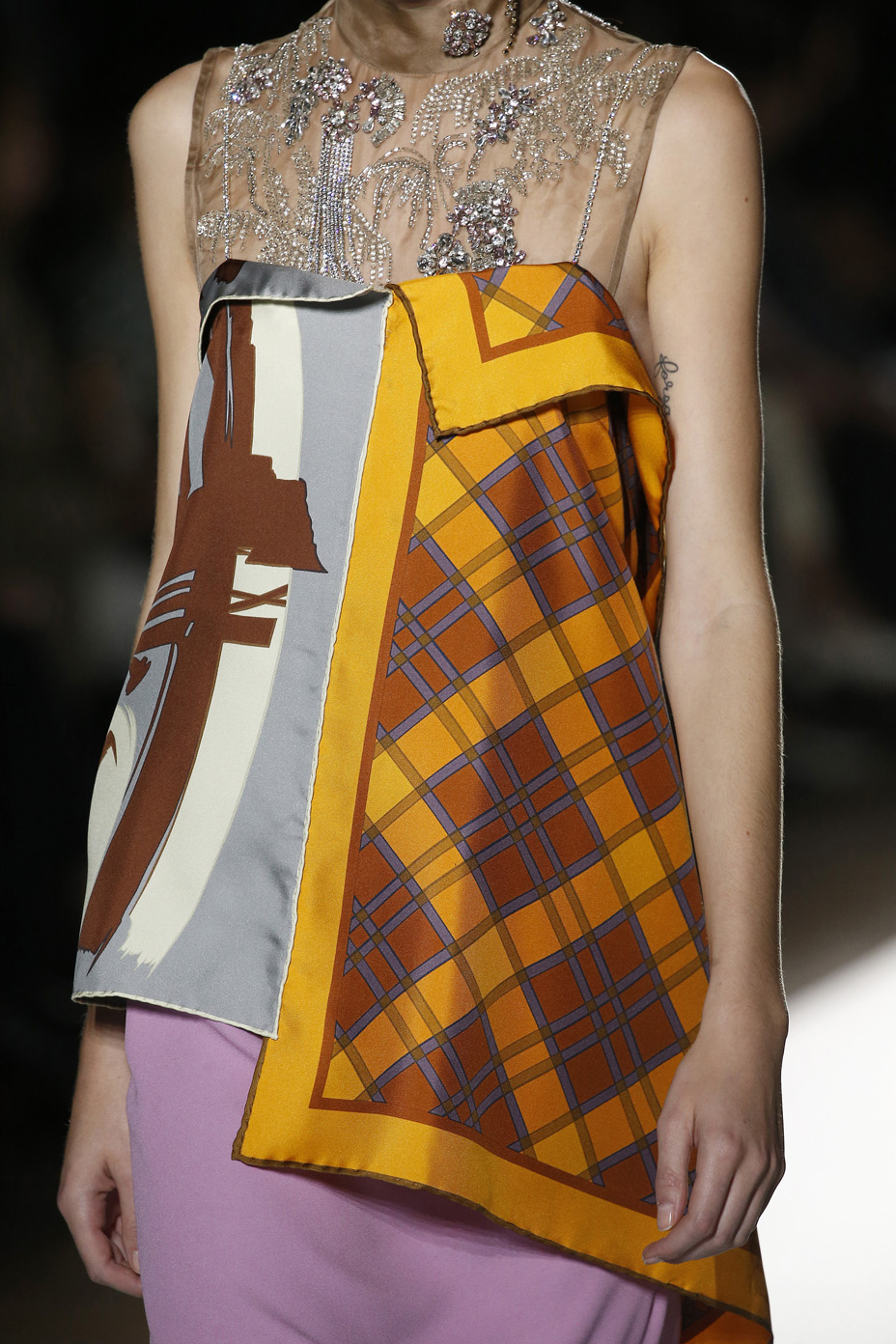 One of Van Noten’s many gifts is in mixing unexpected colors and prints, which he did with aplomb — red florals with yellow florals and orange pants; wallpaper-size blooms on an oversized coat with boots to match; fashion’s pajamas craze adapted into a loose-fitting pants and blazer combo in a loud blossom print that somehow worked. 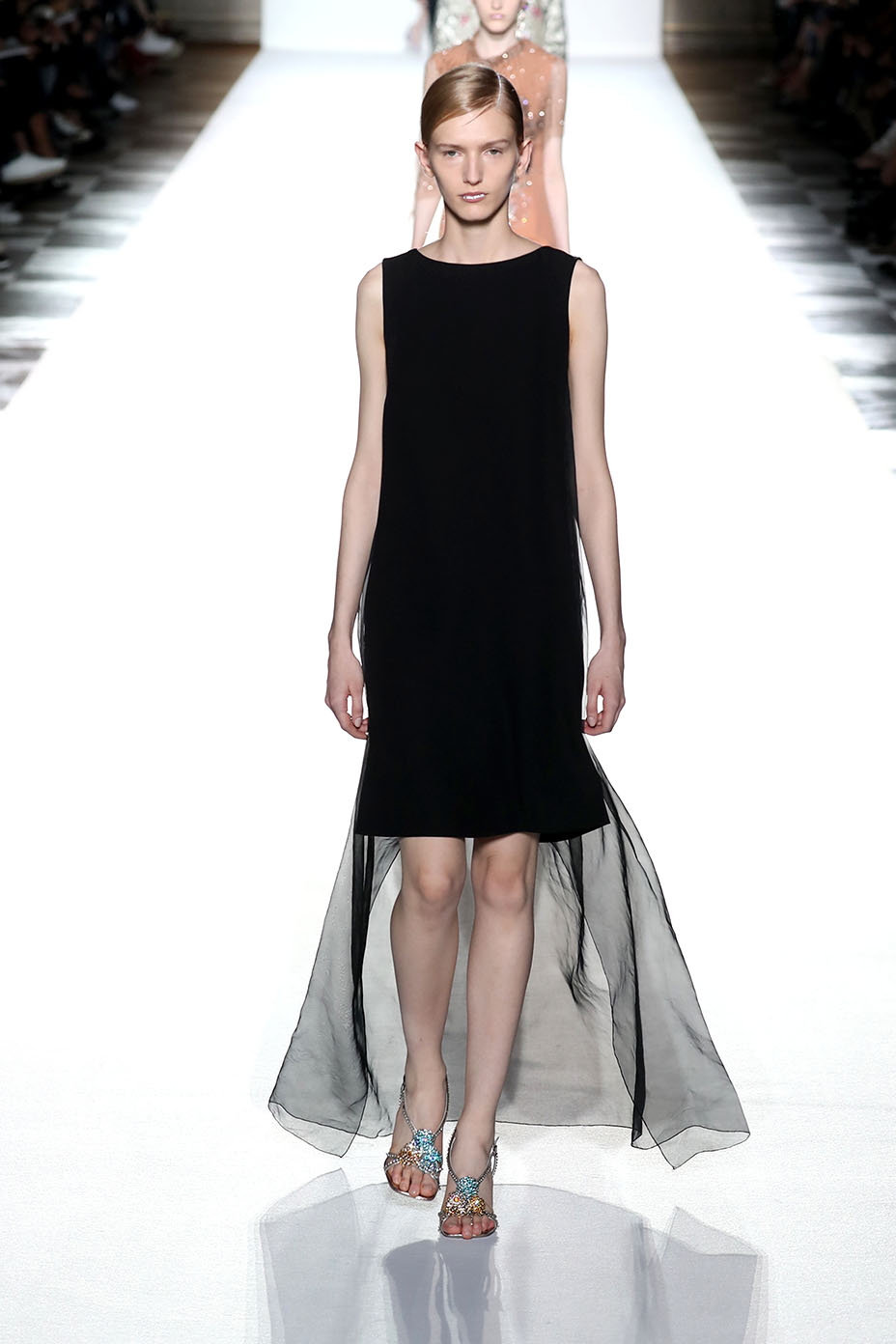 The ideas were so engaging, the show didn’t even need much of a soundtrack. Just the drumbeat lead-in to The Ronettes “Be My Baby” was enough, because when it comes to Dries, he doesn’t even need to ask, we’re already his. 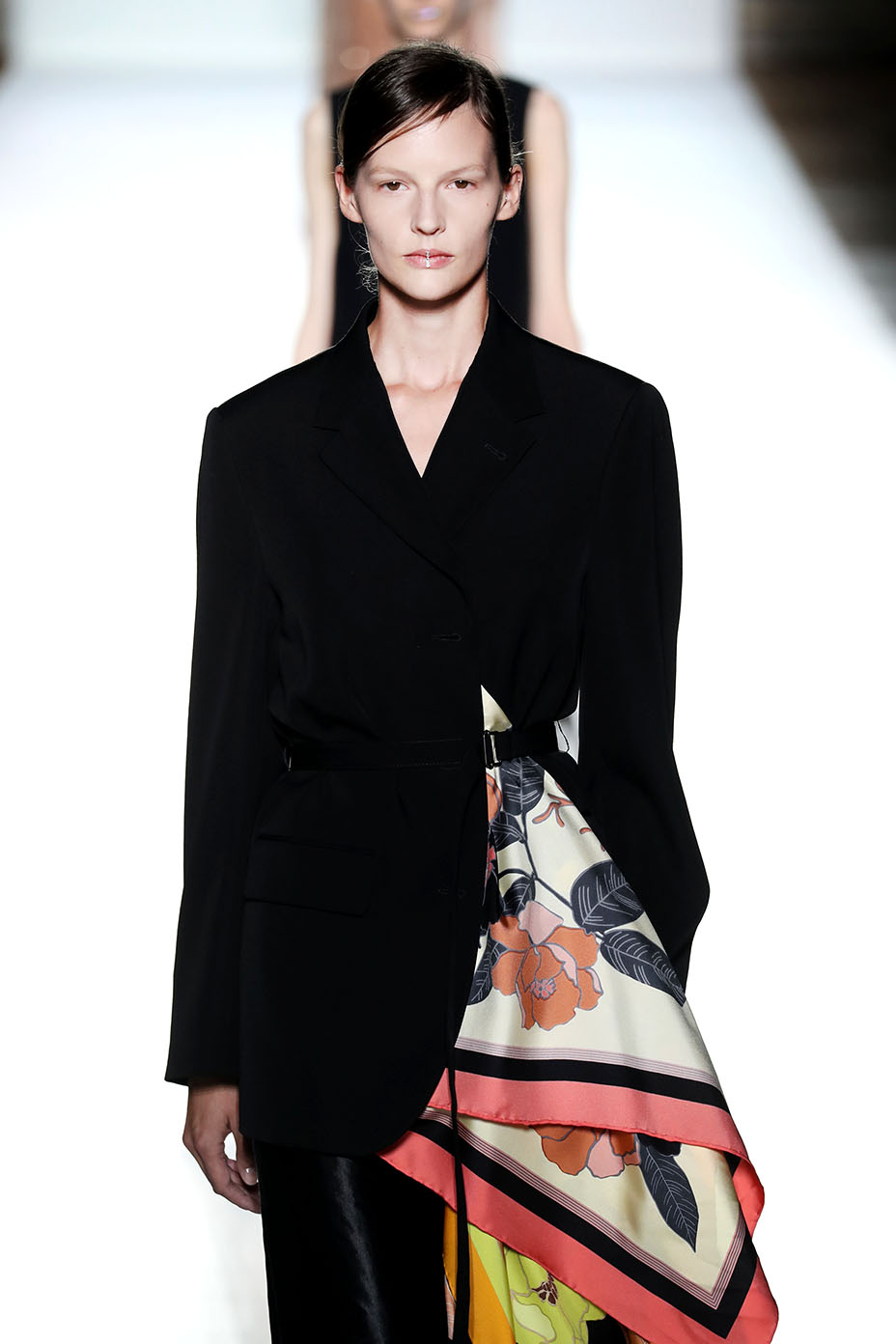