When Pawel Pawlikowski’s last movie, Ida, won the foreign-language Oscar in 2015, the Polish director waged an epic battle with the Academy orchestra, which kept trying to play him off the podium before he finished his thank-you’s. Pawlikowski name-checked his producers, his crew, his late wife, his children, his distributors, his “Polish friends who are totally drunk now,” until he finally got to the true creative inspiration for much of his film work: his parents. “They’re not among the living,” he said, as the band played on, “but they’re totally inside this film.”

Kevin Spacey Cast in Indie Film Ahead of U.K. Trial for Sexual Assault

They are even more inside his latest movie, Cold War, which is receiving a Gala Presentation at The Hong Kong International Film Festival. The film is a love story based on the tempestuous relationship between Pawlikowski’s mother and father — one which was conducted on both sides of the Iron Curtain, through the political turmoil of the 1950s and 1960s. “The most interesting dramatic characters I’ve ever come across,” Pawlikowski, 61, says of the couple, who fell in love, betrayed each other, reunited, married, divorced and were chronically on-again, off-again until their deaths in 1989 — right before the fall of the Berlin Wall. “Both were strong, wonderful people, but as a couple, they were a never-ending disaster.”

Pawlikowski has been trying to tell the story of his parents’ relationship, in one way or another, since he first started making features after an earlier career as a documentarian, although in the past he’s explored it only in the least obvious, most metaphoric sense. Ida, after all, was about a young Polish nun who discovers she’s actually Jewish. His 2004 feature, My Summer of Love, was about lesbian teenagers in an English boarding school (one of them played by a young Emily Blunt). But, until he had a conversation with his friend Alfonso Cuaron, Pawlikowski was unsure about taking on his parents’ 40-year love story in any literal way. “It was too long and messy,” Pawlikowski says of his trepidations. “I didn’t know if I could tell it the way I wanted to.” Cuaron, though (who has his own autobiographical feature out this year, Roma), pushed him to try. 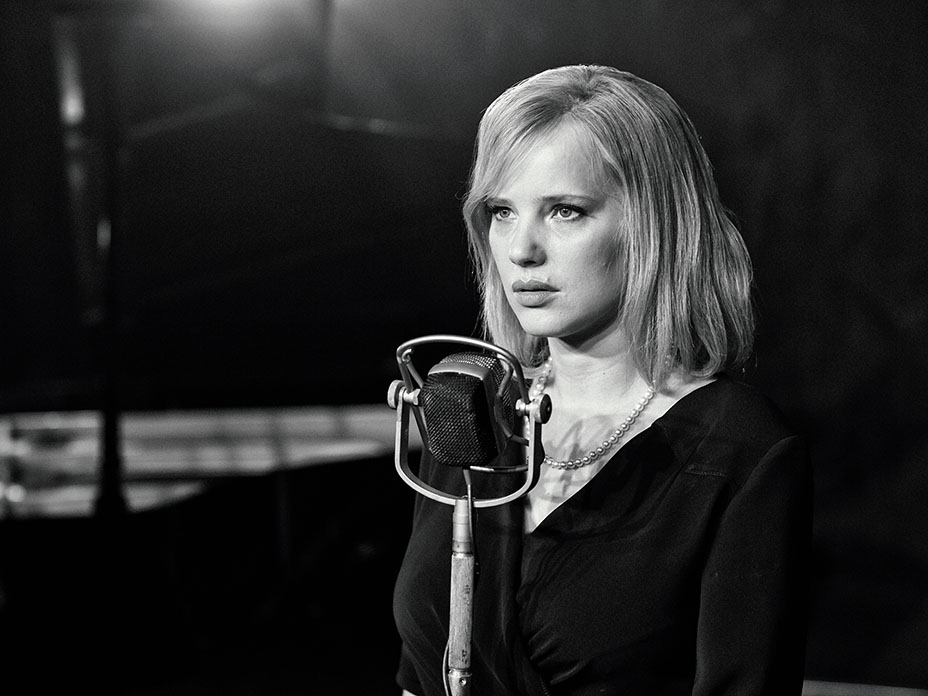 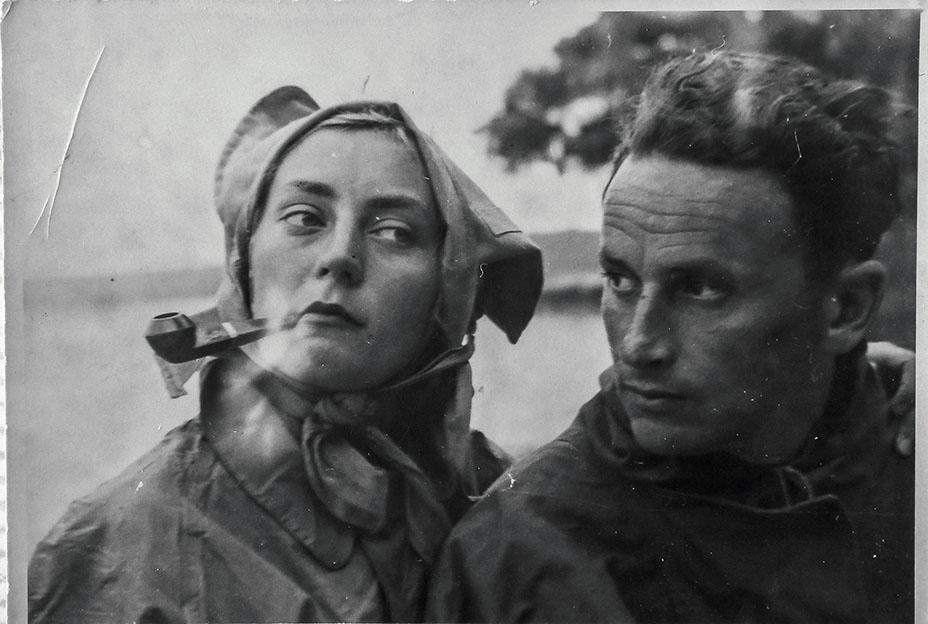 When he sat down to write the screenplay — to turn “this shapeless thing, real life” into a script — Pawlikowski found he had to tweak some facts for dramatic effect. He kept his parents’ real names — Wiktor and Zula — but changed other details. His father, a doctor, became a pianist. His mother, who was 17 when they met, became older, in her mid-20s, and the time span of their love affair was shortened from 40 years to 15. “So we didn’t have to use different actors at the beginning and at the end,” he explains.

He also abandoned traditional narrative structure and instead had his characters shuttle back and forth — from Warsaw to Paris, from East Berlin to Yugoslavia — over many intersecting years. “He didn’t want to tell the story directly, but elliptically, how emotions work in memory, where you see things in moments,” says producer Tanya Seghatchian, who has worked with the director for more than 20 years. “We joked it shouldn’t be Scenes From a Marriage but Glimpses of a Marriage.”

Finding an actress to play his mother was a no-brainer: Pawlikowski picked Joanna Kulig, 36, one of Poland’s biggest film and TV stars (she got her start winning the Polish talent contest Chance for Success at age 15). “She has this liveliness, the spontaneity,” says the director. To help her conjure his mom’s darker notes — a world-weary, beaten-down cynicism — Pawlikowski gave her homework. “He made me watch Lauren Bacall, lots of Lauren Bacall,” says Kulig. “On set, if I started getting too lively, too excited, Pawel would just say, ‘Lauren Bacall!’ And it was immediate: I’d go cool, my voice a bit lower, my words a bit sharper.” For his dad, Pawlikowski landed on Tomasz Kot, another local film star (who, reportedly, was Danny Boyle’s choice for the next Bond villain before “creative conflicts” that led to Boyle’s exit from that project). Kot didn’t have to watch Lauren Bacall movies, but he did get four months of intensive piano lessons.

At one point, Pawlikowski considered casting Polish jazz pianist Marcin Masecki as his father but instead hired him to score the movie, arguably a bigger responsibility considering how important music is to the film. “Music is their profession, it’s what brings them together and keeps them together,” Pawlikowski says. “And music became a great device to glue this life — and this movie — together.” Masecki’s score does a lot of the heavy lifting in negotiating the film’s shifts in time and place while also mirroring the ebb and flow of the Wiktor and Zula love story. The first seduction scene happens through music, with Wiktor playing Zula a few bars from Gershwin’s “I Loves You, Porgy.” As the couple move from backwoods Poland to the nightlife in Paris, “Two Hearts,” a local folk tune that opens the film, mutates from a rural ditty to a jazzy ballad. And after a fight, Zula breaks free of an indifferent Wiktor to dance, drunk and crazy, to the sounds of Bill Haley’s “Rock Around the Clock.” 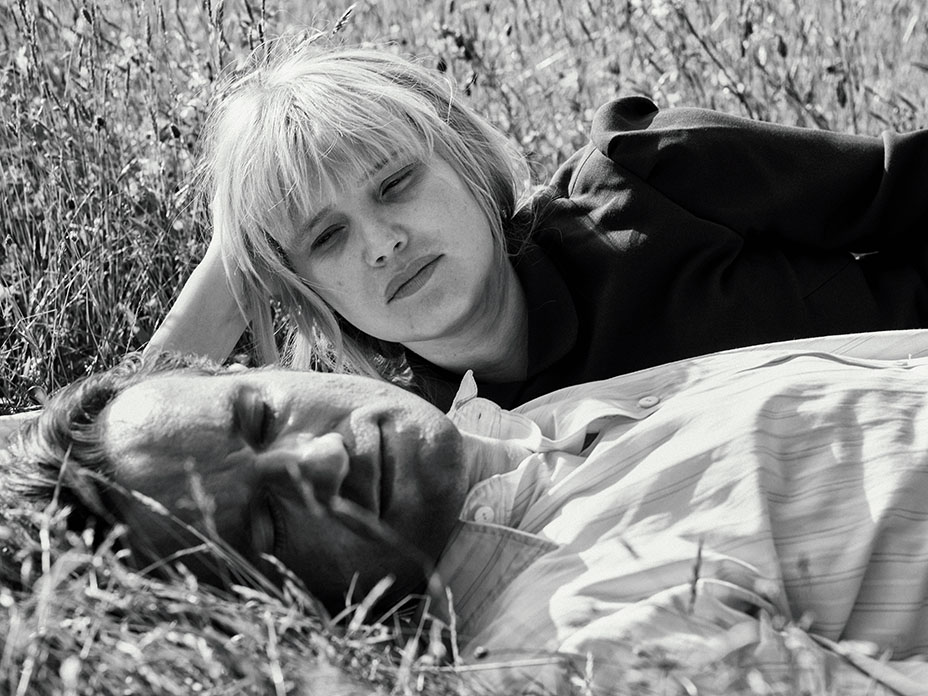 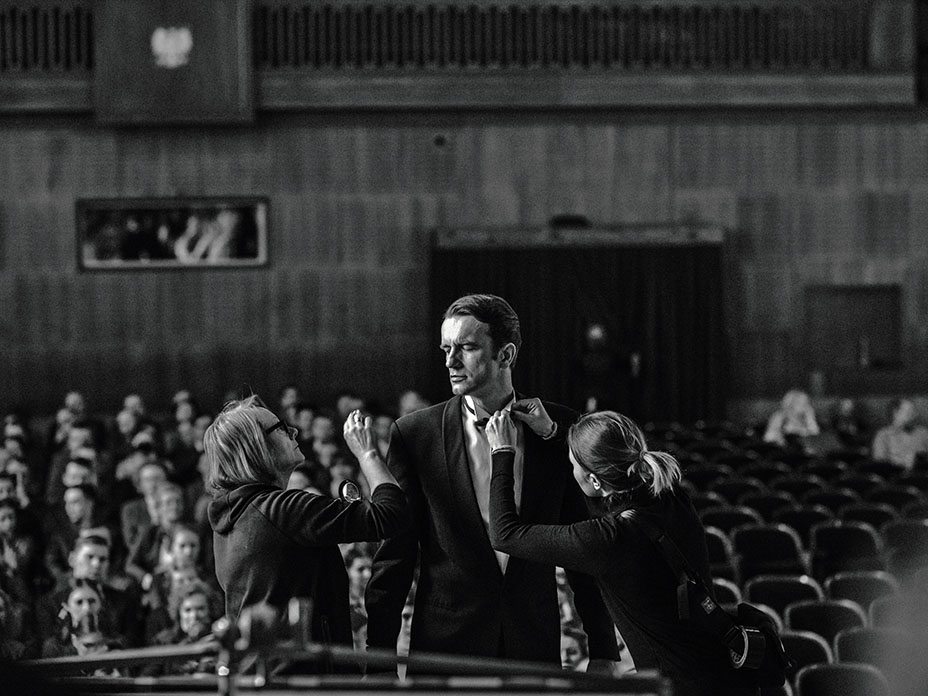 Pawlikowski’s script also mimics improvisational jazz, as does the film’s editing. Every time the action transitions to a different time period, Pawlikowski kills the sound, holds a beat then cuts to black.

“We experimented with the length — how does it make the audience feel when the black break is short or long, if we dissolve to black or make nervous, sharp cuts,” says Jaroslaw Kaminski, the film’s editor. “We probably spent as much time on those black breaks as we did on the picture.”

Pawlikowski edited Cold War even as he was shooting it, constantly refining his pages. “I had maybe 159 versions of the script in the end. I never have a final version; it’s always fluid,” he says. “During shooting, if something isn’t working, I’ll drop it or I’ll add a new scene, write it up, and we shoot it the next day.”

Cold War cinematographer Lukasz Zal, who filmed in black-and-white to mimic the “shades of gray” of Soviet-era Poland, did his best to plan, going over every shot and camera angle, but on the day of shooting, anything could happen. “Pawlikowski calls it ‘sculpting’ the film,” says Zal. “If something isn’t working, he’ll toss his ideas out, write a new scene or do something different. Pawel is always chasing the one perfect take, trying to capture that one magical moment when all the elements will synchronize.”

On the Cold War set, chasing that magical moment meant Pawlikowski often did dozens of takes for each scene, at one point spending 12 hours on a single line of dialogue. “He’s a perfectionist, he sees everything!” says Kulig. “If there’s a cigarette in an ashtray out of place, he shoots again. He told me my blouse was the wrong color and made me change. In a black-and-white film!” 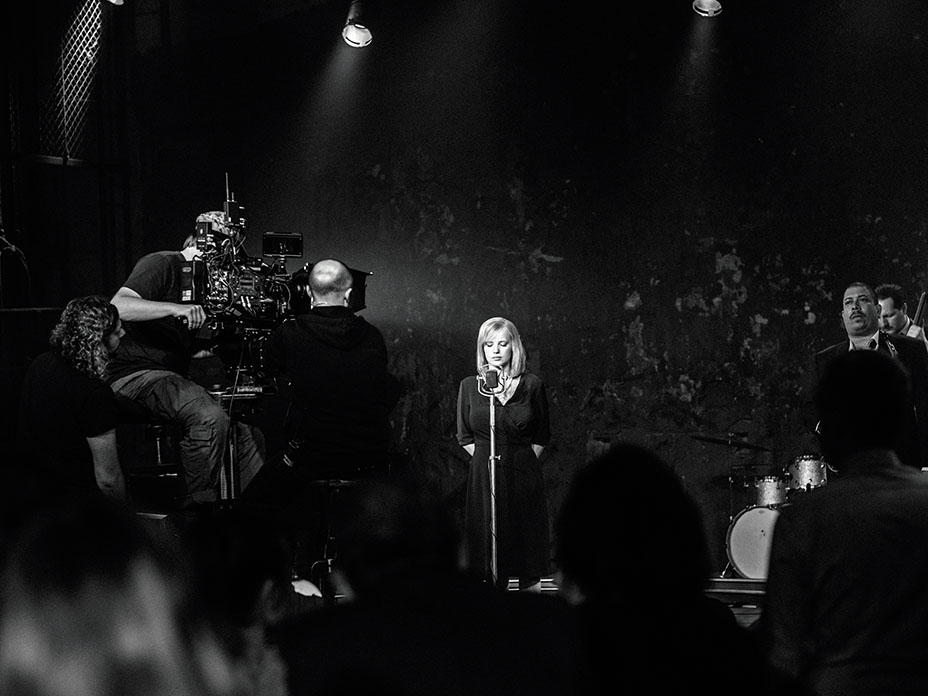 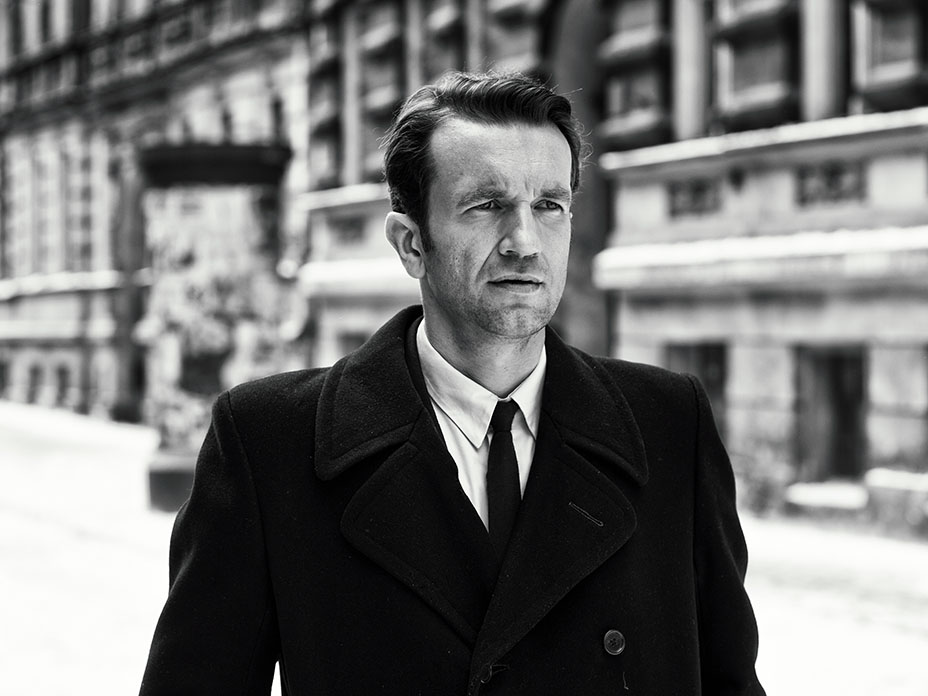 Because Pawlikowski did so much editing on the fly, as he was shooting, the actual editing process in postproduction was extremely quick. “We finished shooting Aug. 5, 2017, and had our rough cut done the next day,” says Kaminski. “By Aug. 8, we had the version we presented to Amazon [which is releasing the film theatrically in the U.S. on Dec. 21, with a SVOD date still to be determined].”

The finished picture premiered in Cannes, winning Pawlikowski the festival’s best director honor, and is now Poland’s entry for a foreign-language Oscar at the 2019 awards. If Pawlikowski makes it to the podium again —and the band doesn’t play him off — it’ll be no great surprise who he’ll thank.

“When I was young I was irritated by all the to-ing and fro-ing of my parents,” he says. “But after they died I realized it was the mother of all love stories.” 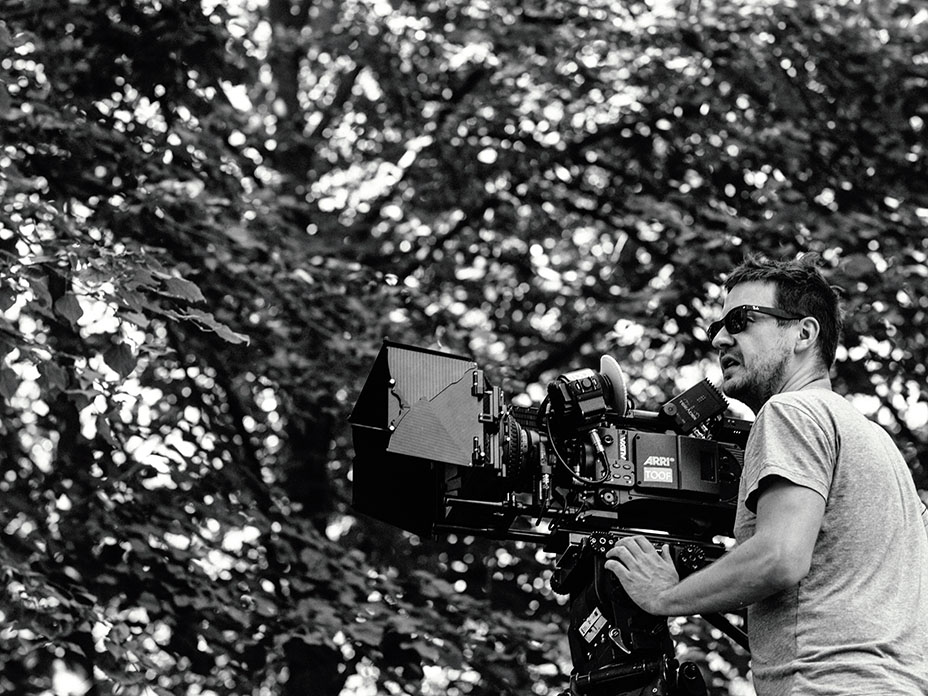