Director Rian Johnson loves a good puzzle. Not even a five-month global shoot for Star Wars: The Last Jedi could keep him away from The New York Times crossword, which he printed out and kept near his monitor so he could scribble answers between takes. “It’s just a nice little ritual that helps keep you centered,” says Johnson, 45.

So when he got to work on his latest film, the modern-day whodunit Knives Out, it was only natural that he tackled it much like he would a brainteaser. The first piece of any good mystery is a death: Mystery novelist Harlan Thrombey (Christopher Plummer) assembles his family for his 85th birthday and winds up dead before the next morning. Next, the suspects: His family members, a sweeping ensemble cast that includes Jamie Lee Curtis, Don Johnson, Chris Evans, Michael Shannon and Toni Collette, each have a motive. To top it off: an eccentric private detective, Daniel Craig’s Benoit Blanc (sporting a thick Southern accent), and an outsider, Ana de Armas’ wide-eyed Marta, who gets swept up in the inquiry. “It is something of a jigsaw puzzle,” acknowledges Johnson, who tells much of the story through a series of flashbacks as each character recounts their version of the events that led to Harlan’s death.

But Johnson didn’t want to make a conventional murder mystery, so the director added his own little twist, turning Knives Out into a commentary on wealth and privilege in Trump’s America all while winking at the audience about the tropes of a typical whodunit. “The goal was to take the weight off of the notion of there being a big surprise at the end, to give the audience the freedom to just relax and have a ride,” he says. “I want it to be a roller coaster.” 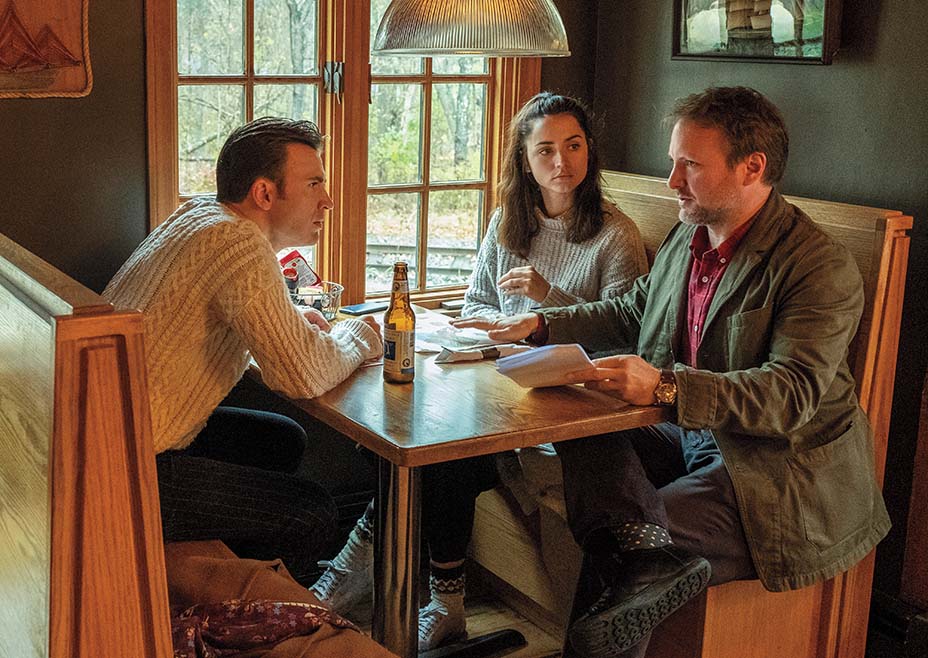 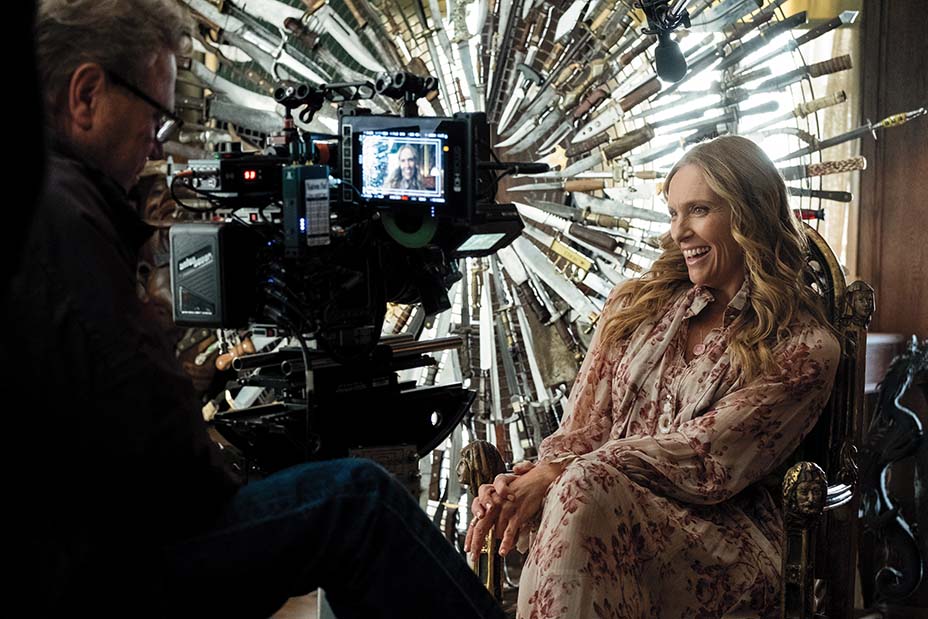 Johnson had been wanting to write a murder mystery for most of his career. “I had been an Agatha Christie fan since I was a kid,” he says. “It’s like comfort food for me.” He first came up with the basic concept for Knives Out a decade ago after breaking out with 2005’s Brick, but it wasn’t until he found himself with a window of time in early 2018 — after the release of Last Jedi and before starting production on the Star Wars trilogy he was hired to helm — that he finally put pen to paper. It helped that longtime producing partner Ram Bergman mapped out a tight schedule for how they could complete the film within the year. “I said, ‘I would like to shoot it in October and I can’t imagine it taking more than eight weeks. I want to be wrapping before Christmas,’ ” recalls Bergman. It was the push Johnson needed: “I’m a very slow writer, so that [timeline] seemed ridiculous to me, but I sat down and did it.”

While Johnson was polishing the script (he removed the swearing he originally included so that the film would get a PG-13 rating), Bergman began to prep, reassembling much of the team they worked with on Last Jedi. One early task was to find a home in New England where most of the film could be set. They settled on a grand old mansion in Massachusetts that the family had kept lovingly preserved. On Johnson’s instruction, production designer David Crank turned the home into a visual representation of the patriarch Harlan, filling it with the mementos that one likely would find in the home of a quirky aging novelist. One of Crank’s favorite details was an old dollhouse that set decorator David Schlesinger found. “‘I looked at it and said, ‘What’s the worst thing you could do with a child’s toy? Why don’t we turn it into a bar?’ ” recalls Crank.

By August, Johnson had a completed script. But the countdown was on to hit their projected October start date, and they still needed a cast and financing. 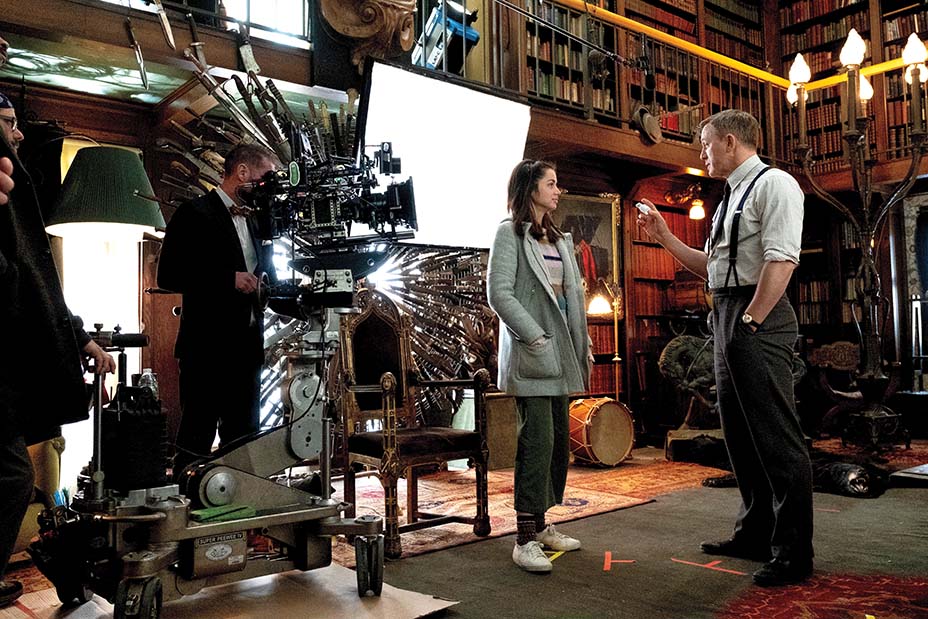 Their first break came at the end of the month, when news leaked that filming on the new Bond was being delayed after the departure of director Danny Boyle. Craig had been on Johnson’s wish list for the role of the detective, but they had assumed he wasn’t an option because of his Bond schedule. All of a sudden, Craig had an opening. “Literally a few days later, Rian was sitting with Daniel and Daniel was in,” says Bergman. Johnson adds, “I think he was really excited to jump in and have fun with this totally different type of character.” Together they workshopped Benoit Blanc’s over-the-top Southern accent.

Once they had Craig, they quietly sent the script to financiers in hopes of building buzz heading into the Toronto Film Festival market. The combination of an original story from Johnson, fresh off Last Jedi‘s $1.3 billion box office, and Craig in a rare non-Bond role generated interest. Before they could even take off for Toronto, MRC had offered to back the $40 million film; Lionsgate later came on board to distribute. (Valence Media, parent company of MRC, also owns THR.)

They began to build the cast around Craig. “If you’re shooting sometime next year, everybody in the back of their head is thinking about keeping their options open in case a big Marvel movie or something comes up,” Johnson says. “But in this case, saying, ‘Can you show up in four weeks in Massachusetts and just have fun with us doing this murder mystery?’ I think that helped make it more appealing.” That was the case for Chris Evans, who was planning to return home to Massachusetts for a much-needed post-Avengers break. “I had apprehension about working during that time,” acknowledges Evans, “but then they said, ‘It films in Boston.’ And I said, ‘I can’t say no to this.’ “ 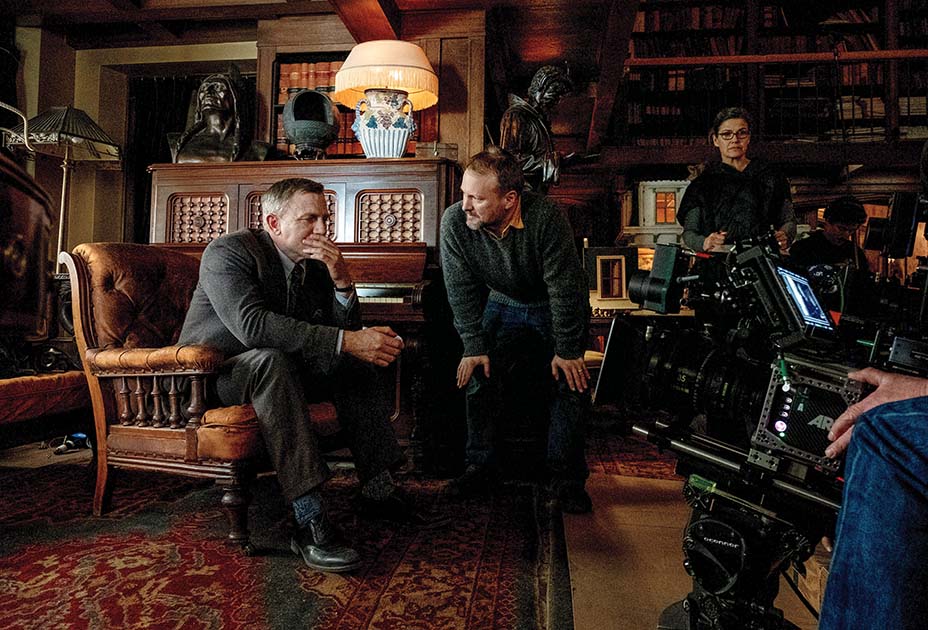 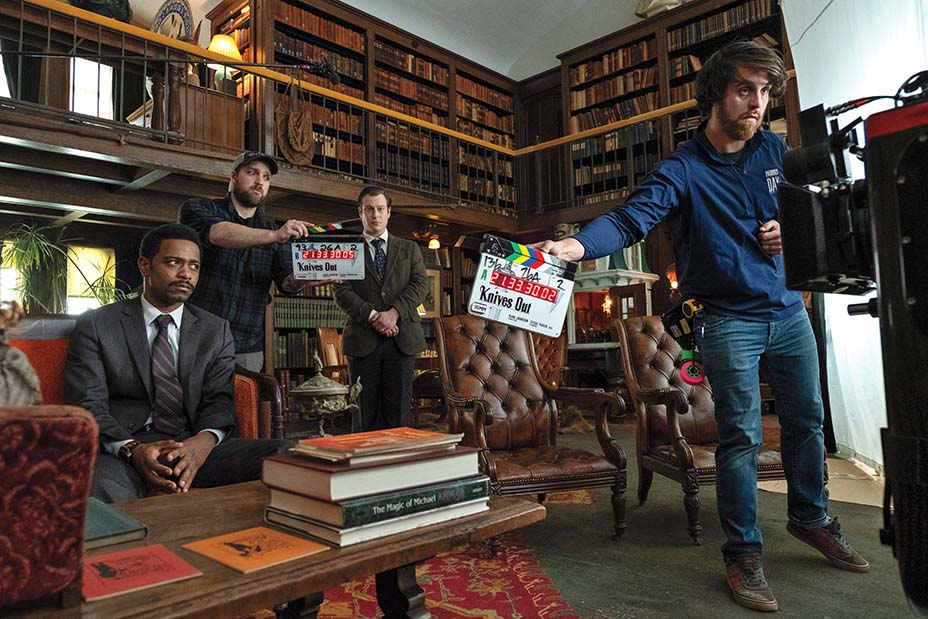 Evans, 38, who’s been playing the good guy since he signed on for Captain America, was excited to sink his teeth into the complicated character of Ransom, who was born into a wealthy family and never had to work for his money. “This guy is really self-involved,” he says. “He does feel that he’s the victim in most circumstances, and [it’s dangerous to] start weaponizing your victimization.” Curtis, meanwhile, found herself relating to the role of Linda, Ransom’s mother and Harlan’s eldest daughter. “I’ve been an actress for a long time, and I am also the daughter of someone famous, and people have a funny way of taking away anything you do creatively and reduce it to your privilege,” says Curtis, 60. “Linda is very defensive about the assumption that she was given anything, and I’ve had the same defense.” Curtis internalized her role as family matriarch, befriending the woman who owns the house and eventually even cooking meals in the kitchen. “I treated the house as if it was mine,” she says.

The biggest challenge was finding the right actor for the role of caretaker Marta, who serves as the audience’s window into the events surrounding Harlan’s death. Casting director Mary Vernieu suggested de Armas, who had recently appeared in Blade Runner 2049, and she won Johnson over during their first meeting. “Some actors have that magical quality where you feel like their eyes are just windows right into their souls, and that’s what Ana’s got,” he says. But Cuba-born de Armas, who had promised herself that she wouldn’t take on Latin-specific roles, at first wasn’t interested in the part. After reading the script and talking with Johnson, though, she realized the resilience that Marta would need to exhibit. “We found all these little moments of strength that she has,” explains de Armas, 31. (After Knives Out wrapped, de Armas was cast in the new Bond, No Time to Die, which reunited her with Craig.)

Plus, there was the potential to have some fun with one of Marta’s more distinctive character traits: She has a propensity for vomiting. “I’m a master at gulping and making sounds now,” de Armas laughs. Luckily, there was only one scene where she had to make use of the fake vomit. It was a benign concoction of baby food that de Armas recalls becoming the subject of fascination among her co-stars: “Everybody went out on the grass and tried puke in their mouth to see what texture was best and how far it would go.”

On set, Johnson often found his cast trying to poke holes in his airtight plot. “We were all trying to be little detectives to see if we could find mistakes in the logic of the film,” says de Armas, “and there was not a single one.”

One year after they skipped Toronto to begin working on Knives Out, Johnson and Bergman premiered the 130-minute film there Sept. 7 to near-unanimous praise. (The movie has a 98 percent score on Rotten Tomatoes.) Now, with its Nov. 27 release date on the horizon, the only thing for Johnson to worry about is keeping the puzzle unsolved for those who haven’t yet seen the film: “Like Hitchcock said, ‘Please don’t spoil our ending. It’s the only one we’ve got.’ “ 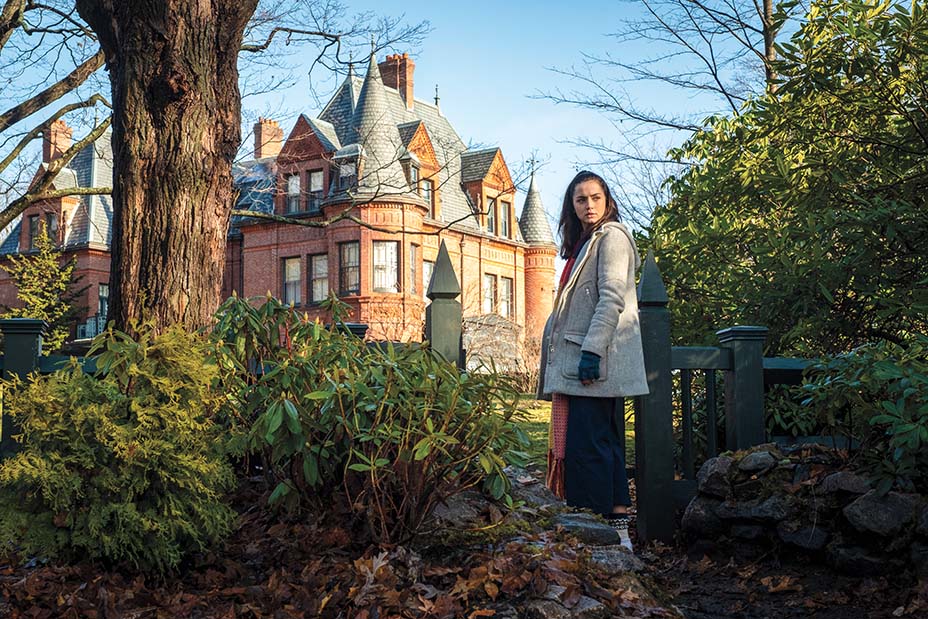