From a seven-year stint designing fantastical Westerosian wear for Games of Thrones to two seasons of costumes fit for a Queen in The Crown, costume designer Michele Clapton is adding another genre to her repertoire. Costuming the star-filled, seventies-inspired Abba-musical sequel Mamma Mia! Here We Go Again, which opens July 20, proved to be both rewarding, challenging and a chance to do something different.

Going back and forth in time, the movie tells the story of how a young Donna (Downton Abbey’s Lily James) formed the Dynamos, met her three suitors and opened a hotel in the idyllic Greek isle of Kalokairi. Recently The Hollywood Reporter talked with the four-time Emmy Award-winning designer on designing the characters’ “before and after” looks, coaxing Colin Firth into Lycra and what it was like to work with an icon who is no stranger to the ’70s. 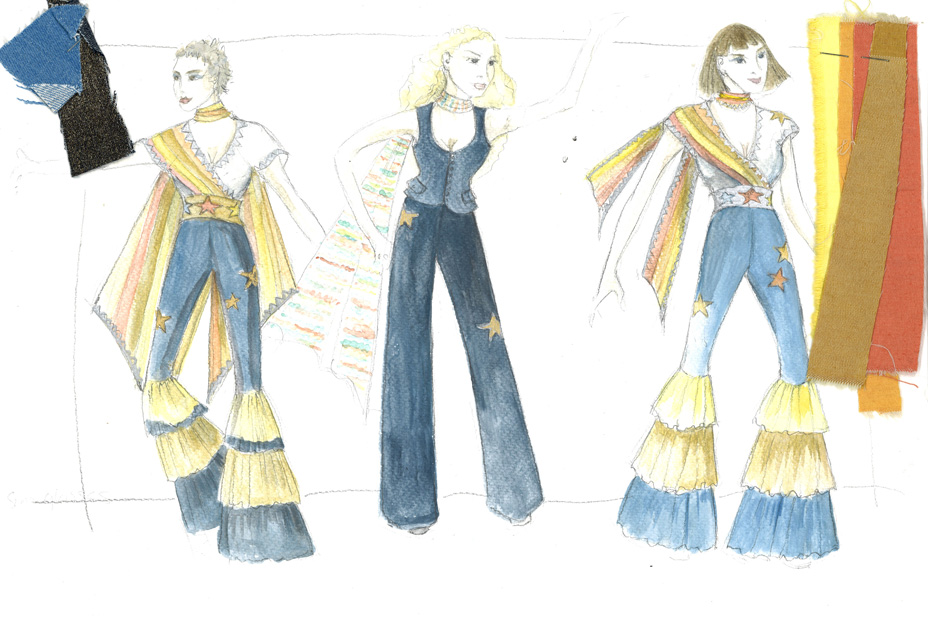 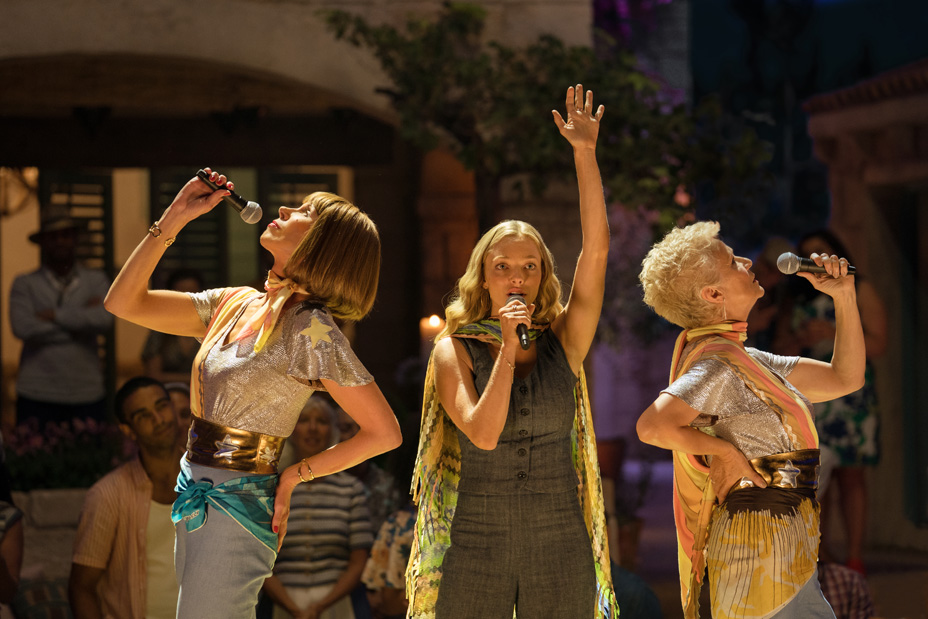 While ensuring continuity is a factor in designing the costumes for a sequel, what were some of the other challenges and what was your creative process?

Naturally, I looked at the original as it was important as we were taking the characters forward and (needed) to understand what the characters were about and changing them to their earlier selves. It was also a process of looking at the first film and matching the younger character with the older character. Hopefully, shapes, hats and things would relate backward and forward.

And since this was a musical, the challenges in designing the “performance” outfits were the hardest and really “full on!” Suddenly you have all these hugely respectable actors and actresses and you have to get them into these Lycra costumes and inevitably they have great fun as it’s a release for them. But it was daunting to dress an actor like Colin Firth in Lycra! He was in great spirits about it, but it was still a challenge — fortunately, the cast was strangely agreeable after having done it once before. To me it was also quite daunting following Ann Roth [the film’s original costume designer] and very nice to step into her very big shoes.

Obviously the seventies provided a wealth of inspiration. Who and what sort of things influenced your styles from this design-rich time in history?

I was inspired by the ’70s looks of Jane Birkin for the young Donna as I thought it was such a cool look. The costumes were meant to be fun pieces and tried to take real references when serious but when I designed the performance pieces, I wanted them to be handmade copies of what they thought the performance would be. For example, in the first scene for the song “I Kissed the Teacher,” I found a great picture of someone in a pantsuit and it reminded me of my own mother’s curtains. We designed the curtains in the girl’s apartment in brown, yellow and creme, gave them to the art department and told them we were going to cut out the shapes of the designs from the curtains. It was very much Gone With the Wind! No matter what I do, I want there to be a narrative and have it make a sort of strange sense.

Color often plays a big part of the design narrative, what can you tell me about the palette?

The film goes from the early days of Oxford to Paris to Greece, so I was clear in my palette when I was lining the costumes up. Paris was tan and mauve and dirty pinks and more sophisticated colors while Oxford was dark blue, green, browns and very Laura Ashley. I chose bright colors for Greece — clean Mediterranean blues, whites and oranges. I always think it looks better on the image when there is a coherency with the color palette.

Since time was of the essence with a quick 10-week schedule, did you look to vintage in sourcing the costumes?

For Lily, I went to Los Angeles and looked at a lot of vintage shops and found really key pieces, but because we needed doubles for dancing and stand-ins, we had things made. I found all these old ’70s prints and it’s like 20 colors and very expensive to duplicate. 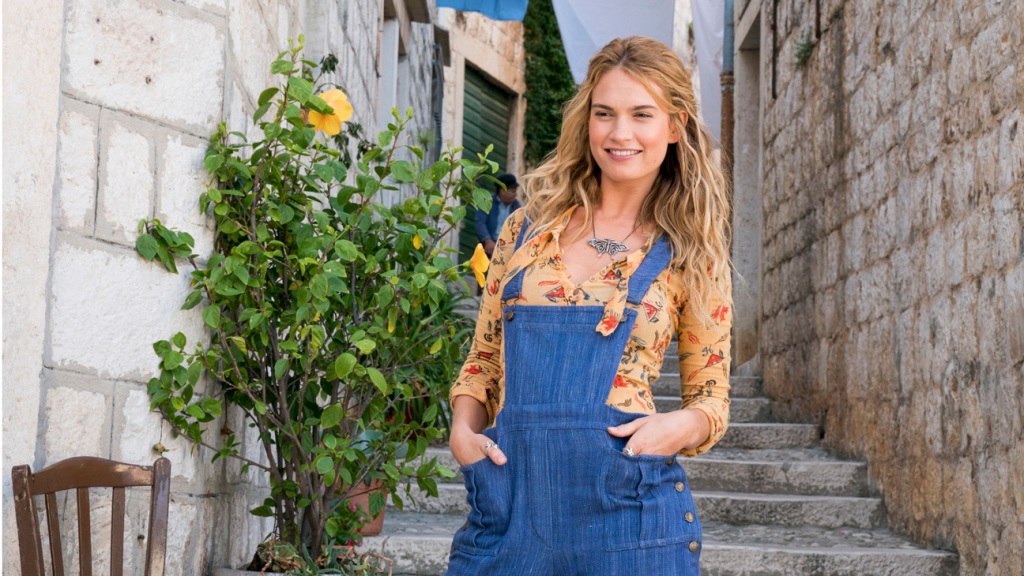 What were your favorite costumes and what about those ruffled dungarees?

The designs for the Waterloo Waiters were one of my favorites. They had to look like waiters but the clothes had to stretch for their moves — somersaults, cartwheels, etc. I just love the stylized part of it and wish I could have done more to it. The fabrics were made of one-way stretch fabric and had to (give the appearance on) film like it was a proper outfit.

Ruffles are featured quite a lot for both the younger characters’ ’70s looks and I tried to carry it through for later so there was some sort of link. I found a great fashion shot in a magazine of a great guy in immensely paired ruffled trousers and I thought let’s really go for it for the performance looks. They must move well when the characters are dancing and make this lovely image when they are moving and stamping their feet. 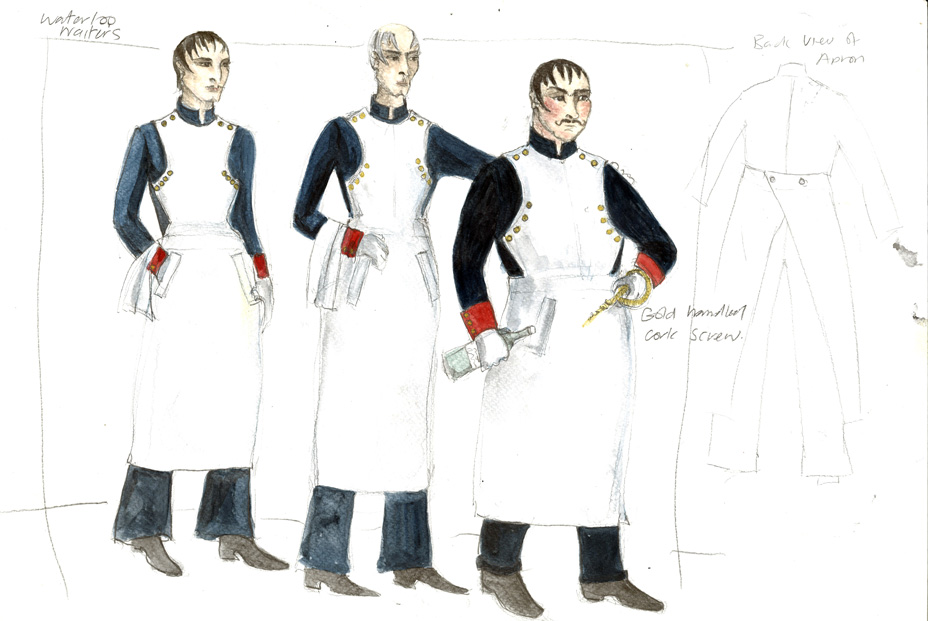 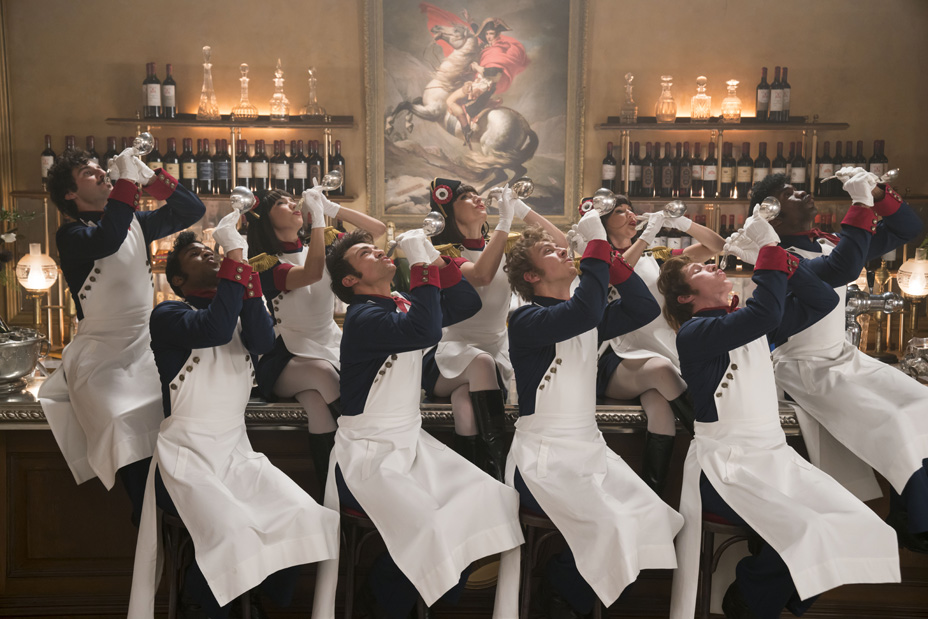 And what was it like designing for Cher who was clearly the poster child of ’70s style?

It’s funny, when I started, I used to do promos and met her 20 years ago and haven’t seen her since. She is fantastic, who wouldn’t want to design for her? She is smart, funny and has great taste and opinions but was pretty open — she is exceptional. She adored these squiggly rings a friend was making and has already put them on her website and wore them in every scene. She loves supporting people who are creative. She was really into white suits and came up with other ideas for costumes — it was a collaboration. We only had two weeks to work on her costumes.

Despite the accolades and achievement of your high-profile work on Game of Thrones and The Crown, was this process creatively different?

I am always scared of being pigeonholed after seven years of GOT and then The Crown as people will only think I do medieval or fantasy. As designers, we design whatever we are asked to do, and our job is to make if interesting. 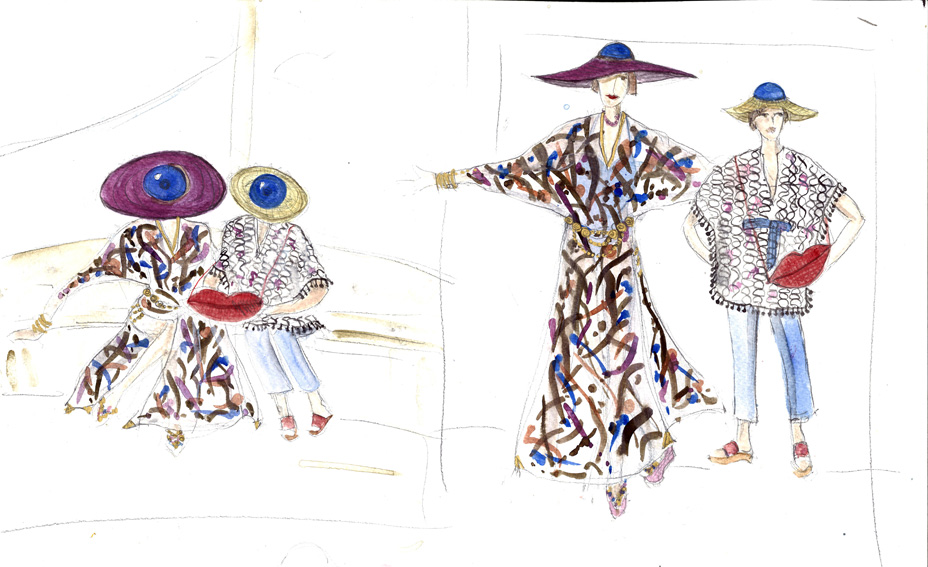 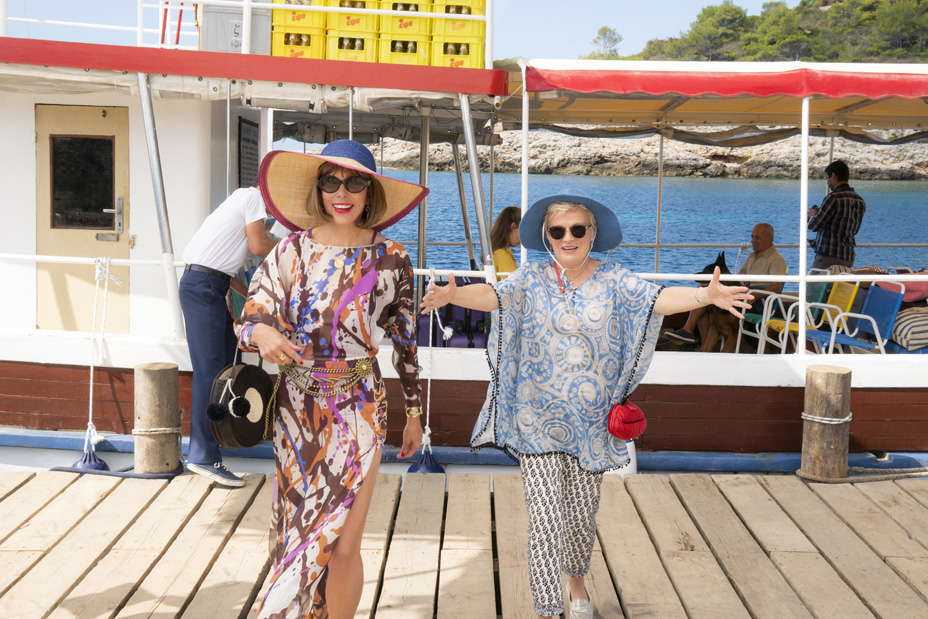