In 1994, Nelson Mandela held a series of secret meetings with the most unlikely of partners — Constand Viljoen, a former general in the South African army and leader of the rightwing Freedom Front party — to prevent violent outbreaks that threatened the safety of the country as it prepared for upcoming elections.

Those little-known conversations, which saw both men put aside their differences for the greater good of South Africa, form the heart of an upcoming graphic novel, Mandela and the General, by John Carlin — journalist and author of Playing the Enemy, the book later adapted into Clint Eastwood’s 2009 Invictus — and Oriol Malet. The Hollywood Reporter has an exclusive preview of the book ahead of its release next month.

Why Singapore-Korea TV and Film Collabs Had a Milestone Year

“The story of Mandela and the General offers a reproach and a salutary example for the political times we live in,” writer Carlin told THR. “People increasingly segregate themselves into angry tribes screaming at each other across wide echoing chasms. Minimal effort to build bridges, much less to try and put yourself in the shoes of your adversaries.”

Artist Malet agreed, adding, “We’re in a moment where the human factor and the political mood are absent in the main world leaders. It is very necessary to appeal to those who, like Mandela, should never cease to be a political and human reference worldwide.”

Carlin went on, “Mandela, in a context of divisions far more perilous and extreme, strove to understand his enemies and see the world from their point of view. No enemy posed a greater danger than General Constand Viljoen. Deploying the weapons of dialogue, charm, patience and, above all, respect, he wooed the general away from war to peace, transforming a bitter rival into a loyal ally in a shared national cause.”

Malet said that the opportunity to work with Carlin was a career highlight, explaining, “his professionalism and his human factor have brought out the best in me. After all, illustrating an icon like Mandela is a great responsibility.” 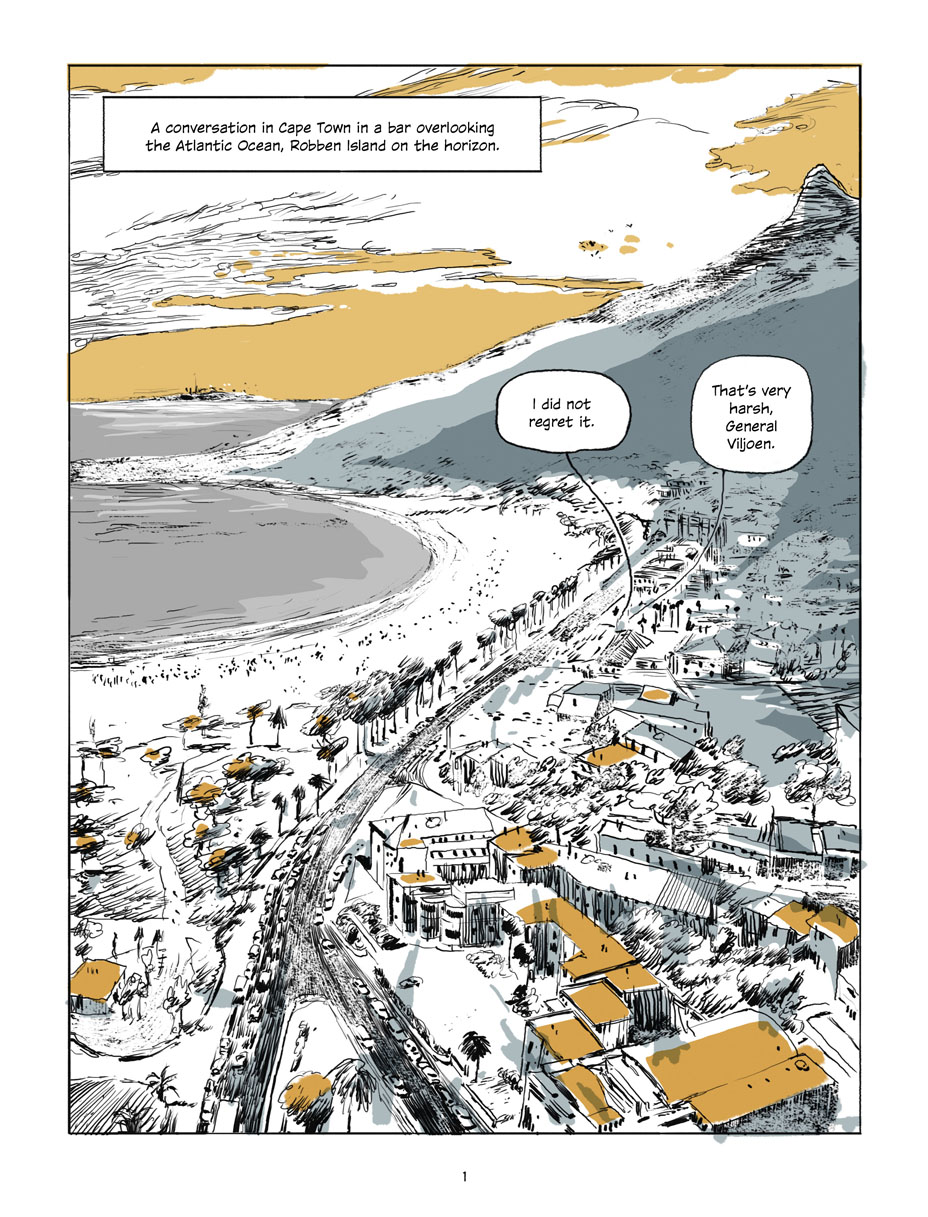 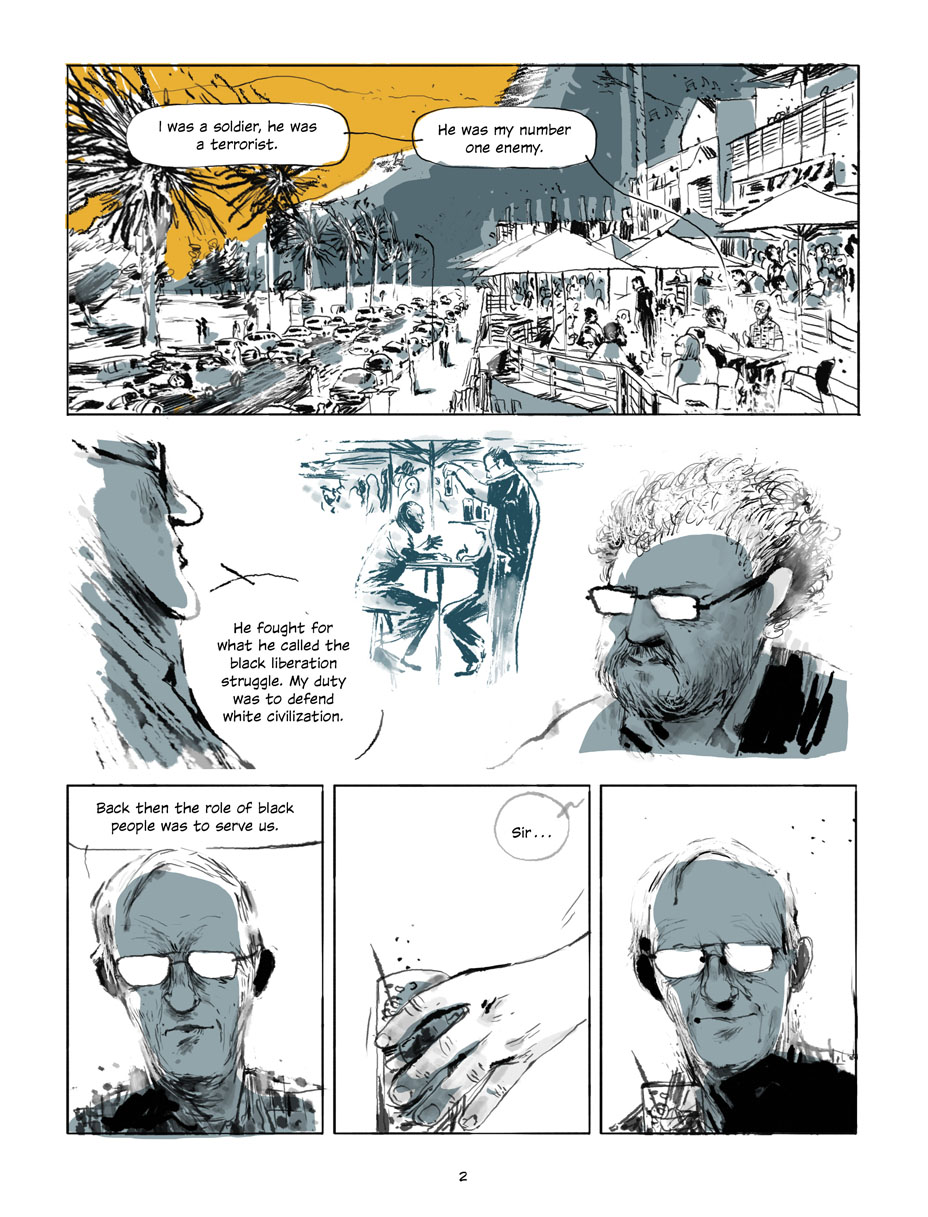 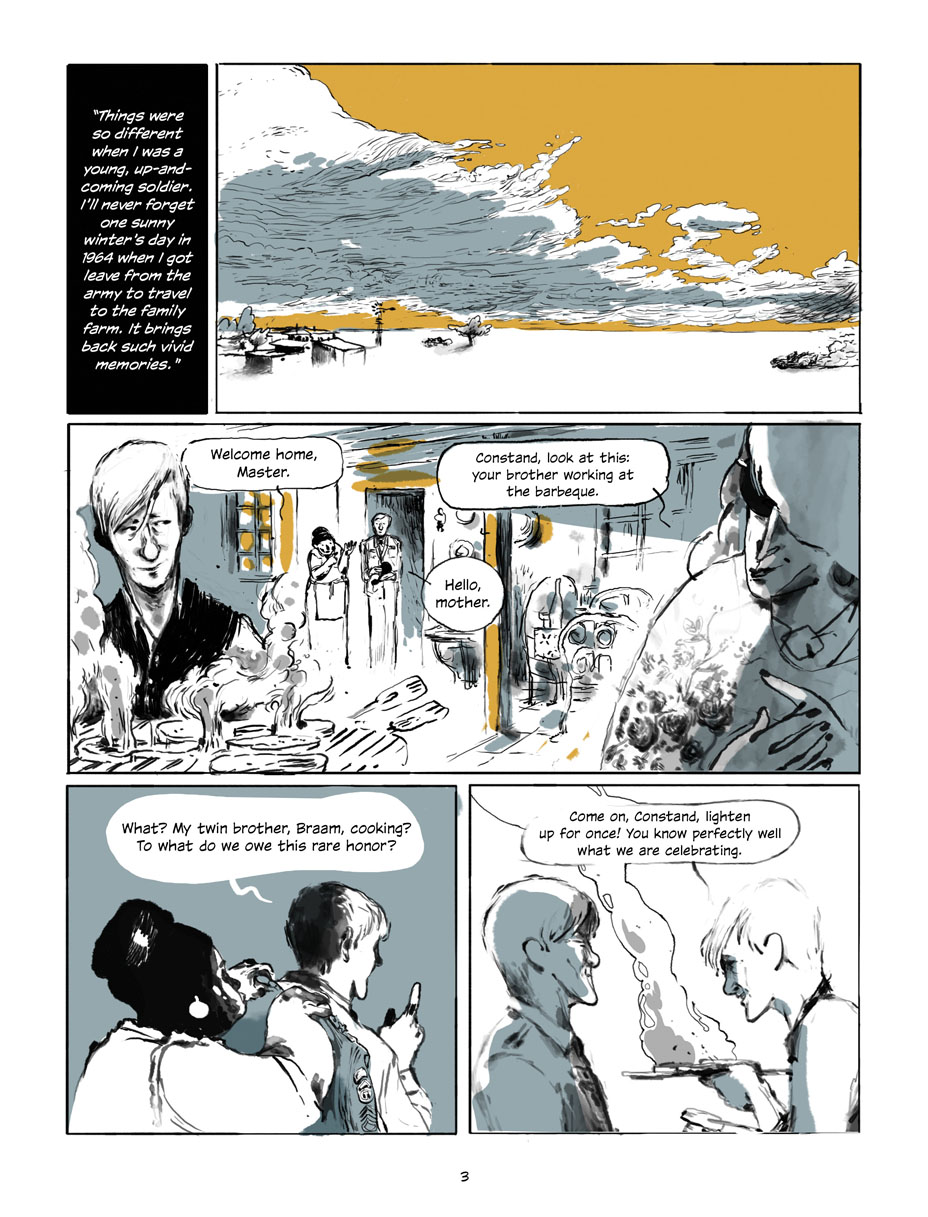 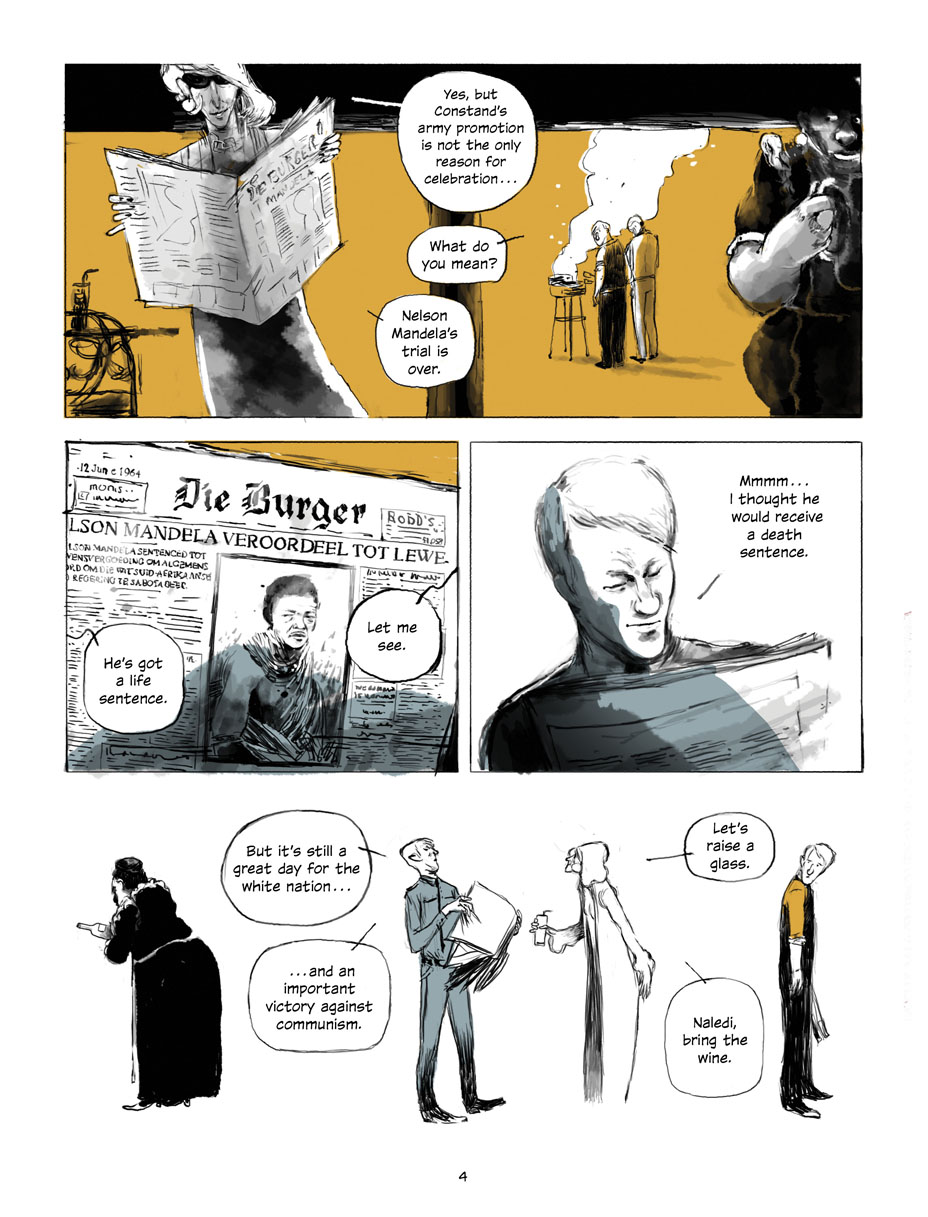 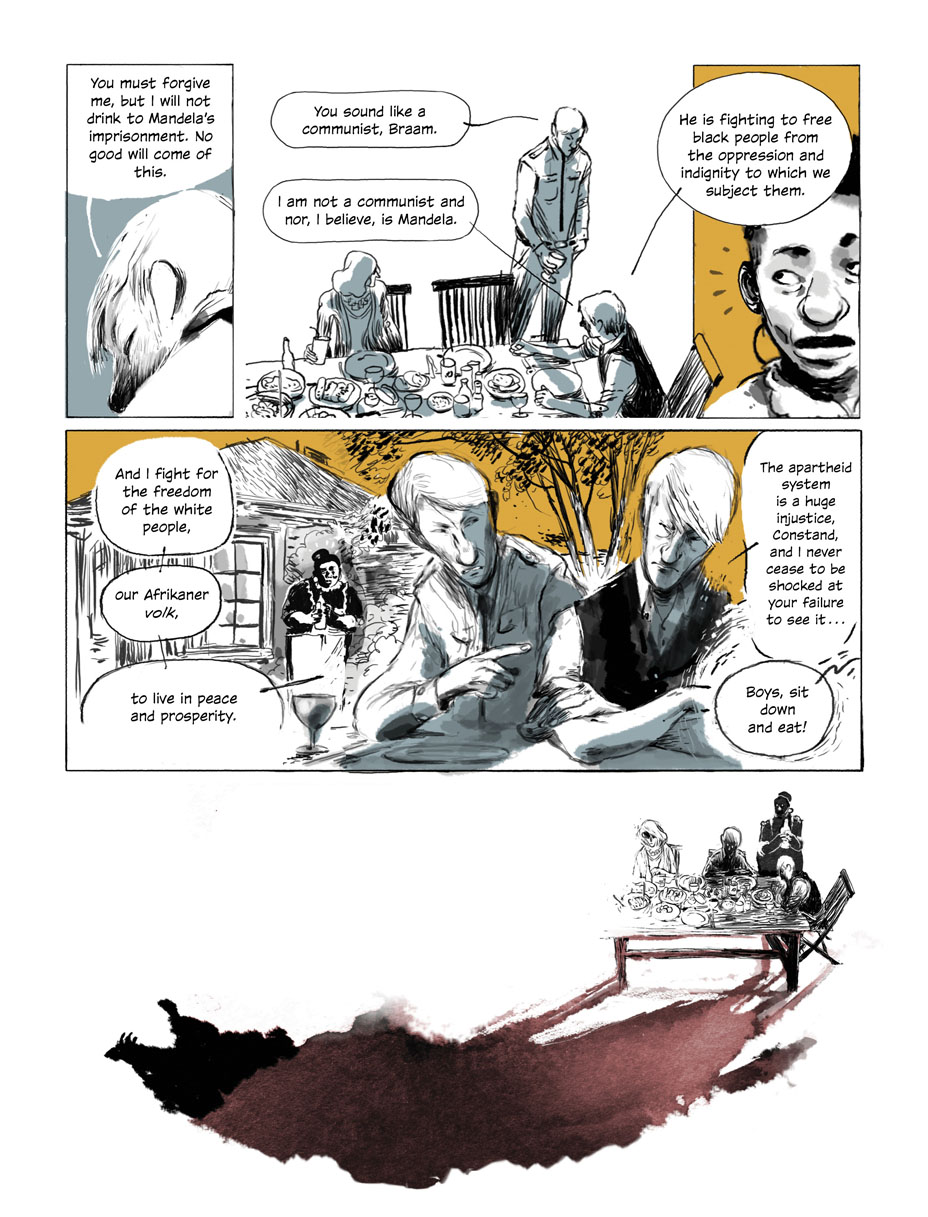 The book, which has been described as a “wonderful, accessible distillation of the genius of Mandela” by Matt Damon, will be published Nov. 4 by Plough Publishing House.