In addition to endless fitness classes, interactive pop-up shops and Instagram-ready experiences, the second edition of Popsugar’s Play/Ground event at New York City’s Pier 94 this weekend featured a star-studded roster of panelists. On June 22, standing-room-only crowds formed for talks with actresses Mandy Moore and Camila Mendes who both spoke about channeling industry-fueled negativity into opportunities for personal triumph.

Twenty years since signing her first record deal at age 15, Moore shared how she found autonomy in her career during a conversation with her This Is Us costar, Susan Kelechi Watson. Moore’s fans were elated to hear that new music, penned alongside her husband Taylor Goldsmith, is in the works. But don’t expect it to be anything like her debut single circa 1999. “I look back at [my music], and I’m like, ‘I’m missing you like candy?’ What does that even mean?” Moore said, admitting that as a teen she simply sang whatever she was given and that her knowledge of love was understandably limited. “I maybe French kissed a boy?” she added.

Returning to the studio in the last two weeks has been “like riding a bike,” said Moore. One of her favorite songs on the new album (due to drop later this year) is called “Forgiveness.” Its opening line, “Forgiveness is not a favor, and sorry is just a word,” is a far cry from her iconic sugar-coated lyrics.

Moore also spilled on the roles she missed out on, allegedly “bombing” auditions for Mamma Mia! and Crazy, Stupid, Love. Not letting rejection consume you, trusting that you can grow from life’s disappointments and being driven by passion rather than others’ validation were three key tangible takeaways for audience members seeking professional wisdom from Moore and Watson. “I am becoming a force by my own definition,” Moore responded, when asked who she is unapologetically becoming. “The last year specifically has been a really monumental shift.… There is no substitute for time and the wisdom and clarity that come with it.” 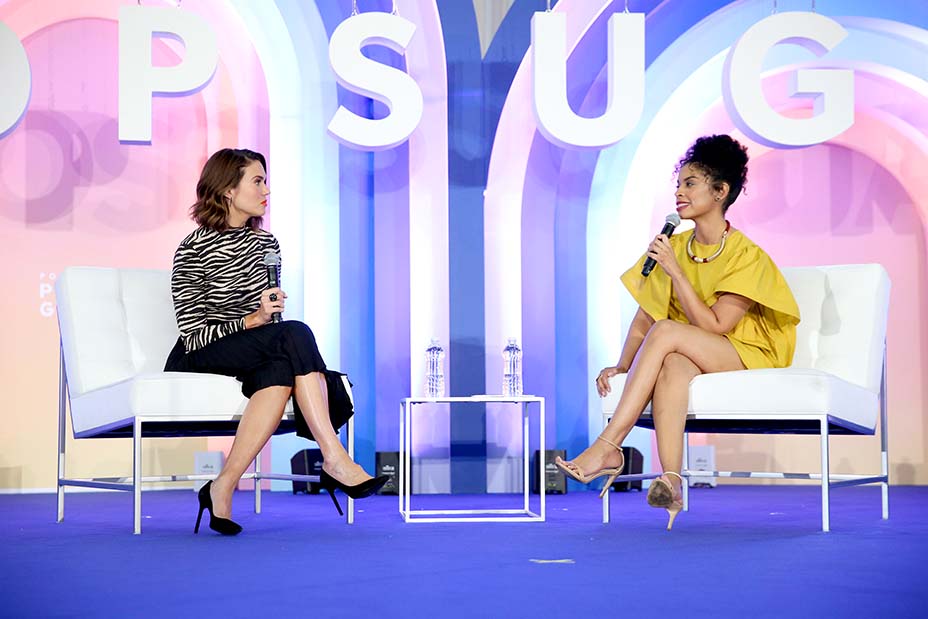 In addition to surrounding herself with supportive friends and mentors — something multiple speakers touched on — Moore attributes her fulfillment and laser focus to what she once perceived as her weakness: kindness. “People will say, ‘Nice people can’t finish first.’ I think they can, and they do. I’m OK being that woman. That’s who I am, and that’s who I am always going to be.”

Mandy Moore Discusses 'This Is Us' Rumors and What's Ailing Rebecca

Later that afternoon, Mendes joined model Candice Huffine to discuss each other’s journeys to body positivity. For the rising Riverdale star, being perennial cool girl Veronica Lodge forced her to confront her inferior self-image. “The pressure of playing a character like that definitely made me question myself,” said Mendes.

About a year and a half ago, the Brazilian actress chose to share her personal struggle with eating disorders to her millions of followers. “It was a hard decision, but I felt also really confident in the fact that if I had somebody to look up to when I was younger, how that would’ve changed my life,” said Mendes. “To know that I can be that person, it’s like, there’s no question. Why would I fight that? Because what am I hiding: That I’ve been through something? That I’ve experienced something painful? That I have a negative body image? We all do.”

Mendes began having issues with bulimia and obsessive dieting in high school, which continued in college. Her wake-up call was when she could no longer make it through her Riverdale fittings without breaking down. “You’re shopping for a character — not yourself,” explained Mendes, who would be moved to tears when clothing did not fit her a certain way. 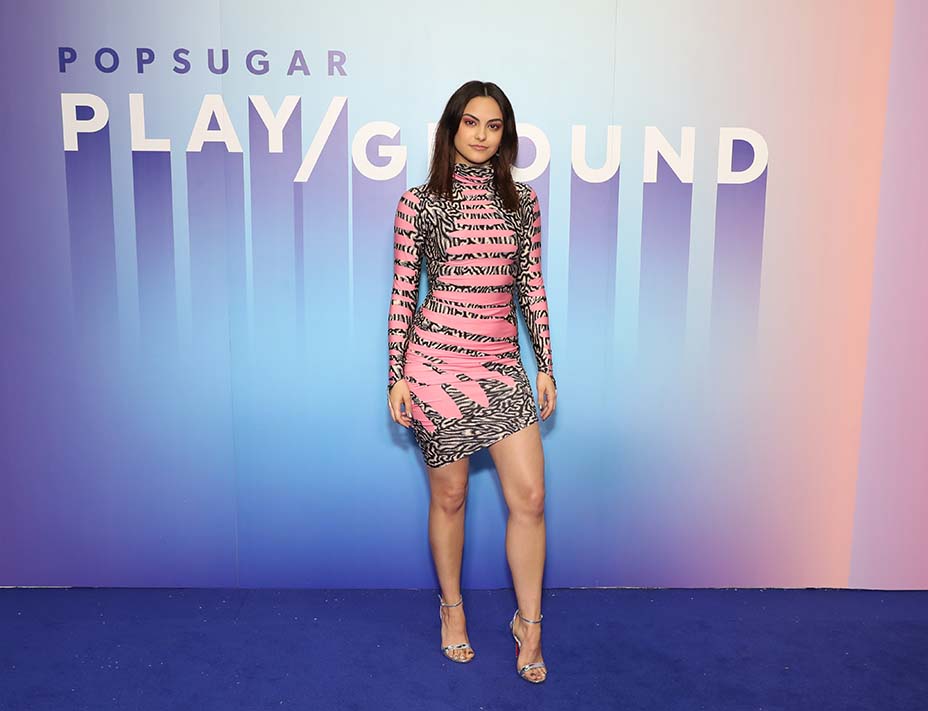 Mendes eventually confided in those close to her, including a Riverdale production assistant who helped her seek out a professional. “That’s when everything changed,” she said. “I highly recommend seeing a therapist.” Mendes’ therapist and nutritionist helped conquer her fear of eating carbs and break the misconceptions that diets are healthy. Mendes has since collaborated with Project HEAL, a nonprofit that provides resources and funding to those seeking treatment for eating disorders.

Mendes and Huffine also stressed the importance of rethinking dangerous sayings like, “nothing tastes as good as skinny feels,” and perceiving “you look so skinny” as a compliment. When an audience member asked them to name nontraditionally attractive leads in television shows, the two agreed that there is still significant progress to be made.

“I don’t want it to make headlines whenever a curvy girl makes the cover of a magazine or becomes a face of a brand,” said Huffine.