Marc Jacobs, American fashion’s greatest showman, closed out New York Fashion Week on Wednesday night with a show that was about the grand gesture of fashion with a capital “F.” It reminded us of the days before the runways went Hollywood and street style became ascendant. Back then, designers were audacious leaders, women were followers and the top-down industry lived and died not by Instagrammable moments but by the season’s new silhouette.

There was an 1980s nostalgia at work in Jacobs’ fall collection, as there has been on several runways here this week. Women had a different relationship to clothing then, when they were first starting to climb the corporate ladder, and designers such as Yves Saint Laurent, Karl Lagerfeld and Claude Montana (“king of the shoulder pad”) defined power dressing from the top down, with an inverted triangle silhouette of linebacker-sized shoulders demanding to be noticed, bold color combinations and dramatic flourishes. There was even an old school fur protest going on outside on the sidewalk, driving home the nostalgia. 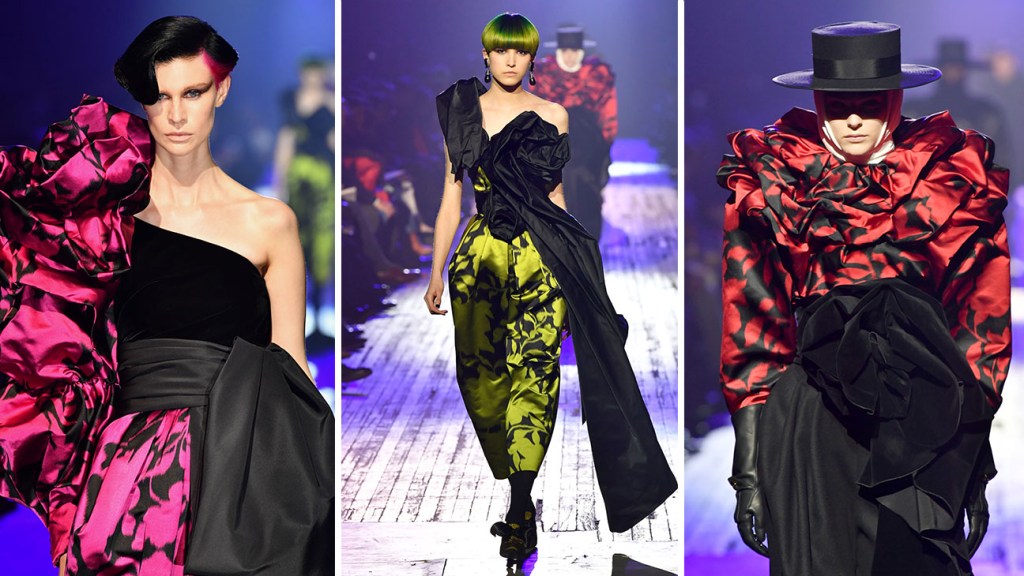 Forty years later, Murphy Brown and Roseanne are returning to TV, and women seem to be in the same precarious state. Power dressing has been redefined as pussy hats, power pink and all-black red carpets. But maybe what women really need to do is dress in blinding colors, put on sharp-brimmed hats and elbow everyone out of the way?

It was a hell of a suggestion articulated through some gorgeous clothes, including an oversized red cocoon coat with draped scarf detail, a black evening dress with a single sculptural pink taffeta sleeve and black matador pants with colorful blouses tucked in, all accessorized with supersized rosettes at the waist or neck (get me one of those now!) The show played out without any of the over-the-top sets or special effects Jacobs has been known for over the years. Instead, the clothing itself was the theater. Whether there’s still an audience for that is another question.

Earlier in the day, Michael Kors, another titan of American fashion, set his show in a literal theater, at Lincoln Center, celebrating his lifelong love of entertainment and all its quirky characters.

“These are a few of my favorite things,” Julie Andrews sang on a loop on the soundtrack, which included show tunes, rock ‘n’ roll, Hamilton and the Sex and the City theme song. 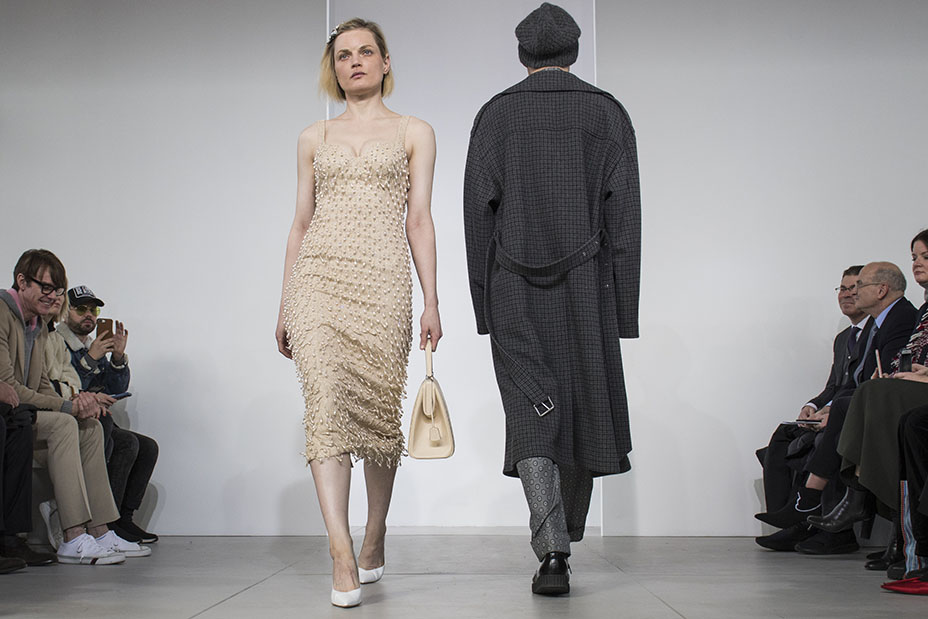 With sweeties Zendaya and Blake Lively in the front row, Kors’ fall 2018 collection was a valentine to his favorite icons of personal style, according to the notes, in clashing leopard, tartan, argyle, camo and floral prints, dressed up in sweetheart dresses and faux furs to go to Lincoln Center, or dressed down in track pants and MK logo shower slides for the walk to SoulCycle. It couldn’t have been a more different commentary on the state of fashion than Jacobs’ show. 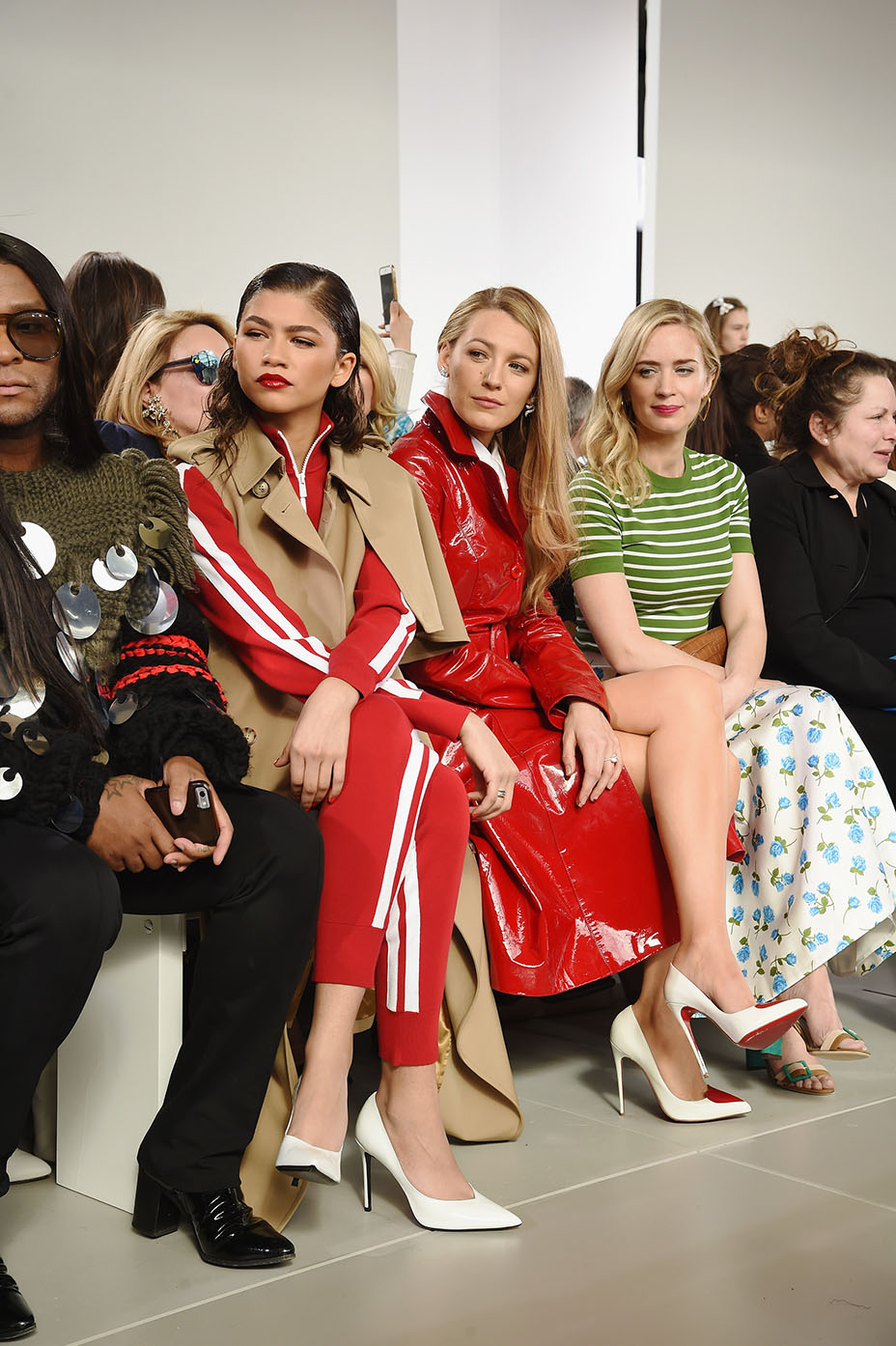 Kors’ show had 74 looks, perhaps the most of any of this New York Fashion Week, so there really was something for everyone. “We’re living in the swipe era,” Kors told the Associated Press. “There’s not one way to look, there’s not one way to present yourself.” (Not so at Jacobs, though one suspects he knows the truth.) 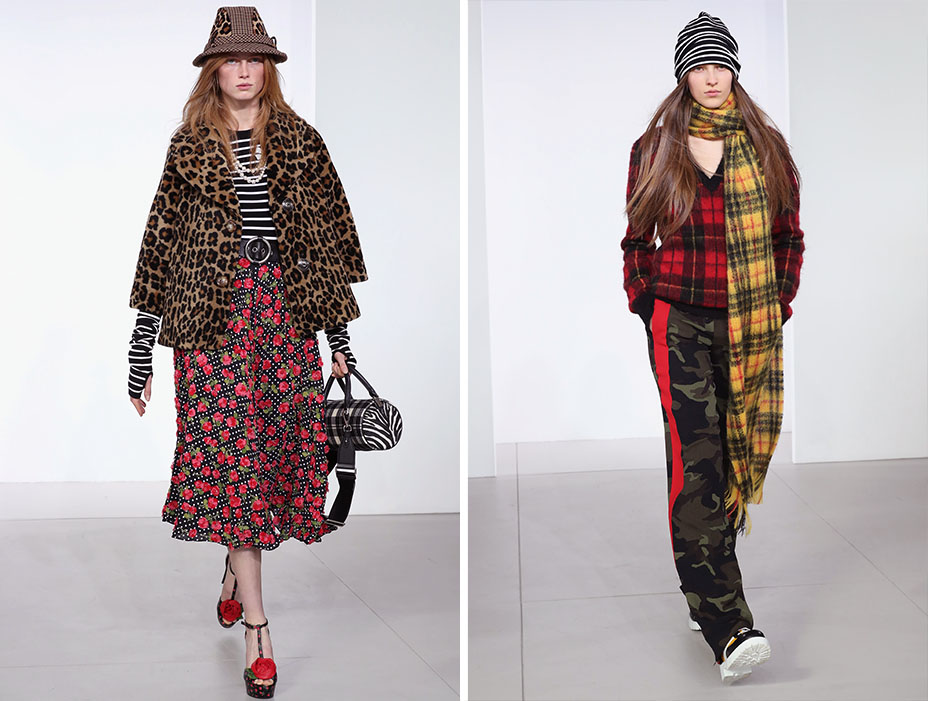 If you didn’t like a punky marigold mohair sweater over tartan trousers, you could just swipe to the pearly-girl diva dress that was the one of the collection’s strongest red-carpet contenders. If Kors’ embroidered argyle sweater and brocade pannier skirt are not your jam, perhaps the black-and-white duchesse satin portrait-print wiggle dress Bella Hadid was wearing is? (That was my favorite.) 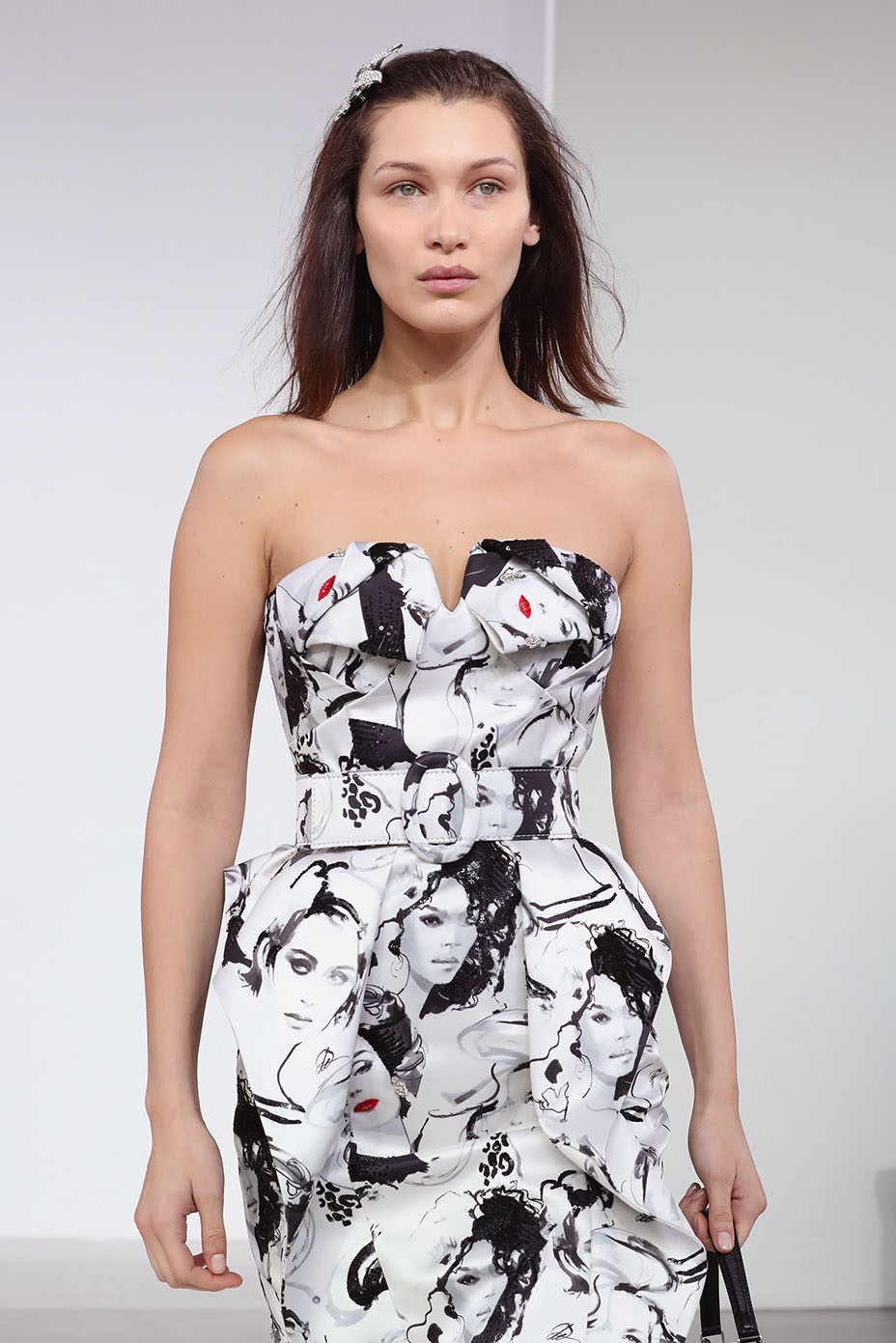 To add more to the story, Kors also debuted his first-ever collaboration, with British artist David Downton, whose stylish sketches have appeared in fashion magazines (those quaint old things) and are now adorning Kors’ totes.

The collection was a bit all over the place, without a clear point of view more than “anything goes.” But Kors did follow a chief strategy of luxury brands today — creating as many points of entry for customers as possible. And yet, one is left wondering: Is fashion without direction really fashion at all?