Margot Robbie waited until filming was just about to begin before she and director Craig Gillespie took a trip to Portland to have lunch with the woman she was about to play. Their second meeting came nearly a year later, when Tonya Harding joined Robbie on the red carpet for I, Tonya‘s Hollywood premiere. The following day, on Dec. 6, Robbie sat down with Harding, 47, for a wide-ranging conversation about the disgraced Olympian’s life now with her current husband, Joe, a heating and air conditioning specialist, and their 6-year-old son, Gordon, as well as the highs and lows of her days on the ice.

While Robbie switched between roles as interviewer and interviewee, Harding spoke candidly about her fraught relationships with both her ex Jeff Gillooly, who spent six months in prison following the 1994 assault on Harding’s then-rival Nancy Kerrigan, and her mother, with whom she’s been estranged since the early 2000s. At one point in the hourlong discussion, during which the former competitor revealed that she was back in training (she’s set to skate in an exhibition at Rockefeller Center in late January), a teary Harding thanked Robbie for not only telling her story but also providing her with closure.

MARGOT ROBBIE When I, Tonya screenwriter Steven Rogers reached out about the project, were you shocked? Hesitant?

TONYA HARDING I was grateful that he actually came to us first, but I wasn’t going to do it. I was like, “I don’t want to go through this again. I’ve been through enough, and I have my son now.” Michael Rosenberg, my manager, talked me into doing this possibly as closure. I was so nervous to watch it, but when I saw it, I wasn’t watching a movie about me. I was watching Margot, and then I went, “Oh my goodness. That’s about me.”

You two met for lunch before shooting. What were your first impressions?

ROBBIE I don’t know if you remember, but I was saying how [the skating part] is really hard, and you said, “Do you have your skates with you? We can go to this rink, I can train you.” Also, you asked how was I dealing with fame at a young age, which I thought was a very kind thing. I was like, “I can’t believe she’s worrying about me.”

HARDING When I saw her, I was like, “Oh my God, she’s so beautiful. Thank you, God!” (Laughs.) And I did not expect you to be so kind and forthcoming with me because I’ve had so much disrespect in my life. I don’t even wish for my worst enemy to have to go through anything that I went through.

Margot, what were you hoping to get out of that meeting?

ROBBIE The main thing about meeting her was to say, “I’m playing a character, not you. The character and real-life Tonya, in my mind, are totally different,” and I wanted her to know that so that I could feel I’d have more freedom on set to really go for it with this character.

Do you have a favorite line from the film?

HARDING Of course. The one that I can’t repeat.

ROBBIE Is it when I’m yelling at the judges?

ROBBIE I don’t mind repeating it. I say, “Suck my dick,” to the judges, and it’s actually one of the few things that you didn’t say in real life.

HARDING I wish I could have said “Suck my dick.”

How did it feel to see people from your life portrayed, be it your mom by Allison Janney or your ex-husband Jeff by Sebastian Stan?

HARDING The first time that I saw Sebastian yell in the movie, it took me completely back to when those times happened, and it happened so often. But Allison Janney, wow, she couldn’t have hit my mother on the head any better. And it was hilarious. The one thing my mother didn’t do was smoke on the ice.

ROBBIE Yeah, that was Steven’s favorite line in the script. Diane [Harding’s coach] saying, “You can’t smoke on the ice,” and her mom saying, “Well, I’ll smoke it quietly.”

ROBBIE One of the things I don’t think any of us realized was how hard the triple axel is.

HARDING I was the first American [woman to land one]. You guys don’t have this in the movie, but there was one judge [at the U.S. Championships in 1991] who gave me a [perfect] 6.0. It was 5.9s all the way across, but I got one 6.0, and it was the only reason why I won. They pulled all the judges into the back room, and that judge had to explain why he gave me first place over Kristi Yamaguchi, who fell and missed another jump, so right there it shows the [bias]. And I did it their way. I wore the pretty dress, and I did most of the music for them, and then I had my fun at the end.

ROBBIE I kept thinking to myself, it’s a shame that all of your athletic achievements were overshadowed by what happened in 1994.

HARDING Well, everything changed in 1991. [By 1992, Harding never landed a triple axel in competition again.] I found this out later, but when I separated from Jeff — I got all my things and my own place and by the end of October, my apartment had been broken into.

HARDING Everything inside my apartment was shredded, there were knife holes in my couches and in my water bed. And the water bed was upstairs, so the whole basement was flooded.

ROBBIE Do you suspect it was Jeff?

HARDING Oh, it was Jeff.

ROBBIE That gives you a glimpse into what a tumultuous relationship it was. I found it emotionally traumatic to put myself in the mind-set of someone who’s in an abusive relationship.

ROBBIE And you almost get used to it.

HARDING I was told I was fat, I was ugly, I would never amount to anything.

Tonya, what would you have wanted to be if skating wasn’t an option?

HARDING I wanted to be a jockey or a forest ranger.

ROBBIE What about now? Do you have a job?

HARDING I’m looking at it. You are my work. And I’m a mommy. [Per Harding’s spokesperson, Harding was paid a fee plus a percentage of the film profits for her life rights. She also has been doing landscaping and deck-building work.]

Do you still skate?

HARDING Every week. We have a rink about 50 minutes from my house. It makes me feel alive. If I wasn’t in pain most of the time while I’m skating, I’d be out there much longer. But I’m going to go back to doing my triples. I know once I land one, it will be like, “Oh yeah, that’s how it feels.”

HARDING I get up at 7, and I get my son up at 7:30. He likes his cocoa or chocolate milk, and he loves pancakes, but I suck at pancakes.

ROBBIE No judgment here, I’m a terrible cook. And then you take him to school?

HARDING Yeah, or if it’s on one of the days I go to the rink, then Joe takes him to school. In the summertime, I’m always outside working in the yard. I love landscaping, working on cars, chopping firewood. I love to build things, too, and I’m still unpacking things that have been [stowed away] for years. I just got out my trophies and medals, and I have them hung up, but over half of them have been stolen or broken. Then my son gets out of school, and one of us gets him and we watch cartoons or play games like Minecraft or DinoCraft, and then it’s dinner and bed.

ROBBIE Do you still keep up with the sport? Will you watch the Olympics in February?

HARDING Every once in a while. I’ve got to find out who’s competing and if it’s truly worth watching or if it’s going to be the same old politics. 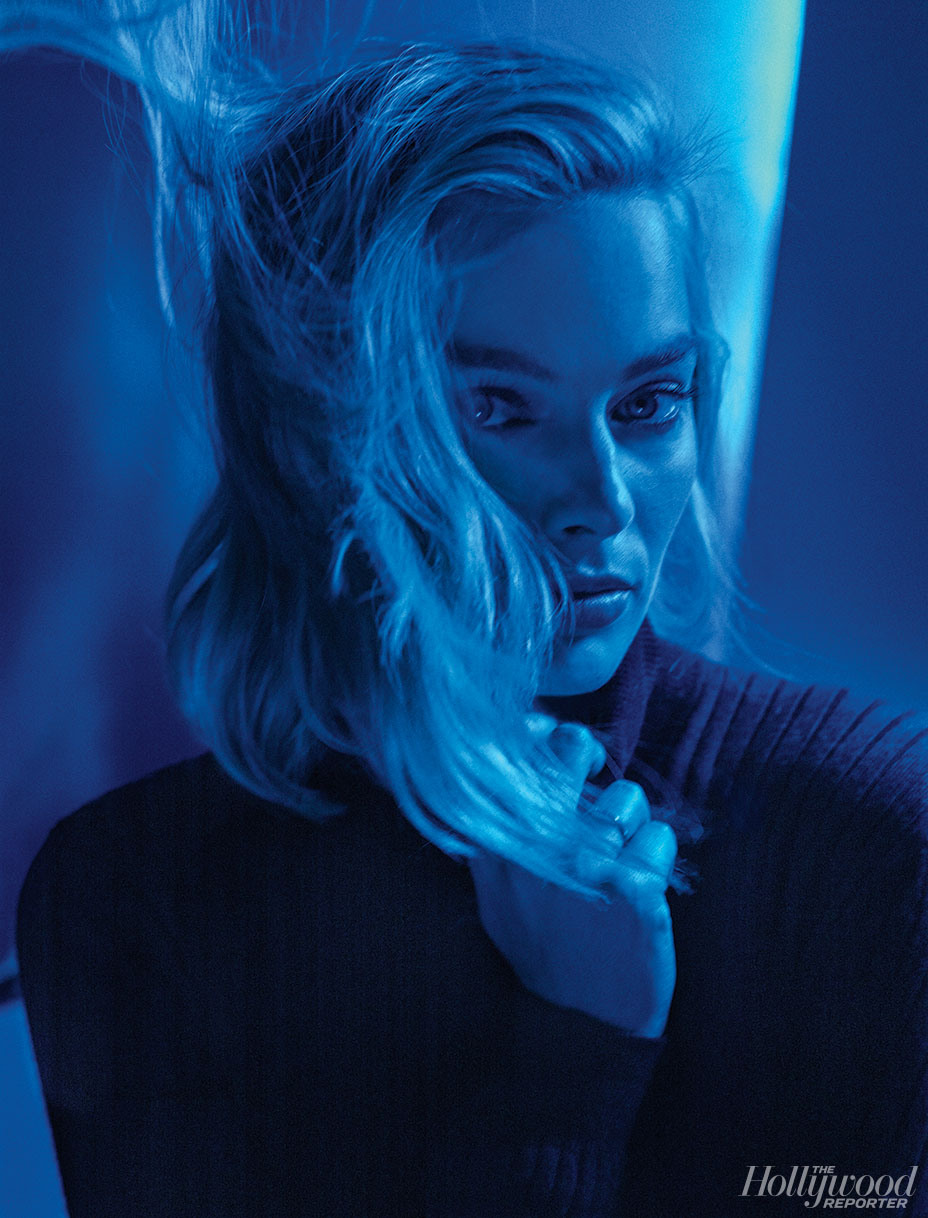