Marianne Williamson made a big impression at the June 27 Democratic debate, as her out-of-the-box thoughts on everything from moon shots to parenting captivated — and perhaps confused — an already bleary electorate. Self-help aficionados have long been well-acquainted with the 67-year-old candidate, who’s authored 13 books — her most recent is A Politics of Love: A Handbook for a New American Revolution — and has been championed by no less than Oprah Winfrey, who first hosted her on her talk show in 1992 and remains a friend. (“I think part of being her friend is respecting her privacy,” says Williamson when prodded for Winfrey’s thoughts on the campaign.) Dismissed as everything from a kooky hippie to a dangerous anti-vaxxer — the first label she accepts, the second she rejects — Williamson, with her calls for love, has set herself apart in an overcrowded field. Ahead of the next Democratic debate, airing on CNN July 30 and 31, she sat down with The Hollywood Reporter in a Beverly Hills hotel lobby July 17 for a conversation on media, message and LSD.

How are you feeling since the first debate?

A campaign is an emotional roller-coaster ride if you let it be. There’s much to be said for claiming your emotional center and staying there no matter what.

Has it gotten too rough yet?

Absolutely not. The aftermath of the debate performance was pretty fascinating, actually. Because as much mockery as there was, there was also serious attention given to the substance of my remarks. And even the memes, the majority of which I found incredibly funny and very few of which were malevolent, was another — to me — fascinating expression of political sentiments.

What was interesting to me is that you allowed yourself to come off as vulnerable in a situation where you are supposed to seem indomitable.

The conversation I’m having with voters seems at odds sometimes with what a person expects from politicians. The point is, however, I am having the conversation everybody in the world is having. I just say it when the microphone is on. It’s the political establishment that is having the conversation that I believe is outside the mainstream. It’s stuck back in the 1980s somewhere. Mainstream — not just in California — is a far more integrated approach to life. We’re a religious country, health and wellness, spirituality, psychotherapy, AA. Millions of people in this country approach life with a recognition that there are many dimensions to the human experience. Our emotions matter. Our psychology matters. Our relationships matter. Our intentions matter. Our goals matter. Our imagination matters. Our sense of possibility matters. Our cleaning up our own act matters. Our admitting our character defects matters. Nothing I just said is “woo-woo.”

Your recent visit to The View got a little contentious. Did you feel attacked?

The sticking point seemed to be vaccines.

My sloppiness in talking about that was a self-inflicted wound. But when it went to other issues such as the larger question of my candidacy, when Ana Navarro and Whoopi Goldberg weighed in, it was so unreasonable. Coming at me, for instance, because I have a book about politics. So does every other candidate running.

Here’s another chance to clarify your stance on vaccines.

I’m pro-vaccine. Pro-medicine. Any time there is a medical intervention, there is both benefit and risk. Government must come down on the side of public health. Having said that, I understand that many areas having to do with food, health and safety are places where Americans have questions. And I don’t believe that questioning should be squashed. There is intelligent nuance that should be respected.

But as president you would be in charge of the public health. What about the measles, mumps and rubella vaccine?

I understand a measles outbreak, you can’t mess with that.

I am totally, completely pro-choice. I have never said anything to the contrary. I believe abortion is an issue of private morality.

Speaking of contentious moments, how did it feel to be so close to that exchange between Kamala Harris and Joe Biden?

That’s not the politics I’m interested in. We can have a meaningful conversation and a serious debate about our political differences in a way that is peaceful.

Have you as a voter gravitated to out-of-the-mainstream candidates?

“Out of the mainstream.” What does that even mean?

I voted for Al Gore. I’ve always really admired Ralph Nader but absolutely wanted Al Gore to win that election. I was devastated by what happened in 2000. That election was stolen from him.

I take it you voted for Hillary [Clinton]?

I voted for Hillary. I was a passionate Bernie [Sanders] supporter, not ever because I disliked Hillary personally but more because my politics were aligned with his. But as soon as the primaries were over I definitely pivoted and was passionately supportive of her.

Alyssa Milano mentioned on Twitter that she attended your fundraiser and had you on her podcast, and Jeff Bridges and Nicole Richie have contributed. Has Hollywood been ponying up?

First of all, Alyssa is listening to a lot of candidates. I did not feel that her having me on her podcast meant that she was endorsing me. I’m deeply grateful to anyone who has supported my campaign, financially or otherwise. I have lived in Los Angeles for a long time. The entertainment industry dominates this town. So obviously you’re going to meet a lot of people in the entertainment industry. I was born and raised in Houston, Texas. I knew a lot of people in the oil business. I moved to Detroit. I knew a lot of people connected to the automobile industry. It’s a geographical thing. And I don’t relate to people based on such a false moniker as who’s a celebrity and who’s not.

There is a lot of curiosity about Laura Dern being your roommate.

She was! She was my roommate when she was 18. I was 31. Her mother called me — the inimitable, fabulous Diane [Ladd]. She said her daughter didn’t want to live at home anymore and I would be the perfect person. I remember being like, “What?” And then this adorable, adorable 18-year-old comes walking up my sidewalk: “Hi! I’m Laura Dern!” She is an extraordinary human being and it’s been a pleasure and an honor knowing her. I love her. 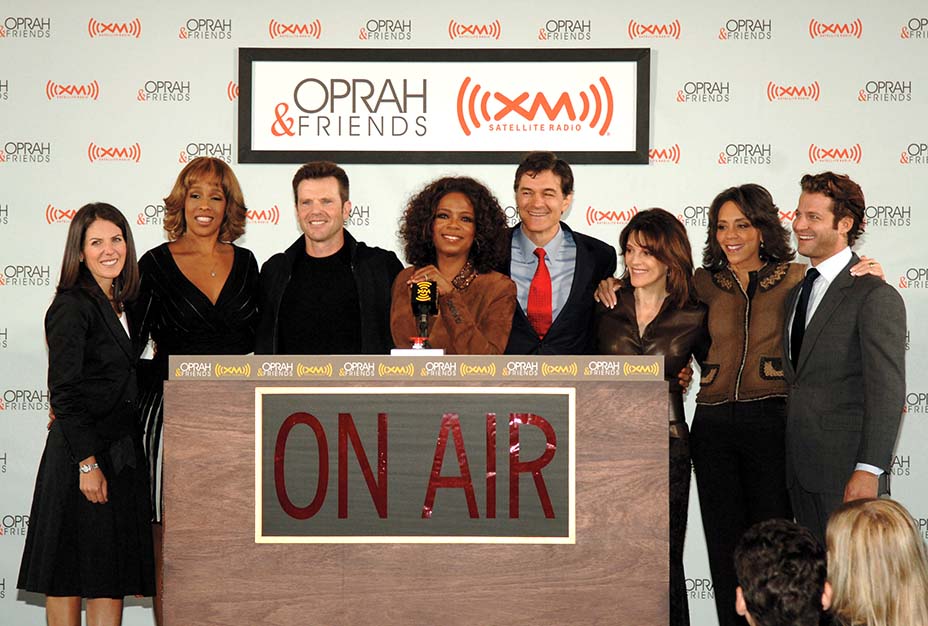 At a recent fundraiser, you made a lighthearted reference to your viral “girlfriend” moment and theories about your accent.

What is a “mid-Atlantic accent?” I don’t even know what that means. Everyone called it that.

I think it means not quite Europe, not quite United States.

I’m a Jew from Texas.

Had people even commented on your accent prior to the debate?

No. There’s you and this image people make up about you, and often they’re two distinctly different entities.

Maybe the New Zealand line added to the confusion, because you said it with a kind of attitude —

“Girlfriend, you are so on!”

So it was “on.” I’ve seen it some places transcribed as “wrong.”

What’s the origin of that?

The origin of that? Jacinda Ardern has said she wants New Zealand to be the best place in the world for a child to grow up. I want the United States to be as good as any country. I was on the floor laughing at some of those memes. The majority of them are not malevolent. I understand that the way that I expressed myself at that debate had elements that are fair game for jokes. But what I actually said, including my comments about American children, are substantive, and I think people realized that.

Was it a line you had practiced?

I have been talking about all of these things for months because I’m running for president. But in a debate you get 30 seconds to speak, and at that I was obviously not practiced. Hopefully I’ll do better next time.

A lot of your platform reminds me of the optimism of the ’60s.

That’s who I am. One young man said to me years ago, “You’re just an aging hippie. Your generation didn’t do anything but sex, drugs and rock ‘n’ roll.” I turned to him and said, “That was just part of the day. The rest of the day we stopped a war. What have you done, young man?”

Do you think you would be the first U.S. president to have done LSD?

A New York Times profile of you mentioned in passing that you had officiated at Elizabeth Taylor’s 1991 wedding to Larry Fortensky at Michael Jackson’s Neverland Ranch. How did that come about?

She called and asked if I would officiate. She was very excited about her nuptials. I’ve officiated at many marriages. What was funny to me was that after her divorce, any time I ran into her she seemed to want to explain almost apologetically how her marriage did not work — almost concerned that I might have taken it personally. It was rather touching.

Was Michael Jackson there?

He showed up at the very last moment to walk her down the aisle. It was a scene.

You seem like a highly intuitive person. What were you feeling?

All kinds of things.