Nintendo’s Mario Kart Tour has swerved past the competition to land the Japanese game company the most first-month downloads of any mobile title it has released thus far, analytics firm SensorTower reported Monday.

Mario Kart Tour racked up 129.3 million installs worldwide in its first 30 days of release, generating $37.4 million in player spending since its Sept. 25 launch. The debut is the second-best of any mobile title in history in terms of downloads, behind only Niantic’s Pokemon Go in 2016 (163 million downloads).

The title hit the track fast, speeding to over 90 million installs in its first week. Since then, Mario Kart Tour has introduced a number of new content features, including various racers, tracks and in-game events.

Earlier this month, another new mobile game also made a massive debut as Activision’s Call of Duty Mobile bowed to 100 million installs in its first week of release. The game, which bowed Oct. 1, has not reached the 30-day period for which its first month’s performance can be tracked. 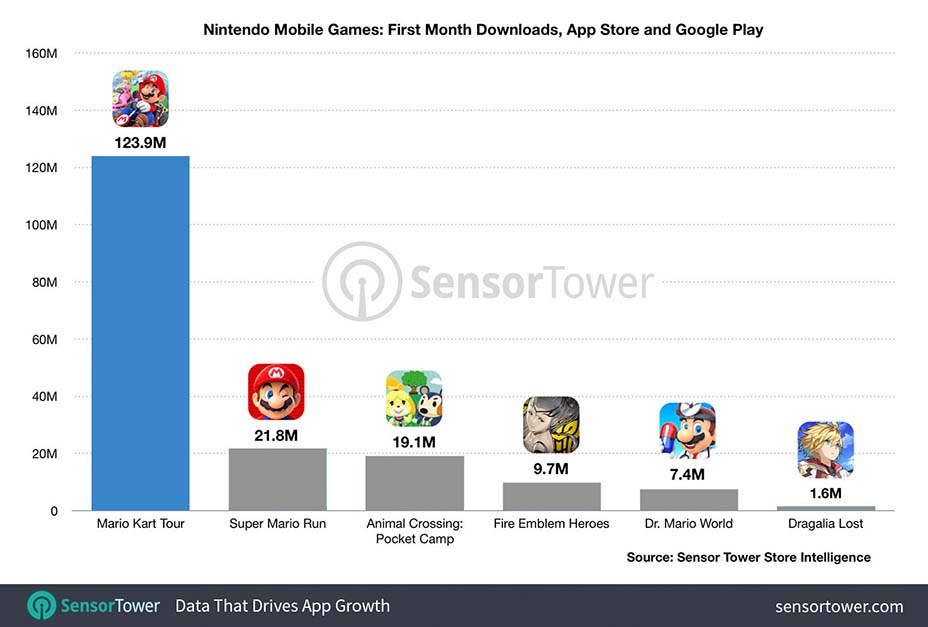