By now, Marion Cotillard is a red carpet pro on the grand steps of the Palais during the Cannes Film Festival. However, this year’s extravaganza seemed to mark a fashion transformation for the French actress.

Cotillard has traded in her ladylike aesthetic for an edgier vibe and embraced a variety of up-and-coming designers on the step-and-repeat. Perhaps her separation from Dior had something to do with it. 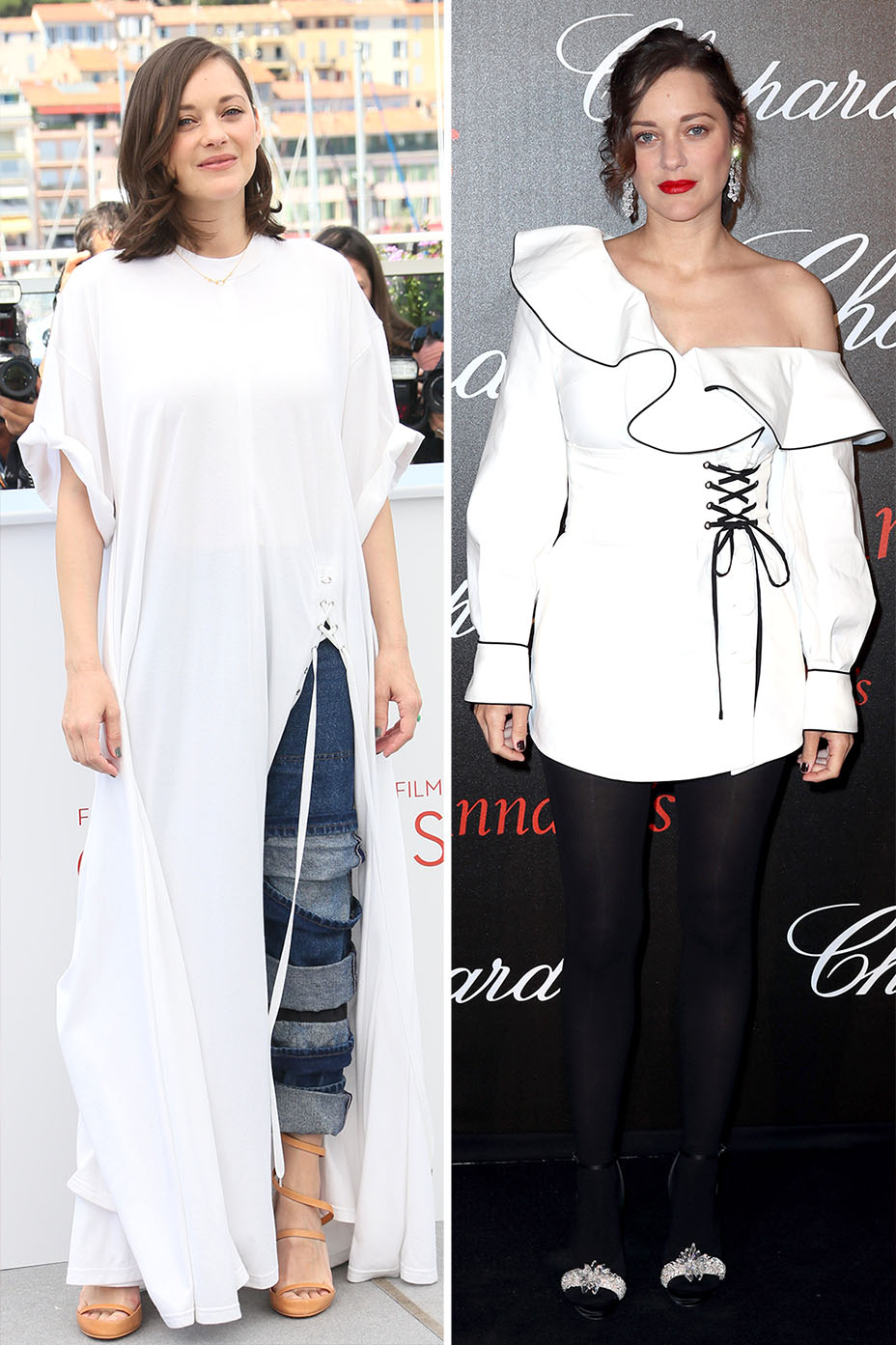 The actress first caught our attention at the fest when she arrived for the Ismael’s Ghost photocall sporting a long white jersey top and cuffed denim jeans by Antwerp-based Y/Project’s Glenn Martens. Since then, Cotillard has worn a custom sweatshirt dress that featured images of Michael Jackson, David Bowie and Prince with the words “Never Forget” by Belgium-based Filles A Papa’s Carol and Sarah Piron, and a single-shoulder belted corset tunic by London-based Self-Portrait’s Han Chong.

She also wore a custom shimmery gown with a massively long train by New York-born designer Michael Halpern, who presented his first collection at London Fashion Week in February, that made many jaws drop (ours included). 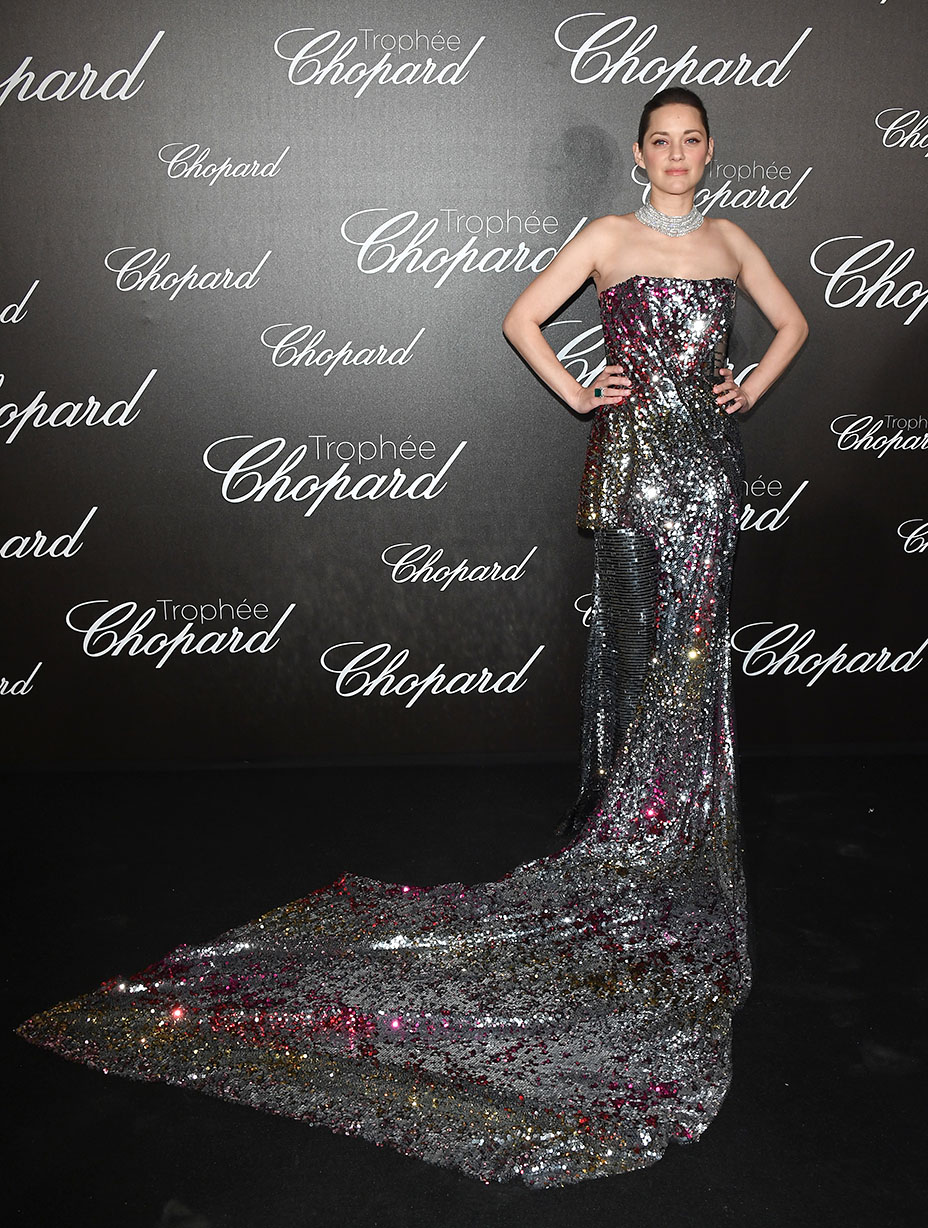 There were a number of creations — with a bit more va-va-voom — by established fashion houses, too.

For the festival’s opening ceremony, Cotillard stepped out in a strapless lace-up corset dress designed by Jean Paul Gaultier. She also wore a glittery Giorgio Armani Prive gown with a low-cut neckline and thigh-high slit that screamed sex appeal at the fest’s 70th anniversary event’s red carpet, before changing into a gilded, broad-shoulder jacket from Russian designer Ulyana Sergeenko’s Couture 2017 collection and leather pants for the Cannes 70th anniversary dinner. 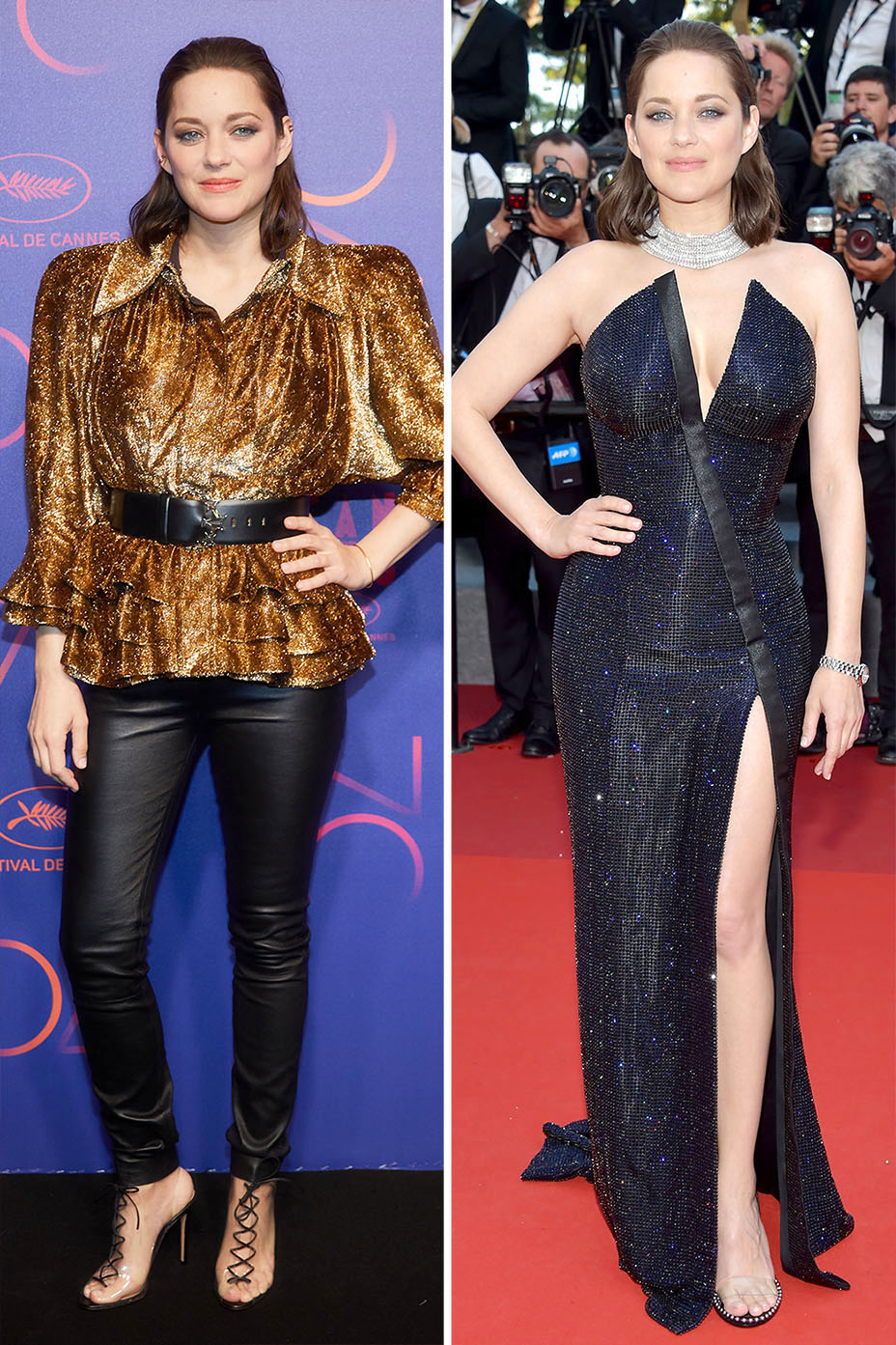 Cotillard has previously worn other designers during her contract with Dior, but her latest turn in Cannes suggested a bit more freedom and playfulness with her sense of style that’s almost reminiscent of Celine Dion’s style revival. For proof, look no further than the Instagram account of her stylist, Eliott Bliss, who’s been capturing all the behind-the-scenes moment of the actress getting ready.

Let’s hope this winning style streak continues beyond the Croisette.