After 18 years of starring in Law & Order: SVU, Mariska Hargitay is taking on sexual assault offscreen.

The star of NBC’s long-running procedural series is a producer of I Am Evidence, a new documentary highlighting the hundreds of thousands of untested rape kits in the United States. The dormant status of these kits, some of which have been left in police evidence storage rooms for decades, mirrors the pattern of how the criminal justice system has historically treated sexual assault victims. Meanwhile, perpetrators are never held accountable for their crimes.

“This is a perfect microcosm of how we regard these crimes against women in our society and ultimately how we regard women,” Hargitay tells The Hollywood Reporter of the doc, which makes its world premiere at the Tribeca Film Festival and will air on HBO later this year. “We have to change it on a systemic level because these attitudes have obviously devastating consequences.”

THR spoke with Hargitay and the film’s co-directors, Trish Adlesic and Geeta Gandbhir, about tackling the issue in a doc and releasing it in the era of Donald Trump, “a president that’s gone on record making sexual assault advances.”

How did this doc come about?

ADLESIC Mariska Hargitay, through her role on SVU, has received letters from survivors, so she started the Joyful Heart Foundation. As she learned more about the backlog, it became the top priority of the foundation. Part of the mission was to make a documentary film as a tool to shed light on these issues and to create laws and protocol for law enforcement so that this could be handled better for the best care for survivors.

HARGITAY When I found out about the rape kit backlog, I was so incredibly outraged — I actually thought my head was gonna explode. This is a perfect microcosm of how we regard these crimes against women in our society and ultimately how we regard women. This vast, ignored stockpile of evidence from violent crimes committed predominantly against women — it exists because of this victim-blaming attitude that’s so pervasive in our society. It’s just not a small group of people making bad decisions; it’s so deeply engrained and entrenched in our thinking. What was she wearing? Why was she out so late? You can hear from the men in the film that it’s almost normal and acceptable. We have to change it on a systemic level because these attitudes have obviously devastating consequences.

GANDBHIR Trish and Mariska worked together before, and I had also worked with Trish. We’ve both focused a lot on social justice issue films, and this one was right up our alley. The topic covers systemic and structural racism, it covers prejudice against women — basically, it’s a public safety issue. There’s so much ensconced in this topic that the public needs desperately to know about. 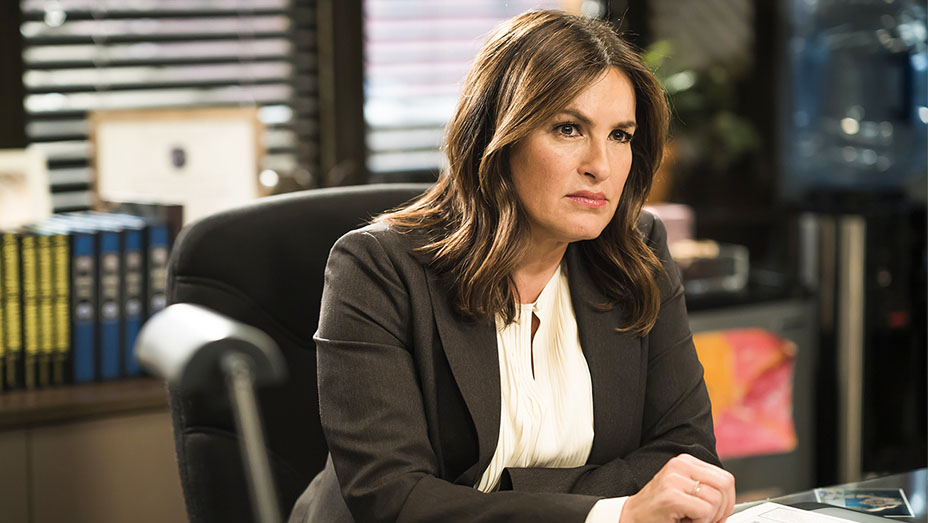 What was the biggest struggle in making the movie?

HARGITAY Figuring out the structure and trusting that the story emerges. I’ve worked in scripted television for years, but the puzzle of unscripted makes it a living, breathing entity all on its own. Where do you begin? Do you tell the historical story of the backlog? I knew I wanted it to be a survivor-centric movie and have these women’s voices heard. It was exciting and not like anything I’ve ever done.

GANDBHIR The first backlog broke in New York City in the late ‘90s, so it’s been an evolutionary process with jurisdictions starting to look and count over the last 15 years. There were many cities getting involved, but just a few were up and running on the issue in different ways: Cleveland had all of the financing in place to tackle their backlog, Detroit created a campaign to raise funds to enable a task force, and Los Angeles tested their kits but it appeared there wasn’t a whole lot done in terms of the findings. We examined through the survivors and the heroes on the ground to see what their cities were doing in the trenches to fix the problem.

How do you feel about the timing of the doc’s release?

ADLESIC I remember so many people said, “You don’t have to worry about this film. Hillary Clinton’s going to be the president and she’s got your back. Why would anyone need to see this film?” And to our great horror, we’ve elected a president that’s gone on record making sexual assault advances. It’s shocking. We’re going to be aggressive with showing the film everywhere and working hard with the states to pass legislation and continue the Sexual Assault Kit Initiative. Congress passed it in 2014, and it gives funds annually to jurisdictions to test kits, work on cases and end the backlog. But that funding potentially could be under threat.

HARGITAY We’re in a very scary and heartbreaking situation right now, and we need to hear women’s voices and stories now more than ever. I hope viewers will take away an understanding of the degree of courage that it takes for the survivors to tell their stories, and I want them also to know that they play an important part in bearing witness to these survivors’ stories. That’s what we need to do: support them, stand together and demand change.