Nearly a decade ago, writer Mark Millar and artist Frank Quitely unleashed Jupiter’s Legacy, an ambitious, intergenerational superhero story that explored family drama, the fate of the world and much more. In the years since, Millar has published a Jupiter’s Legacy spinoff and sequel, and executive produced a TV adaptation, due out May 7 on Netflix.

“When I started Jupiter’s Legacy in 2012 I had a very simple plan. I just wanted to write the biggest superhero story of all time,” Millar says in a statement. “It starts in the ’20s and runs through to the present day, but the next volume (book five in the series) moves everything forward one generation as Chloe and Hutch settle down and get married and have a family of their own. The world’s been fixed, the superheroes now working in tandem with the human race to create this perfect society, but people are still people and it doesn’t take long for the family feud to move forward one generation.”

Readers of Jupiter‘s Legacy know that the world’s first superhumans gained their powers decades ago after visiting a mysterious island. The new installment will go back to 1929 to answer big questions lingering since the beginning.

“What actually WAS that mysterious island they were called to all those years ago? This place didn’t exist on any maps and there it was in the middle of the Ocean. Why did they come home with super-powers? What’s the big idea behind this entire series and how does it conclude? We’ve done the past, we’ve done the present and Requiem takes us into the future to finish this book epic tale with a twelve-issue series starting in June,” says Millar. “The show launched May 7th so people will be licking their lips to see what happens next.”

Millar is one of the most successful and prolific comic book writers of the past 20 years, with his work at Marvel inspiring giant films such as The Avengers, Captain America: Civil War and Logan, while original Millar concepts such as Kick-Ass and Kingsman have launched their own film franchises.

Yet for Millar, Jupiter’s Legacy remains a cut above.

“Jupiter’s is my own personal favourite project out of everything I’ve ever done. It’s all I’ve ever wanted to write in a single superhero project and these ideas have been building for years in me,” says Millar.

The writer also has praise for his Jupiter’s collaborators, past and present.

“The artist on this volume is the incomparable Tommy Lee Edwards and like Wilfredo Torres on the ’50s era and Frank Quitely on the present he just delivers in spades here, showing us a comic-book future like nothing we’ve ever seen,” says Millar. “He’s always been one of my favourite artists and this is the best work of his career. My co-creator Frank Quitely has done a special variant cover here too, which is pictured in the article. How can I best sum up a feuding superhero family with the world watching in awe? Succession with super-powers, I guess. This one is a beaut!”

The Jupiter’s Legacy TV series is just one in a number of Millar projects in the works at Netflix, which purchased the writer’s company, Millarworld, in 2017. Other adaptations in development include an American Jesus series, as well as films based on the titles Empress, Huck and Reborn, starring Sandra Bullock.

Read on for an exclusive preview of Jupiter’s Legacy: Requiem. 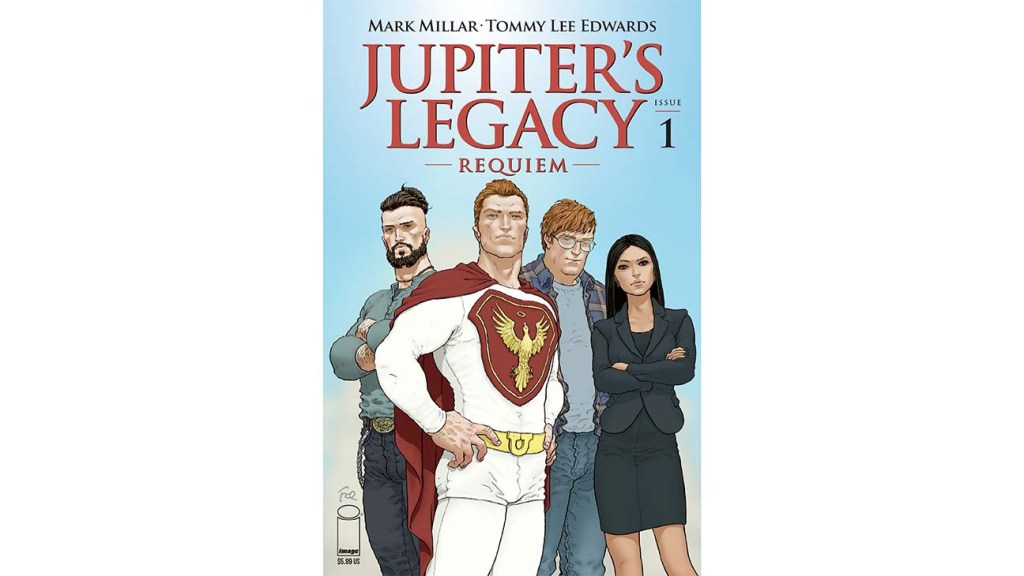 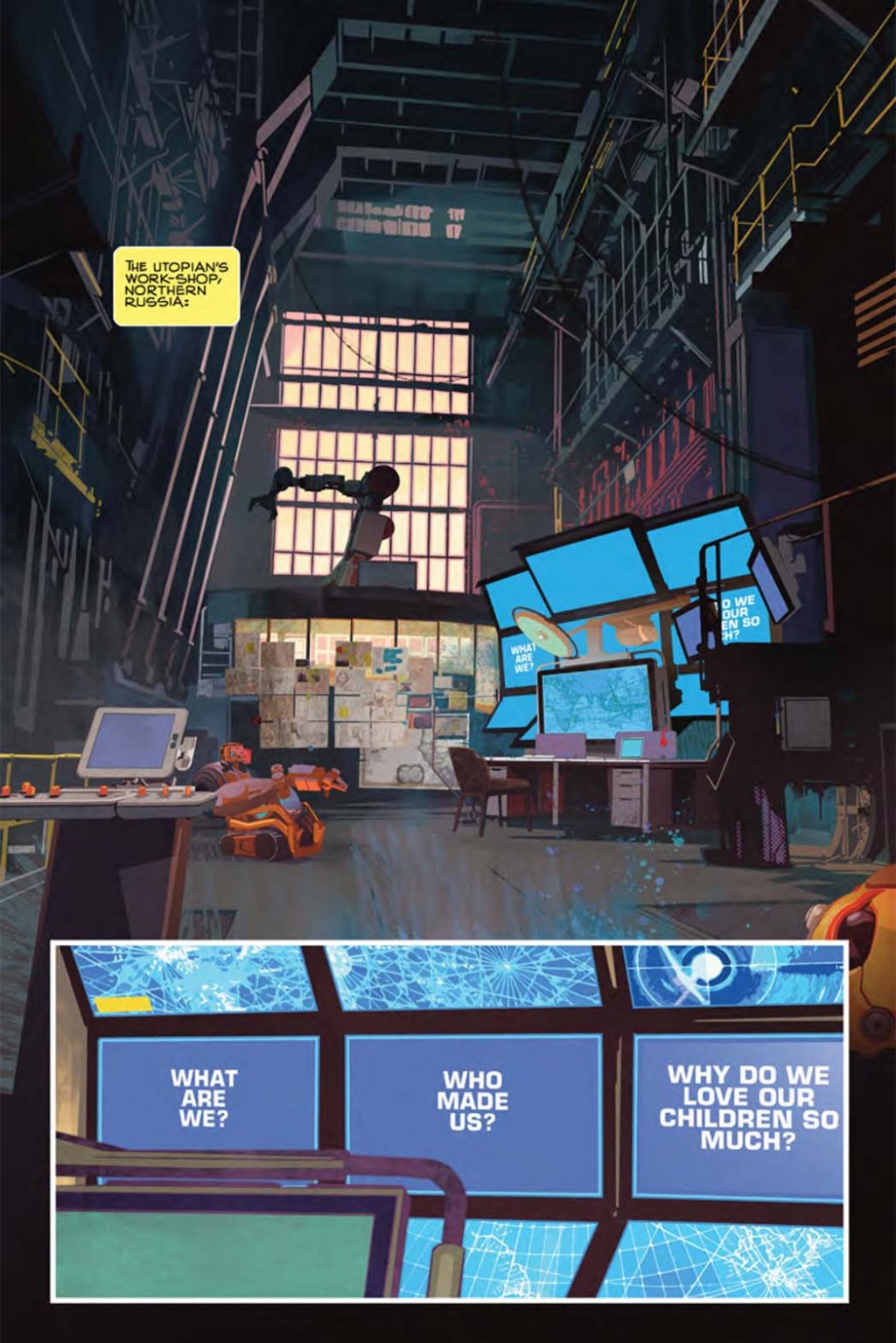 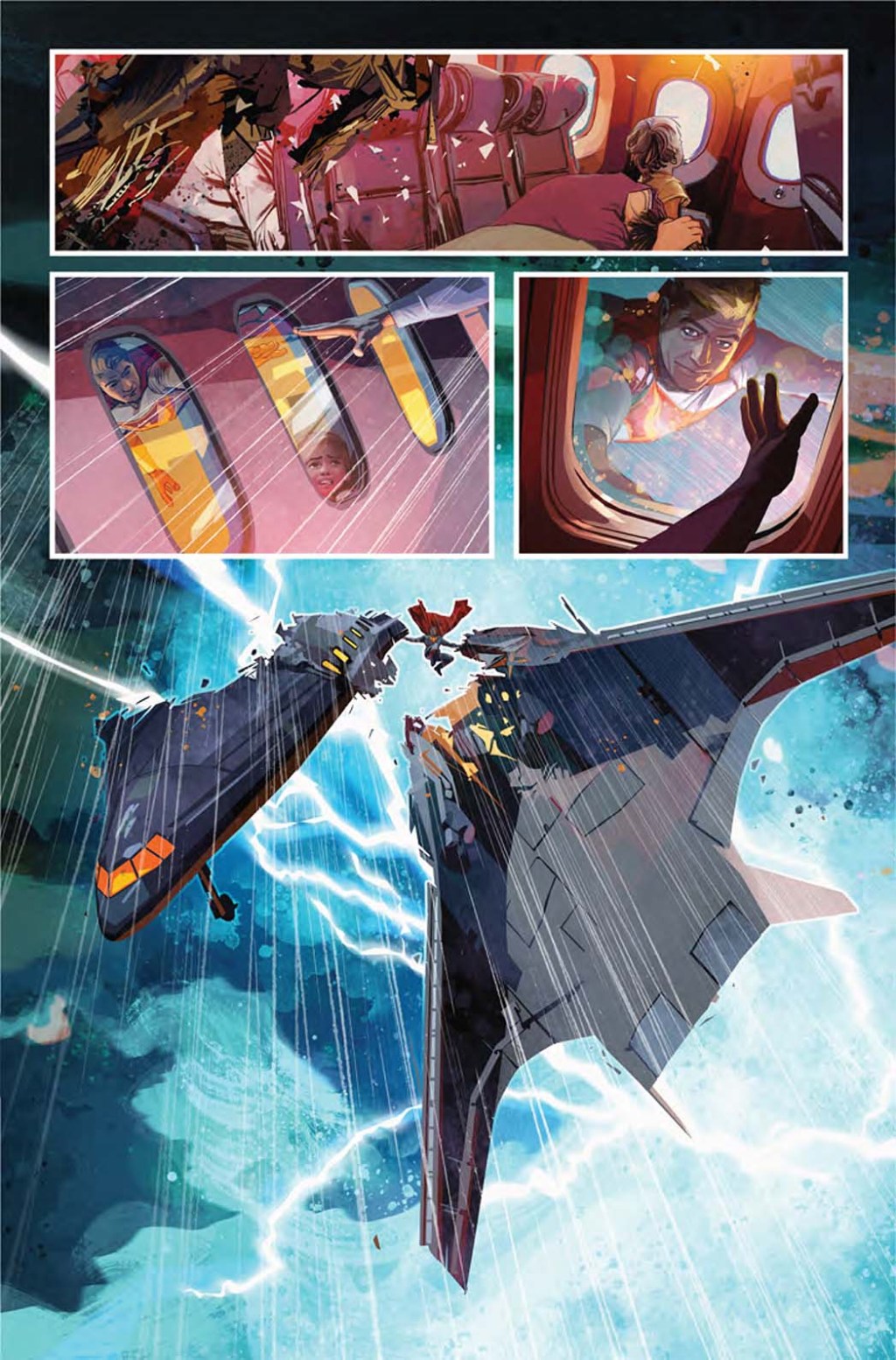 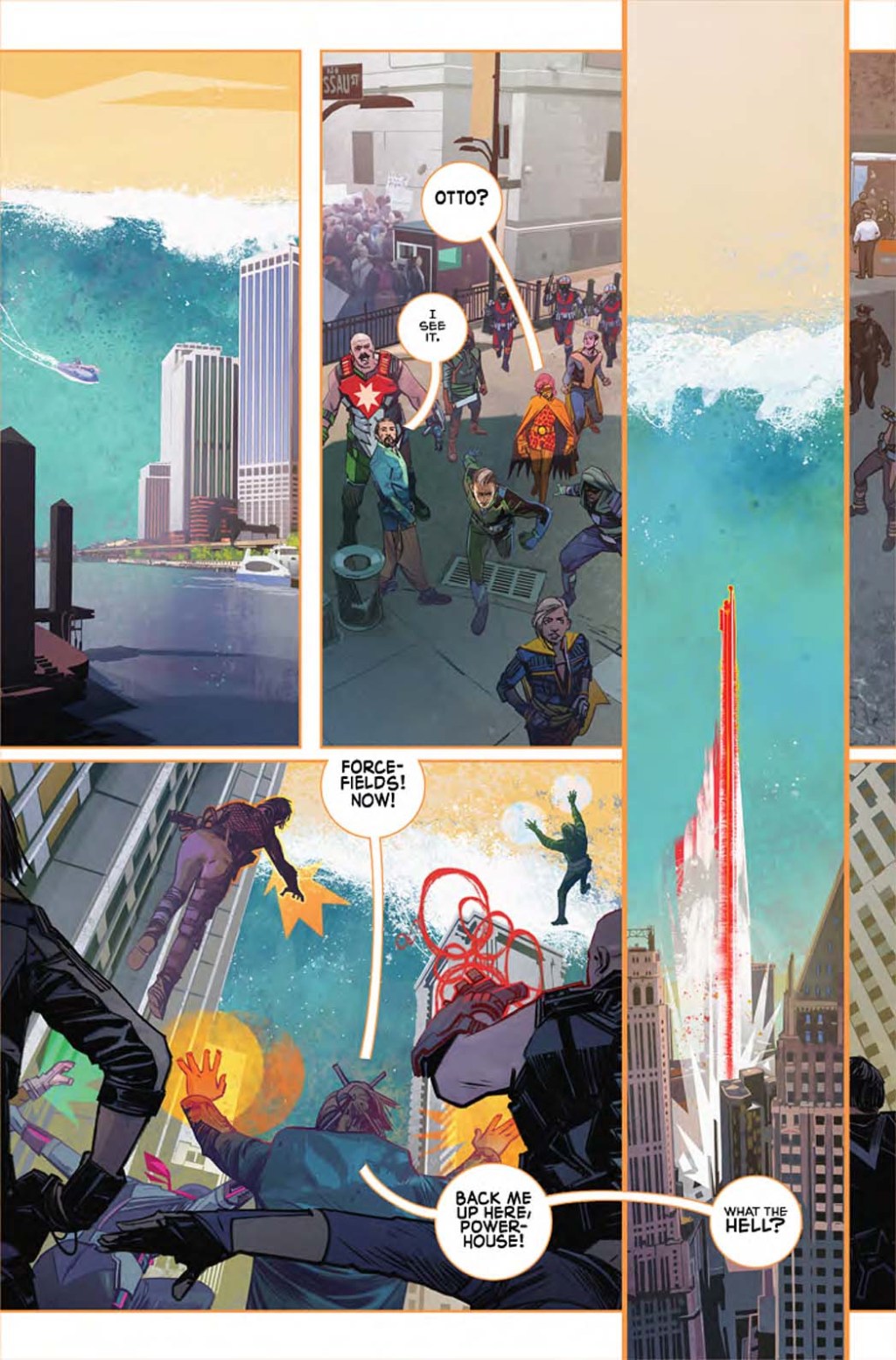 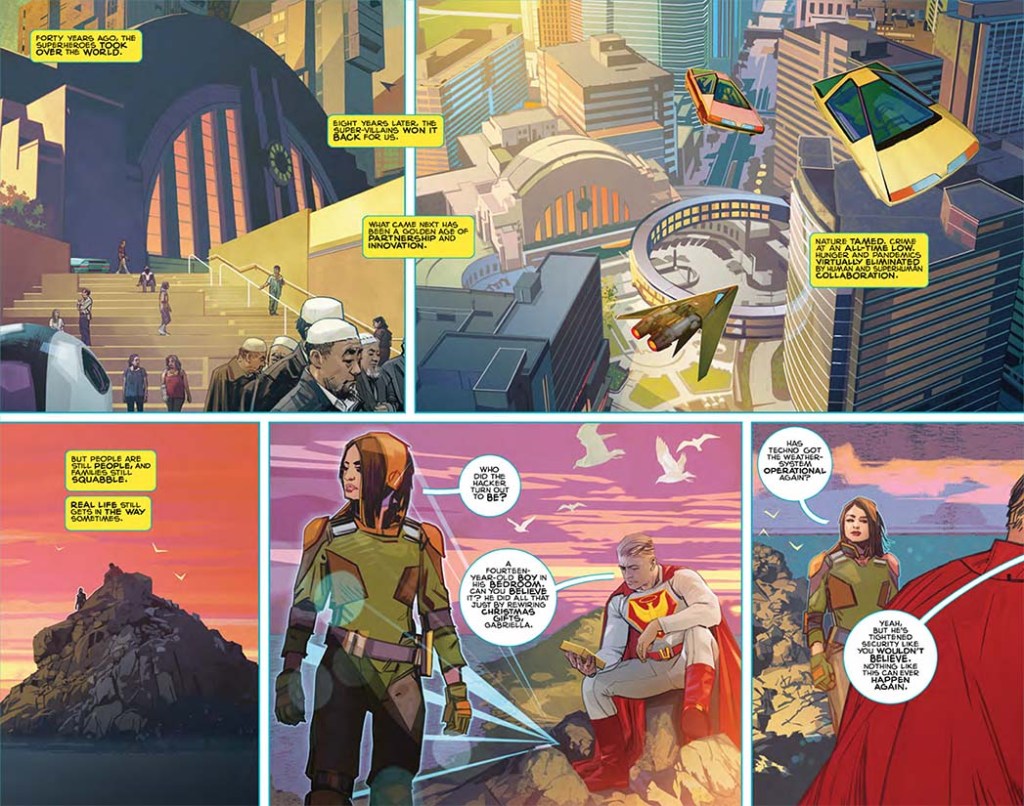 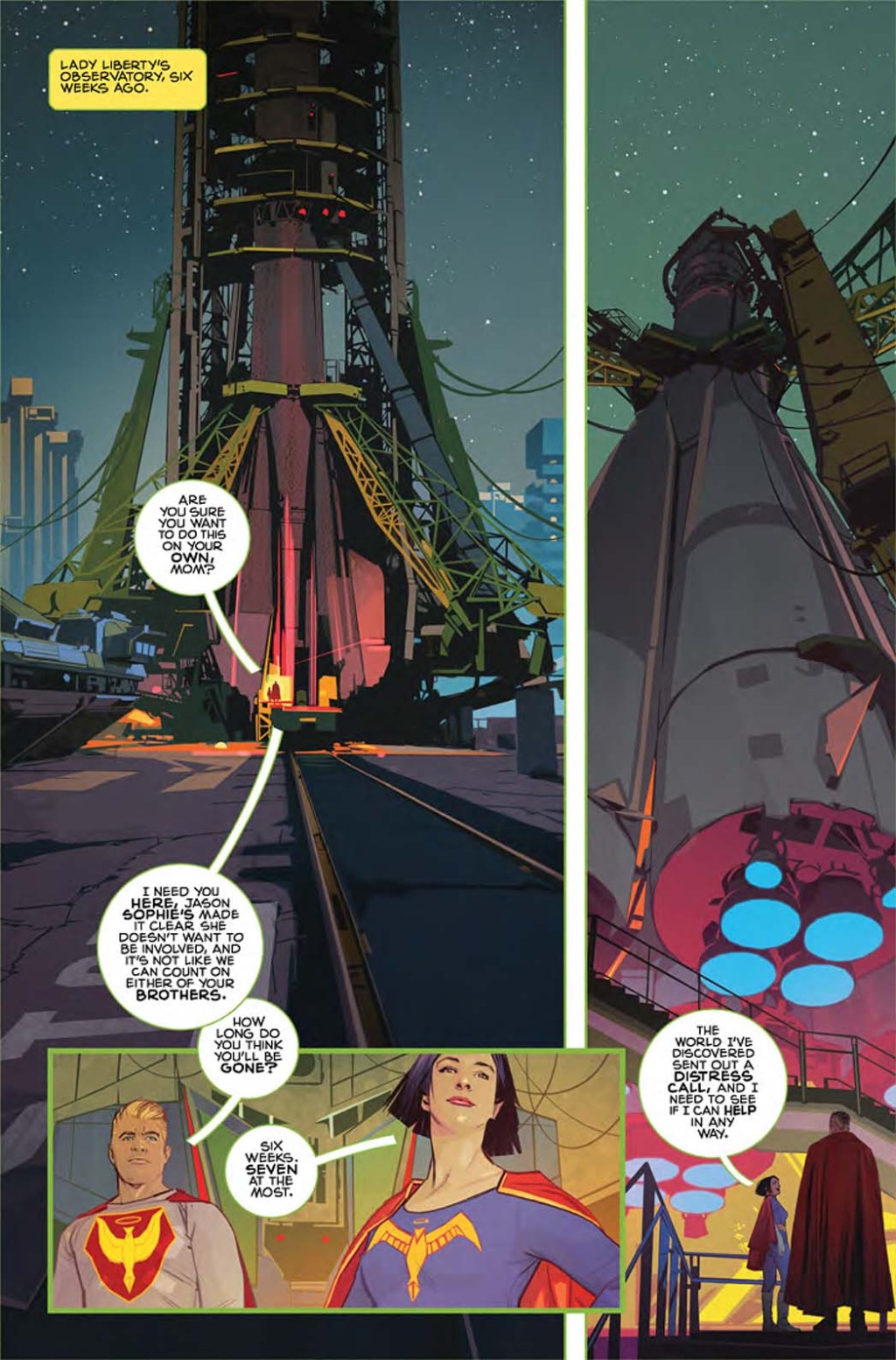 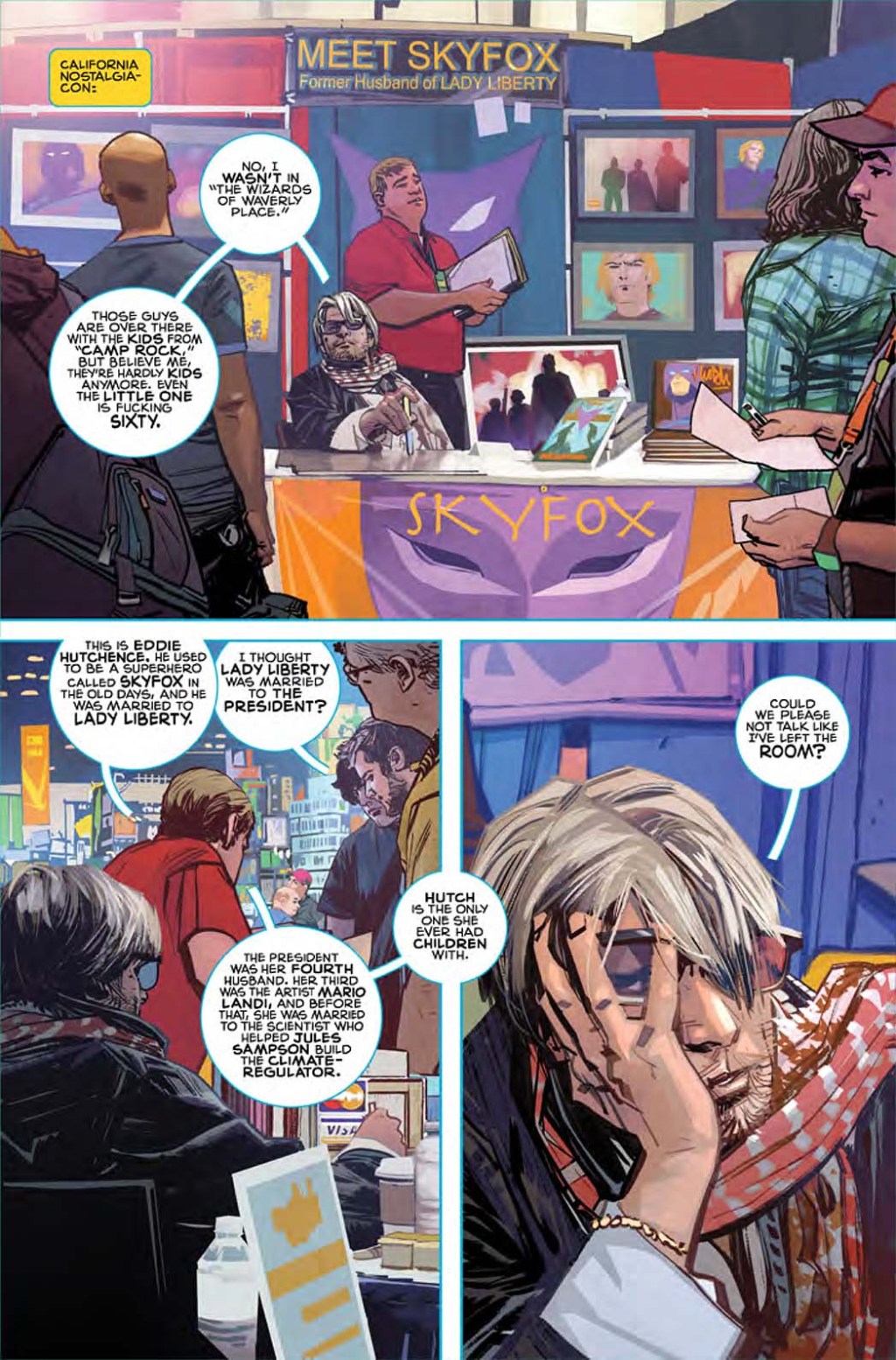