The Silicon Valley magnate, infamous for his his awkward, strained mannerisms (and occasional sweat) whenever he finds himself in the spotlight, swapped his signature gray t-shirt for a suit and tie for his first hearing on Tuesday afternoon. But don’t call him Justin Timberlake just yet — Zuckerberg’s slate blue suit and micro-patterned periwinkle tie were a far cry from suave. Rather, his look was somber reflection of the position in which he and his company have found themselves after it was revealed that the personal data of 87 million users were obtained without their explicit consent. 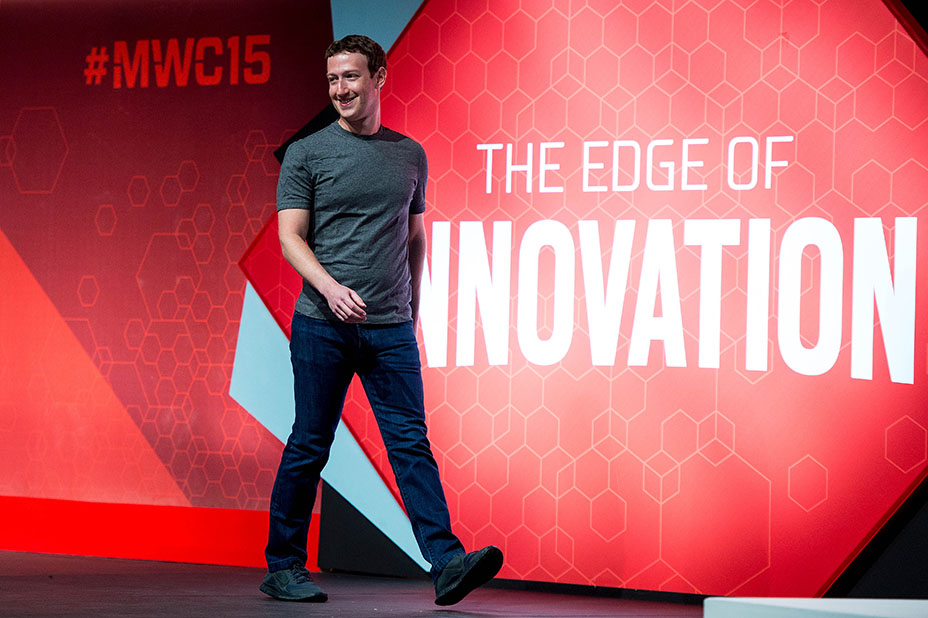 Zuckerberg’s curly locks — memorably portrayed as a messy mop when Jesse Eisenberg played him as a socially inept tech genius in the 2010 film The Social Network — were shorn short, allowing his wide and expressive eyes to pop as he fussed with his water glass.

His ensemble brought to mind another Capitol Hill regular: Barack Obama. The 44th president’s go-to look was a navy suit with a light blue tie. By contrast, President Donald Trump prefers a red tie. Is Zuckerberg’s look a nod to the former commander in chief? We’ll probably never know. 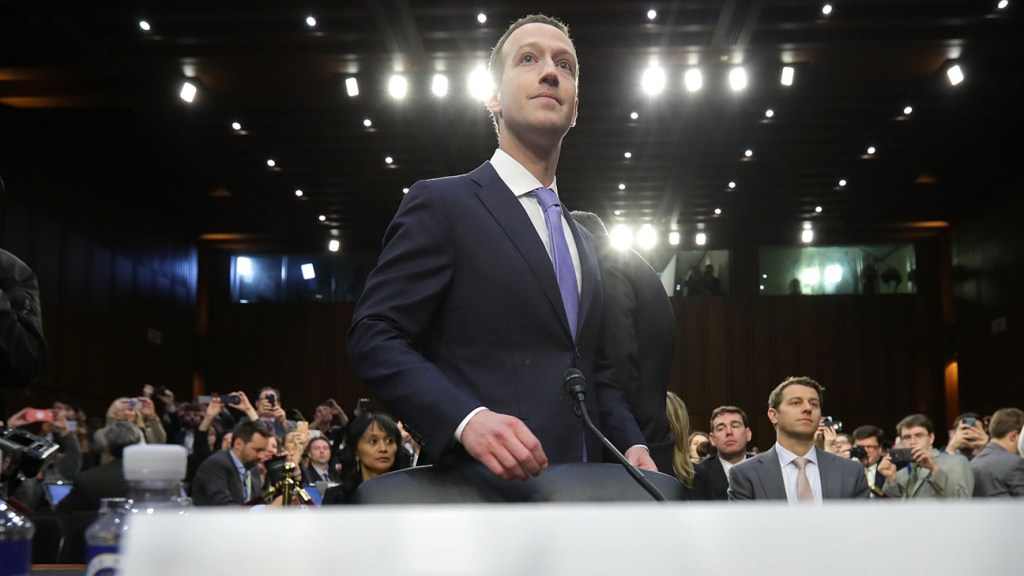 Though his tried-and-true tee/hoodie uniform has become a bit of a calling card for The Zuck, he has jazzed up his look in the past. After the start of the recession in 2008, Zuckerberg wore a tie each day to the office “to signal to everyone at Facebook that this was a serious year for us,” he wrote on his Facebook page. “Great companies thrive by investing more heavily while everyone else is cutting back during a recession. But great companies also make sure they’re financially strong and sustainable. My tie was the symbol of how serious and important a year this was, and I wore it every day to show this.”

While it was widely expected that Zuckerberg would arrive in his best business professional ensemble rather than his California casual attire (or dungarees, as Larry Kudlow speculated), the particular choice of a steel-blue suit — just a few shades off from Facebook’s own indigo color — may have been a nod not only to the gravity of Facebook’s situation and Zuckerberg’s desire to be taken seriously, but also to his diplomatic hopefulness.

“Facebook is in an idealistic and optimistic company,” he told members of Congress before accepting culpability for the data breach. “It was my mistake, and I’m sorry. … Now, I’m committed to getting this right.”

President Trump Is Not Invited to the Royal Wedding