HBO’s Sharp Objects, adapted by Marti Noxon from Gillian Flynn’s debut novel, is a gripping small-town whodunit that soon reveals its real mystery to be its protagonist, Camille Preaker (Amy Adams). A functioning alcoholic with a litany of self-inflicted scars, Camille reluctantly returns to her Missouri hometown to report on a series of murders and is soon drawn back into the toxic web of her own family, including mother Adora (Patricia Clarkson) and mercurial half-sister Amma (Eliza Scanlen).

The 53-year-old showrunner, who just signed a rich four-year deal with Netflix (she made her 2017 feature directorial debut, To the Bone, for the streamer), discusses the challenge of writing Objects‘ twist ending and the need for more “great woman” movies.

What has the reaction to the show been like for you?

It’s been really gratifying because when you’re in the process of production and post, you don’t know whether the dream you’ve all shared is going to translate. People really connected with it, and with different parts. Gillian [Flynn] writes such multifaceted stories, so while it’s a traditional mystery in one respect, it’s also very much about women and generational violence. And [it was]exciting to see people wearing Amma costumes this Halloween!

What was the hardest part of the writing process?

Definitely wrestling the ending into submission. The last two episodes were tricky to plot, tricky to write, tricky to figure out how to mete out information. The book is unconventional in that it feels like it ends a few times. The tricky part was, how long do we want people to know the truth about Adora? How long do we want to stay in that house, in that kind of fever dream? I just had a really strong impulse that the last line of the series should be “Don’t tell Mama,” which meant that we left out some stuff that happened after that. A few people question why we did that, but it felt like the right choice. 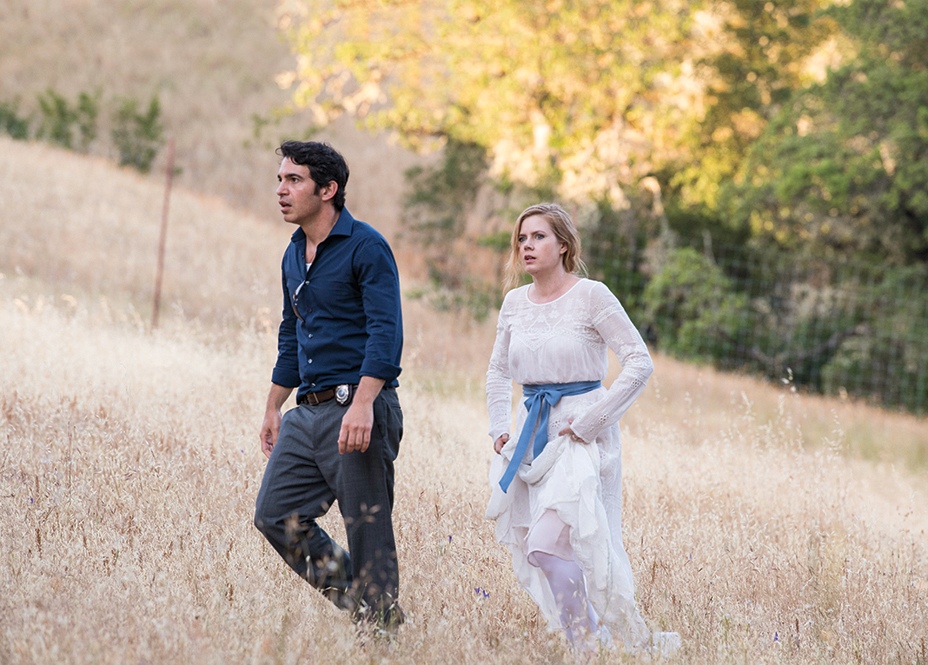 Amy reportedly isn’t keen to play Camille again because it was such a dark role. Did you and she discuss that during production?

Yeah, we acknowledged that it was difficult. She had to live in this character for a good long time — and at least in terms of story, for much longer than she’s used to, because it was eight hours instead of two. But Amy’s so expert at investing in a character enough, and yet not taking it home with her. She’s such a balanced, smart person that she could invest in it, but also let it go.

Sharp Objects has a timeless quality to it, but how would you say it resonates in 2018?

We’ve been besieged by really hateful language, and the power of denial. I think the sort of gaslighting that’s going on in the show really does reflect the times we’re in, where you know you’ve seen something, you know that there’s a reality around you, and yet you’re told over and over that what you know isn’t true. Even though it’s not a political show, it’s about this whole town covering up the truth and denying the truth, and sometimes it feels like we all live in that town!

I’m writing a movie about Lucy McBath, who just won her seat for Congress in Georgia. The story I’m telling is her entry into activism after her son was shot in a Stand Your Ground shooting, so it’s about moms demanding action and the movement toward gun sense. I met her a couple of years ago and have just been so inspired by her, and also by Shannon Watts, who founded Moms Demand Action from her kitchen table. I think it’s time for more “great woman” movies. We don’t get enough of those, especially this time of year! You see all the posters, and it’s like, “This guy did this! That guy did that!” How about this flight attendant [McBath] and this stay-at-home mom [Watts] who started a civil rights movement that’s changing the world? How about that story?