For the second straight year, The Marvelous Mrs. Maisel racked up 20 Emmy nominations. The Amazon breakout earned its third consecutive nod for outstanding comedy series, along with a whopping seven nominations for its actors. Like most other series, Mrs. Maisel is in limbo in terms of going back into production, but showrunners Amy Sherman-Palladino and Daniel Palladino acknowledge that they’re ready to go back when it’s safe. As Palladino puts it, “King COVID is the showrunner right now.”

The married couple, who both also earned directing nominations, talked with THR about the show’s next steps creatively, where they might be on virtual Emmy night and their favorite lockdown TV.

Are there any among the nominations that felt particularly gratifying this year?

DANIEL PALLADINO We’re the most embarrassed about the ones we get nominated for. The actors are the ones I’m always happiest about.

PALLADINO The actors are kind of on the front lines. It makes us happy that our regular cast gets nominated and occasionally wins, and it makes us really happy that people like Wanda Sykes, Sterling K. Brown, Luke Kirby and all those people come on, and we’re able to give them roles that make them shine to the best of their abilities. So that’s the most fun for us during awards season.

What would you say is the biggest pro or con about this very different Emmy season?

SHERMAN-PALLADINO I’m enjoying everyone pretending like people are going to get dressed up and bother to shave their legs when they’re going to be sitting in their kitchen.

SHERMAN-PALLADINO I’m enjoying the charade of it all. (Laughs.)The world took it back for a while, and the nominations are lovely. I think possibly just a nice postcard would be great right now. “You won, here’s 10 percent off a pizza, enjoy your life.” My favorite line was, “We’re going to make you look terrific!” It’s like, really? In our kitchen? But you do what you’ve got to do for showbiz. 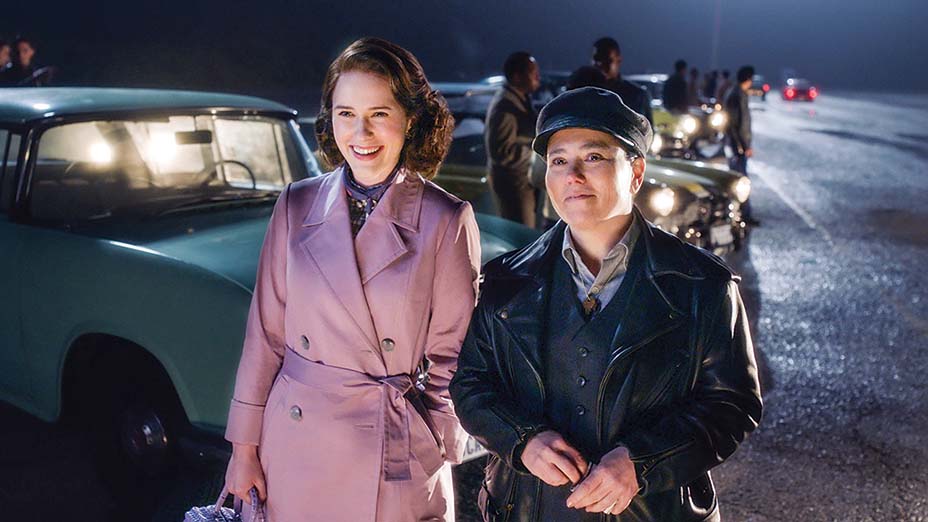 Where do things stand in terms of getting ready to film season four? You hadn’t started before the shutdown, correct?

PALLADINO King COVID is the master of us all right now. It remains to be seen whether productions are going to be fully running before there’s a vaccine. It looks daunting.

PALLADINO We’re scared to death, and we don’t quite know what to do. We’re all kind of in the same boat. I think it’s going to be very, very daunting. We know what happens in season four — we could write it, but none of us really knows when we’re going to be producing these things. We’re all just sort of crossing our fingers and hoping for the best.

Season three ended with Midge facing a real professional setback. Do you pick up soon after that or have some time pass between seasons?

SHERMAN-PALLADINO I think we’re going to pick up right after that. We may be doing a little jump within the season, but when we first start up we want to [stay in that time]. I mean, what’s the fun of totally destroying someone’s soul and heart and not getting to see the aftermath? That’s what comedy’s made of, soul-crushing defeat. 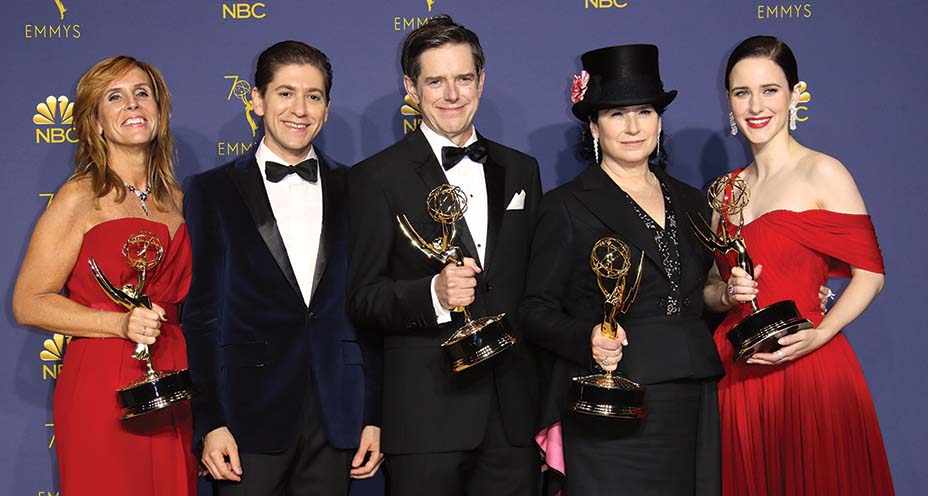 Given that your stated end point is Midge reaching the top of her profession, how do you want to seed in those conflicts along the way?

SHERMAN-PALLADINO We fucked her up pretty good at the end of this season. We’ve knocked her back a few times on the show. But that’s what show business is. It’s one step forward, two steps back — that’s the life of a comic. And let’s not forget, we’re still talking about a female comic in 1960. It’s hard enough for a female comic to get a toehold today, but forget about the ’60s when there were, like, four of them. Knocking her back is never going to be the problem. We’ve got a thousand ways to take her down. It’s following her world and her trajectory that tells us what to do with her.

Is there another show or performance you’ve caught during your time at home that really stuck with you?

SHERMAN-PALLADINO [British series] Giri/Haji! It’s the greatest thing we’ve seen in years. I just think it is unbelievably sensational, and we’ve been browbeating all our friends and family — basically, we’re not speaking to you or doing any kind of FaceTime bullshit until you sit down and watch Giri/Haji.

In 2019, Fleabag really took the wind out of Maisel‘s sails. An eight-time winner in 2018, Maisel again left with a suite of top honors last year — including best comedy series, comedy writing, comedy directing and acting nods for Rachel Brosnahan and Alex Borstein — but lost in the big race (and lead actress) to its fellow Amazon Studios offering from Phoebe Waller-Bridge. If there’s an heir apparent to Fleabag‘s thunder-stealing, it has yet to emerge. Maisel is the most nominated comedy with a gluttonous 20 mentions this year and seems better poised to reclaim its title than any rival does at stealing thunder. If there’s a wild card, it’s Insecure, Schitt’s Creek or — dare we say? — What We Do in the Shadows. — MICHAEL O’CONNELL

“Watching Midge and Susie exploring early tour stops in Las Vegas and Miami delivers a string of pure pleasures, most of all when it comes to the reliable comic sweet spot of putting Susie in uncomfortable situations, whether it’s her first time on an airplane or learning to swim. Thanks to detours back to New York, there are times when it feels like it’s Susie who’s holding together the series’ disparate plotlines, and if it turns out that the third season of The Marvelous Mrs. Maisel belongs to Alex Borstein, it’s hard to imagine any complaints.” — DANIEL FIENBERG, DEC. 4