Nothing makes you feel your age like stumbling upon a work that just a couple decades ago was a popular success on stage and then a movie loaded with star wattage, only to discover that the material now seems hopelessly shopworn. Laughter-and-tears vehicles like Steel Magnolias, On Golden Pond and, case in point, Marvin’s Room, were an entertainment staple of the 1980s and ‘90s, but now often carry a whiff of mothballs — even if they can still prove pleasurable enough as TV reruns.

That’s perhaps unfair to Scott McPherson’s 1990 comedy-drama, which is well constructed, with a deft balance of dry comedy, wisdom and pathos, and a sincere appreciation of the challenging role of the caregiver. Its rich underlay of compassion speaks of the author’s direct experiences — of living with elderly, ailing relatives, and of devastating suffering and fortifying love during the AIDS epidemic, when the play was written. (McPherson died of AIDS-related causes in 1992, aged 33, nine months after his partner.) But yesterday’s clear-eyed reflection on life’s blessings and blights can be today’s saggy, sentimental Lifetime movie manqué in the wrong hands. And director Anne Kauffman’s are definitely the wrong hands.

Marvin’s Room, for all its warmly humanistic strengths, is very much a work of its time, and the director seems unable to connect with its particular wavelength, or to navigate its relatively straightforward blueprint. The abundance of quirks feels forced when it demands a lighter touch; the emotional exchanges are flat, their intimacy suffocated in space; the pacing is sluggish; the rhythms halting and inconsistent; and the design choices are cold and ugly. 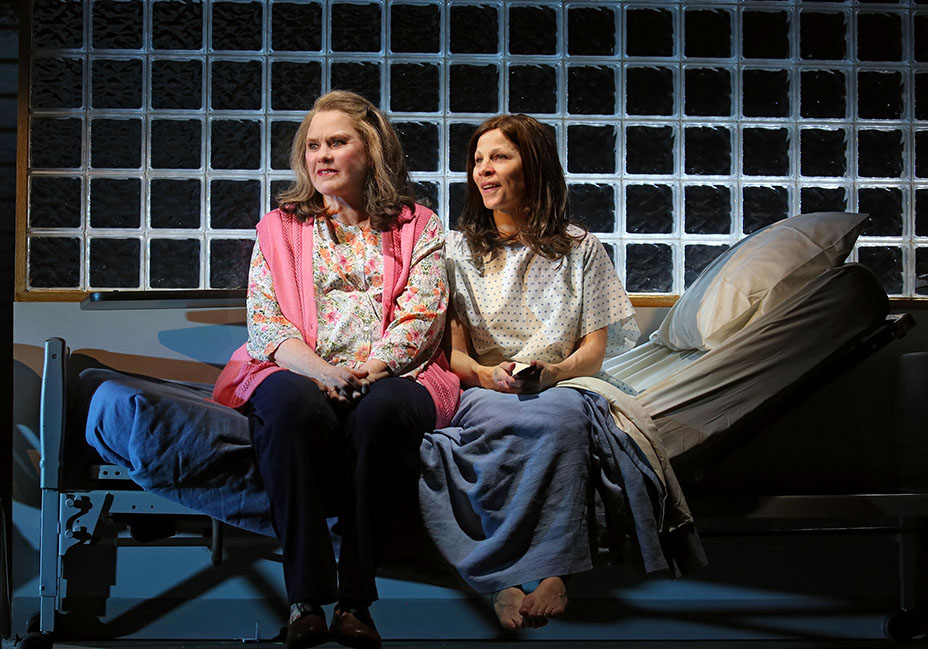 That latter aspect marks a second letdown, given that this also is set designer Laura Jellinek’s Broadway debut. Her off-Broadway work has ranged from optimum simplicity in plays like The Wolves and Small Mouth Sounds to breathtaking mechanical ingenuity in A Life, where her rotating set cleverly echoed the sneaky surprises of mortality. In Marvin’s Room, the designer gives us deadening expanses of glass brick and decorative concrete fencing in the scenes between home, hospital and juvenile psych facility, slapping everything with the same nondescript drabness. She then lurches, in a Disney World interlude late in the action, into absurdist whimsy that’s so overwhelming it engulfs the characters’ fumbling attempts to communicate their feelings.

Despite the mismatch of director and material, and the nagging feeling that this is a play meant for a cozier venue, the Roundabout Theatre Company revival does eventually muster some poignancy. That’s in large part due to the exquisite performance of Lili Taylor as Bessie, a careworn but emotionally resilient woman whose flintiness as well as her fragility surface when she’s diagnosed with leukemia.

For two decades, Bessie has lived in Florida, selflessly taking care of her father Marvin (Carman Lacivita), a muttering blur behind the translucent wall of his sickroom, where he lies in bed pitifully reduced by strokes and cancer. “Dad’s dying, but he’s been dying for about 20 years,” Bessie tells her new doctor (Triney Sandoval), in a tone that reveals no bitterness. “He’s doing it real slow so I don’t miss anything.” Bessie also has her hands full with her Aunt Ruth (Celia Weston), a chronic back sufferer whose pain-management electrode system tends to trigger the automatic garage door.

When Bessie’s fatigue is revealed to be something far more serious than a vitamin deficiency, she reluctantly contacts her cosmetologist sister Lee (Janeane Garofalo) in Ohio, breaking a long silence (this is the early ‘90s, pre-Facebook). Bessie’s hope is that either Lee or one of the two teenage nephews she’s never laid eyes on might be a match for a bone marrow transplant. Lee hauls her eldest son Hank (Jack DiFalco) out of the psychiatric treatment center where he’s been confined since burning down the house, and heads to Florida, with her younger son Charlie (Luca Padovan), a sweet, bookish nerd, also in tow. 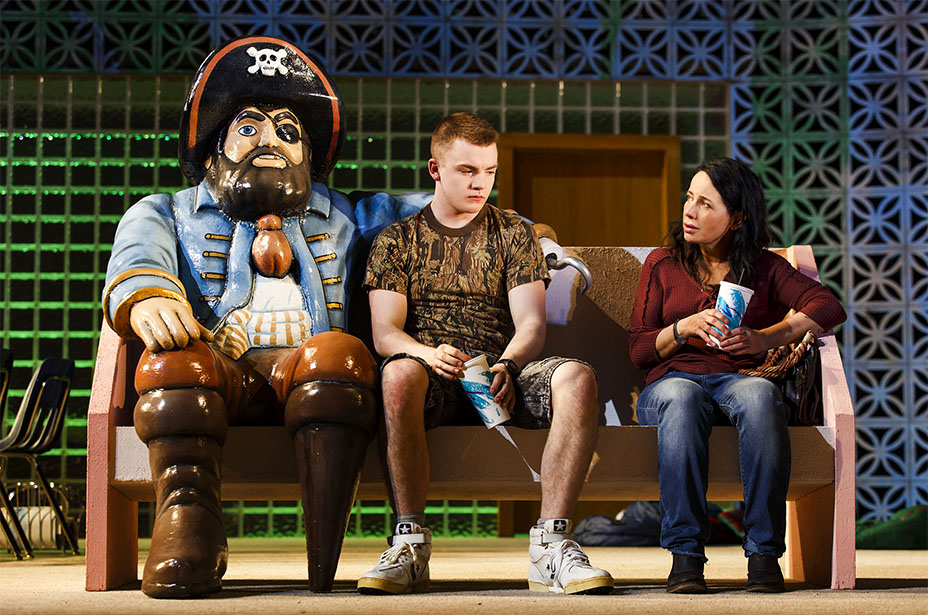 Even if you haven’t previously seen the play or the well-acted but treacly 1996 movie (with Diane Keaton as Bessie, Meryl Streep as Lee, Leonardo DiCaprio as Hank, Robert De Niro as the doctor and Gwen Verdon, in one of her final film roles, as Ruth), you can more or less see what’s coming. Self-centered Lee will get defensive about leaving Bessie to shoulder the family’s burdens for all those years; sullen Hank will swing back and forth on whether or not to get tested for transplant compatibility; and patient, understanding Bessie will communicate with her troubled nephew in ways his mother never has, possibly helping to heal the family, even if the cloud of death remains.

While Garofalo, in her first Broadway role, could have brought more bite and brashness to Lee, instead of making her mostly just sour, the cast is generally solid. DiFalco has the angry vulnerability down, registering some affecting moments, and Padovan is appealingly natural as the uncomplicated Charlie. Weston is a treasure as always, bringing soft, twinkling eyes and a disarming woman-child innocence to soap opera-addicted Ruth, who has been acquainted with pain her whole life. It’s a role that could be too cute by half, but Weston gets away with it. Sandoval, as the eccentric Dr. Wally, not so much.

It’s Taylor, however, who provides any glue the production possesses in a lovely performance distinguished by its gentleness. Her Bessie refuses to be a victim or to judge Lee for her choices, yet she occasionally flashes a brittle side that prevents the characterization from veering into sainthood. She conveys an anxious, melancholy nature, but also a serene sense of gratitude even in the face of her misfortune. And it’s that generosity of spirit that allows her to be a stabilizing influence on her sister’s fractured family unit.

All this should, in theory, pull us in close, making us care deeply about this family, their complicated connections and their sorrows. But Kauffman appears to have directed the production as if it’s playing in a snug 250-seat theater, not one three times that size. A play that resonated deeply back in its day ends up now gasping for oxygen on a stage full of dead air.