Emily Blunt has said that it felt kind of like a marriage proposal when Rob Marshall called her with an opportunity to play Mary Poppins, one of the most beloved characters in the Walt Disney vault.

“I guess it was,” Marshall said with a laugh when asked about that phone call Thursday night on the red carpet just minutes before the world premiere of his Mary Poppins Returns. “I didn’t mean it to be. I did think it was a big deal to ask her to play this role so I wanted to set it up in a sort of ceremonious way.”

Obviously, she said yes, and the result of their latest collaboration — the duo first worked together on the musical Into the Woods — was unspooled in the most fabulous of ceremonious ways. Disney spared no expense in presenting the musical, which also stars Meryl Streep, Lin-Manuel Miranda, Colin Firth, Ben Whishaw and Emily Mortimer with cameos by Dick Van Dyke and Angela Lansbury.

Hollywood Boulevard was shut down and the Dolby Theatre and ballroom (home to the Oscars and its official afterparty) were reserved for the cast, crew and guests, all of whom were treated to re-creations of London cityscapes (including original lamp posts used in the film) and an afterparty that featured costume-clad actors, jugglers, artist caricatures and displays of Sandy Powell’s original costumes from the film. There was even something money can’t buy — rain — which blanketed the city for most of the day, a fact that normally would’ve caused rampant grumbling from a crowd of Angelenos but not Thursday as it only served to evoke sentimentality for a typically damp London.

Back to that phone call.

“When I said, you know, it’s Mary Poppins, the character and the film, there was definitely silence,” Marshall recalled of his pitch to Blunt. “But then I heard her inhale with excitement. I knew that, of course, we all had trepidations and fear about how you follow that brilliant first film, but I know how fearless she is and I knew she would say yes.”

“By the end of the phone call it was a big yes,” he said with a smile.

Marshall’s longtime creative and life partner John DeLuca also had a smile on when he told The Hollywood Reporter that Marshall is a lot like the magical Mary Poppins in real life. When asked what traits he identifies most with, Marshall said it is Poppins’ optimism.

“I do connect with … looking at life through a child’s eyes, looking at life with a sense of joy and optimism,” he explained. “I honestly feel that’s how I like to proceed in my life. Some people might think its trivial or, I don’t know, reductive, or something. For me, it feels very profound to live a life that way.”

Emily Mortimer told THR that she had a profound experience while filming, one that led to her conquering two fears at once.

“I was particularly challenged by two aspects of the movie, which were the singing and the flying,” admitted the actress, dressed in a gown by British designer Jenny Packham. “I’m terrified of both singing and heights. I had to sing while suspended from a great height in this movie. Those days were quite traumatizing, but I survived and in the end, I felt quite proud. It was a cathartic experience.”

Scroll down for images from inside the event. 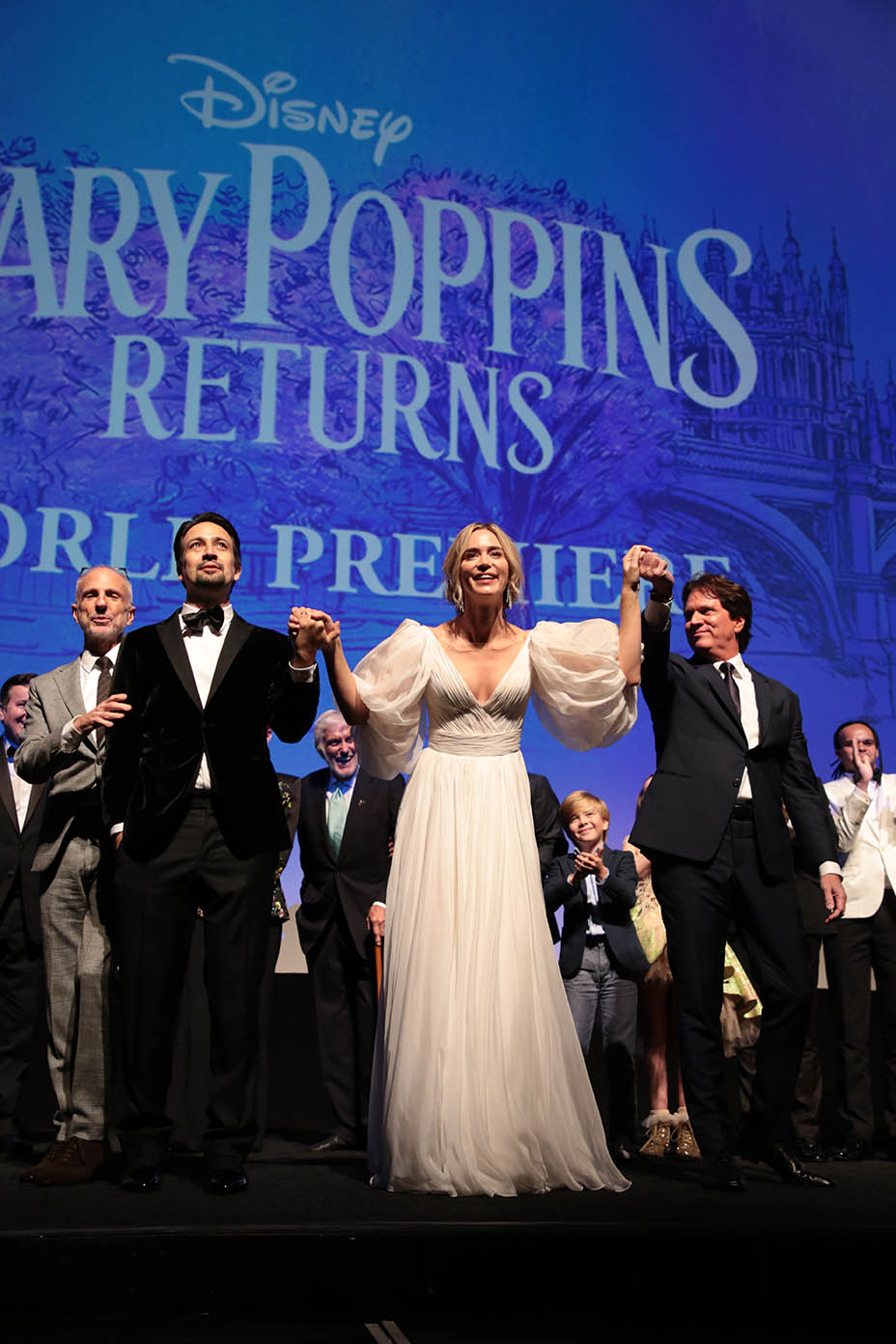 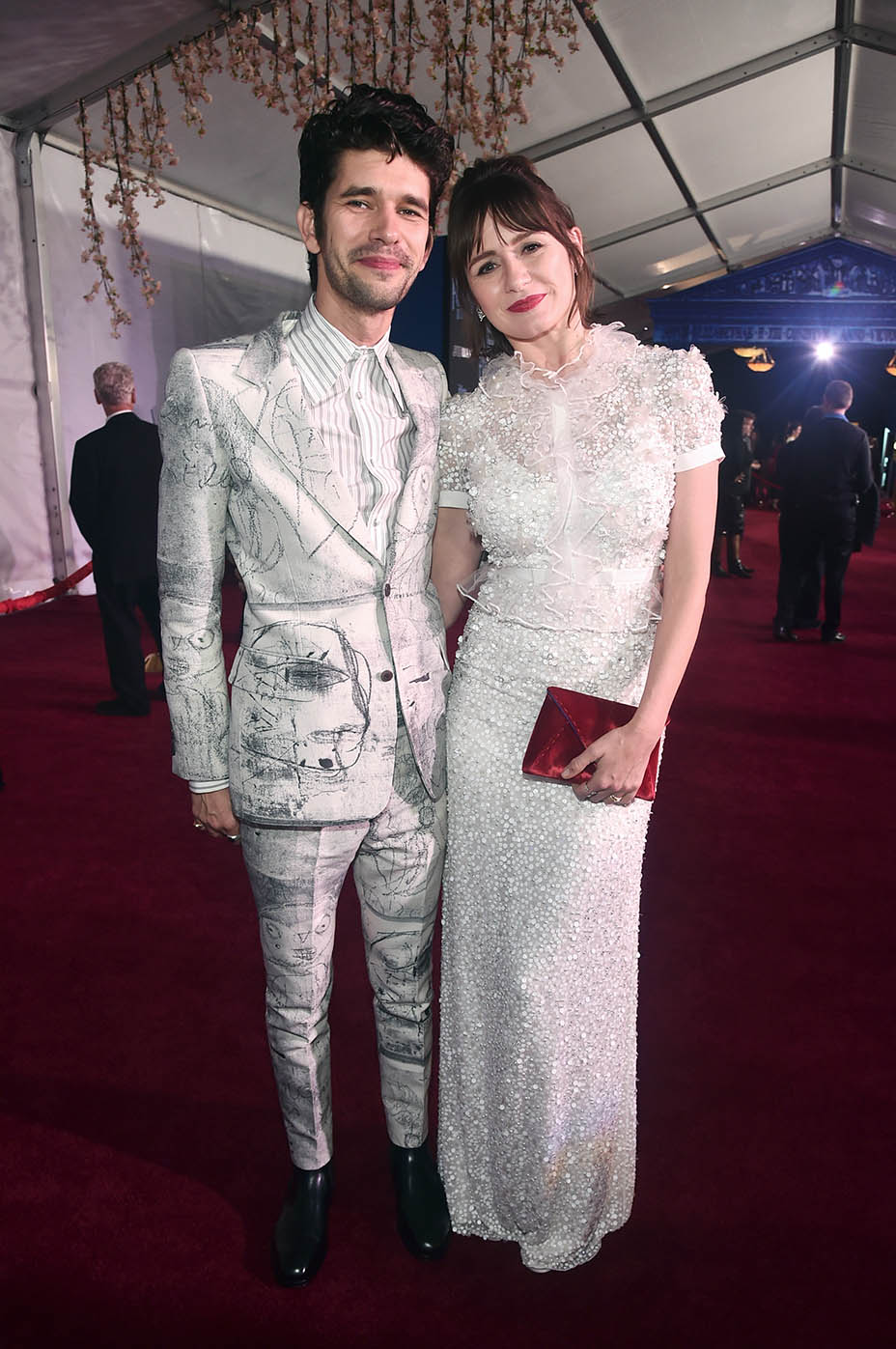 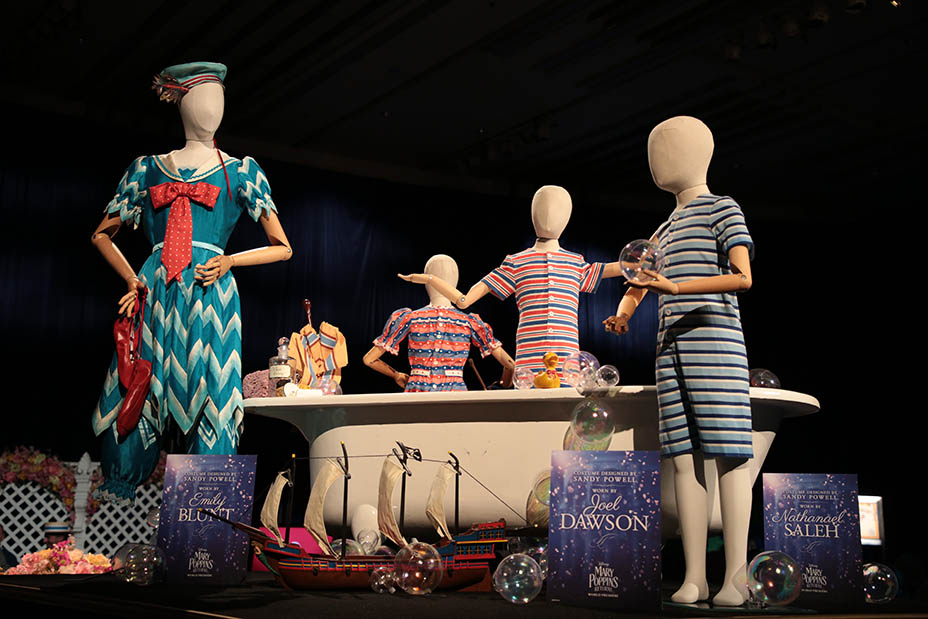 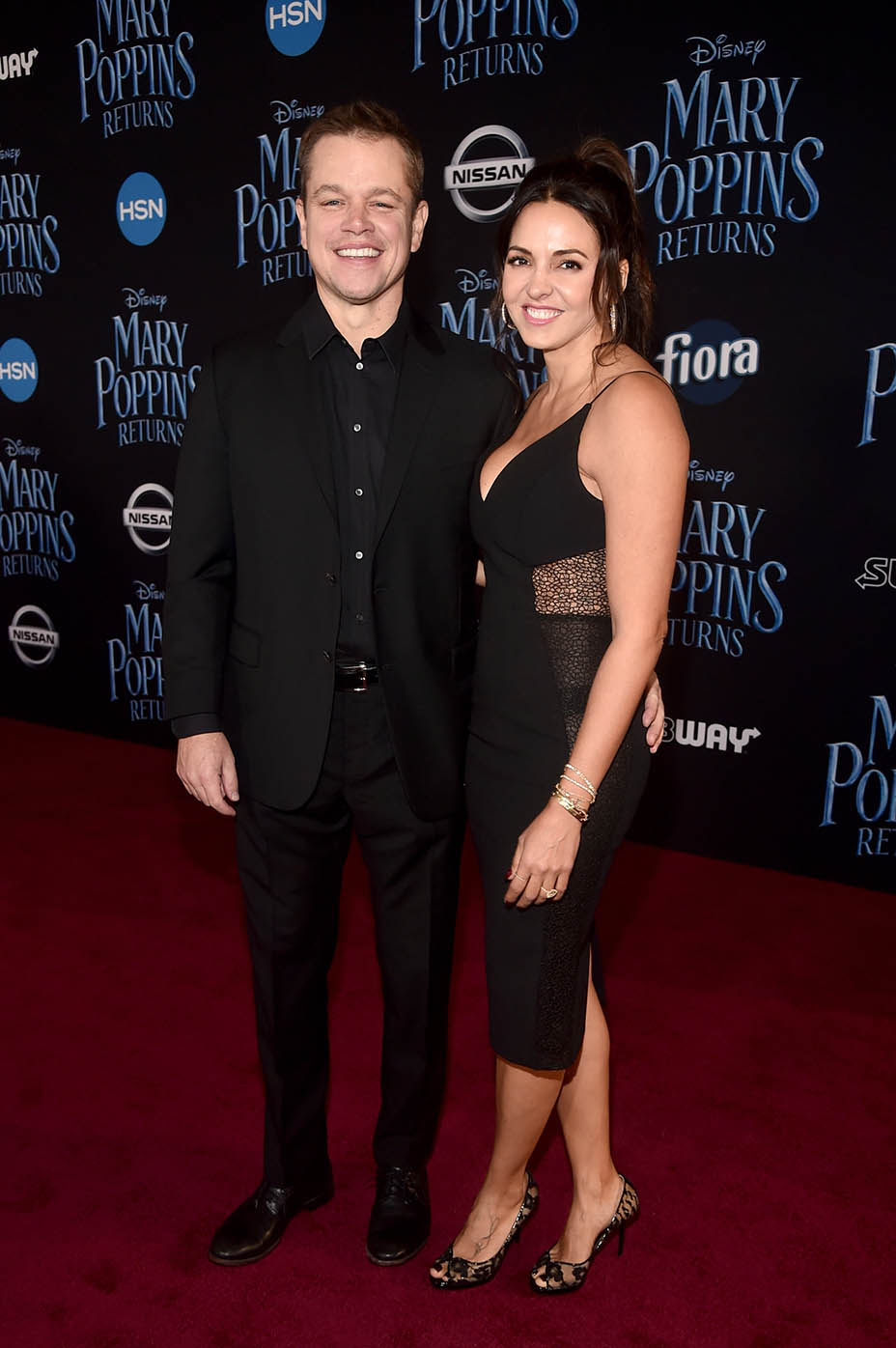 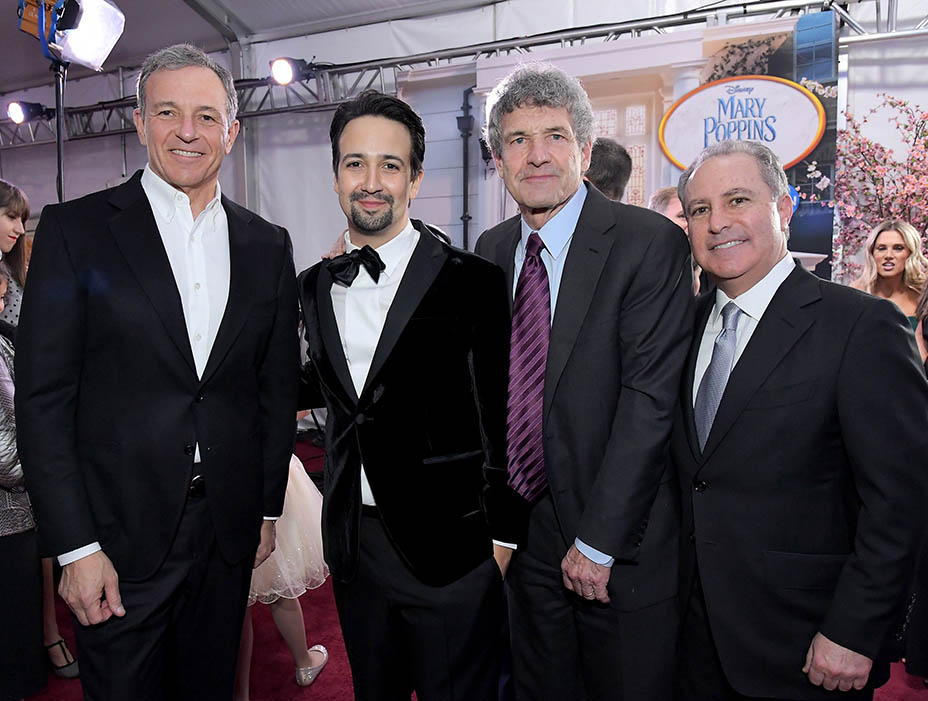 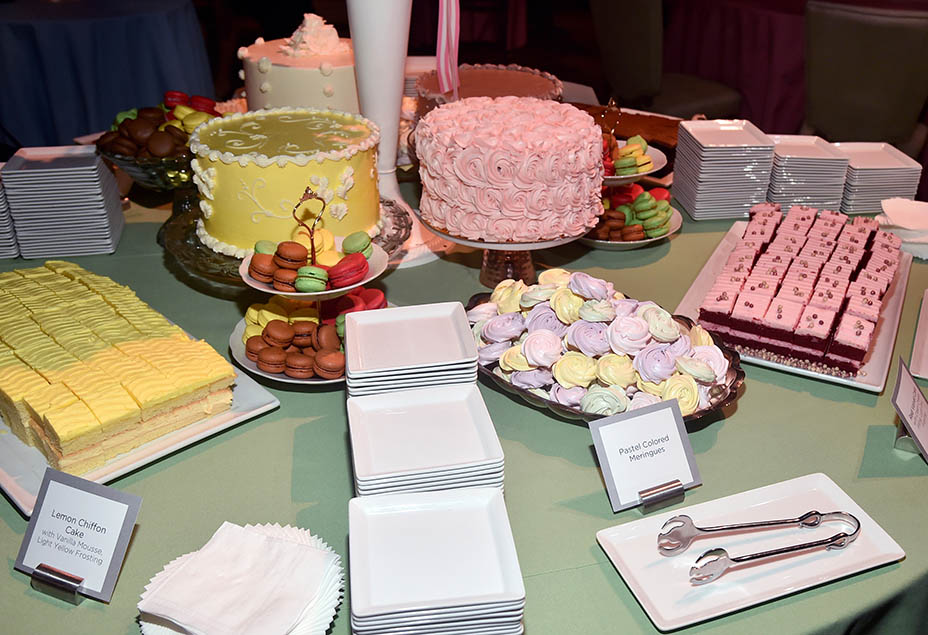 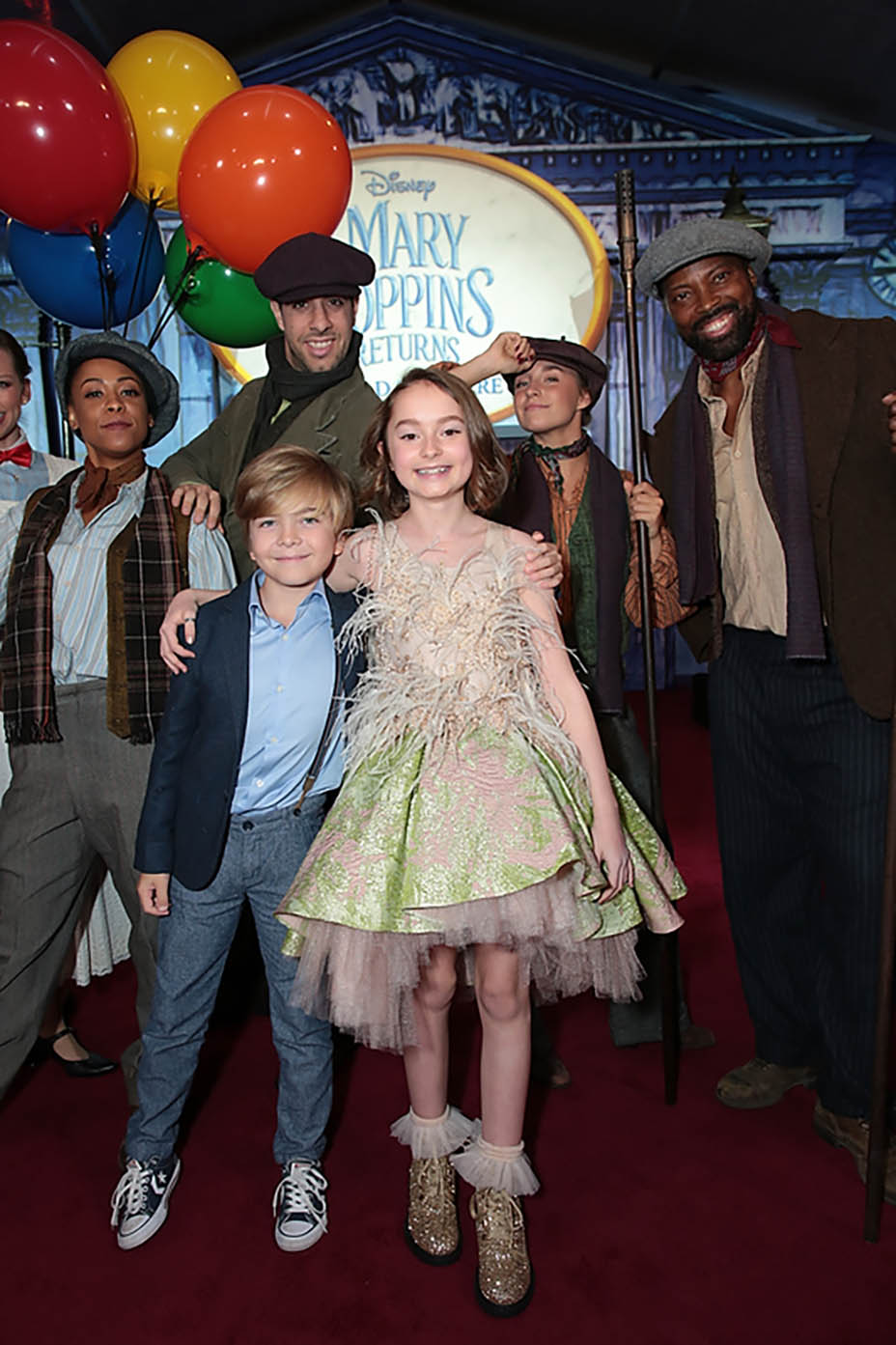 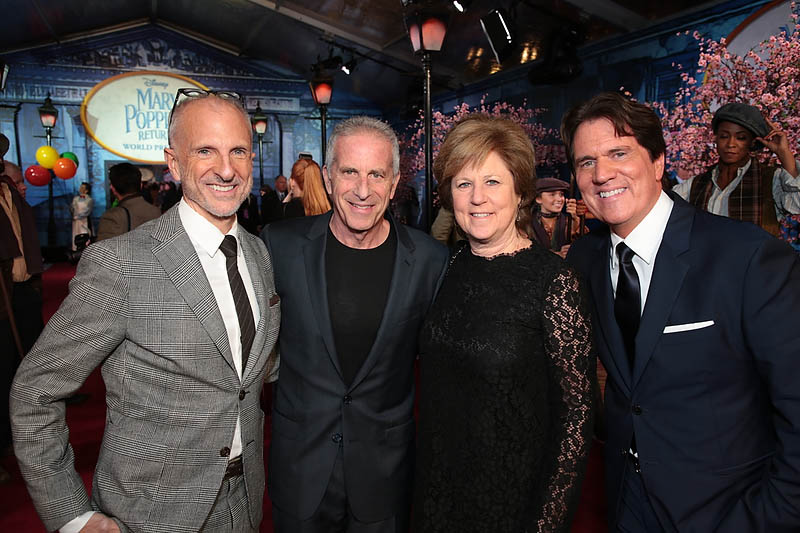