It was just six years ago that Robbie Brenner was a scrappy independent film producer who struck gold with Dallas Buyers Club, the gritty, low-budget drama that would go on to land six Oscar nominations — including one for best picture — and take home three statuettes. That film’s success was the result of years in the indie trenches, which saw the NYU film alum survive a stint with Harvey Weinstein at Miramax in the late ’90s before landing plum gigs as president of production for Ryan Kavanaugh’s Relativity Films and president of the film division for Jeff Kwatinetz’s The Firm.

On paper it doesn’t sound like the kind of experience that would prepare a producer for the branded corporate world, but that is exactly where Brenner landed in September when she took over as the head of Mattel Films, the feature division of El Segundo-based toy conglomerate Mattel.

Mattel is in a fierce battle with Hasbro for dominance of the toy market — Hasbro’s revenue for 2018 was $4.6 billion while Mattel’s was $4.5 billion, according to market research firm The NPD Group — but Hasbro has been wildly successful in the film world thanks to hits such as the Transformers movies. Mattel Film hopes to go head-to-head with Hasbro in the toy-to-film genre, and already there’s some movement. Barbie, after several years of development at Sony, moved to Warner Bros. with Margot Robbie in the lead role. Hot Wheels, too, landed at Warner Bros. after almost two decades of bouncing around town. And Masters of the Universe is getting a renewed push at Sony, where it had been in development for more than a decade. Other iconic properties to get the big-screen treatment include Uno, The Magic 8 Ball and View-Master.

It’s a long way from the indie world, but Brenner, who currently oversees a staff of four, says the transition has been seamless thanks to her genuine affection for the brand. “I grew up with so many of these toys in my home,” she says.

Brenner, who is married with two daughters, ages 14 and 10, sat down with THR to talk about the division’s new plans, partner­ing with the streamers and why the last movie she produced remains unseen.

You come from indie film. What will be your approach to these storied Mattel brands on the big screen?

I’ve always been into things that speak to me, and that’s the way I approached my filmmaking and the movies I’ve produced. It’s finding what I’m passionate about and surely what drives me. I really do love Mattel and these brands. Whether it was the Magic 8 Ball — I mean, I still shake it like, “Give me a sign today!” — or the Barbies that litter my hallways, I’ve had a lot of experience and history with these toys and dolls growing up.

Some toy-based movies ended up failing because of brand oversaturation. Barbie already has plenty of straight-to-home-entertainment movies, for example. Is that something you’re worried about?

When movies work — whether it be Into the Spider-Verse or Black Panther or Green Book — it’s all about the story, the vision, the characters. It’s just about creating something with an original, authentic voice that people want to see. That’s what we want to do with all of these — whether it’s Barbie or Hot Wheels or 8 Ball — choose the most interesting director and voice for each of these brands. And the same thing with the writers. Come up with something that’s incredibly original, four-quadrant, that reaches the widest audience. 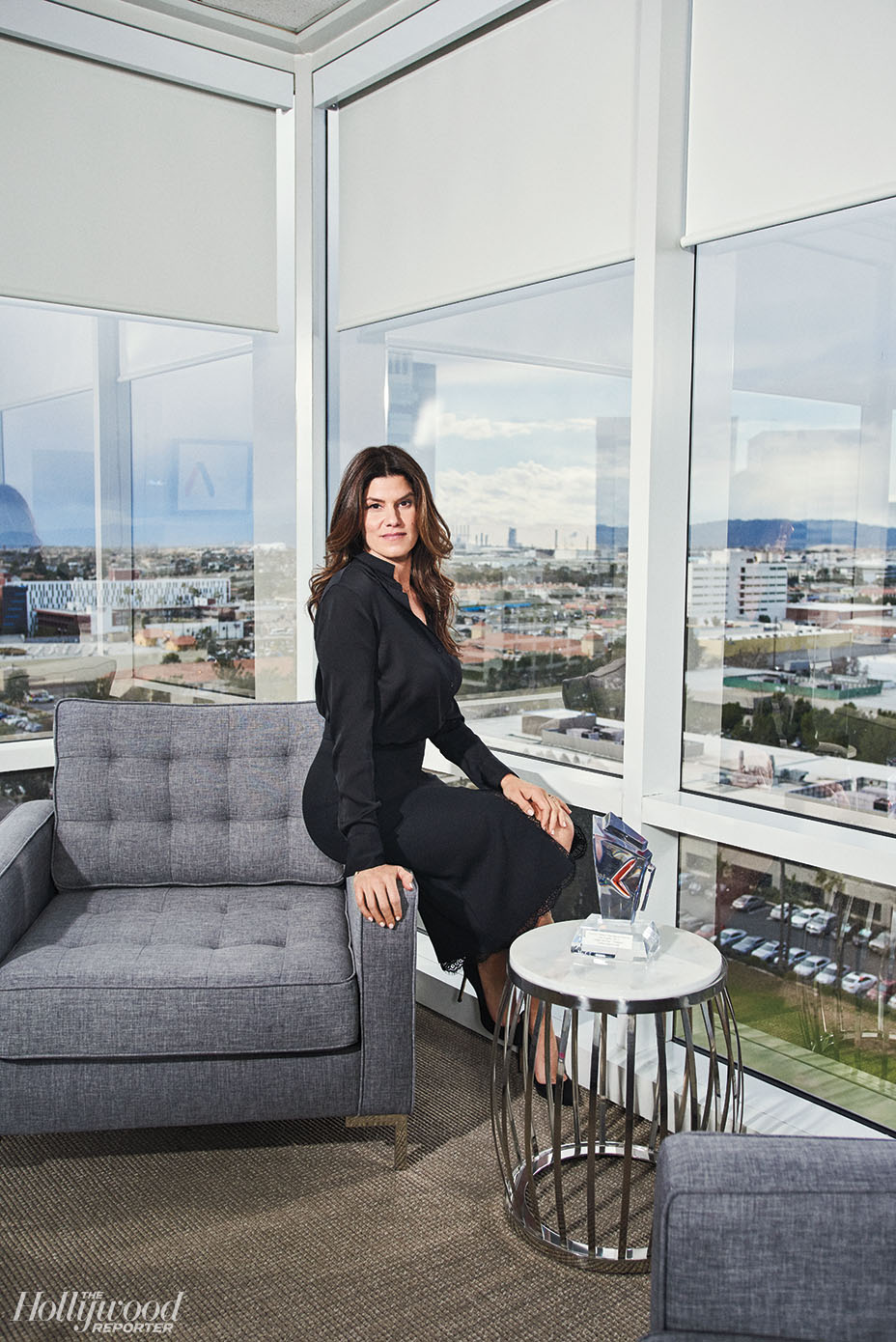 Any lessons to take away from Hasbro’s Transformers franchise?

When you say Transformers, the first thing that comes to mind is a successful franchise. It’s a great paradigm for us.

Does the scale of those movies — epic in scope, massive budgets — affect how you develop something like a Hot Wheels?

No, I don’t think it does. We’re working closely with Warner Bros. on what the creative vision for the movie is going to be and what is the best story. Obviously, it’s a franchise. How do we make the best version of what that movie will be? No, it does not need to be a $300 million movie. 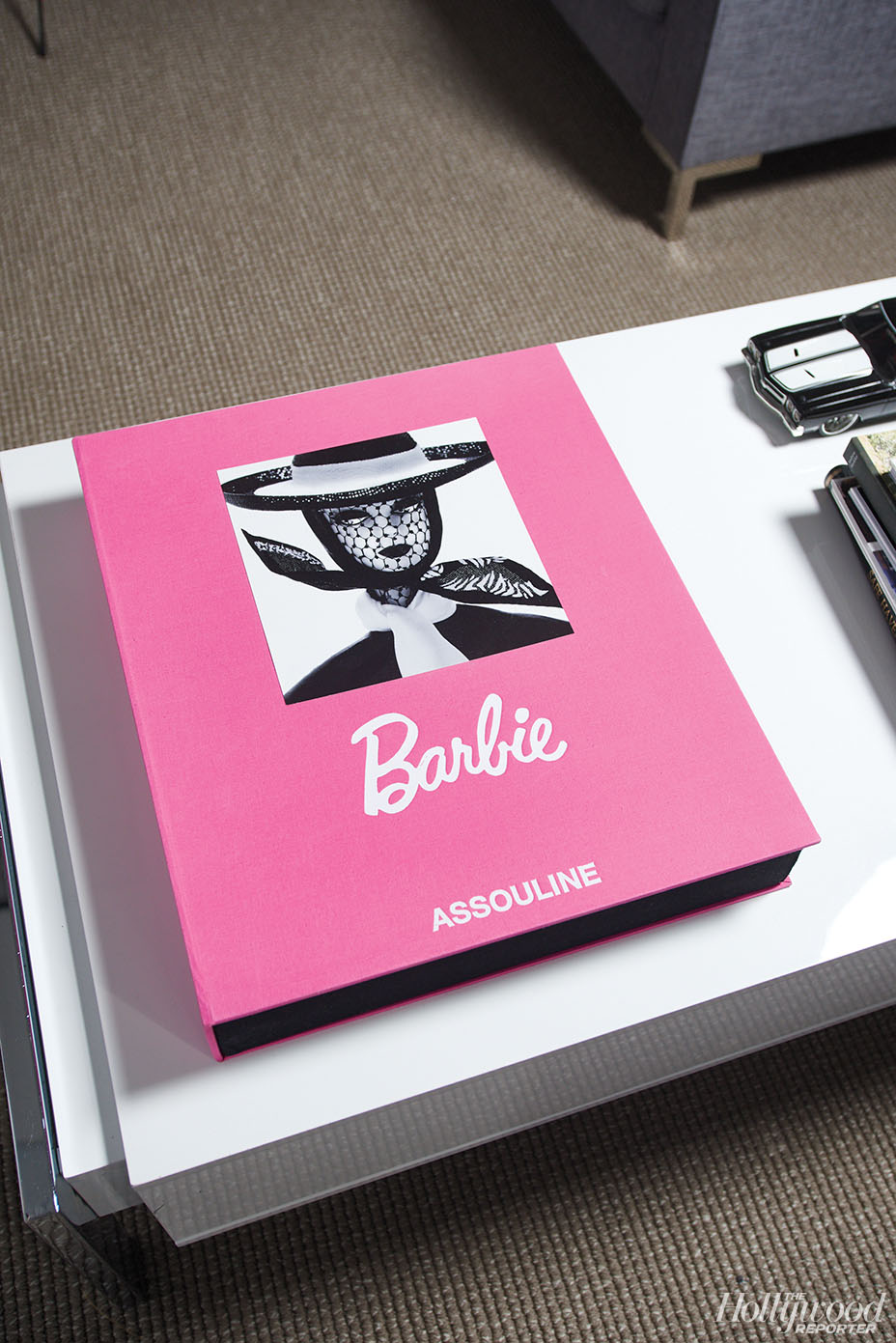 Is Mattel going to pursue storytelling or spectacle?

It’s got to be a hybrid of both, but it all starts with story and rich characters and wish fulfillment and wonder. All of the things Mattel embodies. We want those to live in all our movies.

What are the pitfalls of translating a toy to the movies?

It’s about finding a way into those brands that doesn’t feel kind of generic, like, “I’ve seen that before,” or “That’s been done.”

With Barbie, are you prepared for the inevitable backlash, given the sensitive political climate?

Barbie is turning 60 this year. But if you go back to the root of Barbie and who created Mattel … Ruth Handler created Barbie because she wanted her daughter to have something amazing to play with and her husband created Hot Wheels for their son. [Barbie] was actually way ahead of her time if you go back and look at all of the amazing things that she did way beforehand. Now she embodies what the world looks like today with all the different body types and ethnicities. It is a very inclusive and empowering doll, and that’s what we want to come across. For the people who want to hate and come down on it, they were going to do that anyway. The movie will be very positive. 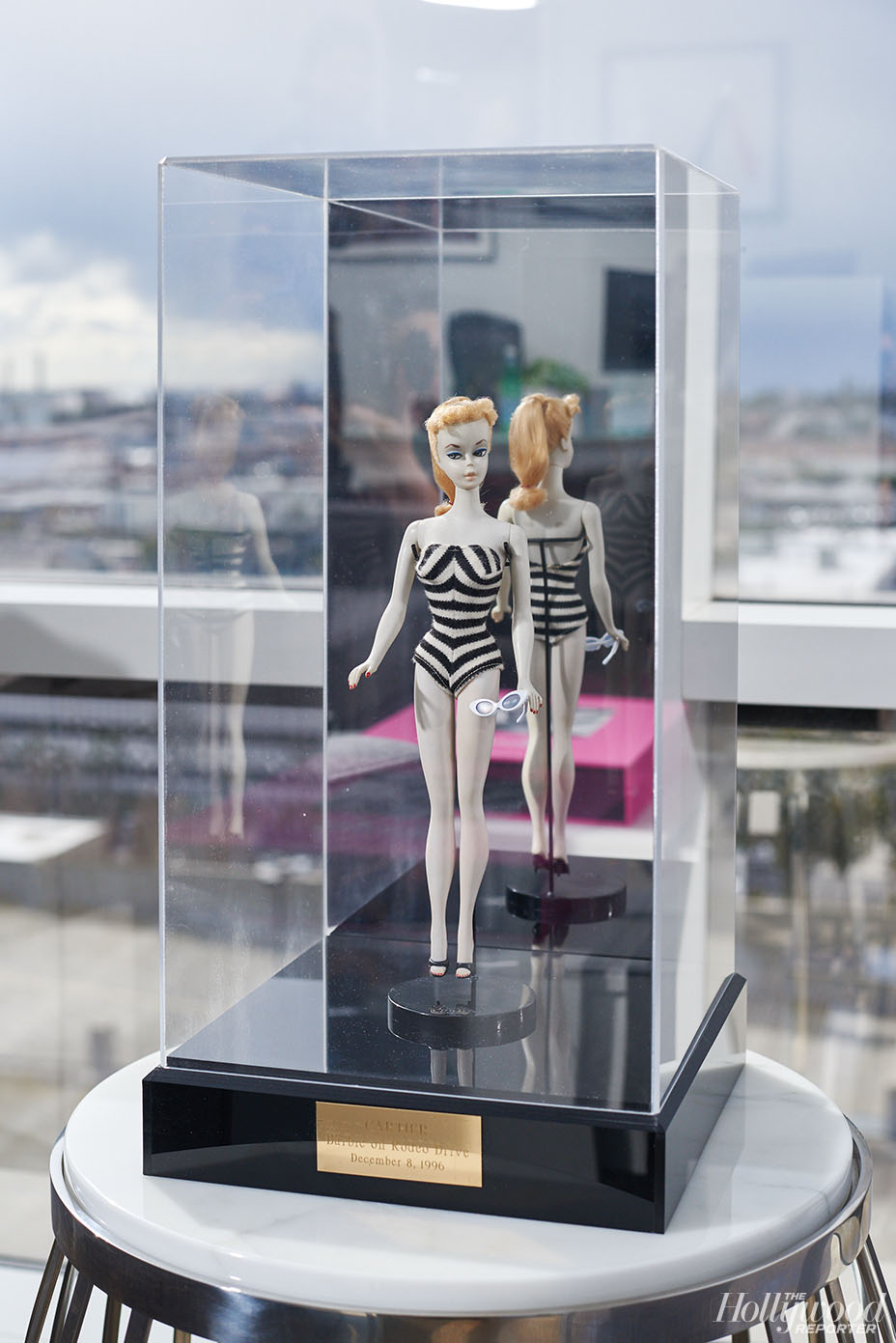 When developing franchises, a lot of brand-driven companies are using writers rooms. Will you be using them for your projects?

We did one yesterday! It was amazing. It was for View-Master.

Do they even work?

Yes! It gives great inspiration. Did we come away with a story? No. But that wasn’t the point. It was sort of a way to just understand where all of these different threads could possibly go and put all these great brains together in a really fun, inspiring place to be. 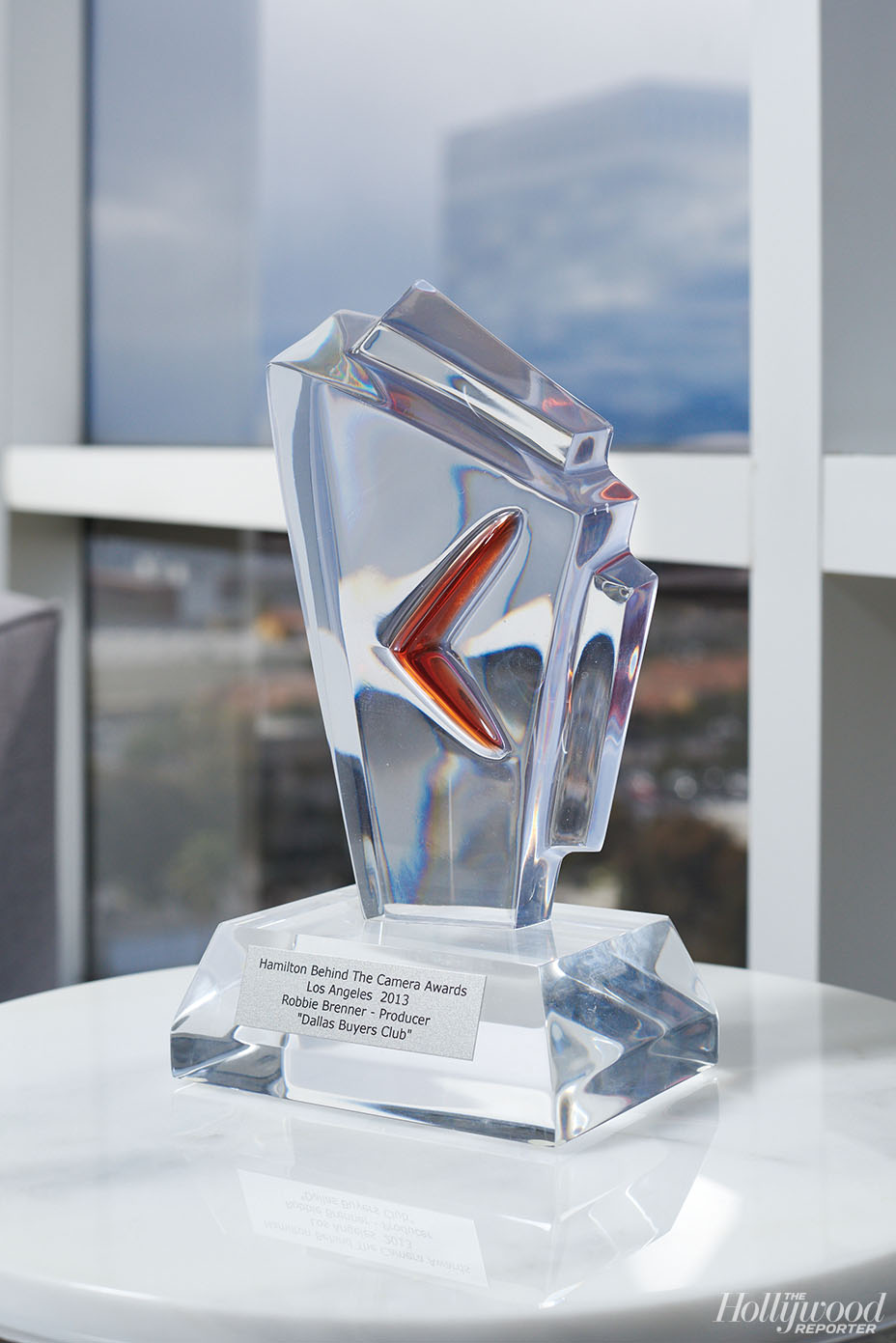 Will you be seeking partnerships with streamers?

They’re certainly interested in our material. The library is incredible. In the world we live in, we’re all about IP and pre-awareness. We have something that most people don’t have.

Masters of the Universe has been in development for ages at Sony. What’s been the biggest obstacle on that project?

Most of that predates me, but thank God for movies like Guardians of the Galaxy and Deadpool that have really opened up that space. Even Aquaman. There’s a lot more room to make movies that have interesting tones. Masters tonally has some humor to it. With those movies in the ether, it makes it a lot easier for Masters.

Your race-relations drama Burden was at Sundance in 2018, where it won the Audience Award, but it wasn’t picked up. What happened?

It was the last movie I made [as an indie producer]. It scored through the roof. I’ve never worked on a movie that got a standing ovation, that plays to African-Americans and to Caucasians equally, that has a call to action, that is so amazing and topical. For whatever reason, this movie has fallen through the cracks. I’m not the only one that can’t understand why. It’s an amazing movie and the world needs to see it and I think they will.

Were you surprised by the allegations against Harvey Weinstein?

I don’t think “surprised” is the right word. I was saddened by them. 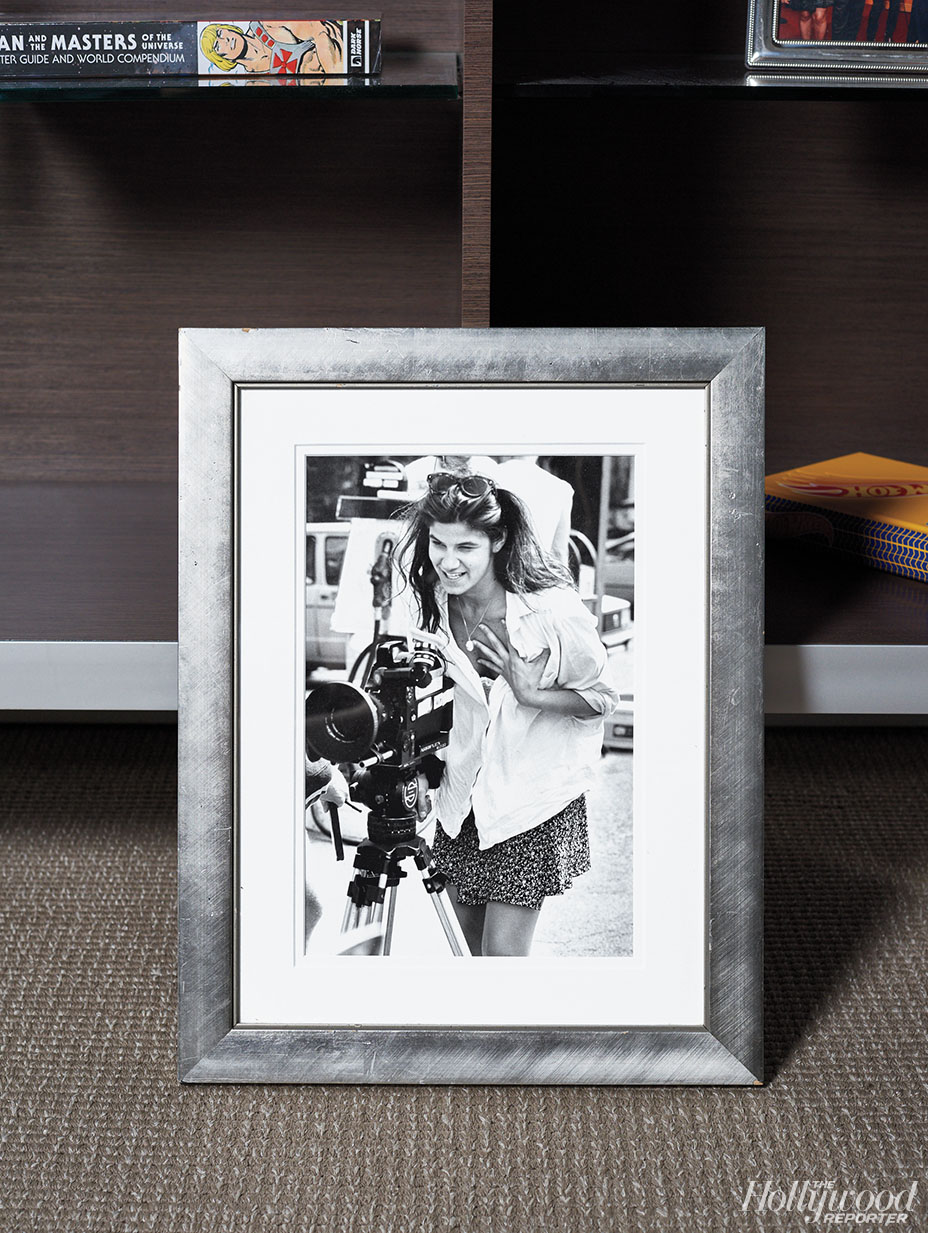