Kate Middleton isn’t the only one with some royal news.

One day after the Duchess of Cambridge revealed she was pregnant with her third child with Prince William, Meghan Markle, the Suits actress who has been romantically linked to Prince Harry for almost a year, was revealed as the October cover star of Vanity Fair. “She’s just wild about Harry!” reads the cover, photographed by Peter Lindbergh.

In the story, penned by Sam Kashner, the 36-year-old opens up about meeting her royal boyfriend through mutual friends in July 2016, as well as the ups and downs that come with her newfound fame. “It has its challenges, and it comes in waves,” she said of her rise from USA Network supporting star to international headliner. “Some days it can feel more challenging than others…. And right out of the gate it was surprising the way things changed. But I still have this support system all around me, and, of course, my boyfriend’s support.”

The tabloid muck, most prominent in England, has included smears about her biracial family, her divorce from producer Trevor Engleson after two years of marriage and her childhood spent attending Catholic schools. The language got so out of hand that in late November, Prince Harry issued a statement asking the press to leave his girlfriend’s personal life out of the headlines. Though Markle says she doesn’t read the news — not even stories about Suits — plenty of fellow celebrity friends have reached out to lend their support, including Serena Williams, who herself just gave birth to a biracial daughter.

“We’re two people who are really happy and in love,” explained Markle about herself and Prince Harry. “We were very quietly dating for about six months before it became news, and I was working during that whole time, and the only thing that changed was people’s perception. Nothing about me changed. I’m still the same person that I am, and I’ve never defined myself by my relationship.” 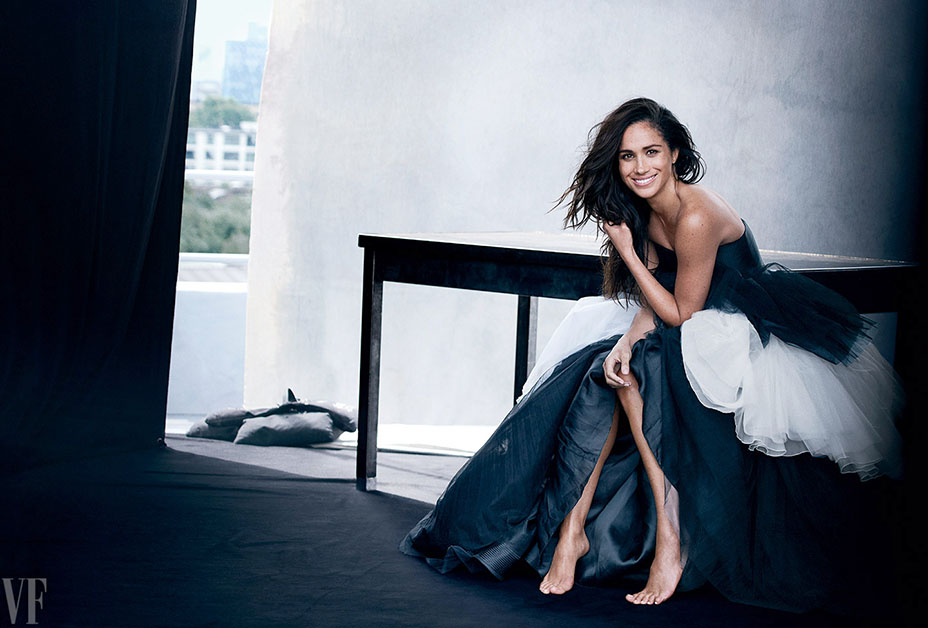