That nod is just one of many that the Santa Monica photo op-driven eatery, called Fetch, has in store for fans of the 2004 cult high school comedy written by Tina Fey.

However, as of Oct. 16, ticket sales had been postponed. A rep for Fetch told The Hollywood Reporter that they are in discussion with Paramount about licensing and are now planning to open in the first half of 2020.

Guests will be able to choose an appetizer, entree and dessert among options such as the Just Stab Caesar Salad with pink dressing, Whatever Cheese Fries with pink cheese sauce, Coach’s Hot Dog with pink coleslaw, Pusher Pizza and Bitch Burger with pink coleslaw that will have customers asking, “Is butter a carb?”

The food and cocktail menus are still in development, though a bar will be available with Mean Girls-themed drinks for sale, potentially including the She Asked Me How to Spell Orange Twist with vodka and other references to Swedish Fish and Toaster Strudels.

Fetch is not affiliated with Mean Girls, Paramount Pictures, Lorne Michaels Productions or any of the cast or crew, per a disclaimer on the website. Instead, it’s a collaboration with commercial real estate firm Festival Companies Inc., which manages the property, and Rixton Productions, LLC., an experiential event production company that’s behind BrunchCon.

“There’s a lot of viral events happening these days,” says Sarelyn Radecke, founder and creative director of Rixton, to THR. “Every month or so, it seems like there’s a new one popping up. But we haven’t really seen anything that focuses on the ’90s girl demographic — all of us who watched these movies in the ’90s and early 2000s and loved them. There’s nothing that’s really catering to them.” Other shows to inspire pop-up events and restaurant takeovers in Los Angeles have included Stranger Things, Gilmore Girls, 90210, Saved by the Bell, Friends and Schitt’s Creek. 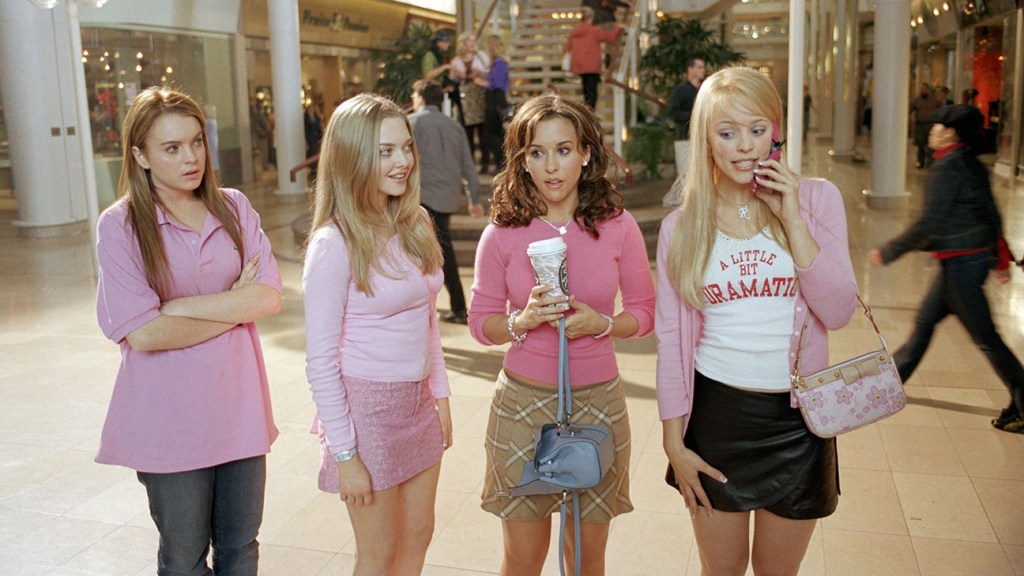 Radecke decided to mark the 15th anniversary of the Lindsay Lohan starrer with a pop-up to bring “everyone back to the way we felt when we were watching the movie for the first time,” she says. “Basically everything will be a photo op. … Mean Girls is one of those movies that I think every girl who grew up in the ’90s and early 2000s quotes at least probably five to 10 times per year. So it’s looking at those moments and saying, ‘What can we capture for this experience?'”

Although the pop-up is not open on Wednesdays, the suggested dress code is still pink, of course. The Mean Girls soundtrack will be played throughout the space, which will be decorated like the school cafeteria. Fetch will also include moments dedicated to Halloween and Christmas, given that the film takes place during both holidays, when Cady dresses up as a zombie bride and when the Plastics perform “Jingle Bell Rock” onstage (recently parodied by Ariana Grande in her “Thank U, Next” music video).

Radecke notes that, since it’s not officially affiliated with Paramount, they did not previously have “any sort of conversation with them whatsoever, but if they do reach out to us, obviously whatever we need to do to remain in compliance and make it that we’re not infringing on any of their trademarks, we will definitely comply with.” They’ve already taken precautions to avoid infringement, as they are not selling any merchandise and are not using the phrase “Mean Girls” directly.

Fetch comes as the Mean Girls musical opened on Broadway in 2018 and Viacom’s Paramount Network International held Mean Girls: The Movie and More, a live experiential event in London in June. This year, Mean Girls actor Aaron Samuels debuted punny wines with Nocking Point Wines named “Wednesday Rosé” and “I’m a Red…Duh!” Also, Skinnydip London is getting in on the action with Mean Girls apparel, makeup, pouches and phone cases.

With the latest L.A. restaurant, the message is clear: Even if you don’t go here, you can sit with us.

The Stars of 'Mean Girls': Where Are They Now?