“It all started back in 1997, when Steven Spielberg came back from wrapping principal photography on Saving Private Ryan. He came over to DreamWorks Interactive, which was his games studio at the time, and got us all in a room and said, ‘Look, I just shot this movie about World War II, it’s rated R. It’s not for kids.'”

That’s Peter Hirschmann from Respawn Entertainment, recalling the meeting that became the genesis of the first-person shooter Medal of Honor franchise: games designed for young players to learn about the war in a way that feels both educational and entertaining. As game director of virtual reality title Medal of Honor: Above and Beyond, which is awaiting a release date on the Oculus Rift, he collaborated with film director Anthony Giacchino to push Spielberg’s original vision even further and offer a series of short films — neither could say how many, they had a call after the The Hollywood Reporter interview — within the game that introduce players to real WWII veterans and transport them to the battlegrounds where the historic action took place.

One of the short documentary films is Colette, featuring 90-year old Colette Marin-Catherine, a surviving member of the French Resistance. Separate from the game, the film is a finalist in the Big Sky Documentary Film Festival and scheduled to screen Feb. 16th.

Before this event, THR spoke with Hirschmann and Giacchino to learn about their experience working on the game and film, and how the two blend together to create an enjoyable and informative experience for video game players and history enthusiasts alike.

What was Steven Spielberg’s original vision for the franchise and how has it evolved since then?

HIRSCHMANN It all started back in 1997, when Steven came back from wrapping principal photography on Saving Private Ryan, and he came over to DreamWorks Interactive, which was his games studio at the time, and got us all in a room and said, ‘Look, I just shot this movie about World War II, it’s rated R, it’s not for kids.’ He lamented the fact that when he was growing up, there were a lot of veterans of the war around him — but [also] the war was very prevalent on TV and in film. WWII had [since] dropped out of popular culture, and he recognized that younger generations weren’t learning about the war.

He then had the foresight to see that one of the dominant forms of entertainment emerging was games, so he laid it out: ‘I want to make a WWII game that kids can play to introduce them to these stories.’ He was very specific about wanting to call it Medal of Honor, because that award represents going above and beyond the call of duty.

That very first game came out two years later on the Playstation 1, which has one millionth of the computing power that you have on your phone. After every mission, we had a gallery feature that was mainly archival footage that touched on what you just [played]. (That’s when Anthony and I first worked together; this partnership dates back over 20 years.) For example, for the mission where you scuttle a German U-boat, you got a little 30-second cut of U-boats at sea and how it all worked. That ended up being an important part of the game because it provided context and hit home that this was real and that people lived through this.

So when we rebooted [the game], the question was, ‘Can we take the gallery above and beyond?’ That led to this project where we interview veterans and take them back to the battlefields of WWII.

GIACCHINO In our conversations, we talked a lot about how it couldn’t just be archival footage. The people who fought in WWII are dying off — of the 16 million who served, there are now around 390,000 left — so we saw this as an opportunity to speak with veterans before it was too late.

HIRSCHMANN  I remember this moment very specifically; Anthony made a joke where he said, ‘Wouldn’t it be great to take [WWII veterans] back to the fields of Normandy? And we thought, ‘There’s no way we can do that.’ And then there was that beat of, ‘But what if we could?’ That was a turning point in the whole project. 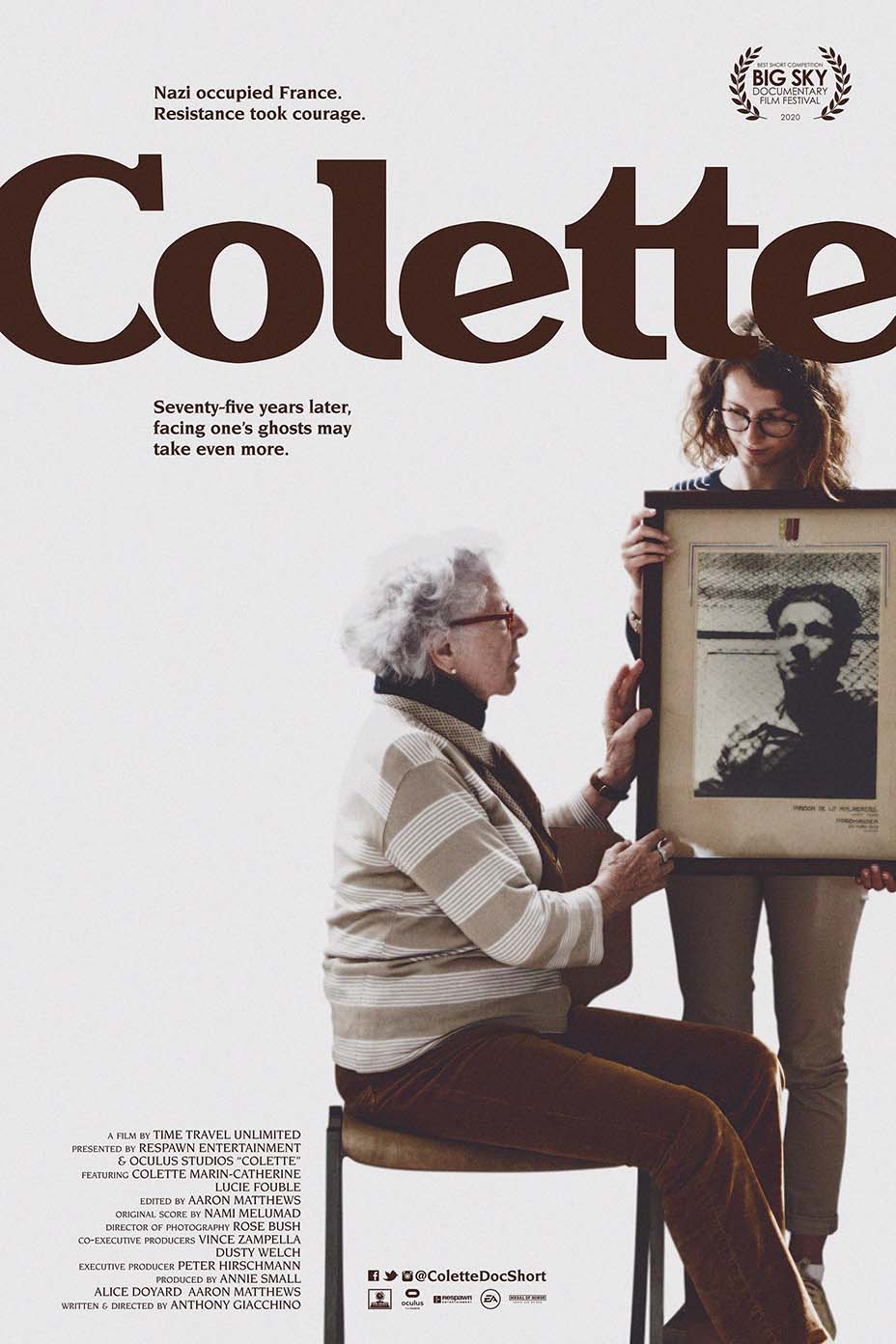 Short films and video games typically cater to different audiences; how have you approached the blending of the two into one immersive experience?

HIRSCHMANN The audience for gaming over the last 20 years has grown up and matured, and the expectation of how high the quality bar will go has gone up. Because Medal of Honor as a game series has always been about authenticity and telling the human stories, that’s made the stories we tell very personal. To have these personal stories on the film side is a completely natural marriage; one provides context for the other. Often when you play a game, you start to empathize and role-play a little bit: ‘What would it be like if this was actually happening?’ And then when you see the stories from people who actually experienced it, I think it makes your experience all the more powerful. That’s always been our goal. These weren’t superheroes; they were ordinary people thrust into extraordinary circumstances.

GIACCHINO If someone watching this takes it a step further; picks up a book or wants to watch something more, I think we’ve done our job. There’s a real educational component to this, and that’s how I approached doing these. There are so many stories out there. You could get lost in the second world war, just in the history of it.

How do the short films within the game reveal themselves for players to watch?

HIRSCHMANN There are a group of them available when you start the game, and then as you play through, others appear. For example, the content that’s related to the Normandy invasion, we make that available once players have played the Normandy section of the game. We have a mission in the game where you have to sneak aboard a German U-boat while it’s under attack, and that’s paired with a movie about a veteran named Frank Watkins who served in the South Pacific on a U.S. submarine.

At Respawn, are you looking at the blending of films and virtual reality as an area of growth?

HIRSCHMANN We’re always looking for the best platforms to tell stories, and games are a wonderful medium for telling stories that really involve the player and allow them to immerse themselves. Being able to walk around virtual sets with virtual submarines and B-17s with live-action actors is like magic, I never grow tired of it or take it for granted. All these techniques, whether it’s straight real-time gaming or bringing in live-action narrative, it folds into a piece of entertainment that hopefully inspires and ignites people’s imagination.

GIACCHINO We also filmed at some of the locations in stereoscopic VR, so you will be able to stand on Omaha Beach or inside a bomb crater.

HIRSCHMANN We’re doing this on the Oculus Rift, and it’s such a privilege to develop for this platform because it really is the best to deliver this experience. It’s hopefully fulfilling that vision Steven had 20 years ago in such a powerful, almost literal way, to let you see the war through the eyes of a soldier.

View a teaser for the film below.

This interview was edited for length and clarity.