As the sun sets on May 19, Charles Finch will stand on the terrace of the Hotel du Cap and gaze across its iconic infinity pool. But as one of Cannes’ (and Hollywood’s) most prominent hosts, he can’t afford to get mesmerized by the fest’s twinkling lights — there are hands to shake, photos to take, conversations to lubricate.

Finch, likely clad in a classic navy suit and white shirt, will be hosting his third annual dinner at the du Cap — and debuting the third series of photos in “The Art of Behind the Scenes,” a traveling exhibit he launched here in 2015 (in partnership with watchmaker Jaeger-LeCoultre). The exhibit features candid moments from notable films of the past 70 years. Welles, Hitchcock, Kubrick, Bergman, Eastwood and other legends are represented.

This year’s 30 new photos may fuel chatter, but not as much as the 130-person guest list (Mick Jagger, Harvey Weinstein and George Miller attended 2016’s dinner, which began as the sun set and spilled into the du Cap lobby bar around 1 a.m.). A uniquely charming bon vivant, Finch is the host guests want to hang with, whether in Cannes, London or L.A. “There are people from all walks of life,” says Brett Ratner, a Finch party regular. “Art, fashion, movies, music, all different cultural experiences.” 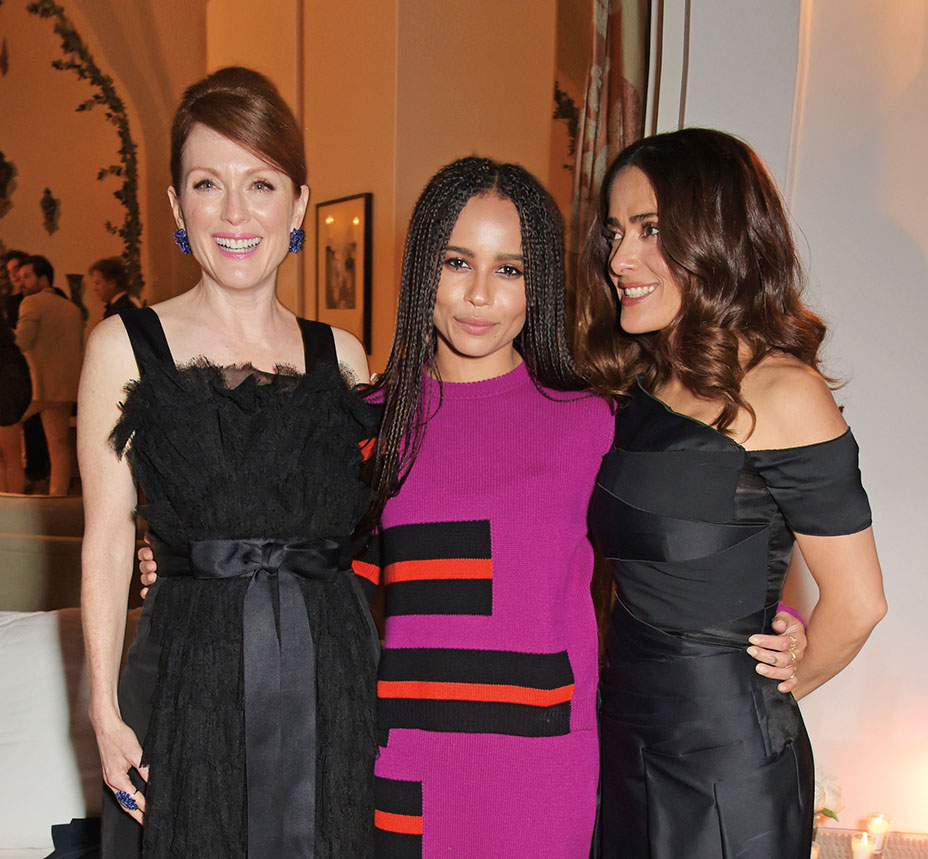 Finch’s father, Oscar-winning actor Peter Finch, showed up in the first “Behind the Scenes” series, but don’t expect a shot from one of the films that the younger Finch, 54, has directed: 1988’s Priceless Beauty, 1991’s Where Sleeping Dogs Lie (starring Sharon Stone) and 1996’s Never Ever. “Three pretty lousy movies,” he says, then reflects more carefully, “When your father is a famous actor, you set your goals so high for your early career.”

He swore off the director’s chair following Never Ever. The love story premiered at the Toronto Film Festival and earned a blistering review that called it “an embarrassingly klutzy romantic drama.” After reading it, says Finch, he couldn’t get out of bed. “I never recovered,” he admits. “It broke my heart.” 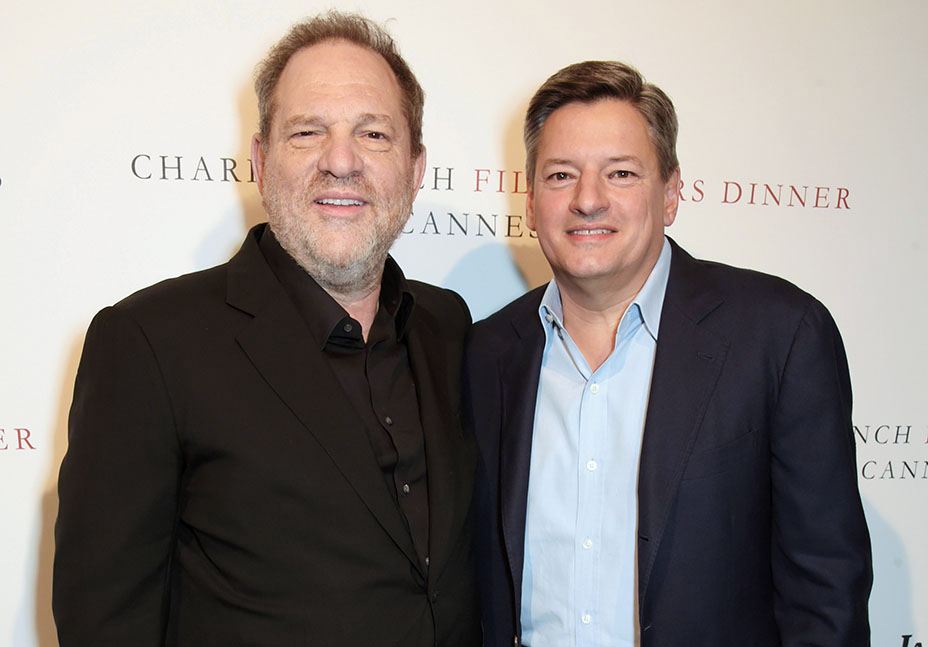 But the negative ink also put his career on a positive trajectory. After his team at William Morris suggested he try his hand at repping actors, Finch became an agent, working with talent and then the brand business. That led to a move to the WMA offices in London, where 15 years ago he founded his own brand strategy/content firm, Finch & Partners.

“The red carpet evolved and became a big opportunity for us, as did the creation of content for brands and celebrity endorsements,” he says, noting such campaigns as Jameson’s First Shot series, Christian Dior’s deal with Jennifer Lawrence, and luxury partnerships for Louis Vuitton and Giorgio Armani. He also oversees a private equity finance unit called Finch Asia and is chairman (and second stakeholder) of Dean & DeLuca, with 66 stores worldwide (and one set to open in London in June). And he serves on two boards: at luxury publisher Assouline and curated film streaming service Mubi.

“For a long time in my career, I had to apologize for being a polymath,” he says. “Now I look at the people who turn their noses at that and I can say that I started my own brand, which has been really successful and continues to be; I’m building a food business, which is a great company; I’ve built a great corporate advisory company; and I made a bunch of f—ing movies. I don’t think I need to apologize anymore.”

Then there are the parties. In addition to Cannes, Finch hosts soirees with Chanel the night before the Oscars (going on 10 years) and the BAFTAs (17 years). “People love to come out for him every Oscar weekend,” says jewelry designer Jennifer Meyer. “It’s such a busy time, and he’s one of the few who people actually want to celebrate with.” Adds longtime friend Eva Chow, “He’s very cultured, worldly cultured, and carries an amazing conversation. Those tend to be the best kind of hosts.” Liz Goldwyn, daughter of Samuel Goldwyn Jr., notes the breadth of his Rolodex. “It’s boring when you go to a party and you already know everyone,” she explains. “Charles knows how to mix it up. Plus, he’s a little naughty, which we always like.” 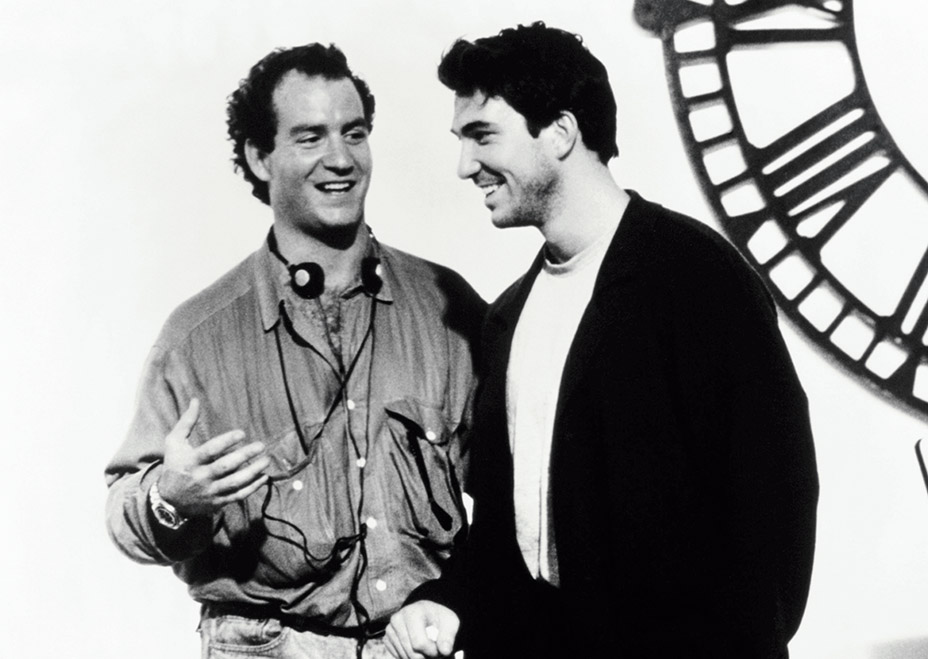 Finch, who lives in London, insists his Cannes parties are not defined by bold-faced names. “It’s more about which of my friends are in town,” he says. “Who is here, who is interesting, and if we’re lucky, there might be one or two beautiful French actresses who are around.” (Not to say that he’s trying to cozy up to anyone. Finch is separated from his wife, who remains his best friend, he says, and with whom he has a 10-year-old daughter.)

At heart, the unapologetic multitasker remains a cinephile (he executive produces indie films and collaborates with documentarian Nick Broomfield) who can’t shake the desire to direct. “In the next 10 to 15 years, I will reinvest in the movie business, potentially acquire a company,” he says. “If I could make a great movie as a producer or a director, that would obviously be my dream. When I’m older and fatter and more confident, I will direct again. Maybe it will be better than the ones I’ve made.” If not? “The final revenge is that I have a house in the Bahamas.”