For Louis Arriola, there is no such thing as “can’t be done.” The Brooklyn-born entrepreneur had already made a name for himself in telecommunications, with VoIP provider LDI Networks (the company has a valuation of roughly $500 million). In 2015 he branched out into entertainment, financing and producing with Will to Love, directed by Chris Stokes. NYLA Media Group made another recent splash, announcing that it will co-finance Millennium Films’ Rambo V: Last Blood.

But Arriola’s latest target is farther afield: the Dominican Republic, where NYLA is establishing a $100 million, state-of-the-art film studio and a 5G network in Punta Cana, along with housing and training for entertainment tradespeople. Vertical integration is the name of the game for the company, which is designing its IP to exist across multiple platforms, from games to movies and series, and to stream at least in part through Arriola’s telecom venture and in-the-works 5G network.

The first two of such projects are beginning life as games, with plans to become films: Flagrant Foul, a basketball-themed property, and Kicksville, a star-crossed- lovers tale in which a sneaker and a ballet slipper fall in love despite their families’ objections.

Arriola, 56, recently spoke to THR about his grand plans for the lush island nation, which he intends to turn into a production, gaming and data hub for the Caribbean and all of Latin America.

Your immediate plans are for the Dominican Republic but with an eye toward the entire Latin American market. What appeals to you about that territory as a whole?

For me, it’s my telecom business. I’ve been doing a lot of business in Latin America. Actually, I have contracts in eight Latin American countries, the Dominican Republic being one of the largest for me. I’m familiar with the different government regimes and what we need to do to make sure that we can create change over there. If we can bring what we have in the United States to those countries, I believe it can be a hub to benefit the region.

Why did you choose DR as the home base for your operations?

There’s a lot of promise. You know how Costa Rica is trying to grow the production [sector]? Well, DR likewise. The DR is actually bringing and attracting a lot of people to come there, not only because of tax incentives that are making it more friendly to be able to shoot there. And the talent — which is what I’m really concerned about, is to grow that talent from within the island — because I don’t want to bring people from outside the island. It defeats the purpose, because when they come to the island, then they have to leave. I want to have homegrown talent and keep them there and give them jobs so that when I do bring projects, I have my team and a team that knows how to work with [for example] athletes, Paramount, and so forth. We want to bring and grow and teach, for them to stay and live in the DR.

You mentioned tax incentives. The Dominican Republic offers a transferable tax credit of 25 percent on qualifying productions and recently decreased its withholding tax from 27 percent to 1.5 percent. How are you seeing these incentives affect production there?

The 1.5 percent is not guaranteed, and it is project by project, but we have a very good system in place. We pretty much feel when we take on a project and the project [is approved], we make sure that we get the 1.5 percent incentive for it to bring in the talent. Outside talent — well, the endpoint for that is that when we do bring in these outside talents, whether it’s keys for different aspects of production, whether it’s production designers or ADs, we want them to teach because that’s the only way we’re going to grow.

Where are you in the process of building the NYLA film studio in Punta Cana?

Right now we actually bought the land. So we bought the 80 acres, and we already broke ground. Of this 80 acres, I’m taking 26 acres to build this film studio. I’m going to build a shortcut to [the adjacent city of] Veron, because right now to get any supplies to that city, it’s a 50-minute drive past my land. So I’m building a two-lane highway across my land to be able to have trucks go up and down the highway so I can get supplies to Veron.

On top of that, I’m going to build out 2,100 homes in that part of the 54 acres that’s left to be able to sell to the workers of Veron at low cost. Part of that sale is going to help me develop my film studio. We’ve already started the highway; we got the permit to build the highway from the main highway to the city of Veron, and that’s under construction. And then we are clearing the land for this film studio and we’re hoping to have the first [soundstage] up and running in the first quarter of next year. 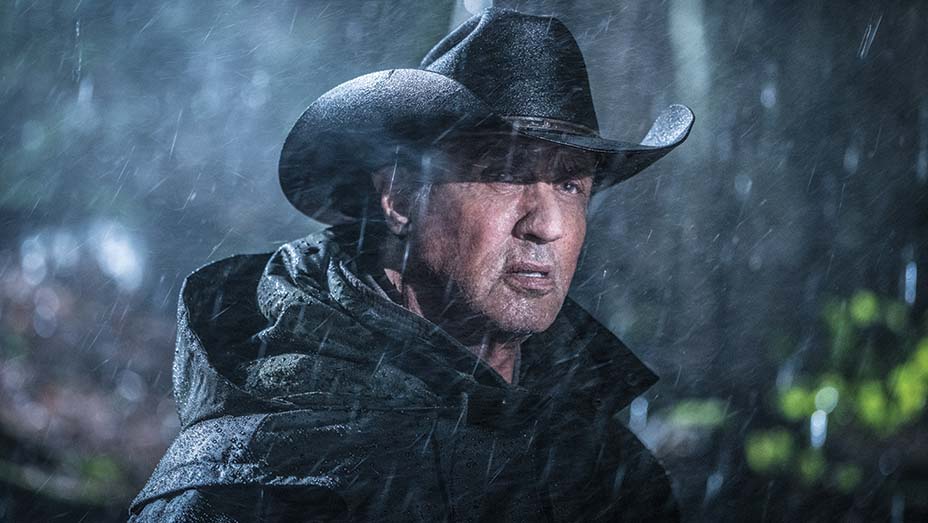 What about your slate of films? I understand you’re planning two types of projects: lower-budget, local-language films for the Latin American market and higher-budget features for the international market.

We’ve seen a shift in Spanish TV, moving from the telenovelas into [a different type of] storytelling. … So what we’re planning to do is bring a strategic model, making these movies, like [for example] Lifetime Channel[-type] movies [with human interest themes], creating them in Spanish and bringing them to the market — creating them in the DR but bringing them to Telemundo and all those places because we believe there’s a market. It’s a niche. Most of them are going to be [made for] television.

What kinds of budgets do you anticipate for those projects?

And the higher-budget features?

Then the other side of it is to be able to bring in the major production, the $10 million to $15 million to $20 million productions and at least try to do three or four of those a year. They’re going to be U.S. projects that we’re going to film in the DR and release theatrically in the U.S. and internationally.

Pinewood Studios has international name recognition and has already established itself in the DR. How do you plan to compete with them?

From Locations to Incentives: The Cheat Sheet for Filming in Latin America

This story first appeared in The Hollywood Reporter‘s May 19 daily issue at the Cannes Film Festival.