Cable news superstar Bill O’Reilly’s fall from the airwaves was years in the making (the first sexual harassment allegation was 13 years ago). But the lawyer who finally helped push the scandal over the edge is Lisa Bloom, 55, who represents the three women whose latest complaints against O’Reilly precipitated his ouster from Fox News. She also has New York state considering an investigation into the network that she called “a cesspool of intimidation and retaliation.”

“Sexual harassment is epidemic in our country,” Bloom tells THR, “but Fox News is definitely the worst.”

If Bloom looks familiar, it might be because she has popped up on cable before; she covered the Trayvon Martin murder for NBC (her book on the case is being made into a mini-series by Jay Z and The Weinstein Co.) and has been a commentator on CNN and HLN. But it also could be the resemblance to her mother, Gloria Allred, the firebrand attorney who repped Nicole Simpson’s family during the 1994 O.J. Simpson trial and got Hunter Tylo $5 million in 1997 after she was fired from Melrose Place for being pregnant. “On a good day, I get compared to my mom,” says Bloom. “It’s flattering because my mom is my inspiration.”

O’Reilly isn’t the first powerful man Bloom has targeted — she’s filed complaints against Bill Cosby and represented several of President Trump’s accusers during his campaign. In fact, she’s been working on sexual harassment cases for three decades, since graduating Yale Law School in 1986. “There’s no shortage of corporate lawyers,” says Bloom, an avid vegan who shares her Woodland Hills home with her tech entrepreneur husband, Braden Pollock. She has two kids, 25-year-old Sam and 27-year-old Sarah (also a lawyer), and also fosters a 17-year-old. “I wanted to represent people who actually needed help. I always knew I wanted to fight for the underdog.” 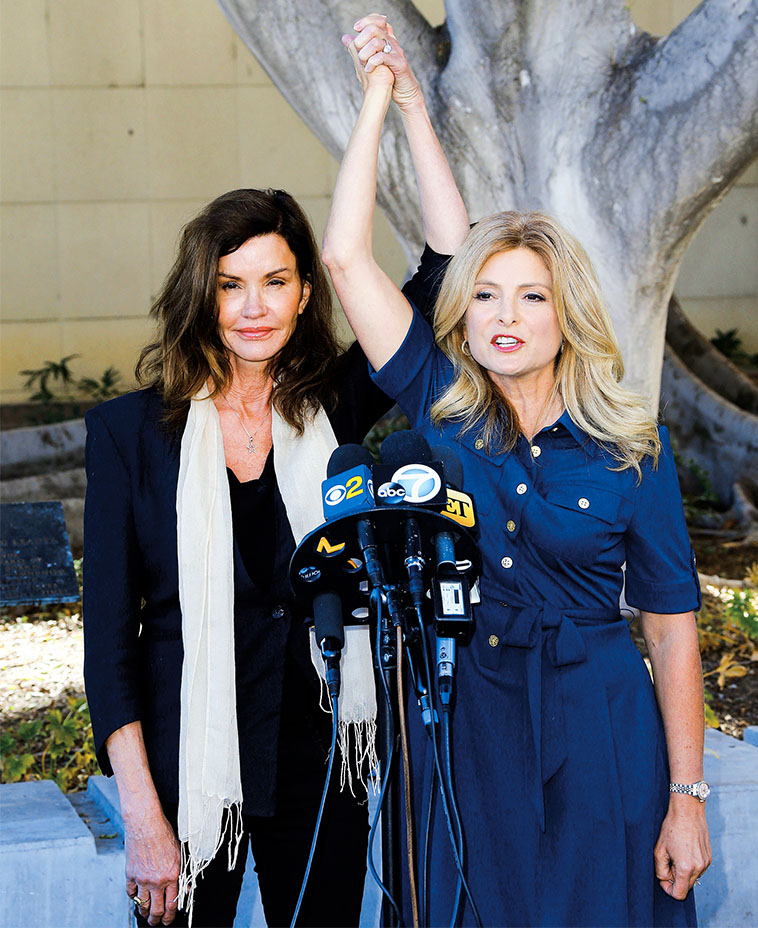